J.B. Kaufman Interview and His New Book - The Fairest One of All

It's big! It's heavy! And with an October release date, it's almost here! J.B. Kaufman's new book, The Fairest One of All: The Making of Walt Disney's Snow White and the Seven Dwarfs is nothing short of an event. Several other fine titles on the subject have been published in recent history, many of them invaluable contributions to our collective understanding. Yet, as Diane Disney Miller writes in the foreword, this one is the definitive book on the making of the film. The timing of its publication also makes it the perfect "official celebratory book" of the 75th anniversary. 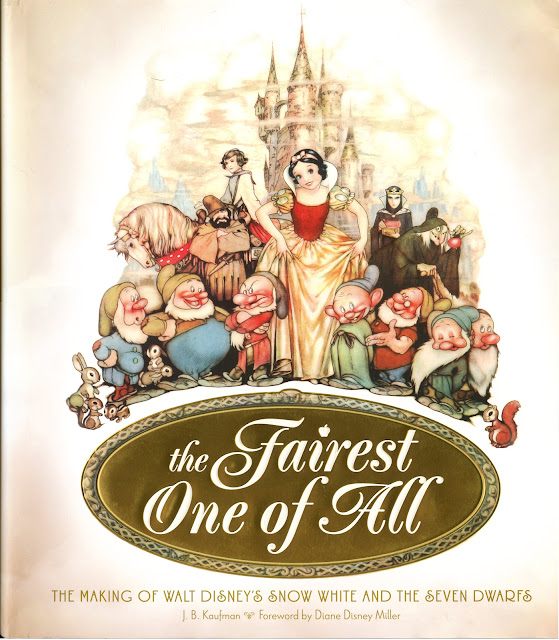 J.B. Kaufman is an author and film historian on the staff of the Walt Disney Family Foundation and has published extensively on topics including Disney animation and American silent film. [rear jacket flap] 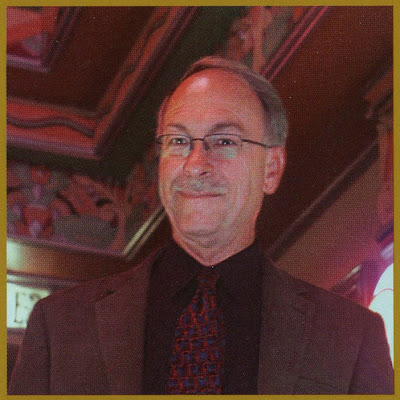 This book is the first to reconstruct the process in exacting detail of how Snow White was made. Kaufman spent years researching the film’s history, interviewing participants, and studying the marvelous archival art that appears in these pages. The result is a work that can be appreciated equally as a piece of film history and as a collectable art book. [amazon.com paraphrased description] 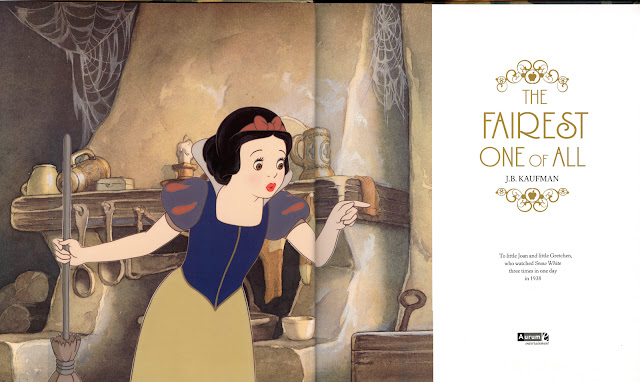 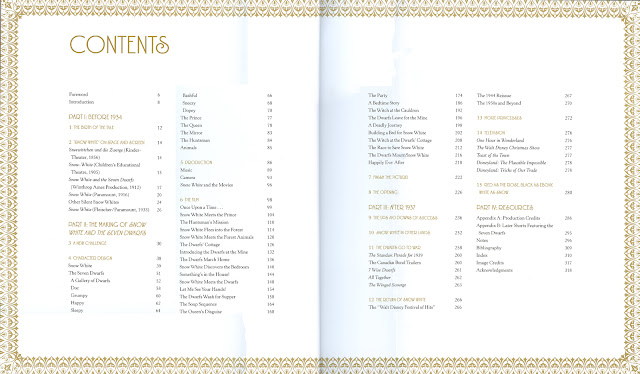 
The Filmic Light blog is all about bringing together the various pieces of how Walt Disney's Snow White came into being and also showing what resulted from it. This is exactly what JB has done with his book. In Part One, background information is presented on those stage and film productions that proceeded and helped to inspire the Disney studio.

Then the heart of the book is in Part Two. From 1933 when the idea first "crystallized" in Walt's mind to the world premiere in 1937, the making of the film is detailed in such a way as we've not been privileged to before. Through the combination of story meeting notes, sweatbox sessions, animator interviews, and numerous other sources, the development of every sequence in the movie is revealed. 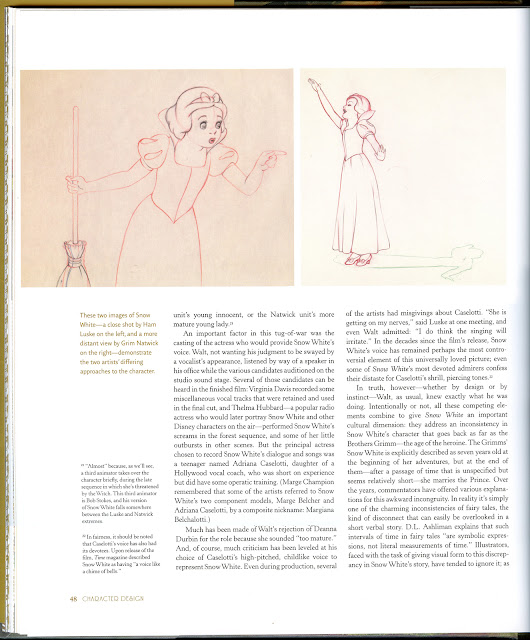 The appendices, footnotes, and bibliography are included in Part Four. Appendix-A in particular details the production credits for each of the film's sequences--invaluable information from an animation history standpoint--laid out nicely for all to see.

Recently, I had the good fortune of being able to ask JB a few questions about his new book...

FILMIC LIGHT: A book as thoroughly detailed and researched as this is not written by someone with only a passing fancy in the subject matter. Tell us about your background and what it was that first attracted your interest in the Snow White film.


JB KAUFMAN: Like millions of other people, I’ve been a Disney enthusiast as long as I can remember, and have a special fondness for Disney animation of the 1930s. I think the Mickey Mouse and Silly Symphony cartoons of those years achieved a gold standard that no other animation studio has ever duplicated at any time. And you can’t love those films and not love Snow White; it was the culmination of all the things the Disney studio had accomplished during the 1930s in terms of character animation, storytelling, use of color, use of music and everything else.


FM: How did you come to write the book and what is it you hoped to achieve by publishing it?


JB: I think I probably always had the idea of a Snow White book in the back of my mind, but several years ago, during a conversation with Diane Disney Miller about other Walt Disney Family Foundation projects, the idea of such a book came up and we made the decision to go ahead with it. The main thing I’d like to achieve is to record this story for posterity.This is history; I think it’s highly significant history; and I think it’s important to make sure it’s not forgotten. 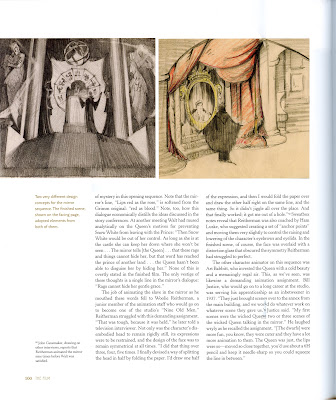 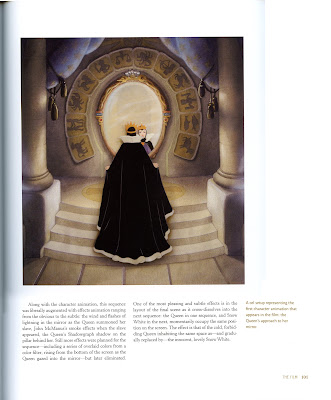 
FM: Your research for the book was extensive, and for a film historian, Snow White must have been a dream come true. Where did you start? What kinds of materials and documents did you go through? Did the bulk of your work take place at the Walt Disney Animation Research Library or somewhere else?


JB: You’re right, a film historian documenting, say, silent film history is usually desperate to find any little scraps of information that will shed light on the films. With Snow White, so much documentation had been preserved that the challenge was just the opposite: to get a grasp of that huge mountain of information and get some kind of meaningful perspective on it. For extensive research into Disney production history, the best place to start is the Walt Disney Archives. They’ve done a magnificent job of preserving story conference transcripts, correspondence, animation drafts, and other primary production papers. I also found some wonderful rarities in the collection of the Walt Disney Family Foundation. Yes, the Animation Research Library is also a great place to do research; their main function is to preserve the art itself, but certain kinds of primary documents were filed along with the art and are still preserved there.


FM: What were your greatest finds?


JB: There were so many that it’s hard to single anything out, but to me the most striking thing is the combination you get when you put different kinds of documents together. For example, the draft for a scene will tell you something about the scene—but if you combine that with the sweatbox notes, where Walt and the directors are asking for changes; the exposure sheet, where the changes are recorded as the scene moves through production; and sometimes the retake order, where a decision is made to revise something after the scene has been filmed the first time, the combined effect is a much more complete idea of how the finished scene arrived on the screen. 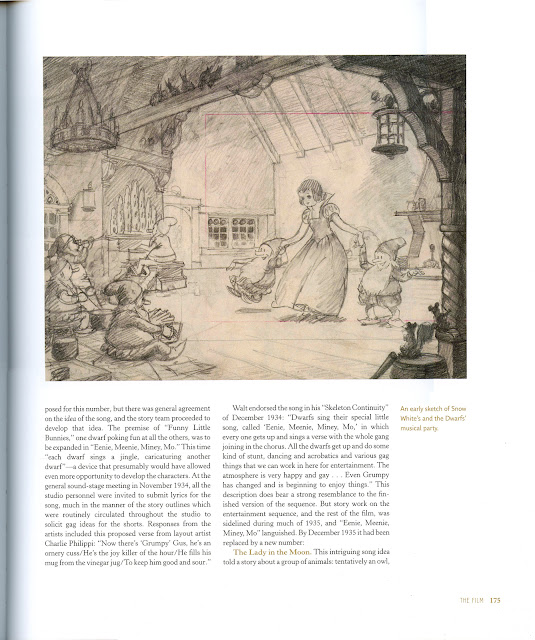 
FM: Most of the people who worked on the film have now passed on, but you did have the opportunity to talk with a few of them a number of years ago. What were some of the more memorable interviews?


JB: At that time they were all memorable because I was just starting out in this field, I was so in awe of these artists, and most of them were so friendly and generous in sharing their memories with a total stranger. Grim Natwick was a highlight, partly because he was such a legendary figure. At the time I wasn’t actively planning a Snow White book, so my questions for him were more general, but of course Snow White was the high point of his Disney experience and he wound up sharing some great memories. I couldn’t afford to travel very much in those days and some of my interviews were done by telephone, but Art Babbitt suggested that I send him my questions and a blank cassette tape. That turned out to be a good system, and I got a good sample of his biting wit! But he was also very kind about taking time to answer my questions.


FM: You laid out the progression of the film in such magnificent detail that your book will certainly become “the” reference for Snow White enthusiasts for years to come. Is there anything in particular that you hope others will take away from it after reading?


JB: Thank you! When a film or any other popular work is absorbed into our culture over a long period of time—even a film as beautiful and widely loved as Snow White—I think some of us tend to get used to it, take it for granted, and stop thinking about it. If this book gets people to start thinking about Snow White again, as you’ve done with your blog, take a fresh look at it, and maybe even come to a new appreciation of it, I’ll be happy. 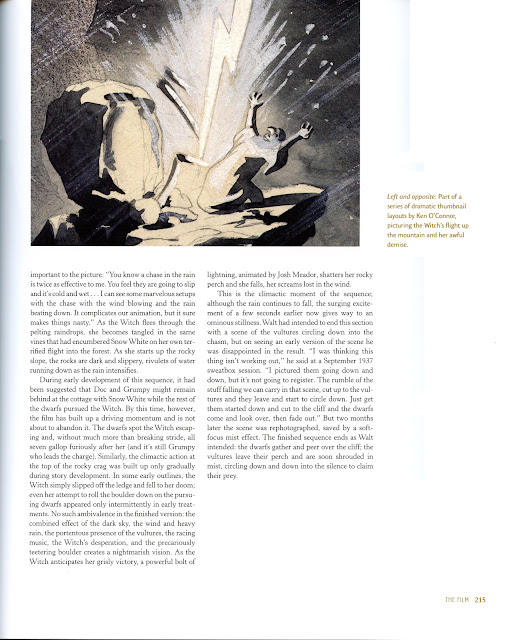 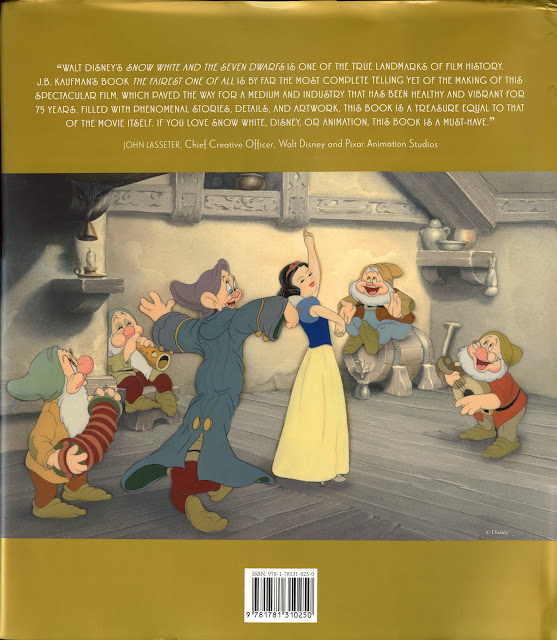 
The Fairest One of All is just one of two books by JB being published this year in celebration of the movie's 75th anniversary. See the companion book in the next post.
Posted by Snow White Archive at 12:01 AM