This delightful little article, "Snow White's Daddy", appeared just about 73 years ago in the June 24, 1938 Family Circle magazine. The piece recounted the visit to the Disney Studio by writer George Kent. He went to have an interview with the man behind the success of Snow White, but Walt was busy. So Kent first got a personal tour of the facility by Clarence Nash (who only goes by the name "Ducky" in the article). At the end of the day after the majority of employees had left, Walt was finally free to be interviewed about Snow White. Yet as it turns out, it seems the two ended up talking mostly about Marceline farm life. 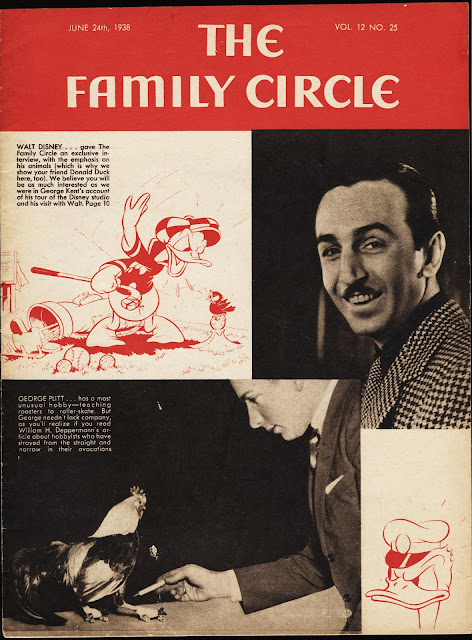 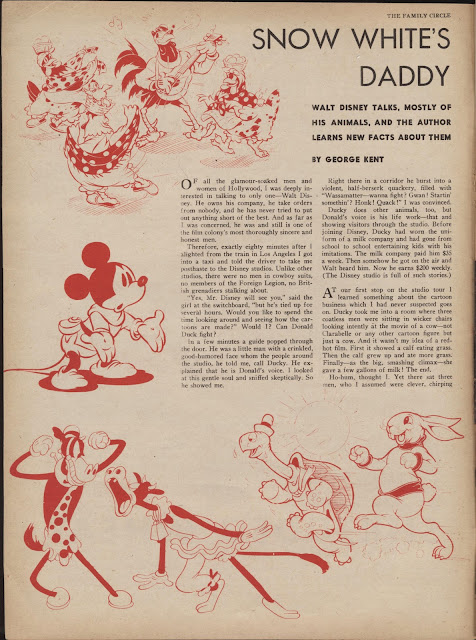 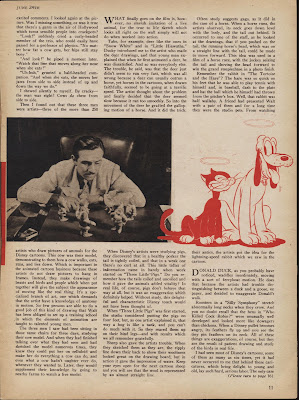 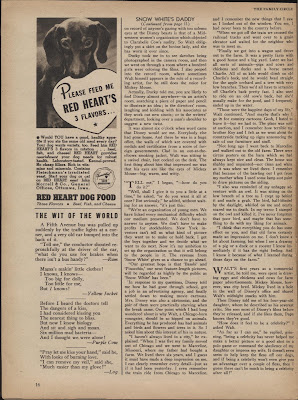 Images courtesy of Rick Payne via dadric's attic. Used with permission.
Posted by Snow White Archive at 12:02 AM