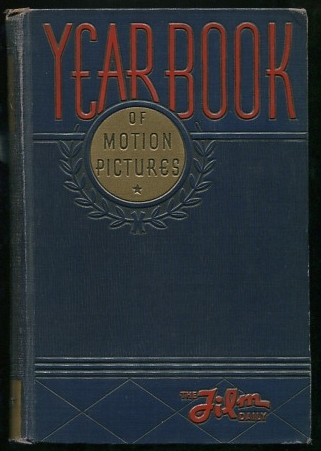 Film Daily was an American motion picture trade journal published from the early 20th century up until 1970. Each year, they would issue a hardbound recap of the movie accomplishments of the prior year.

In the 1939 edition of their Yearbook of Motion Pictures, Snow White and the Seven Dwarfs was honored as the Number One film of 1938, as ranked by a poll of national film critics. The other nine "Top Ten" pictures were similarly honored, each with full-page display.

1st place display with a Christmas-themed illustration of Snow White and the dwarfs hanging stockings over the fireplace. 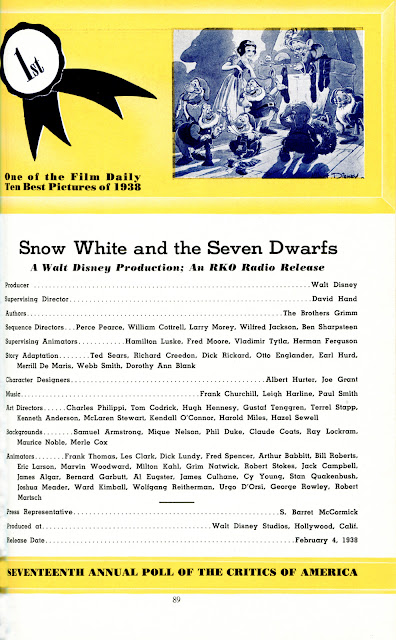 A full color example of this images was originally used for one of the 1938 US lobby cards. 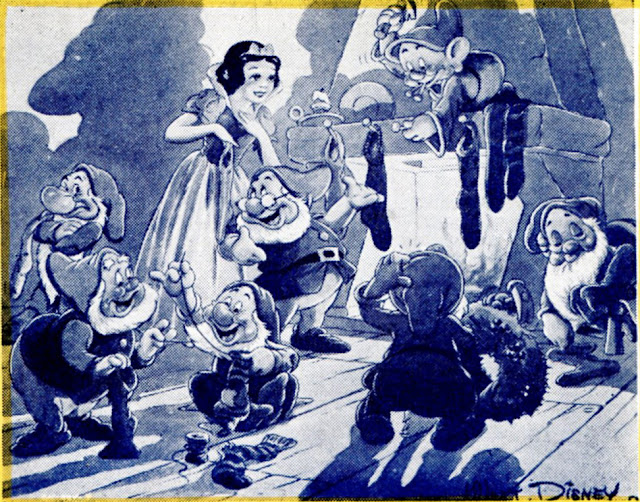 Image scans and info courtesy of the William Stillman Collection.
Posted by Snow White Archive at 12:01 AM