It was seventy-eight years ago, on June 4-5, 1938, that the Disney Studio held its Snow White wrap party. Also known as Walt's Field Day, it was meant to be a reward to his staff (and their spouses) for their dedication to the film project. For three and a half years, they worked tirelessly, often under intense and stressful circumstances--putting in more hours than they were paid--just to see Walt's vision reach fruition. So by mid 1938, Snow White was raking in the bucks, and it was time to give back to his employees as a whole.

Ward and Betty Kimball having a grand old time at the wrap party. 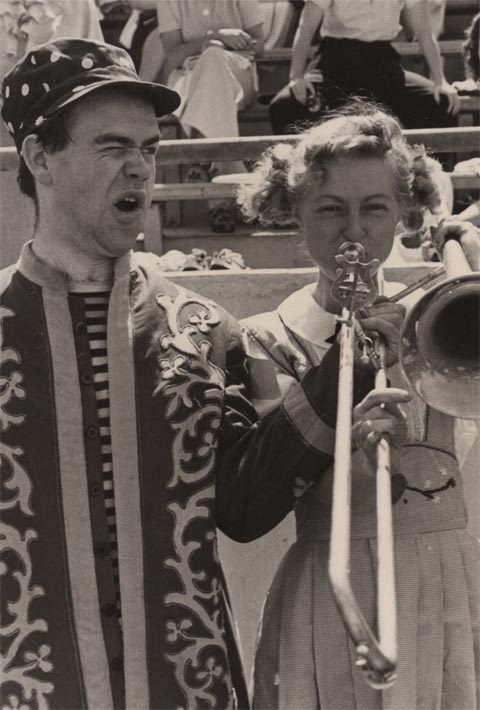 The two-day event took place at the Lake Norconian Resort in Norco, California. Food and activity expenses were on the Disney Studio tab, though guests had to pay for their own alcohol and hotel rooms. Much has been written, blogged, and published about this weekend, though little of it coming directly from the Walt Disney Company itself.

Thanks to Hans Perk's A. Film L.A. site, we get a look at a Walt's Field Day program that lists the daytime activities--including badminton, ping pong, horseshoes, swimming, and more. (The cover art reveals a Mickey Mouse with pupils in his eyes, said to be the first time he was ever drawn this way. Artist: Ward Kimball.) 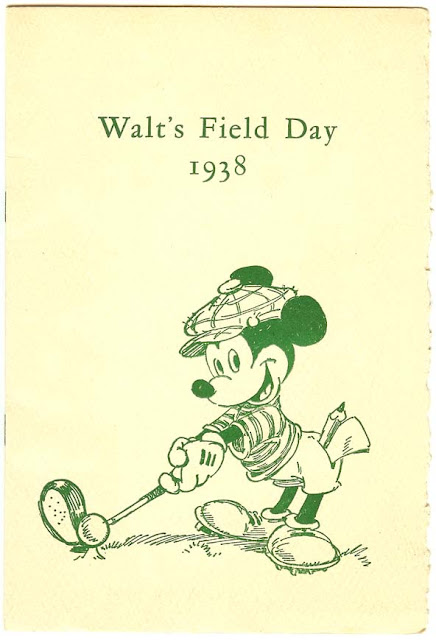 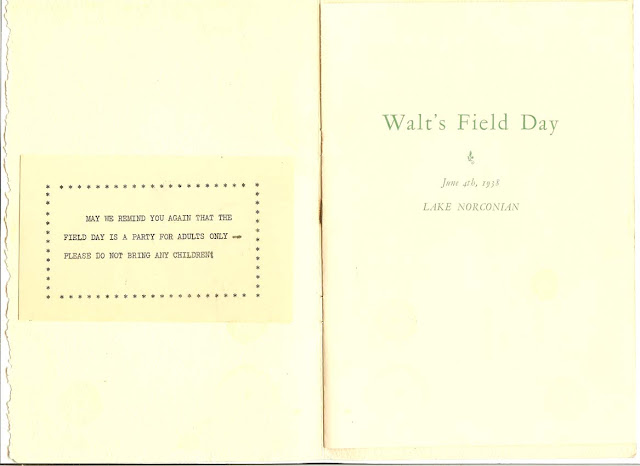 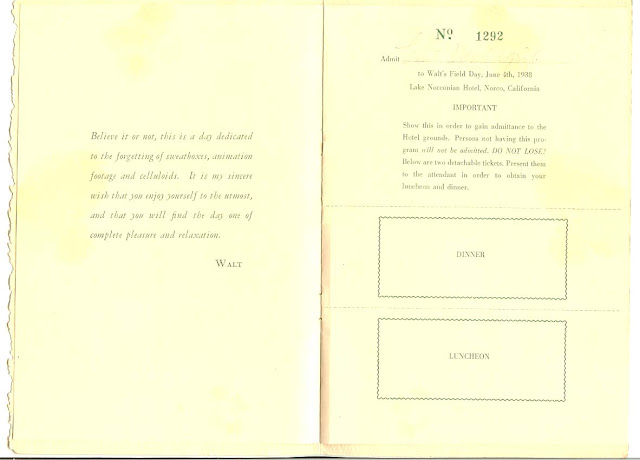 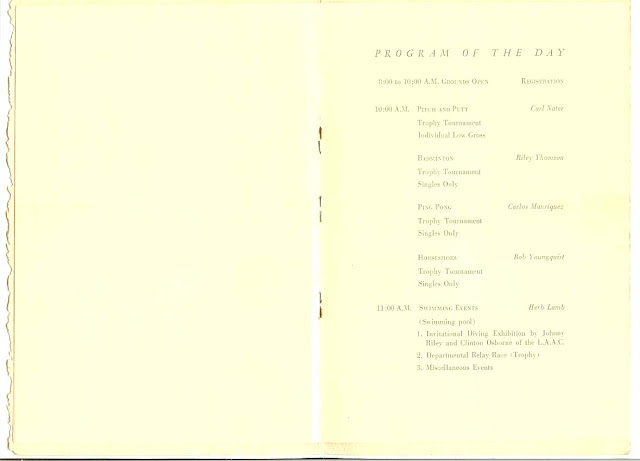 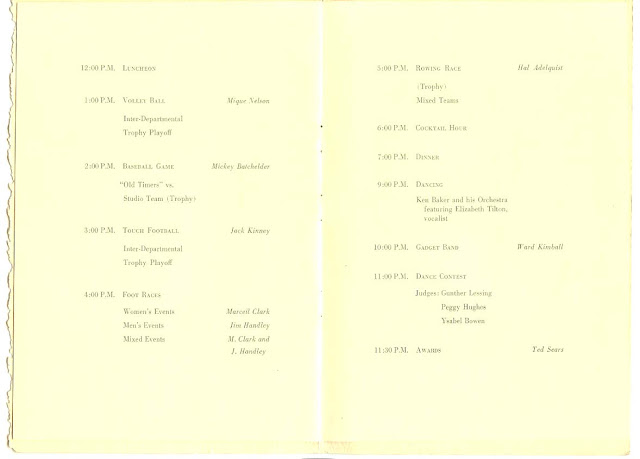 A couple of photos from the day via the BabbittBlog. 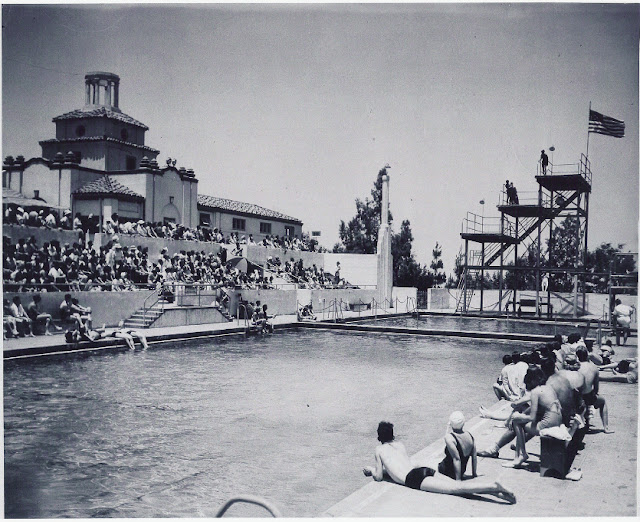 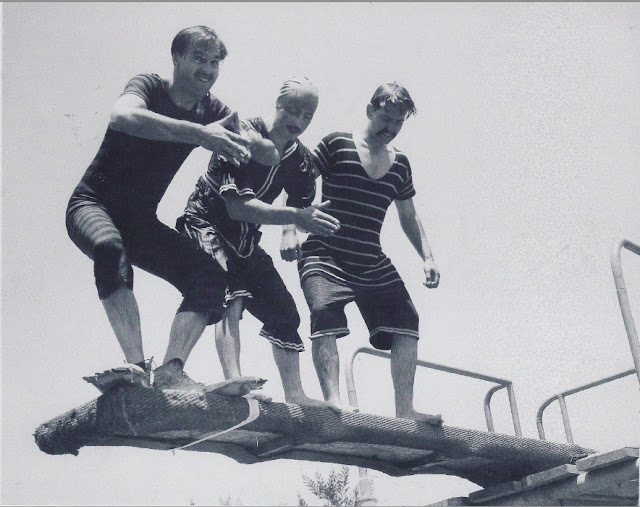 More information on the event and its participants is found in these pages, courtesy of Mike Van Eaton (via A. Film L.A.). It indicates the staff members who reserved rooms. Interestingly, the individual who took down the names made a number of spelling errors, e.g., Ollie Johnson, Chuck Otterstrom... 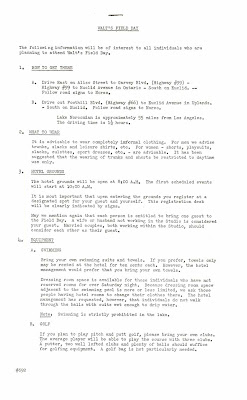 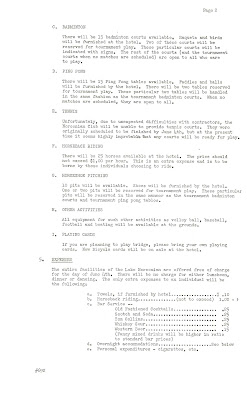 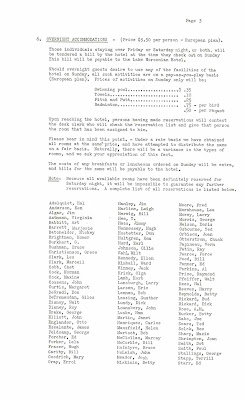 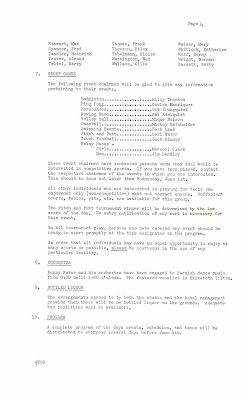 Engraved metal trophies were given out to the winners of nine of the events, including the Boating Race. This cup was won by Douglas "Bud" Rickert, a Disney background painter. It measures 6.25" tall and was up for auction at Hakes back in 2006.

The infamous nighttime activities at Walt's Filed Day will be covered in the next Archive entry.
Posted by Snow White Archive at 12:01 AM