The 2009 Screening at El Capitan 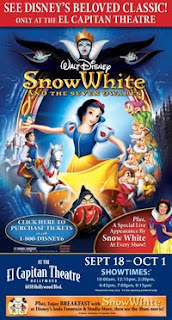 As part of the promotional lead up to the October 2009 Blu-Ray release of Snow White and the Seven Dwarfs, the film returned to the Hollywood big screen for a limited engagement. This time last year (September 18th - October 1st), an exclusive two-week showing ran at the Disney-restored El Capitan Theatre.

Located at 6838 Hollywood Blvd, the El Capitan first opened its doors on May 3, 1926 and was one of three themed movie palaces all developed by Charles Toberman along with Sid Grauman--the other two theatres of course being the Egyptian and the Chinese.

Sixty three years later, the Walt Disney Company along with Pacific Theatres embarked upon a two-year "archeological dig" which led to the restoration and reopening of this historic landmark in 1991. 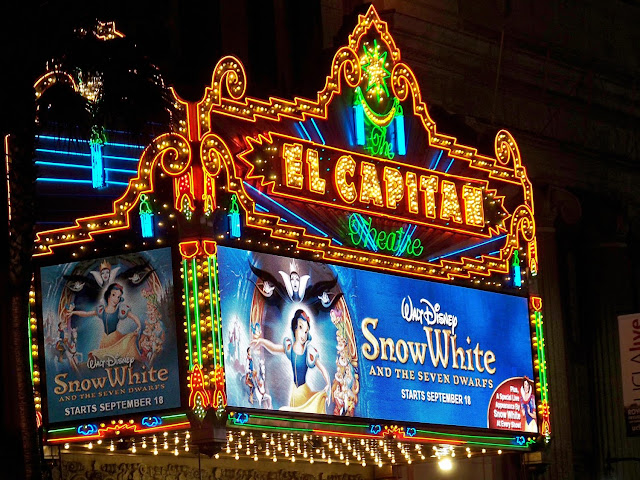 
The return of Snow White to the movie theatre in 2009 was complimented with a special live appearance by the princess herself at every show. For patrons who wanted more, $31.00 (USD) bought you "breakfast with Snow White". Each Friday, Saturday and Sunday morning before the 10:00 am screening, one could dine with her next door at the Disney Soda Fountain and Studio Store. 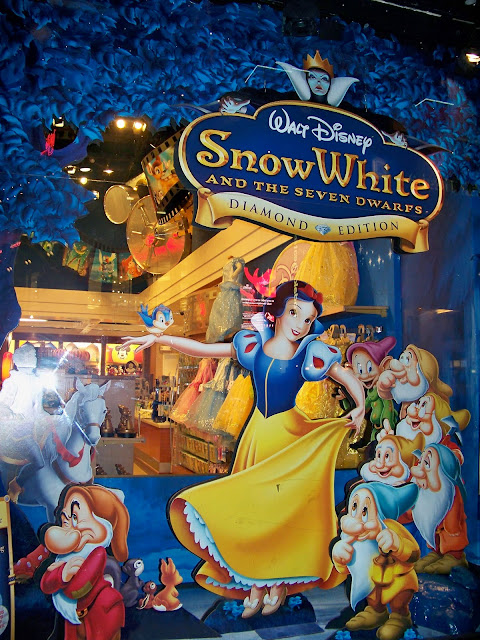