In January 1938, as many of us already know, the original Snow White movie soundtrack was released in the United States as a 78 rpm three-record set by RCA/Victor (see earlier post). The same American recordings were also issued in Great Britain but under the RCA subsidiary label of His Master's Voice (HMV), manufactured by the Gramophone Co, Ltd., Hayes, Middlesex, England.

The British album cover is made from a paperboard-like material. The front design features Snow and the boys in a variation of the Gustaf Tenggren's poster art (though the dwarfs, in particular, have been altered to appear more as they do in the film). 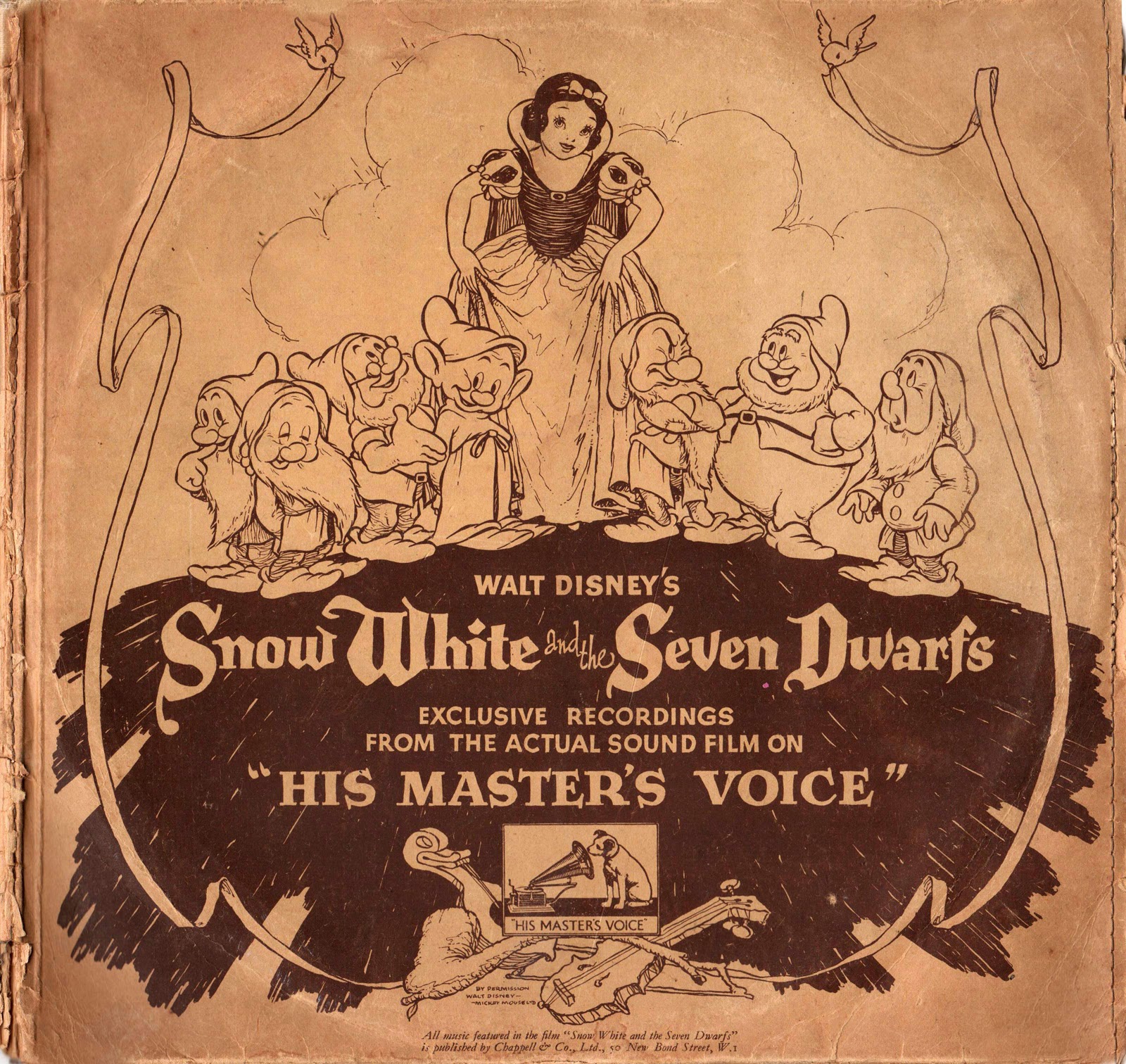 On the back cover, markings in the lower right corner indicate a print date of March 1938 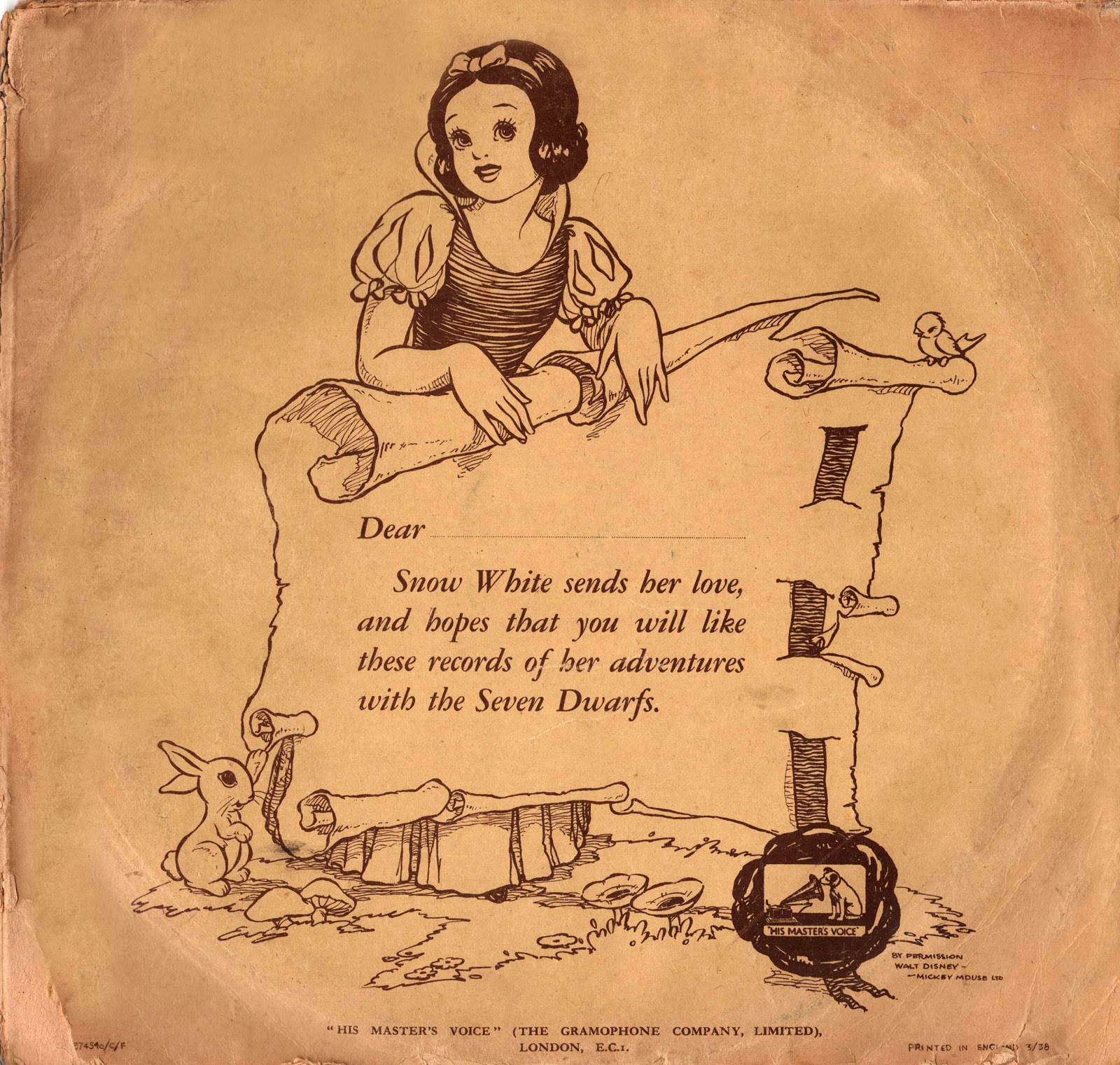 The album opens up into a tri-fold design and on the inner flap is the Snow White story. 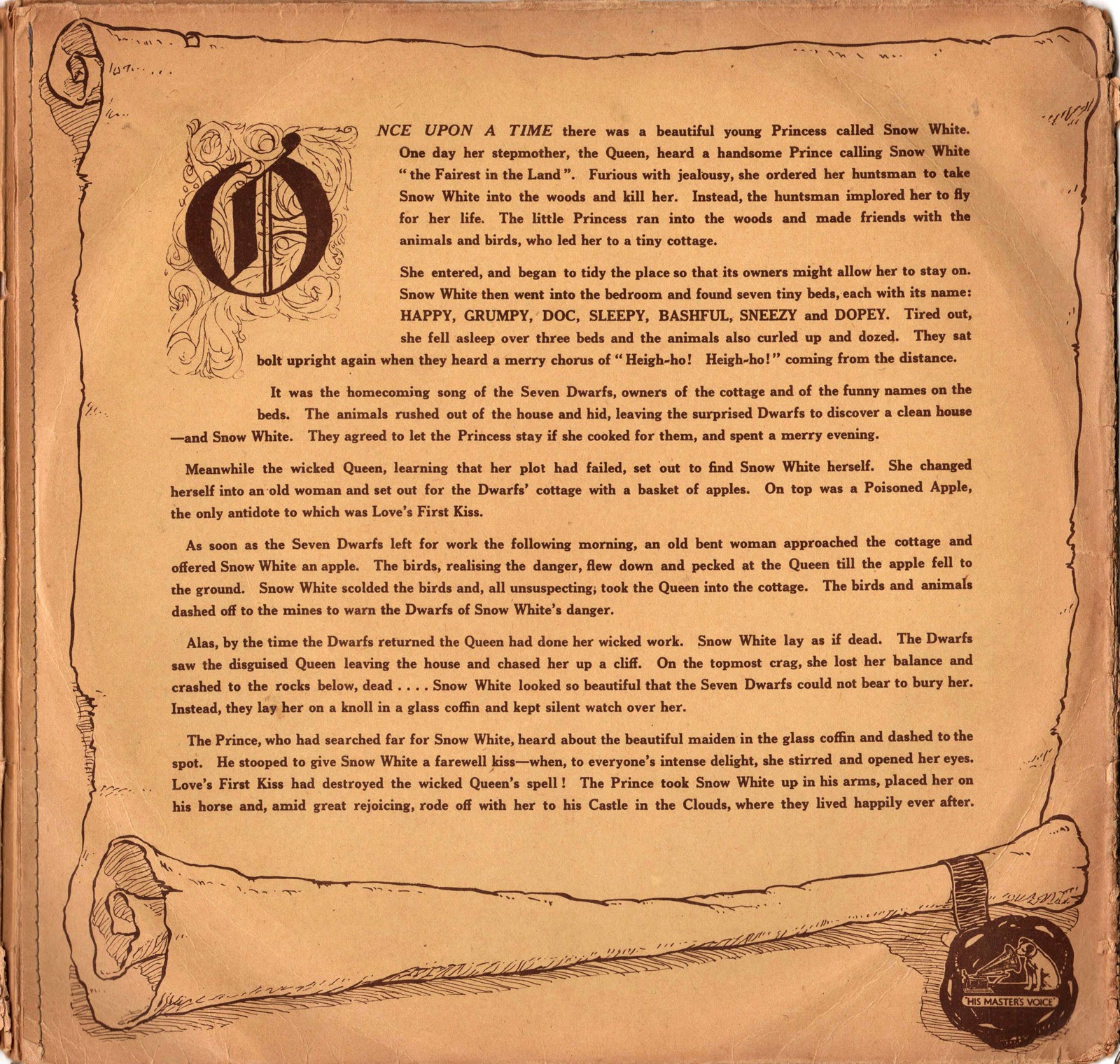 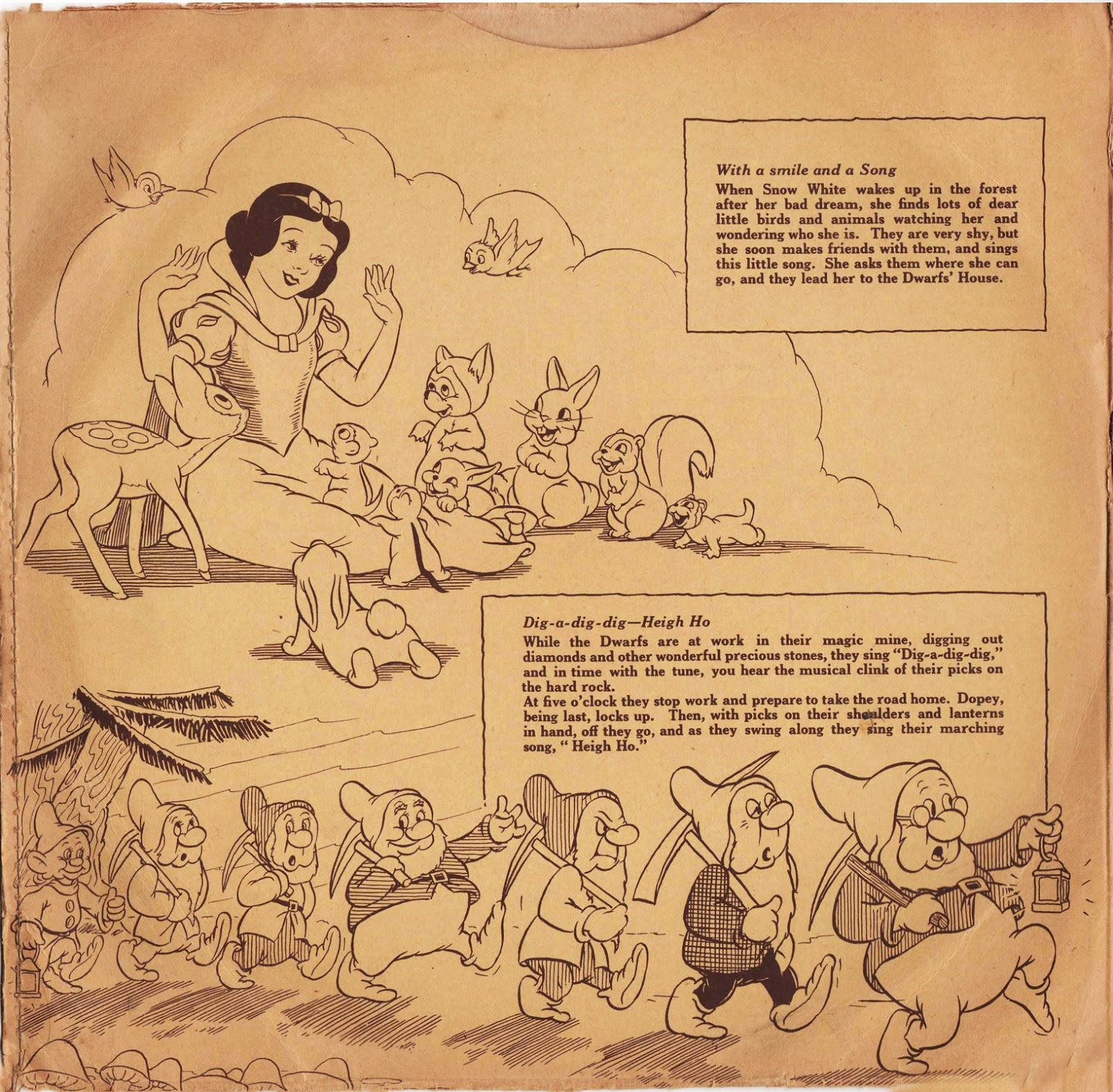 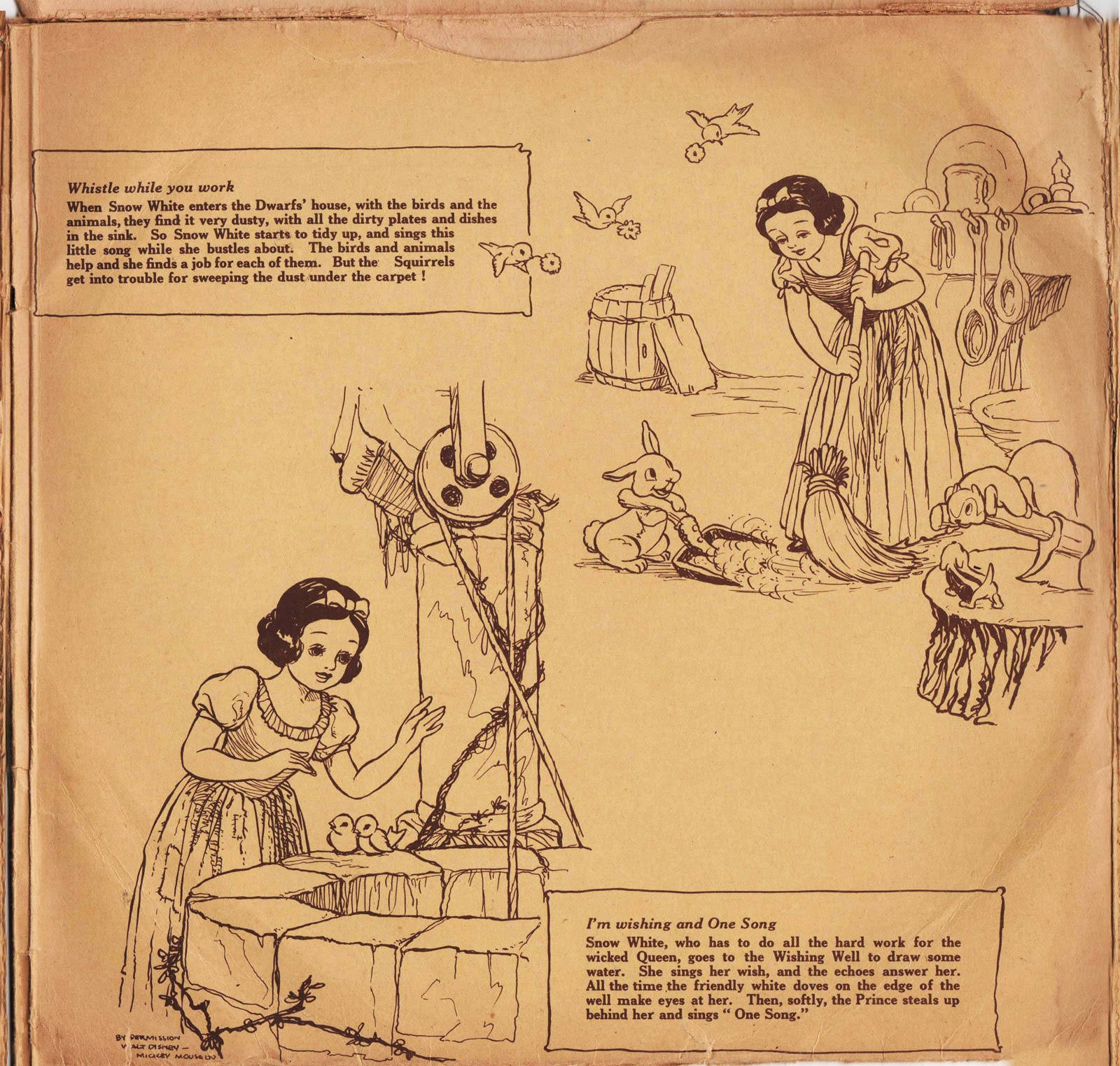 The label artwork is much more colorful and interesting than in the US release. 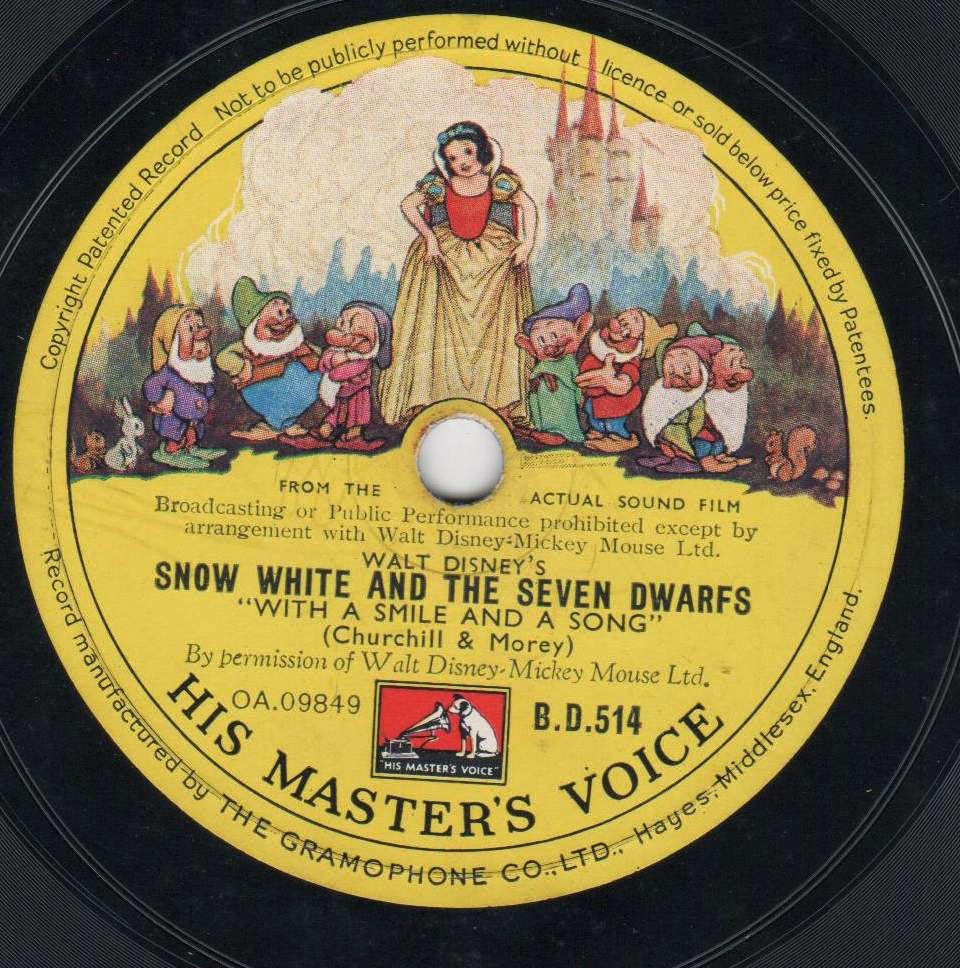 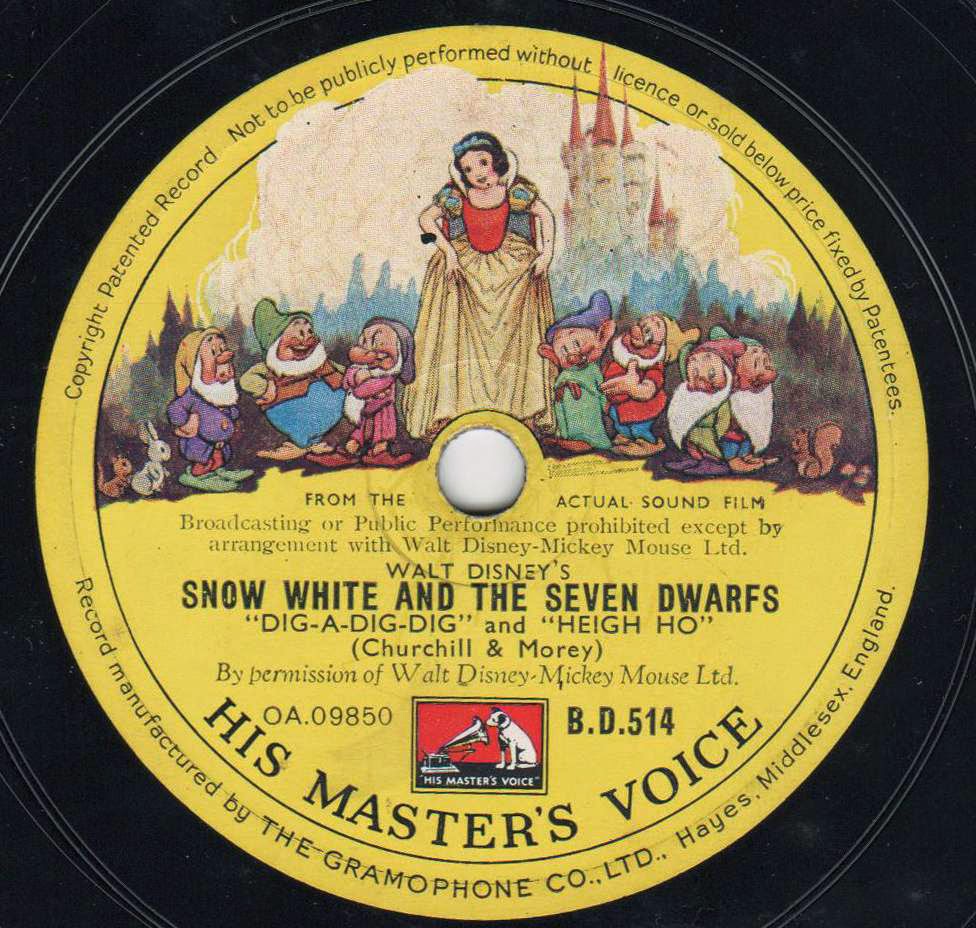 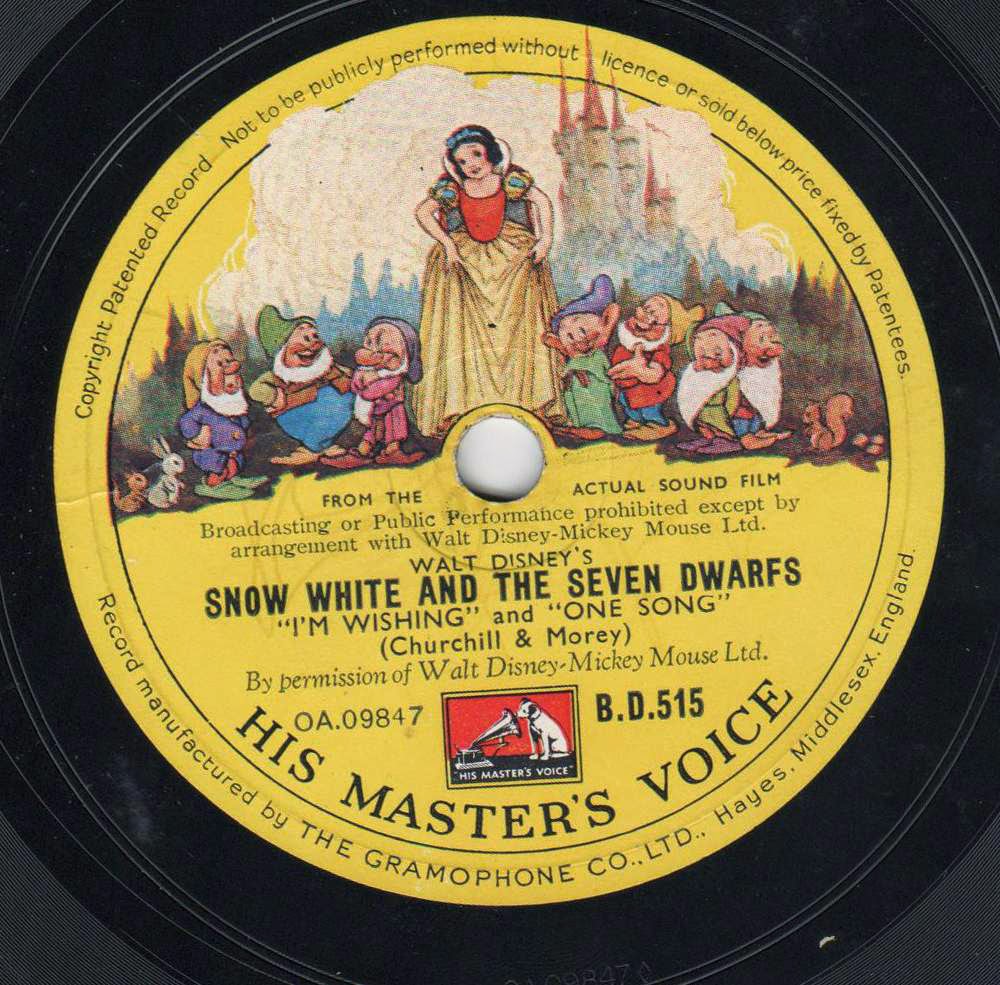 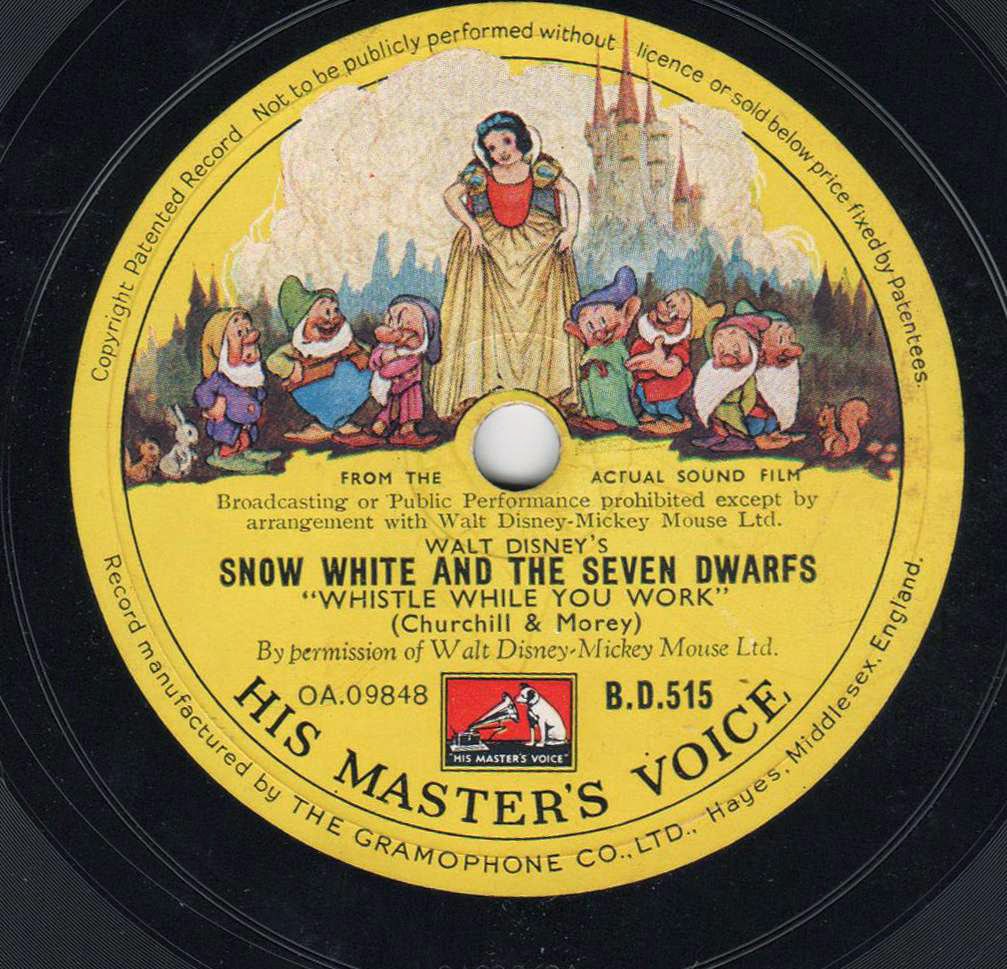 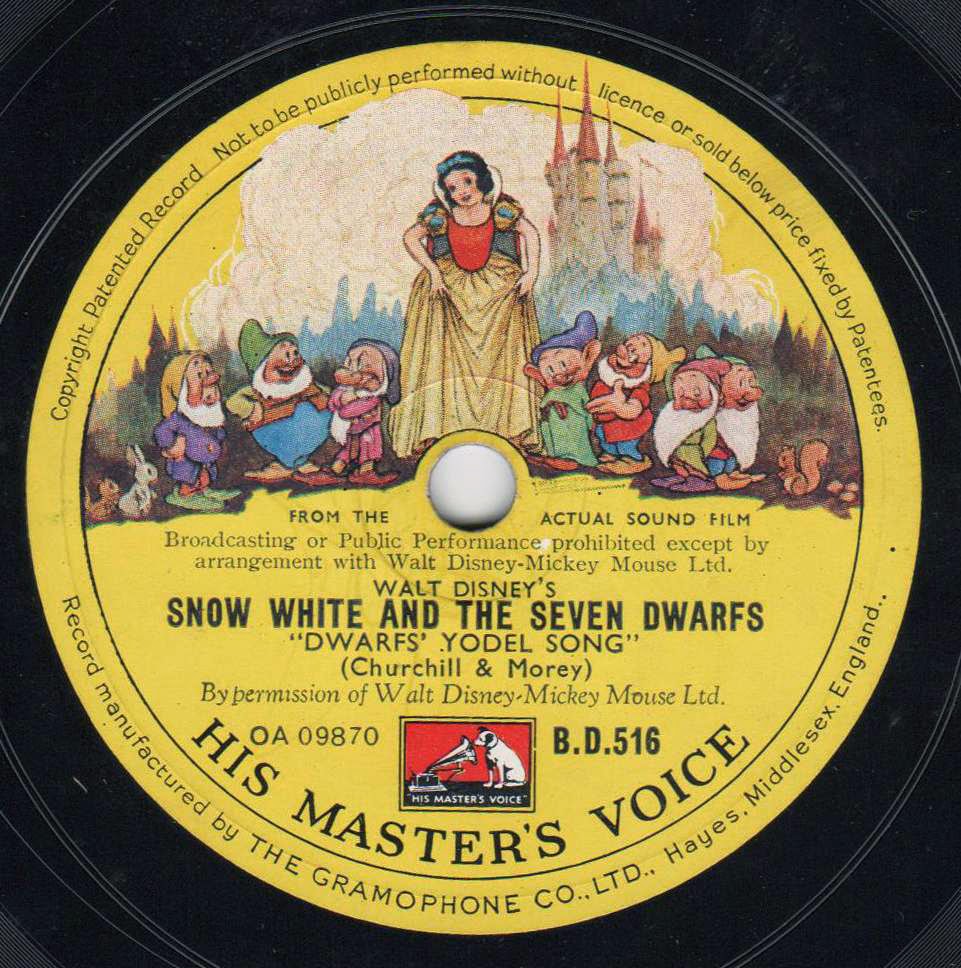 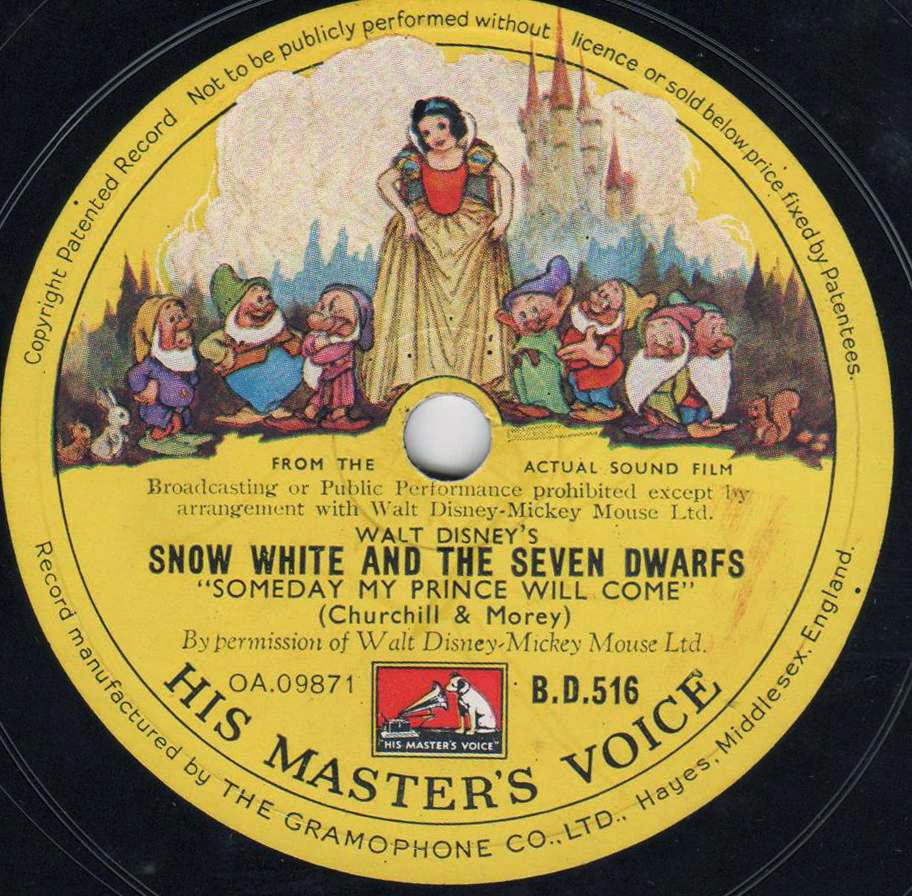 Snow White premiered in London at the New Gallery theatre. On the rear cover of the theatre's program, we see an ad for the record set with prices and a release date of March 11, 1938, one day before the film's UK general release. 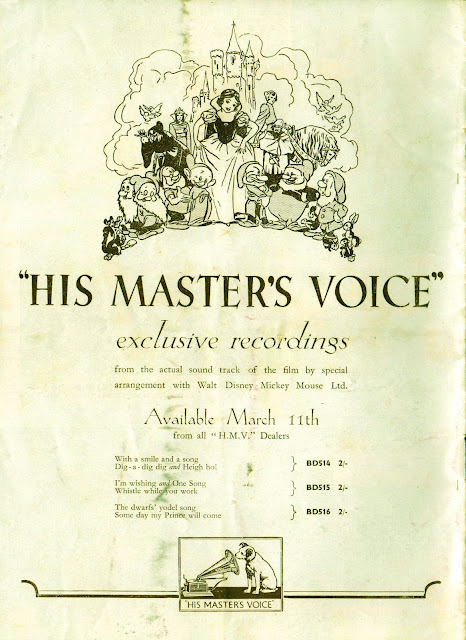 In a few upcoming posts, we'll have a look at the 1938 French and Italian albums and the 1940 Spanish release. Special thanks to Greg Philip of A Lost Film for sharing info and images from his collection.
Posted by Snow White Archive at 12:01 AM