These eight Snow White recognition pins were given out individually to the top performing cast members each month (during the 2005 fiscal year) at the Walt Disney Travel Company in Anaheim. Pins were awarded for different categories: Service, Revenue per Hour, Revenue per Arrival, and Top Conversion.

Cast members could choose the pin they wanted, so that over a one year time period, a highly motivated individual could have earned all eight in the Snow White collection. Edition size is not specified but is believed to be under 200 each. They average about 2" high. Back reads, "Cast Exclusive - © Disney - China". 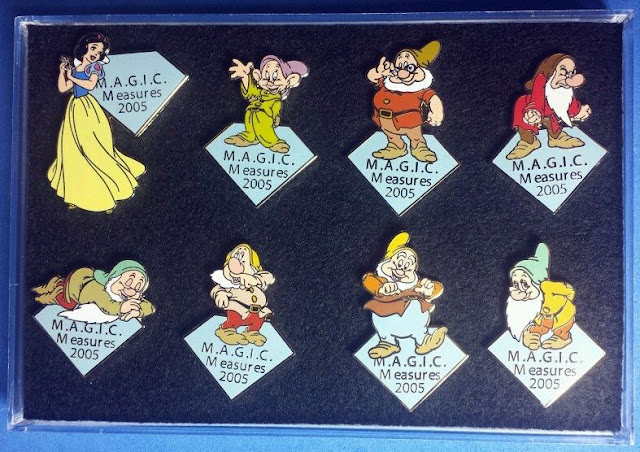 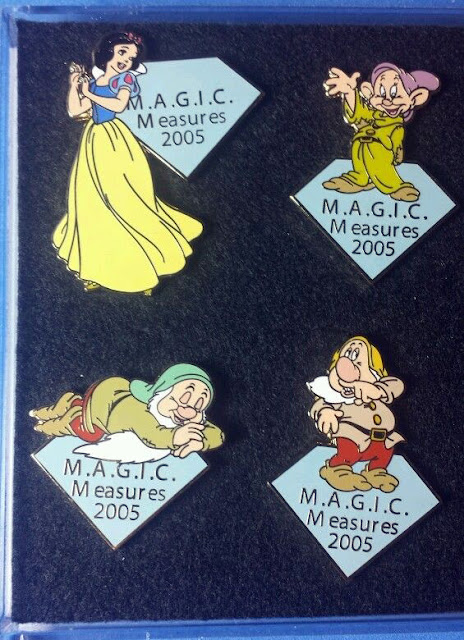 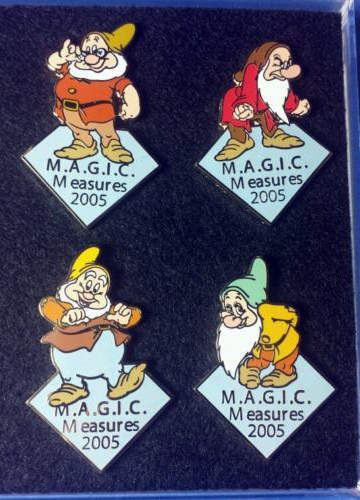 Images via alices-house-of-treasures.
Posted by Snow White Archive at 12:01 AM