Disney tin containers are popular in Japan. This one features Snow White on the lid and the Seven Dwarfs marching around the side panel. Measures 5" tall x 4" across. I can't read Japanese, but thanks to the translation by fellow Snow White enthusiast Takahiro Mizuno, we know what the label says: 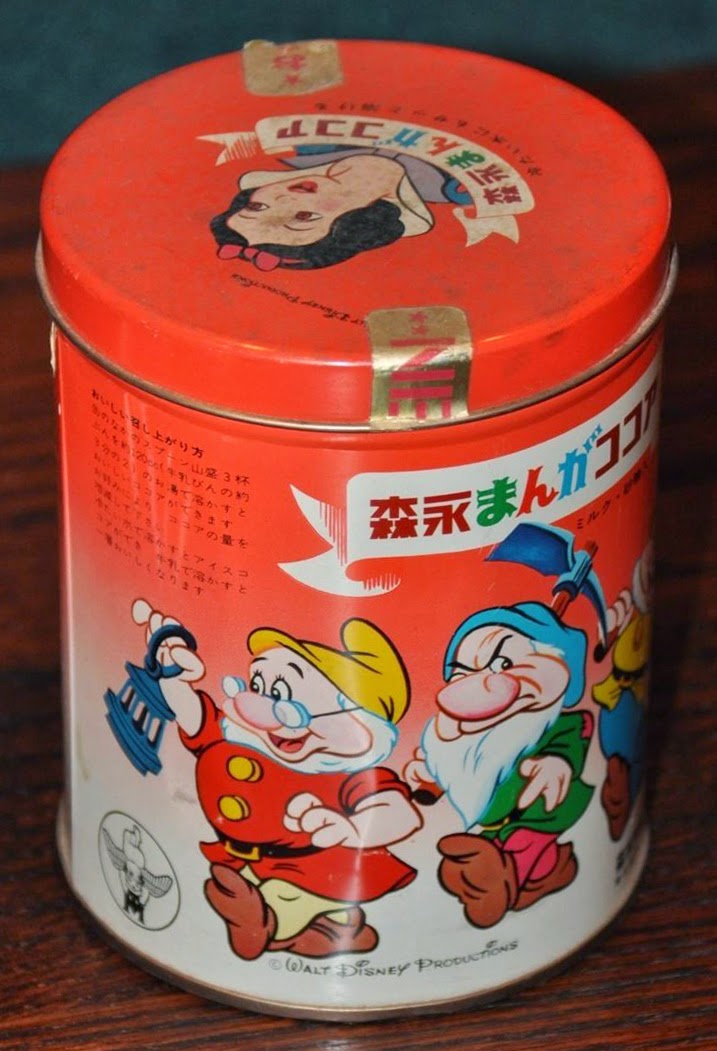 Not sure of the date of this tin, but we know it predates 1986. The imprint "© Walt Disney Productions" was the corporate name used on merchandise up until February 6, 1986. After that, it became The Walt Disney Company. 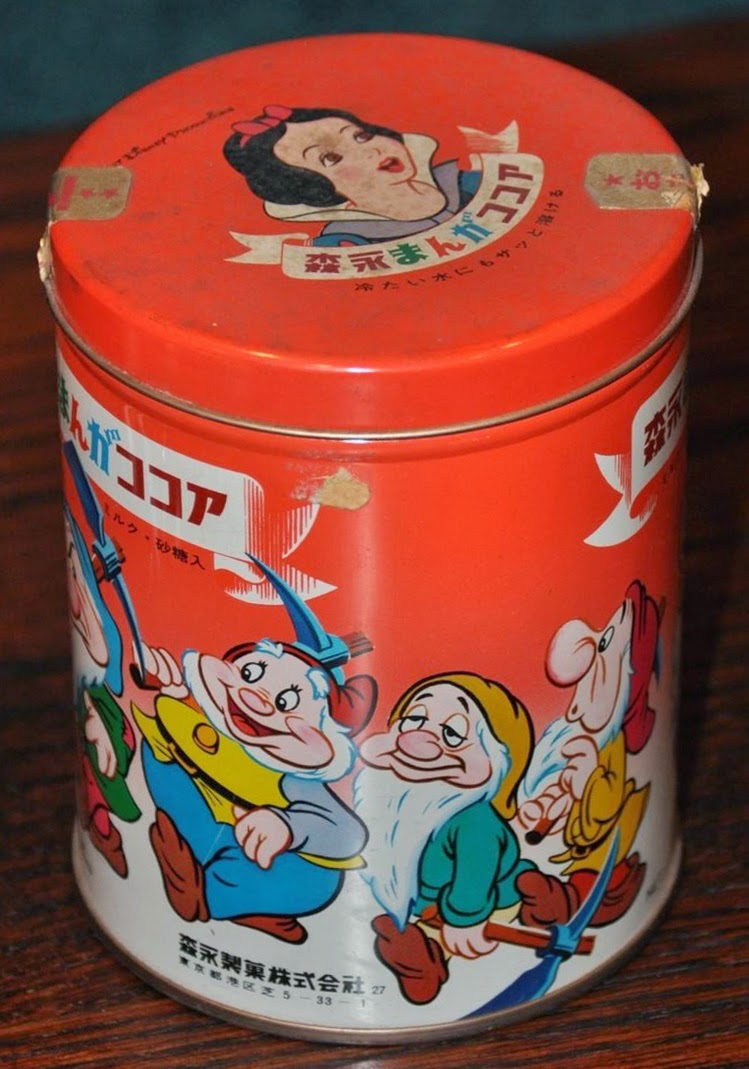 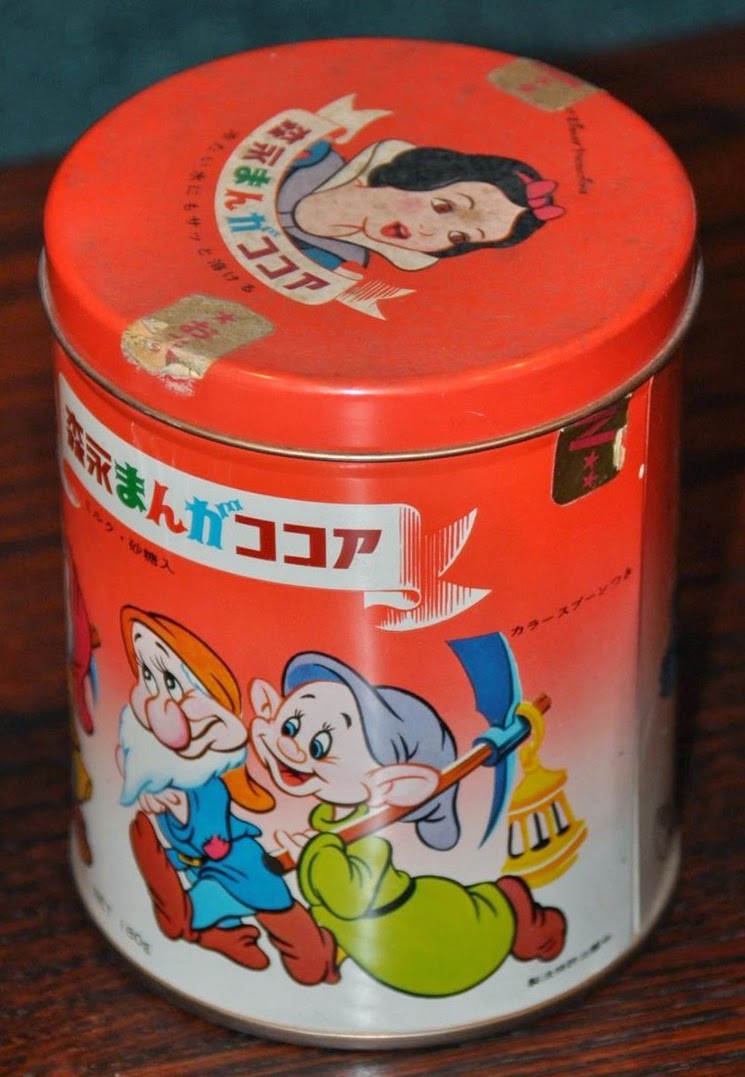 It's possible the tin was sold at Tokyo Disneyland which opened in 1983.
Posted by Snow White Archive at 12:01 AM