"Snow White and the Green Flame Ruby" by Romano Scarpa (1953)

It was in 1953 that Italian artist Romano Scarpa drew his first Snow White comic--Biancaneve e Verde Fiamma (Snow White and the Green Flame Ruby). The text was written by Guido Martina. The 52 page story was published over three issues of Topolino, #78-79-80, November 10th, 25th, and December 10th. The following are some of the highlights.

In part one, the Queen uses her crystal ball to watch as the Prince drops Snow White off for a visit to the dwarfs' cottage 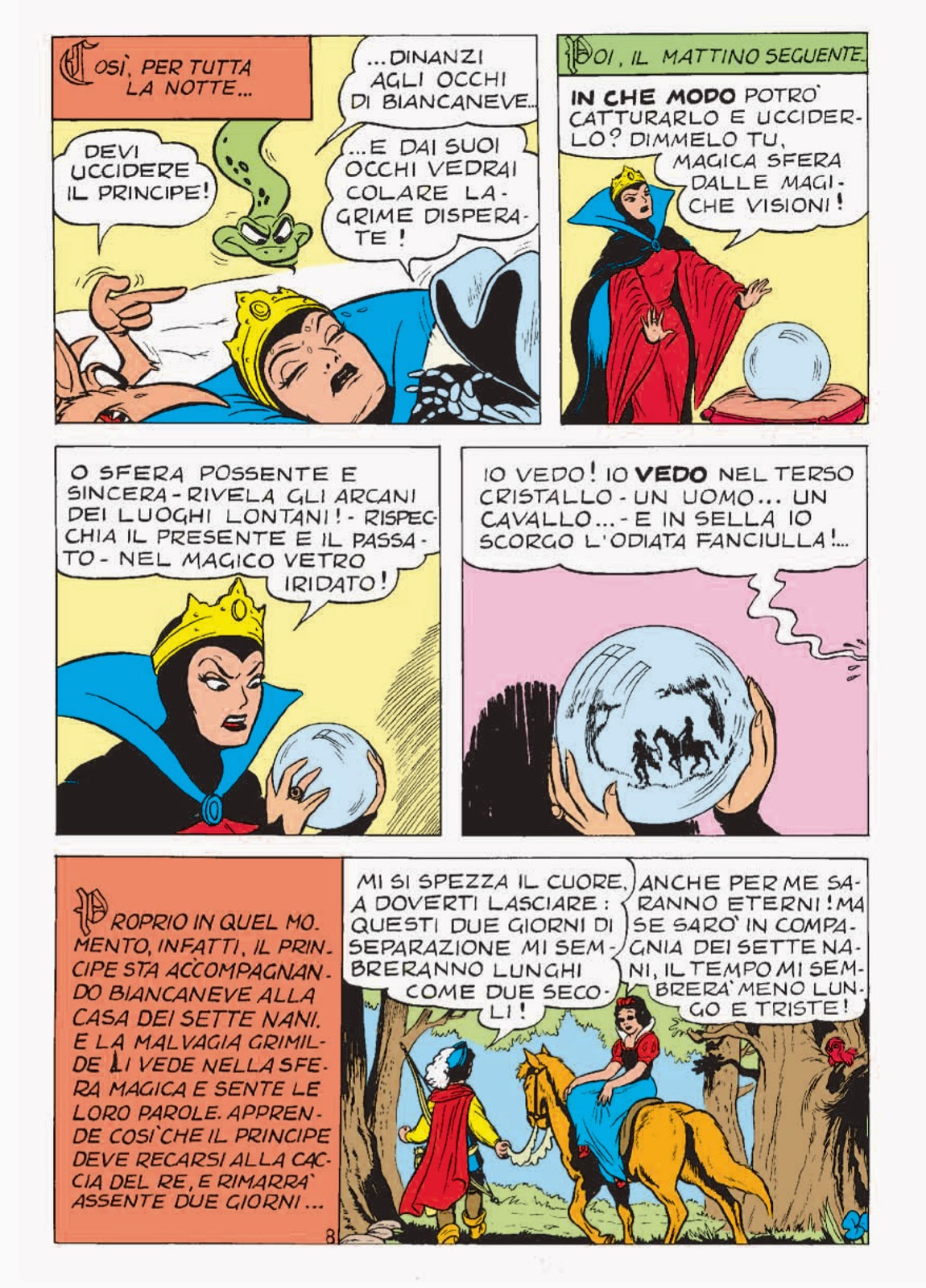 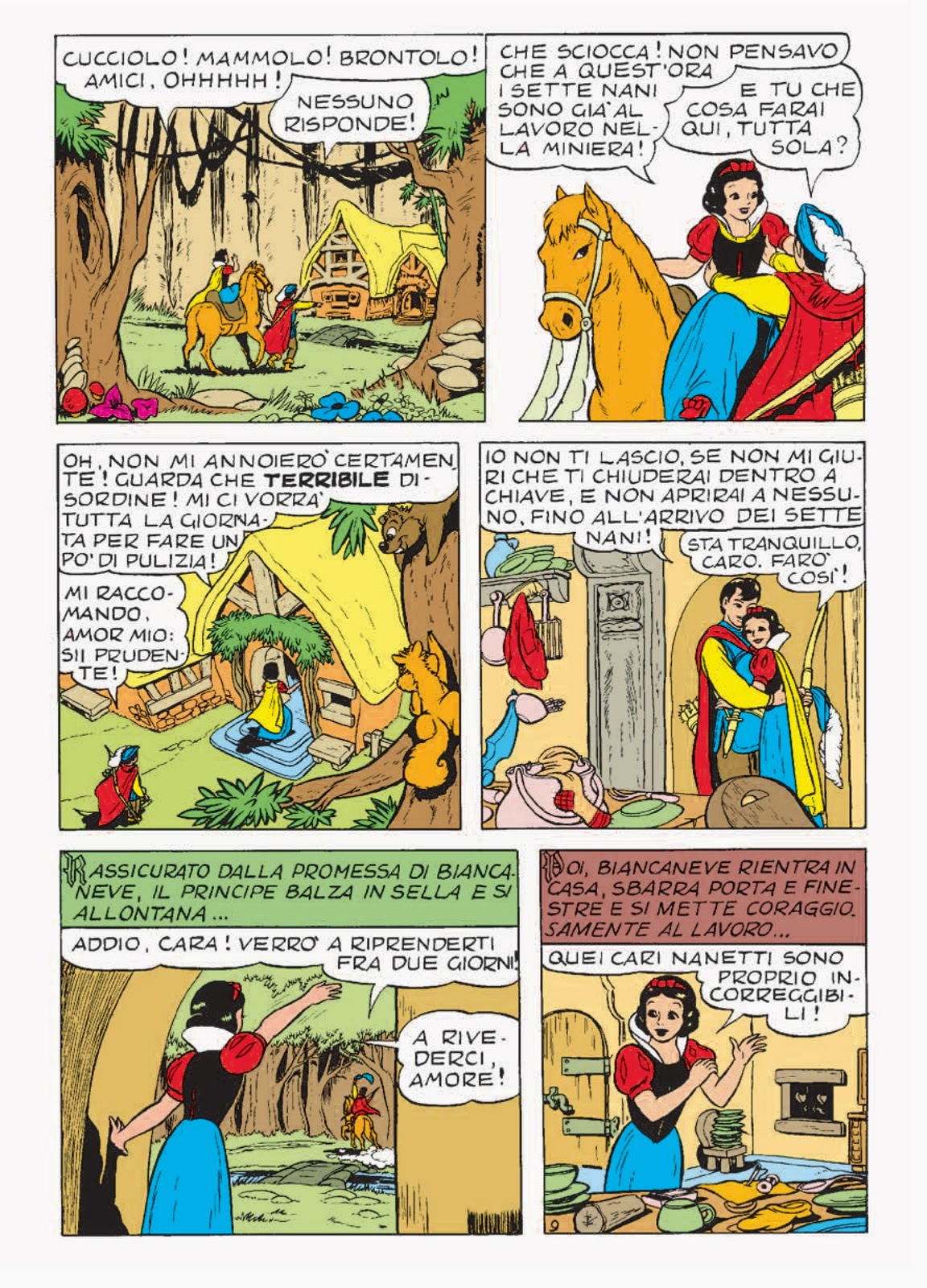 While the dwarfs are still out, the Queen shows up and..."PUFF!" She turns Snow into a miniature statue! 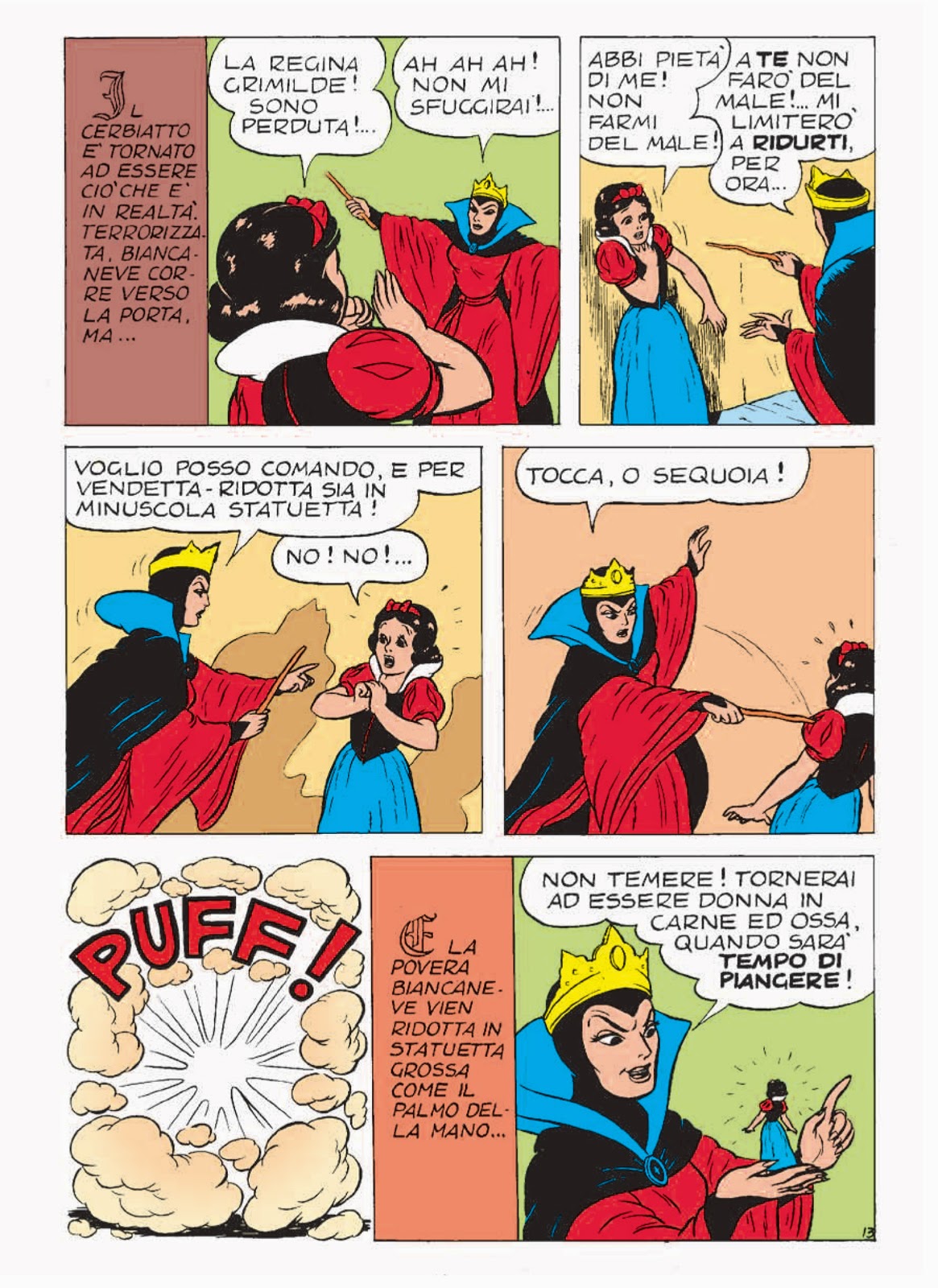 
In part two, the dwarfs return home, but the Queen has actually disguised herself as Snow White. "PUFF!" They too are turned into statures, all except Dopey who manages to escape. 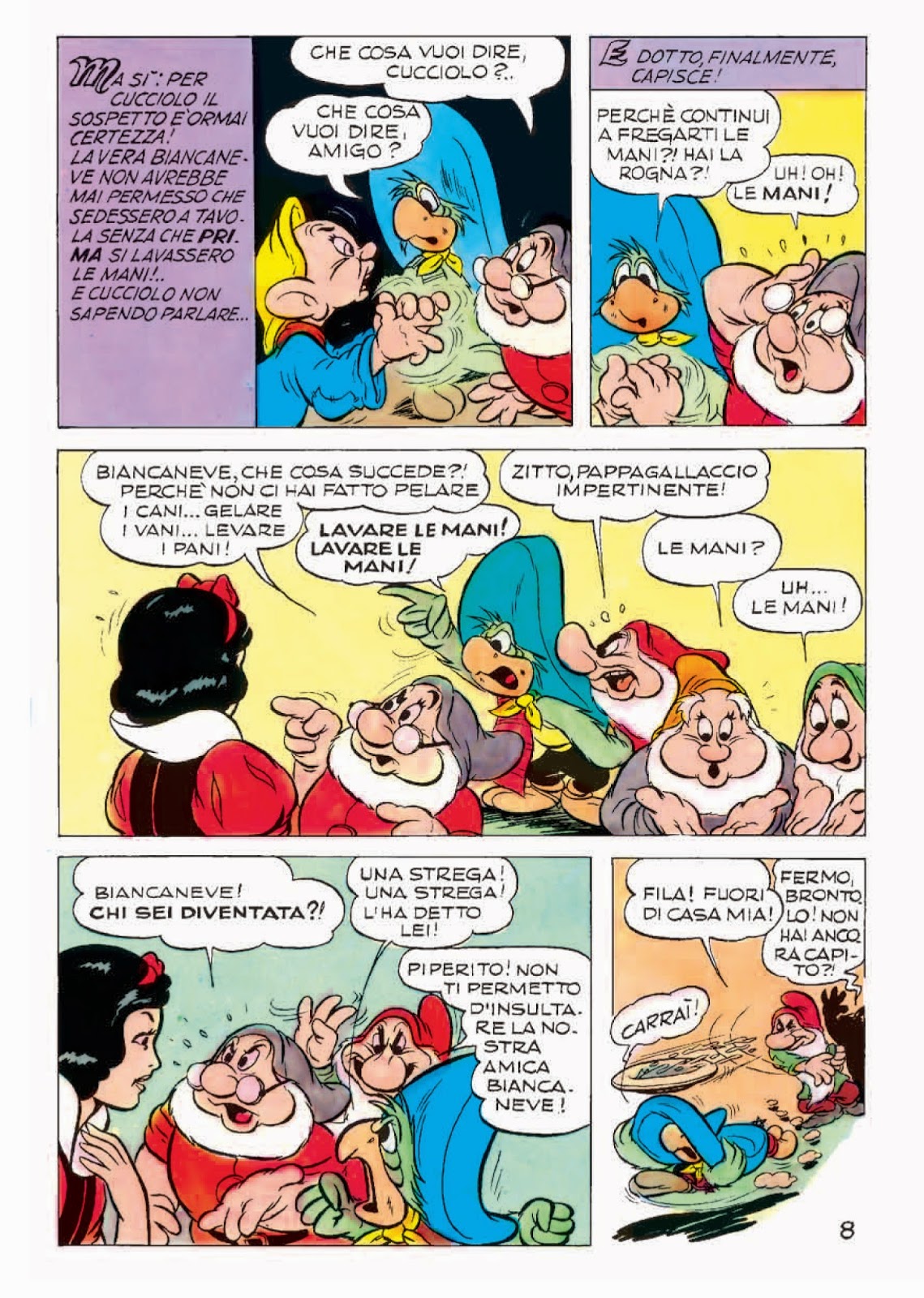 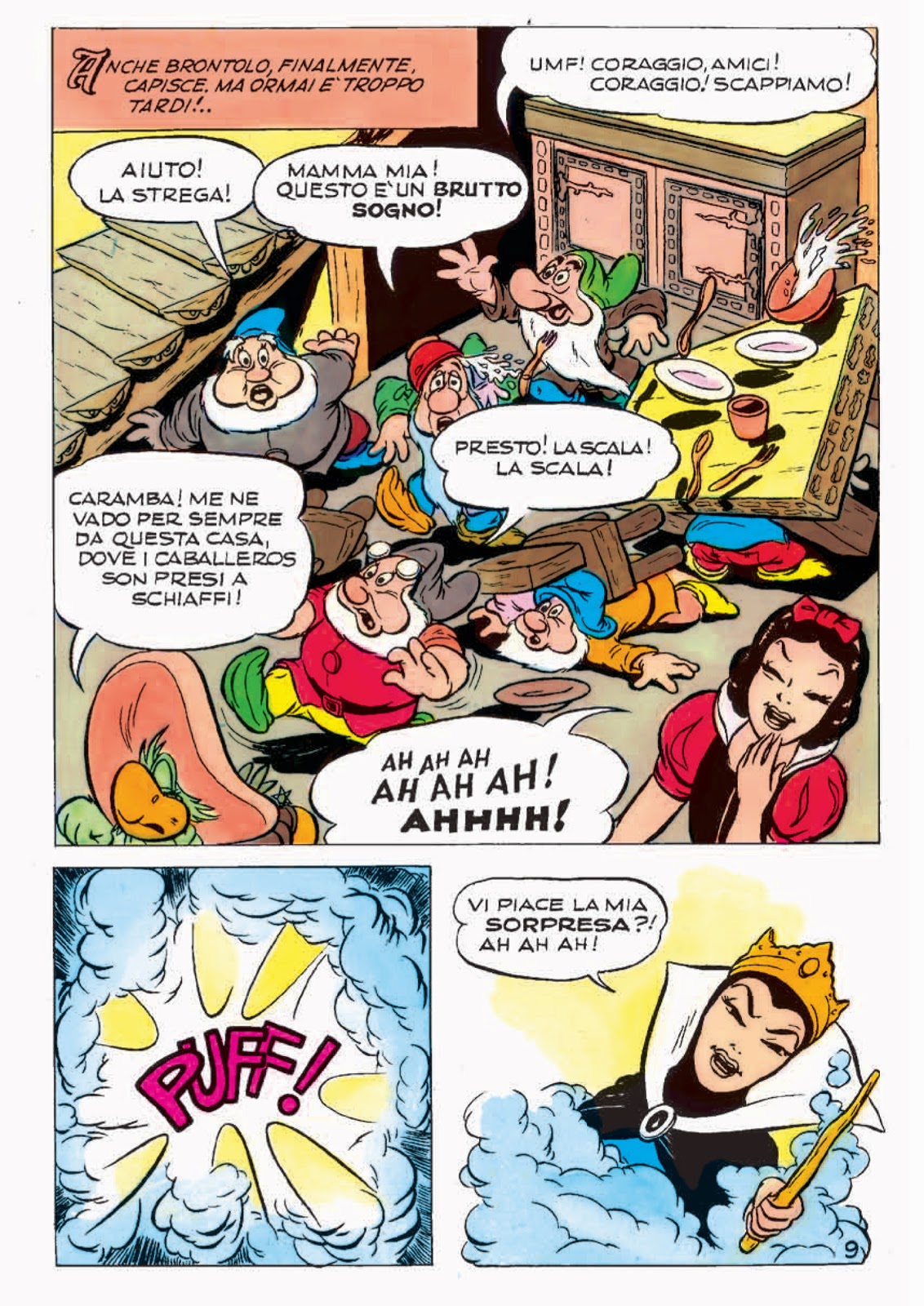 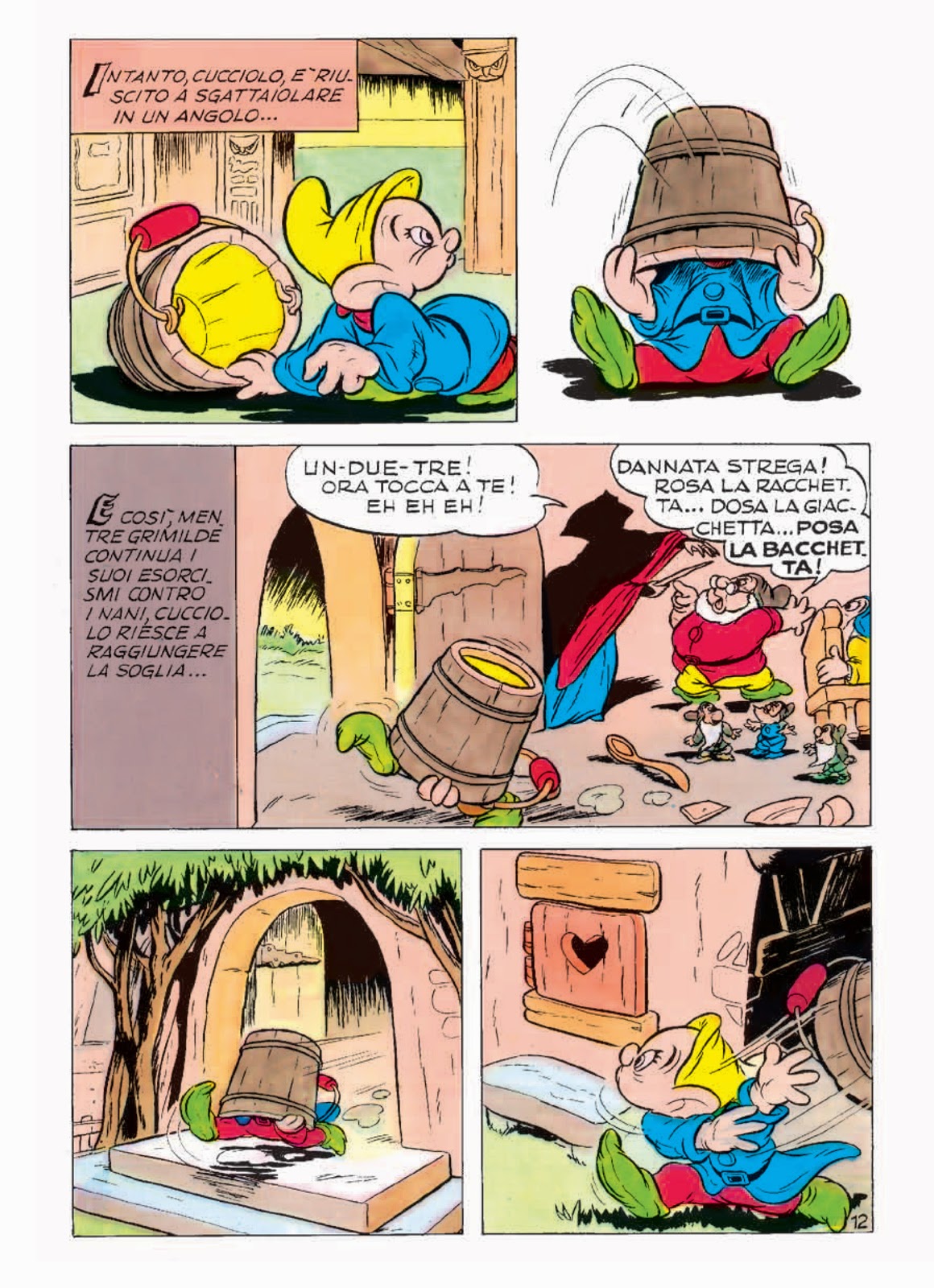 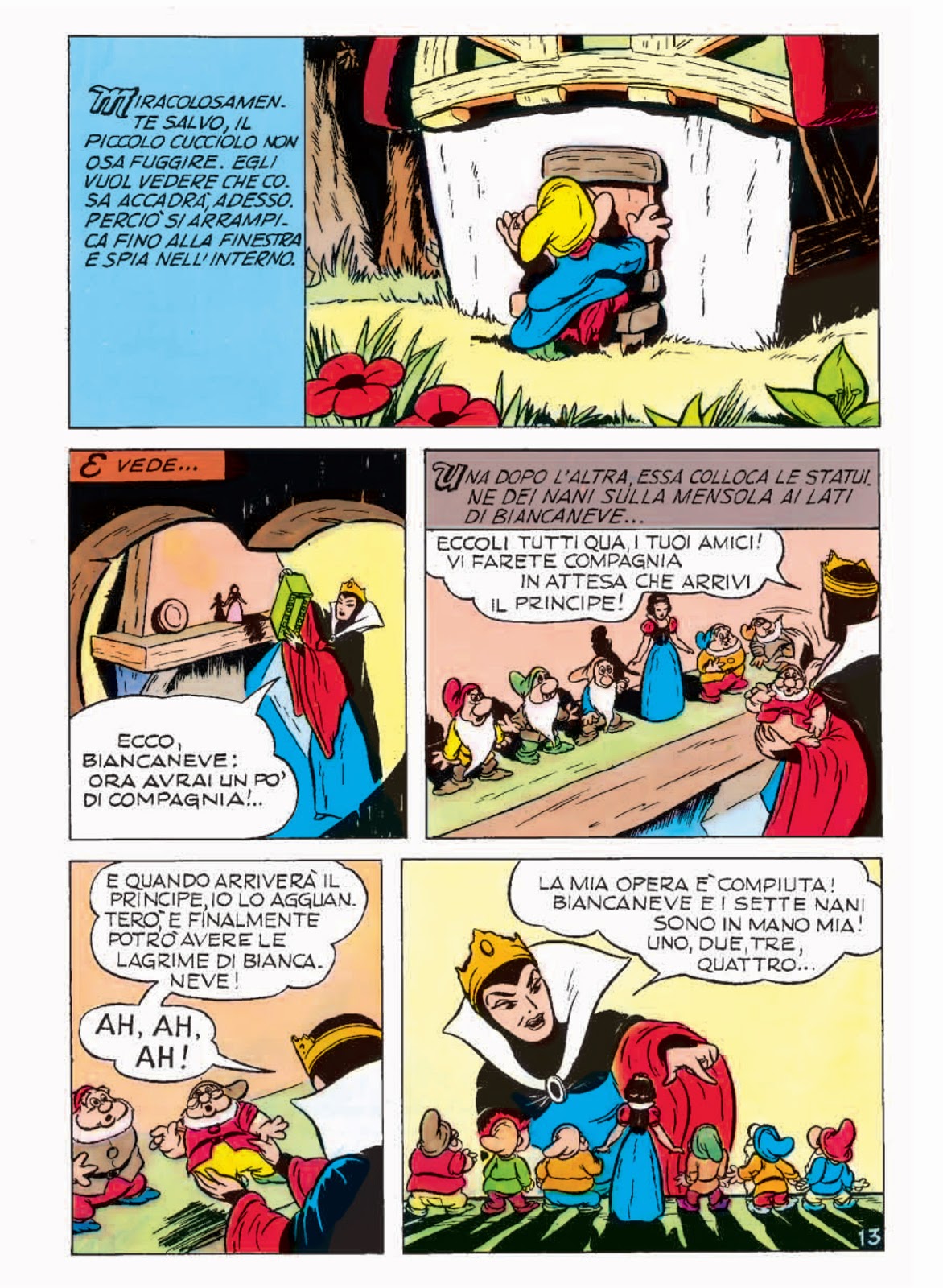 The plan is to wait for the Prince to return to take Snow back to the castle. Then the Queen will kill him in front of the princess in order to get her tears--which, in turn, will activate the Green Flame Ruby.


In part three, Dopey meets up with the Mexican parrot, Piperito Serapè, who is able to interpret Dopey's "language". Together with a host of forest animals, they head back to the cottage. 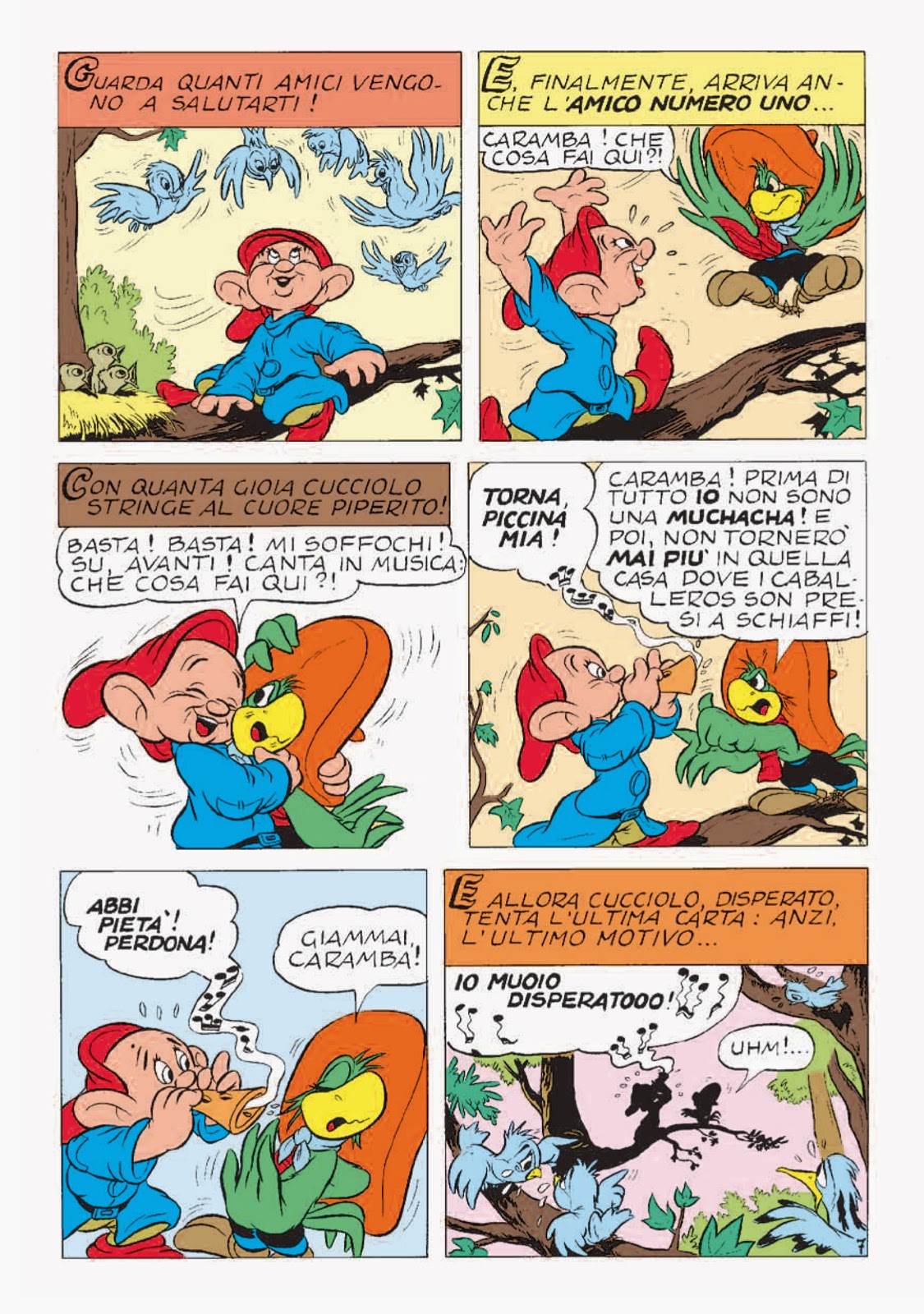 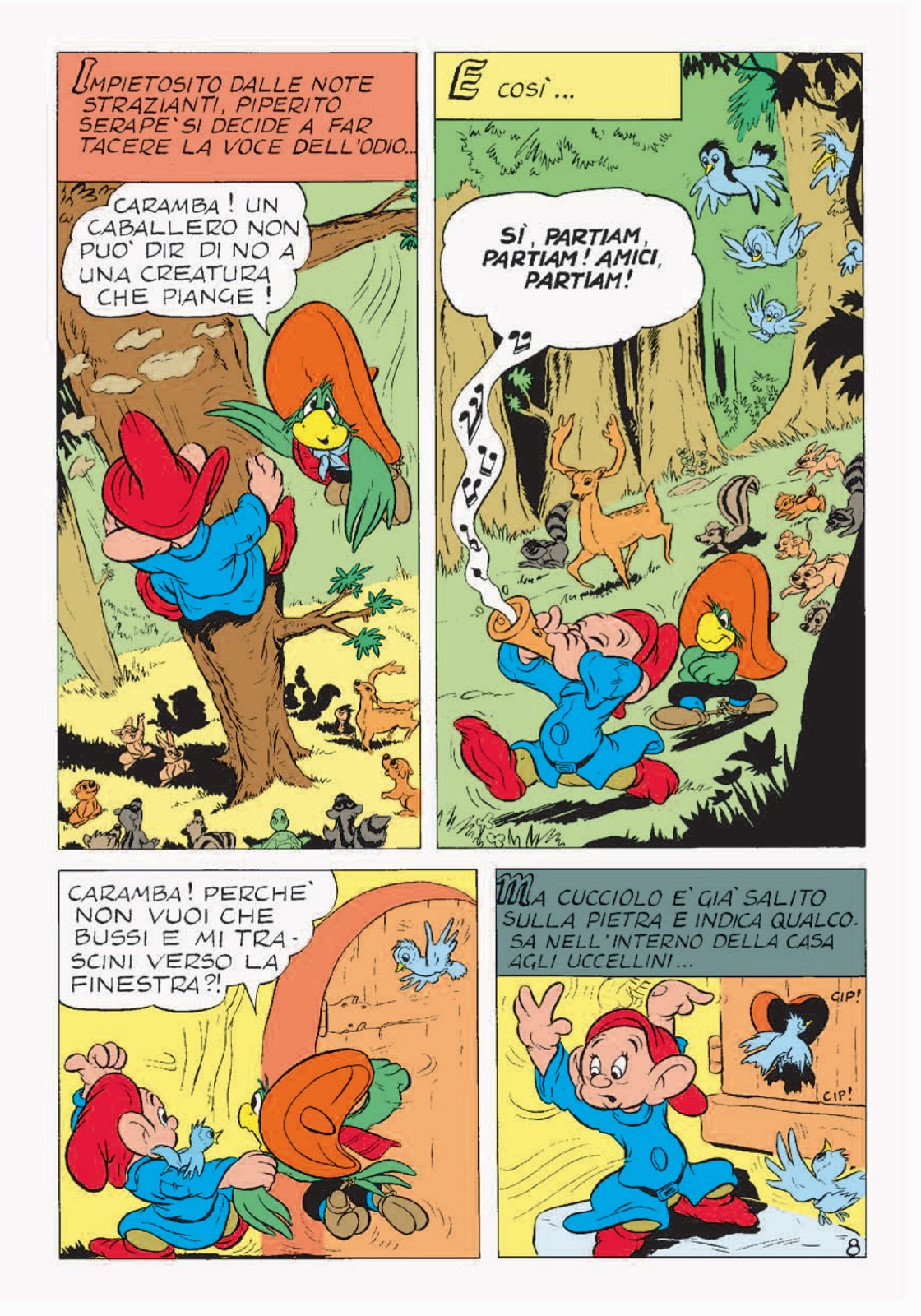 With the help of the bluebirds, they get the Queens magic wand and save the others. 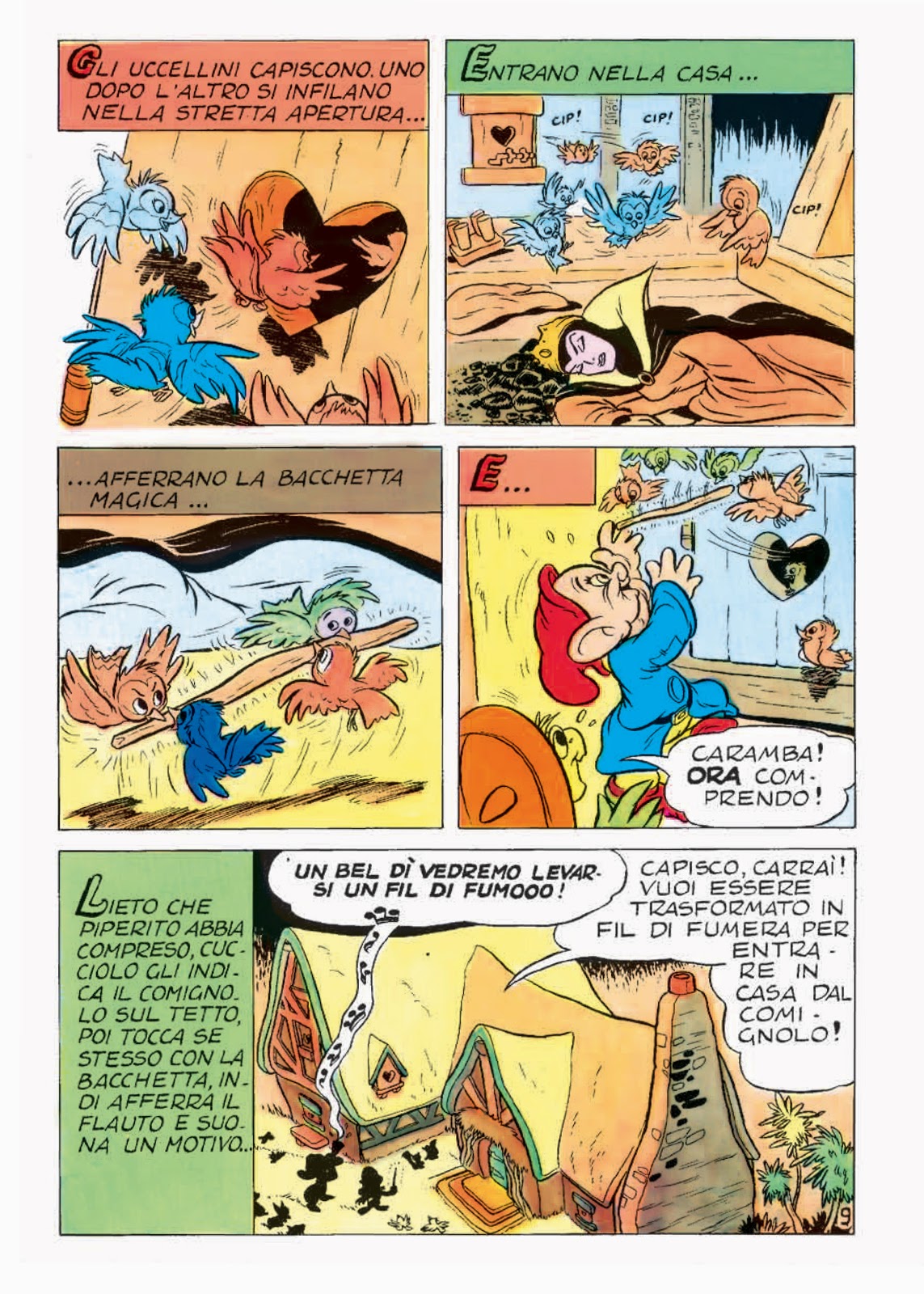 Special thanks to Nuziante Valoroso for his assistance with this post and for providing these image scans.
Posted by Snow White Archive at 12:01 AM