In 1987, Grolier Enterprises created a "Snow White's Surprise" series of four porcelain pieces that were being offered through the Disney Collection. Each depicted the same scene of the princess and her animal friends next to a tree as Dopey pops out of a present. The set included a figurine, collector plate, disc ornament, and decorative bell--each limited to 25,000. 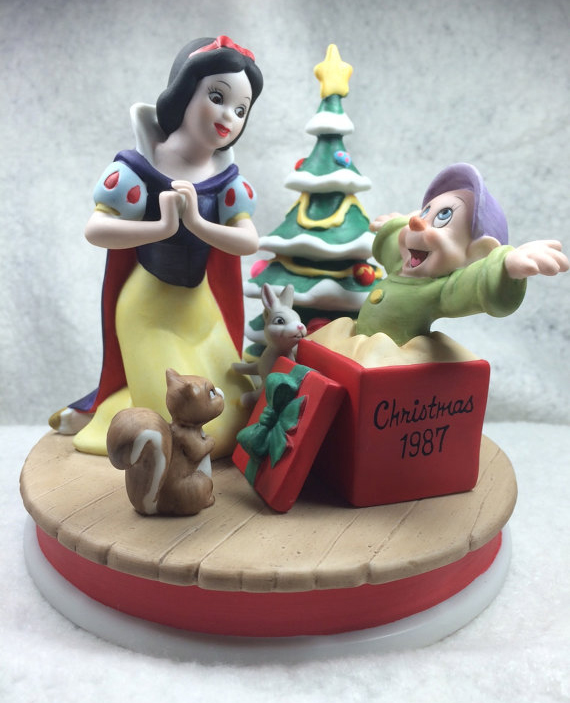 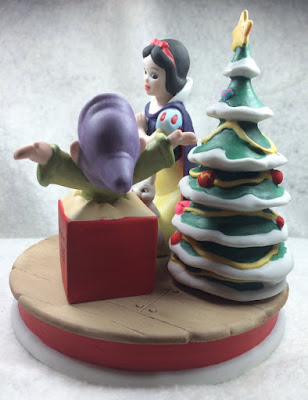 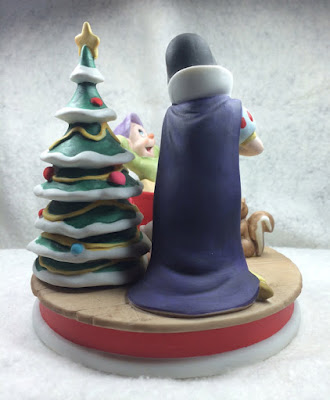 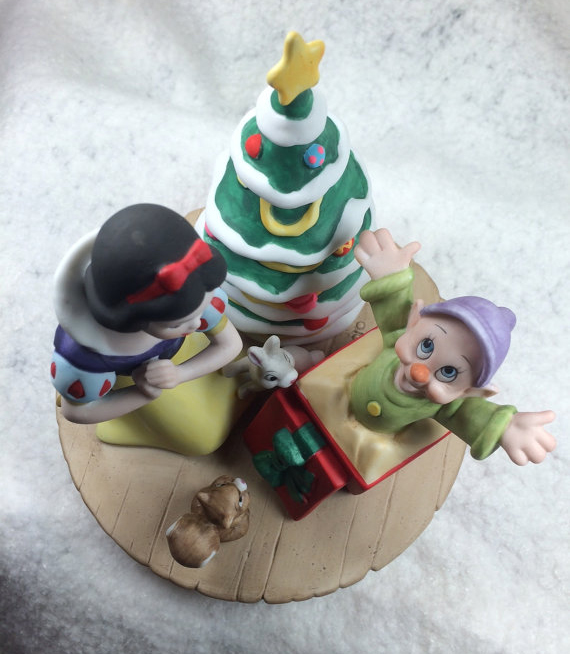 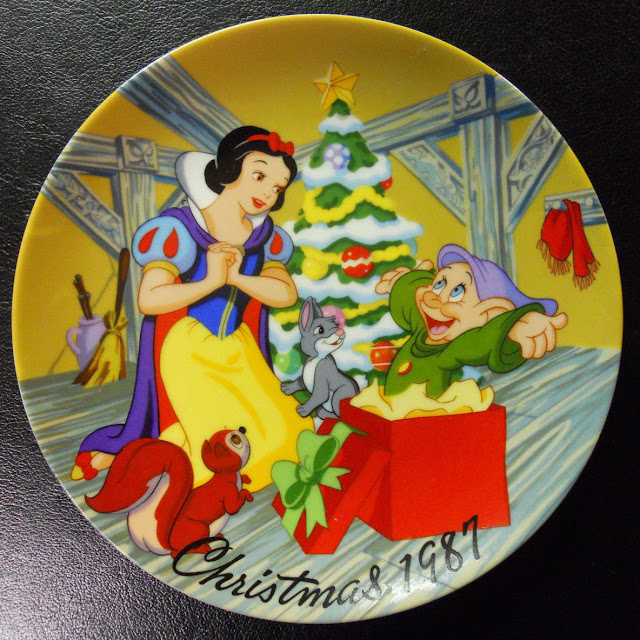 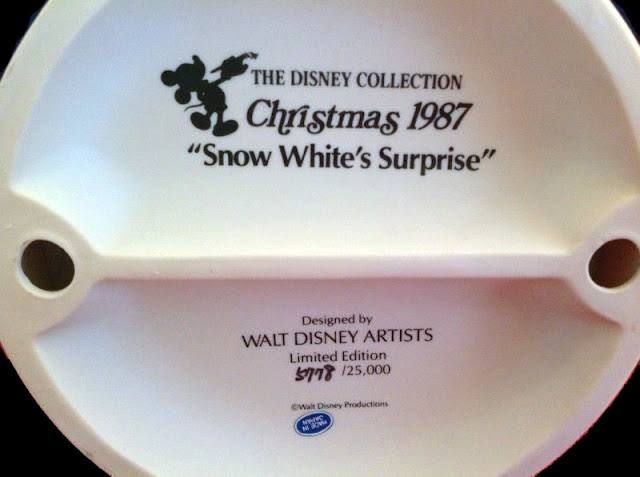 Disc ornament, about 2.5" across with gold trim. Part of the 'Tis the Season Ornament Collection. Retail $10.95. 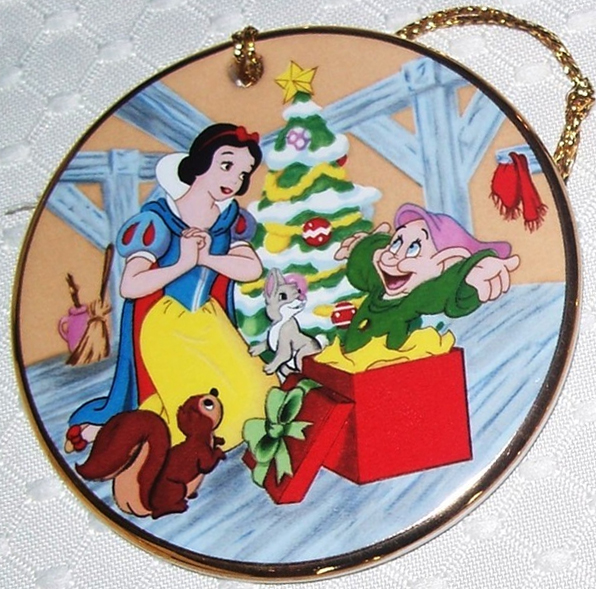 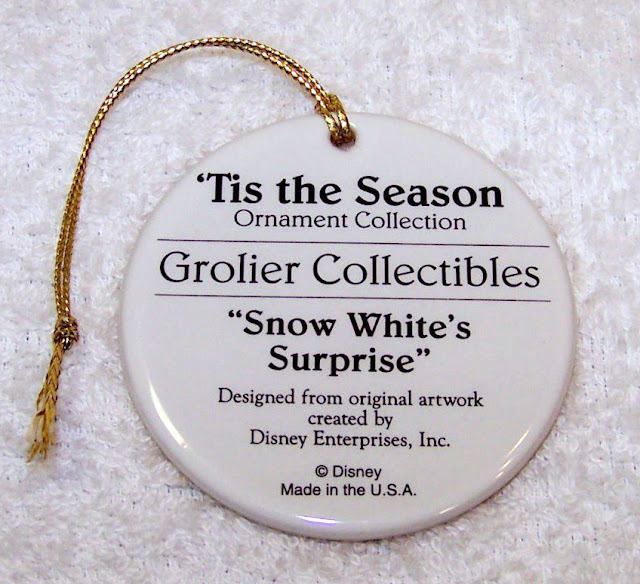 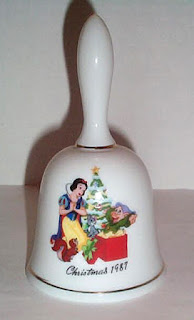 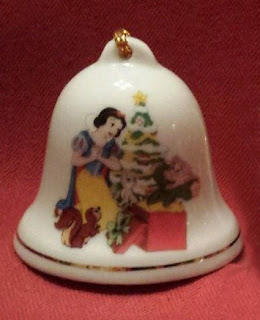 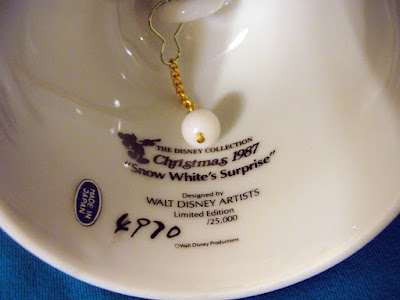 The series was listed in the Fall 1987 Walt Disney Family Gift Catalog. Each piece was sold separately.


Grolier issued other Disney character Christmas series during the 1980s and 90s. In 1994, they created another Snow White. See it in the next post.
Posted by Snow White Archive at 12:01 AM