Working in the Disney Studio Publicity Department, artist Hank Porter created this 1938 Christmas Carolers illustration. In the center of the piece, Dopey holds a lamp while Mickey, Minnie, Donald, and Pluto sing holiday tunes. They are joined by the Three Little Pigs and more--including a host of forest animals--something Hank was asked to help animate during the making of Snow White and the Seven Dwarfs. 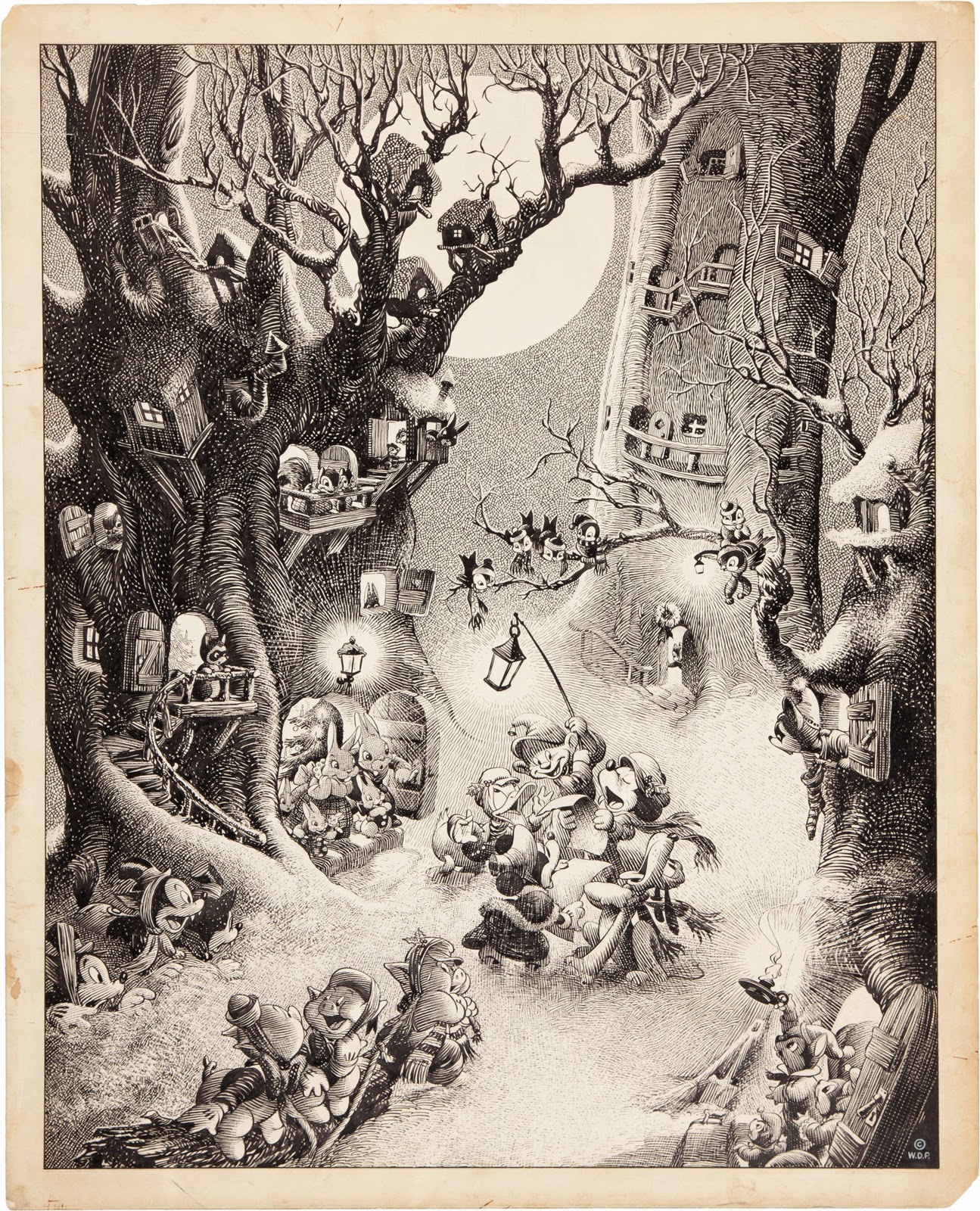 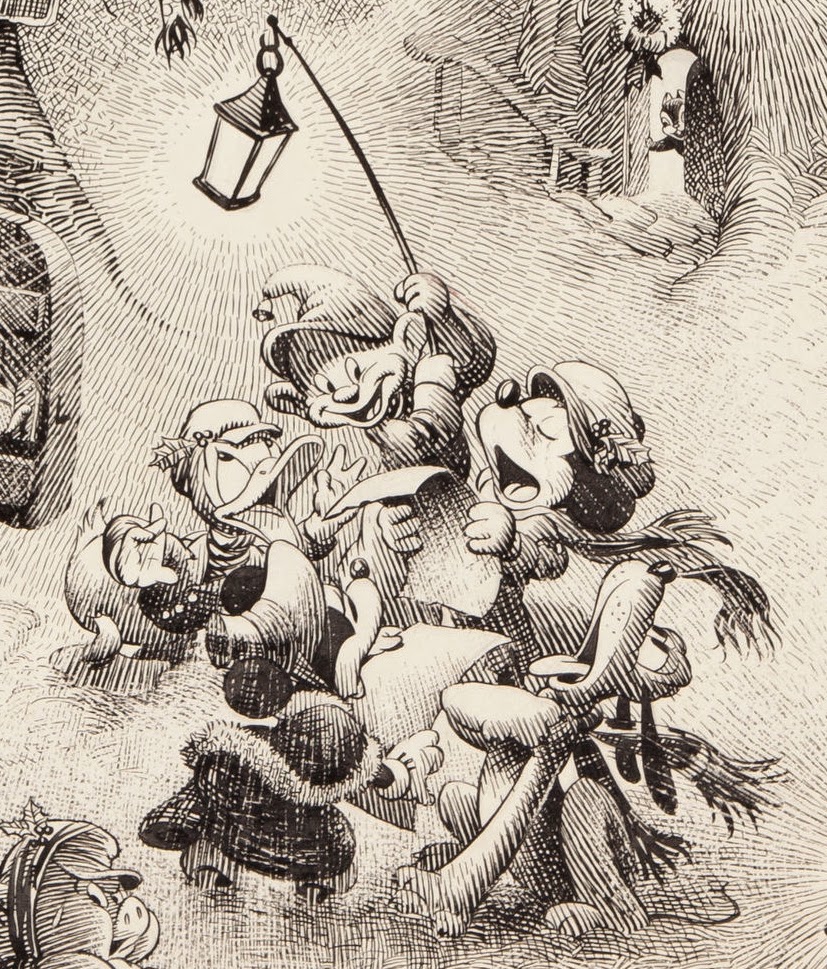