For the December 5, 1973 re-release of Snow White in France, two sets of lobby cards were made available to theatre owners--Series A and B. Each card included the Walt Disney Company 50th anniversary logo. Nine cards per set. Dimensions: 24 x 30 cm. Distributed by Walt Disney Productions.

There are no markings on the cards to identify which series they belong to. Below are fifteen out of the eighteen in the collection (still looking for three more). 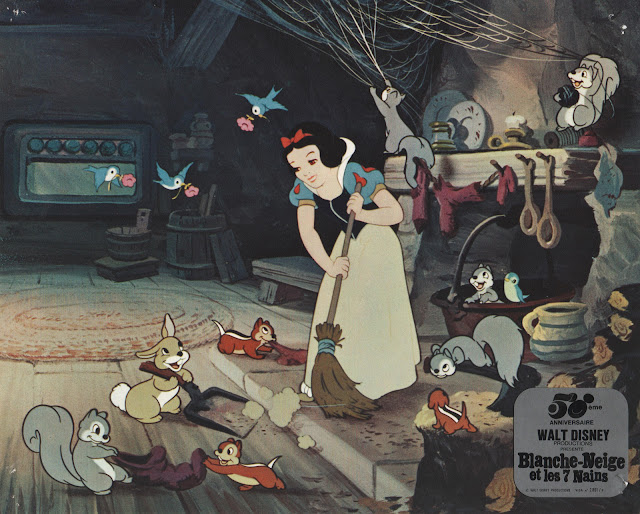 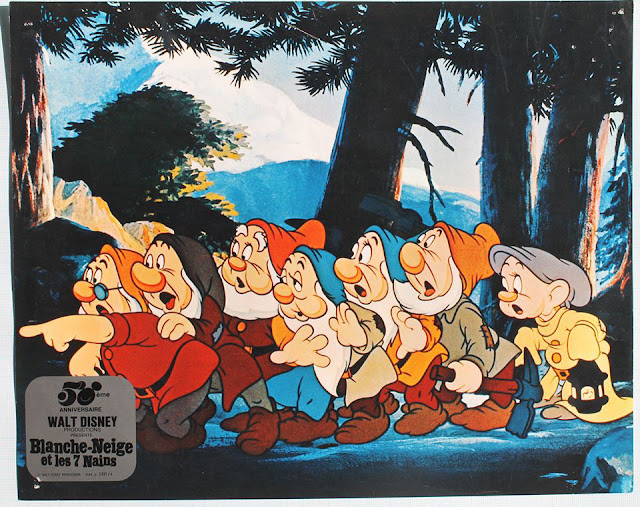 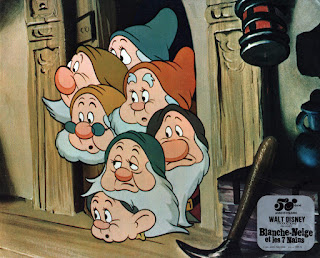 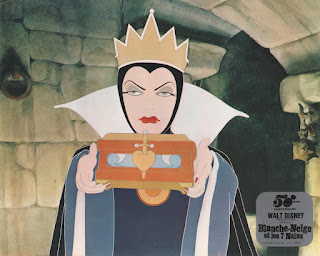 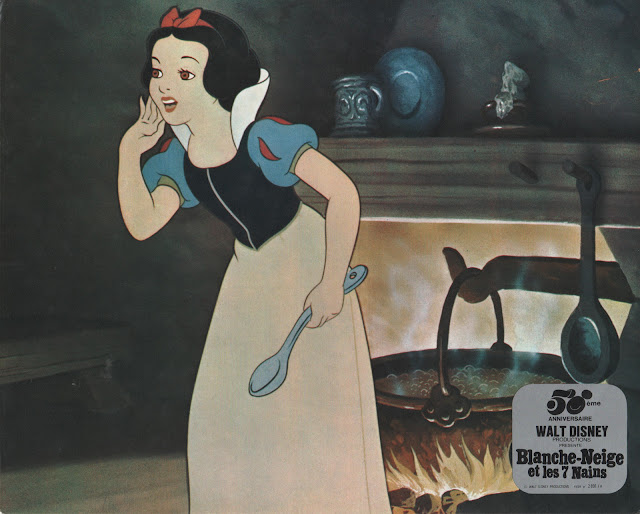 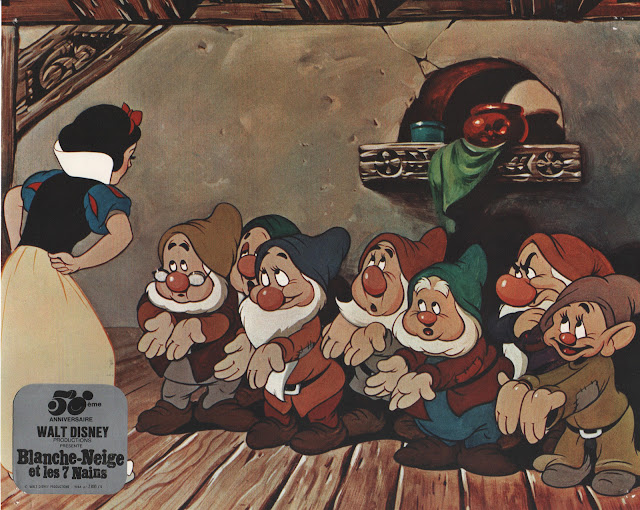 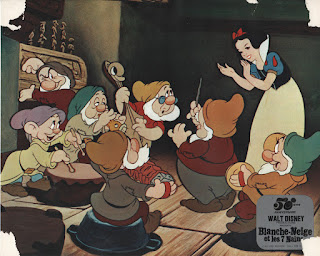 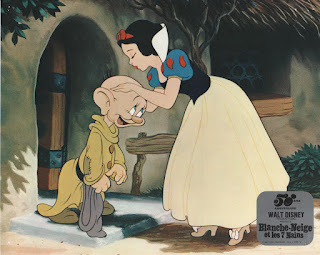 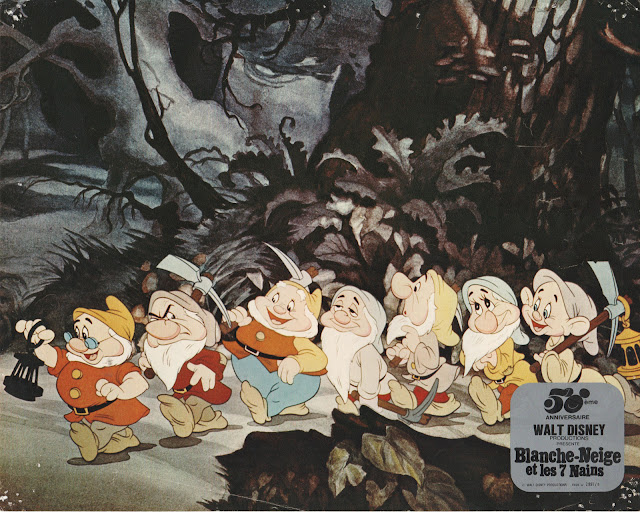 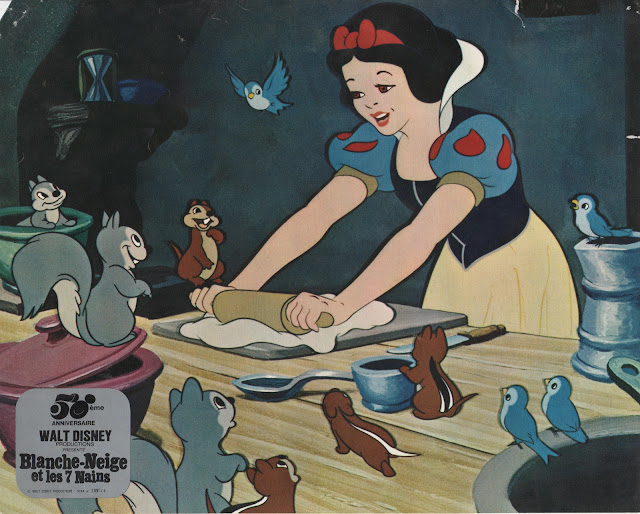 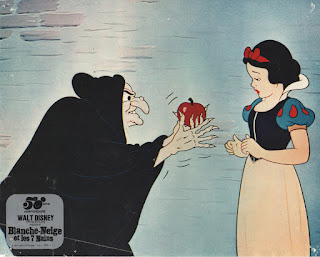 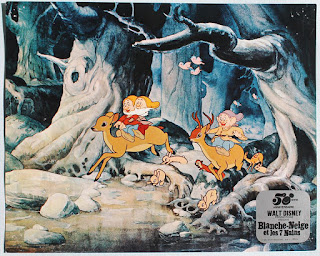 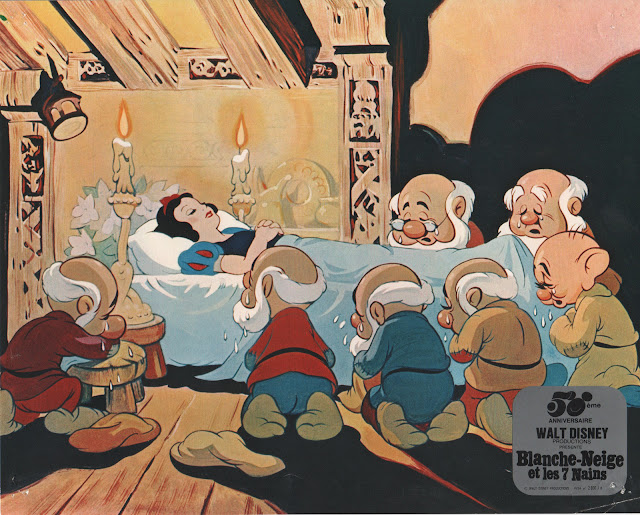 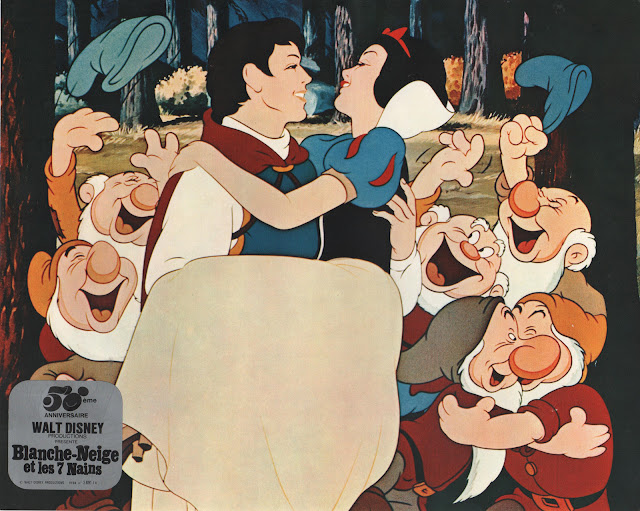 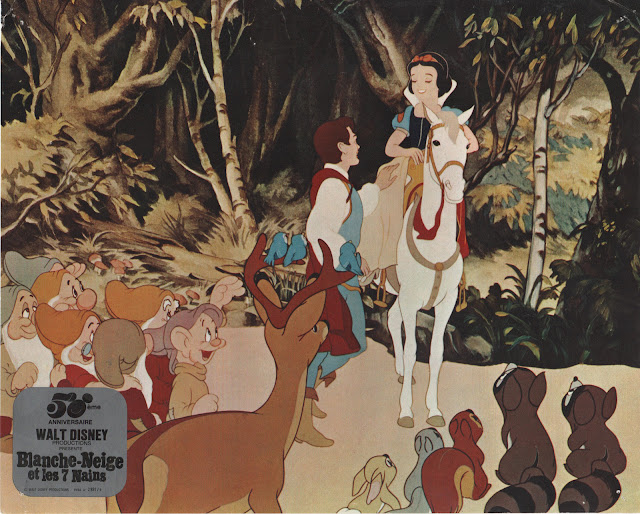 The lobby sets each came in their own envelope marked Série A or B. Also on the front is displayed the 50th anniversary design. 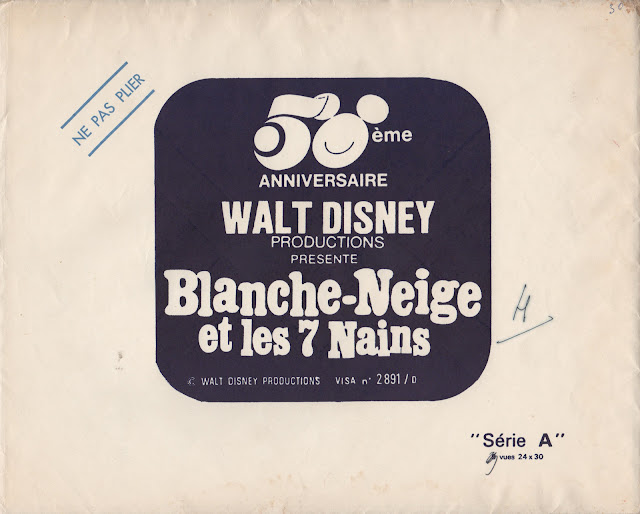 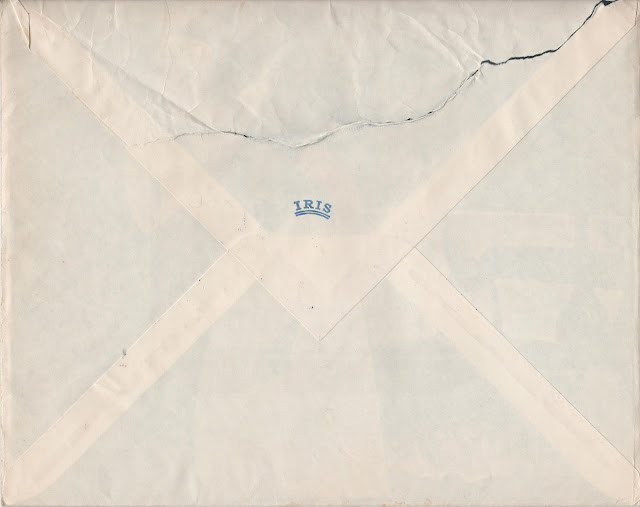 Scans courtesy of Greg Philip of A Lost Film. Additional images and info from the Edgar Winkler Collection.
Posted by Snow White Archive at 12:01 AM