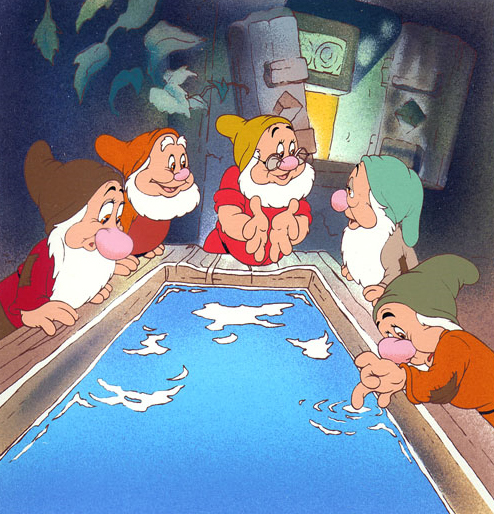 
In a recent post on the Snow White fanpop site, a reader asked the following question, and contributor IsisRain offered this response...

Q: If the plural for dwarf is dwarves, then why is the fairytale called Snow White and the Seven Dwarfs?

A: Dwarfs was actually the original plural for dwarf. It's one of those irregular plurals like roofs.

J. R. R. Tolkien popularized dwarves. He intended the changed spelling to differentiate the "dwarf" fantasy race in his novels from the cuter and simpler beings common in fairy tales, but his usage has since spread. 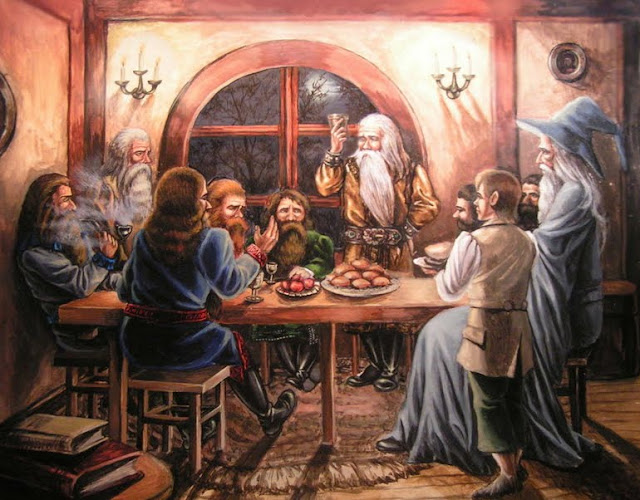 Dwarves at Bilbo's House by Edarlein 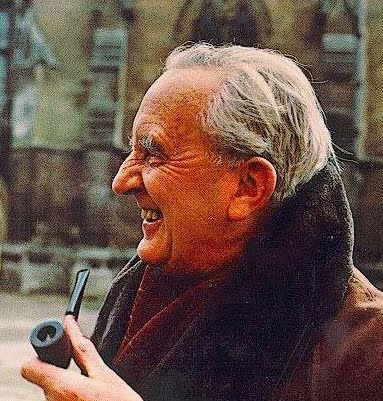 J.R.R. Tolkien,Houghton Mifflin
Posted by Snow White Archive at 7:01 AM