Salvador Tutti Camarata started working for Walt Disney's record operation in 1956. He was the Musical Director and Artists and Repertoire Chief. He also assembled and conducted an orchestra for recording purposes. A 1958 album entitled Hi-Ho highlighted the singing talents of Mary Martin, accompanied by Camarata's orchestra. All the tunes were popular Disney songs--including six from Snow White.

Side One: Hi-Ho, Lavender Blue, One Song, Whistle While You Work, I'm Wishing, I Bring You A Song; Side Two: With A Smile And A Song, Some Day My Prince Will Come, The Magic Song (Bibbidi-Bobbidi-Boo), When You Wish Upon A Star, I'm Late 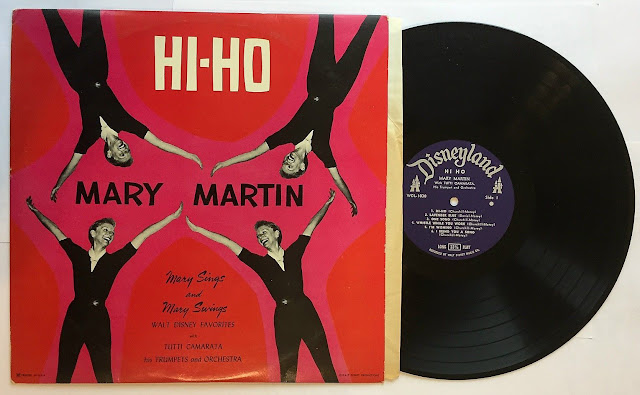 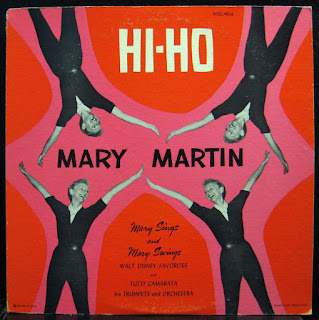 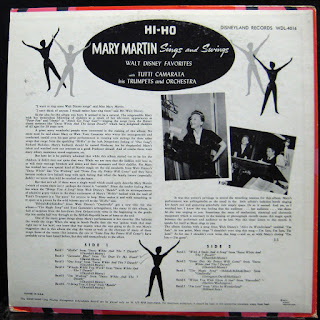 The album was reissued in 1966 as Mary Martin Sings Walt Disney Favorites. Disneyland Records No. ST-3943. 331⁄3 rpm. It included a picture book with illustrations of Mary and Disney characters. Snow White looks like she is only 10 or 11 years old. 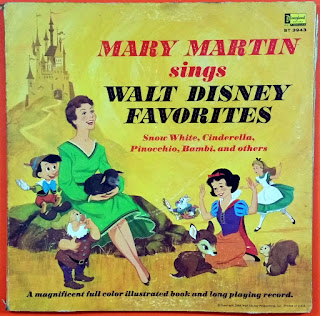 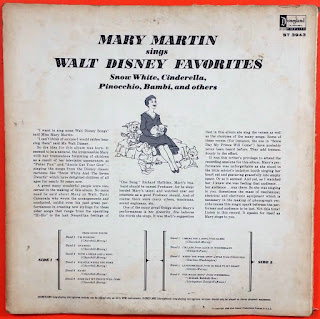 In 1963, a record was issued on the Buena Vista label, Camarata conducts a modern musical interpretation of Walt Disney's greatest score Snow White. It featured his orchestra and singers. The musical numbers are a fresh take on the original tunes.

Side One: Snow White Overture, I'm Wishing, One Song, With A Smile And A Song, Whistle While You Work, Bluddle-Uddle-Um-Dum; Side Two: Heigh Ho Heigh Ho, Prayer At Evening, The Silly Song, Some Day My Prince Will Come, One Song, Snow White Finale 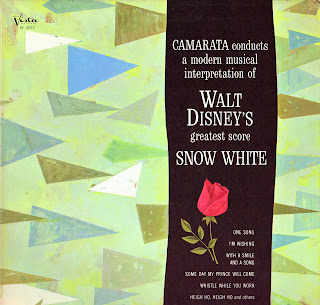 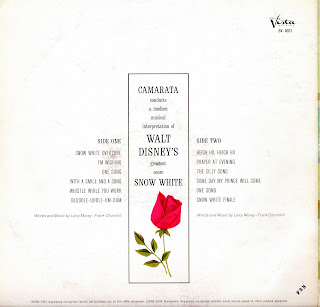 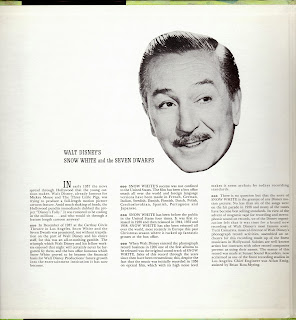 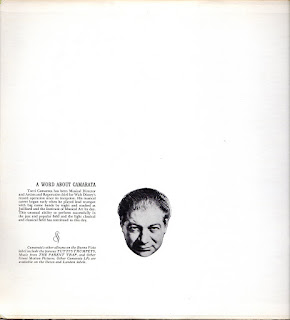 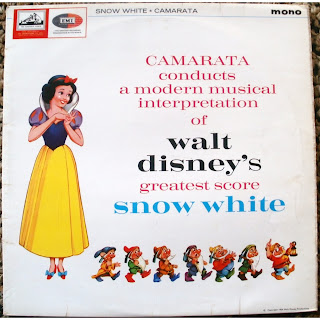 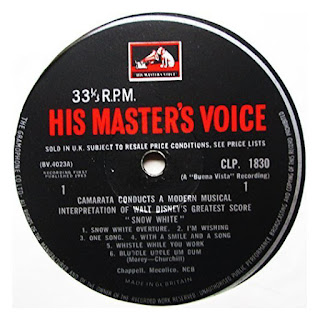 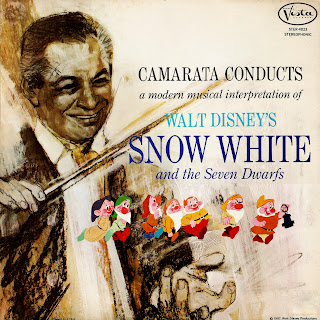 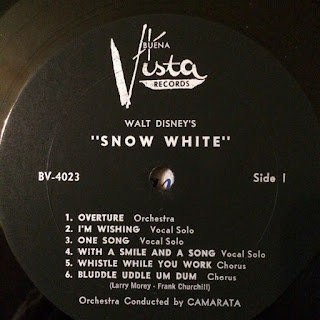 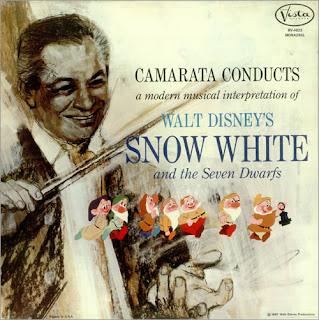 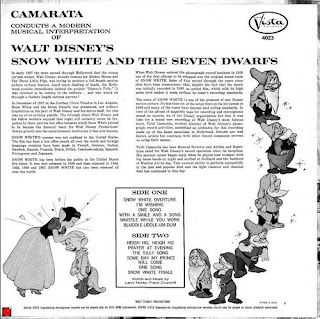 Walt Disney's Happiest Songs was released on the Disneyland Record label in 1967. No. DL-3509. LP 331⁄3 rpm. Snow White and Dopey appear in the album artwork along with characters from other popular Disney films. This song compilation includes a cover of "Heigh-Ho" conducted by Camarata. The record was a promotional item made available through Gulf gas stations. 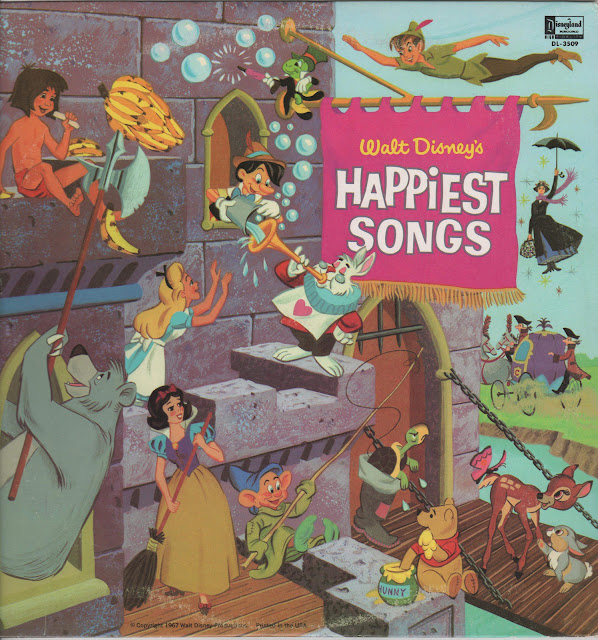 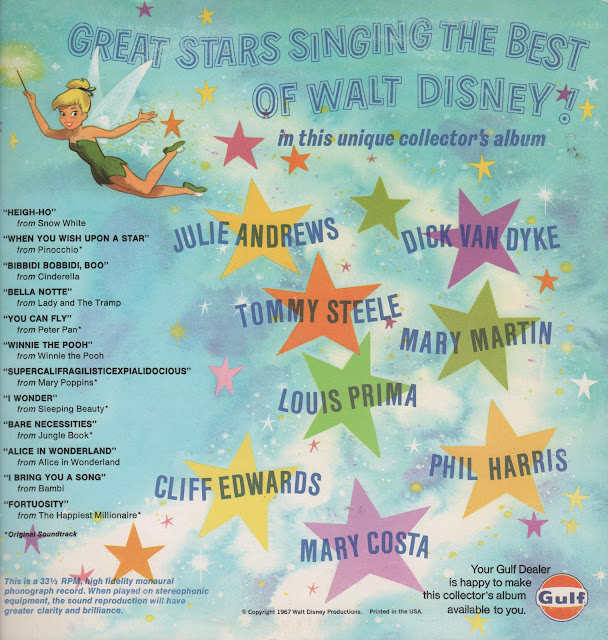 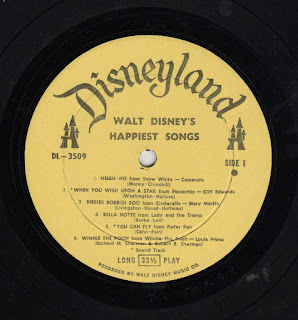 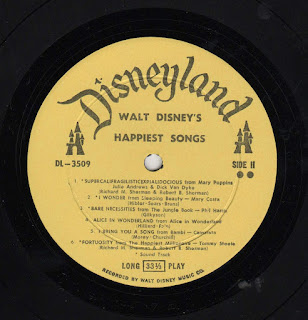 Images courtesy of the Greg Philip Collection.
Posted by Snow White Archive at 12:00 AM