The first Snow White soundtrack on the Disneyland Record label was released in 1956, catalog no. WDL-4005 (see previous post). The record was included in the high quality WDL-4000 series which was targeted toward adult listeners. Unfortunately this collection did not sell very well. The record would be reissued on numerous occasions over the years, with the audio content edited down which shortened the total run time.

In 1959, the DQ-1200 line of budget albums was introduced. Low costs and high sales would help bolster the then-struggling Disney label. These lower quality vinyl pressings were aimed at the children's market. The Snow White album, no. DQ-1201, was released in 1959, 1963, 1968, and 1987, along with other print runs taking place too. Original retail price $1.98.

The 1959 album artwork featured the Snow White characters and several whirlpool swirls. A couple of short sections were cut making the run time around 28 minutes (down from about 33). 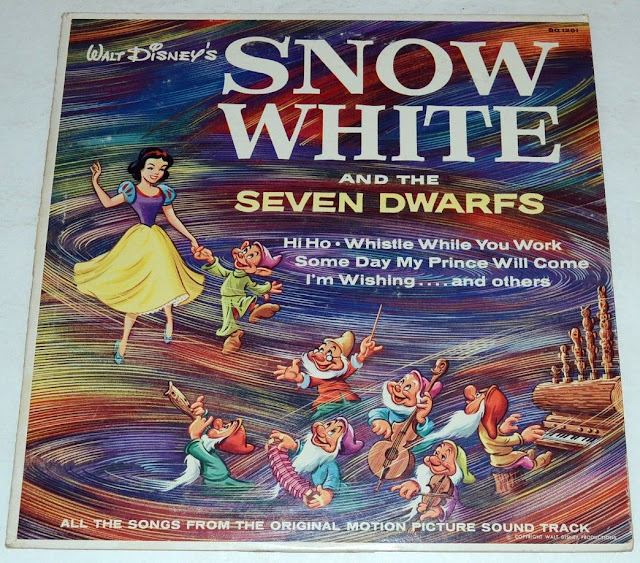 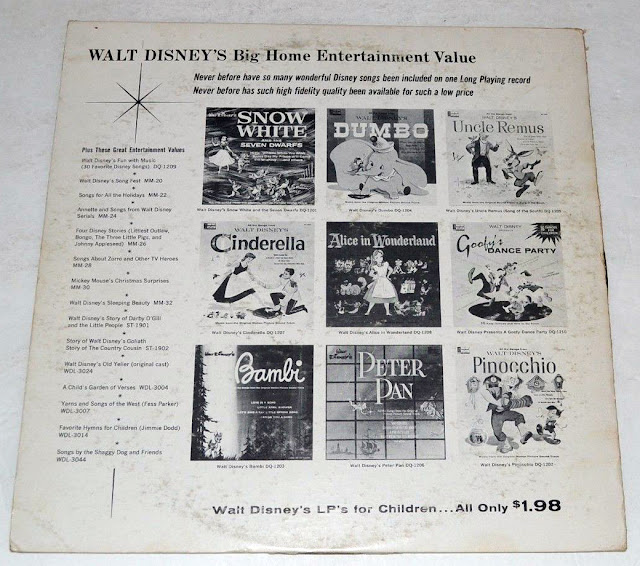 A 1962 printing with a different rear cover; the sleeve advertisement promotes the Disneyland Storyteller series which was released that year. 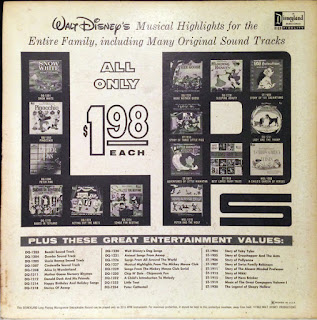 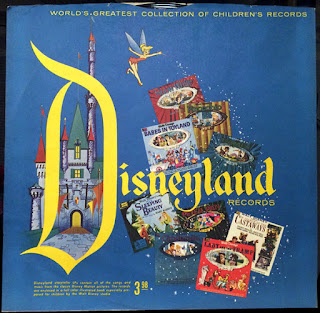 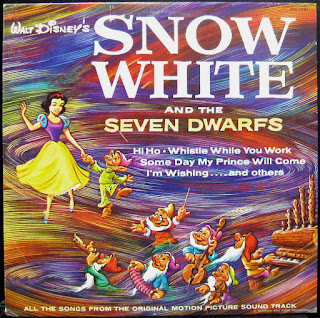 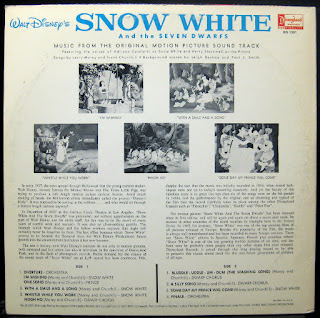 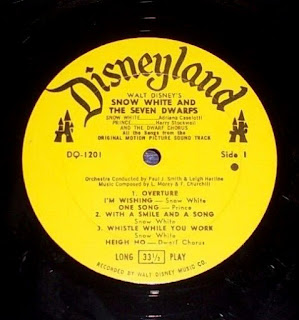 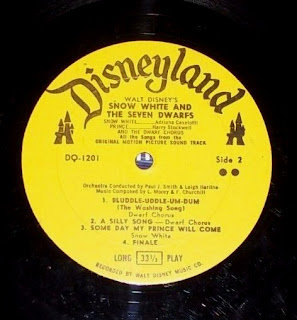 In 1968, the record was reissued with the same 1956 cover artwork from the original WDL-4005 album, but with less vibrant colors. Run time under 24 minutes. 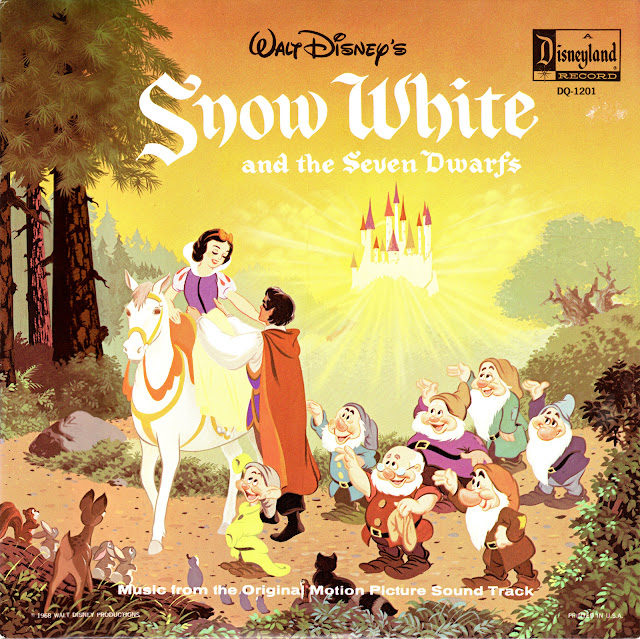 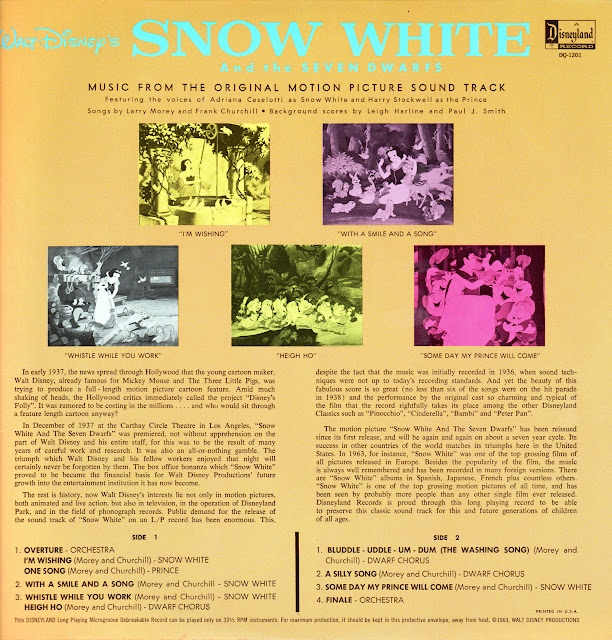 Images via the Greg Philip Collection. 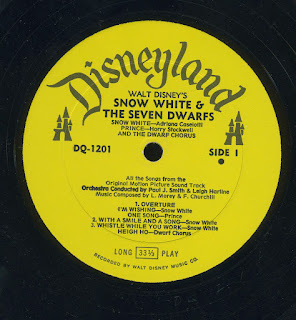 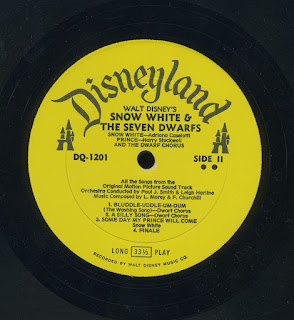 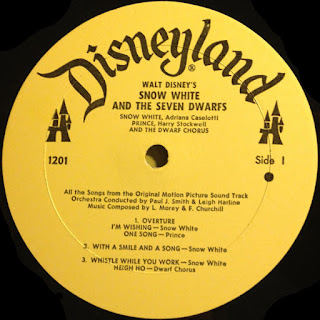 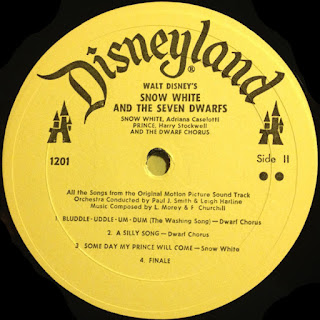 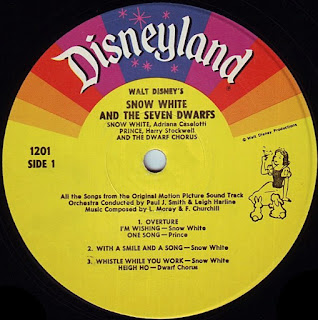 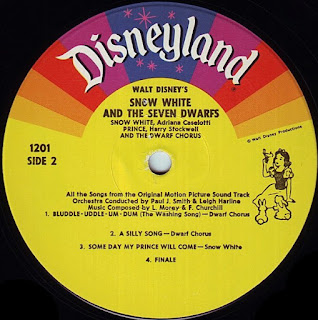 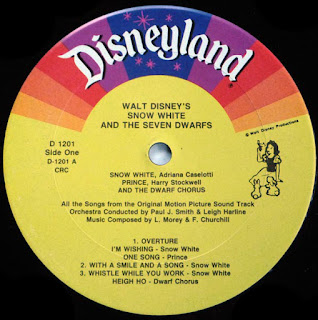 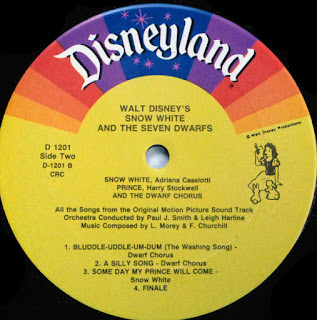 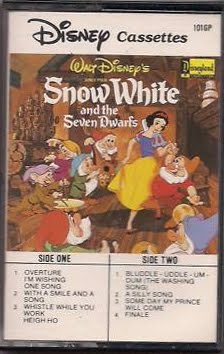 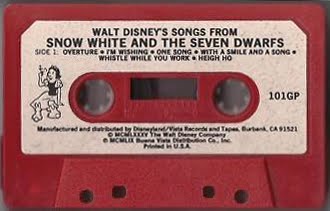 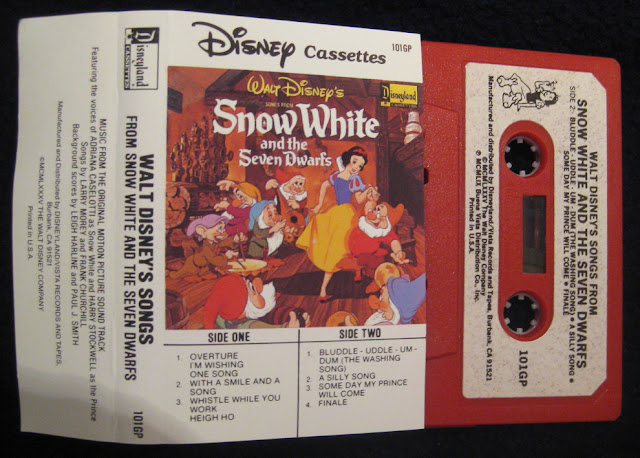 In 1987, the "DQ" prefix was dropped, catalog no. 1201. The album artwork was taken from the 1983 movie poster. The song lyrics were printed on one side of the record sleeve. The soundtrack recording itself was from the original 1956 WDL-4005 version. Total run time around 33 minutes. 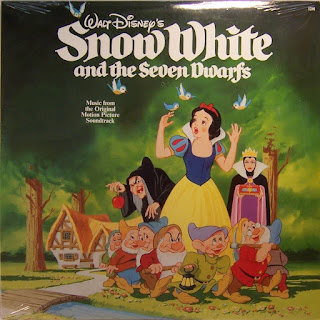 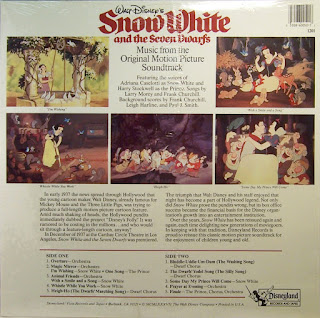 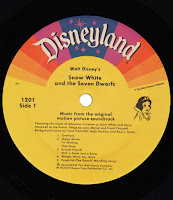 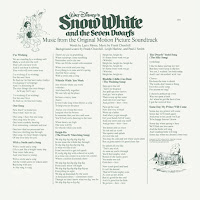 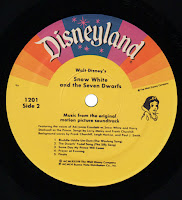