Food artist Prudence Staite used 14 different varieties of apples to make these scenes to commemorate the recent Blu-ray release of Snow White and the Seven Dwarfs. "It was fantastic to play around with such well-known, iconic imagery. The apple is such a big part of the story, it seemed right to use it to recreate some of the Disney magic in the works." 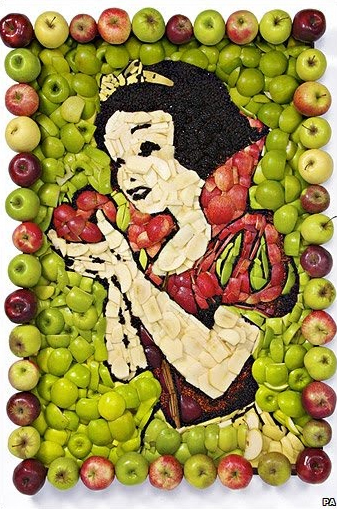 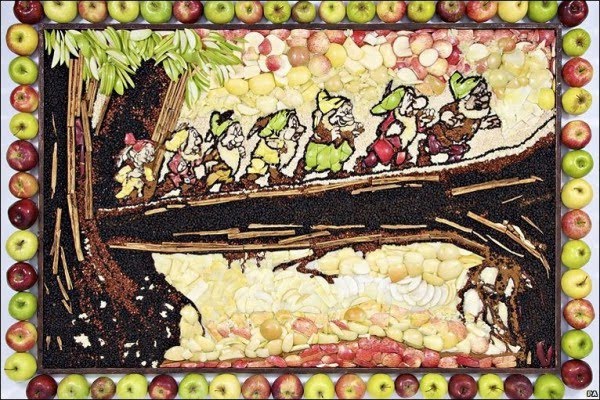 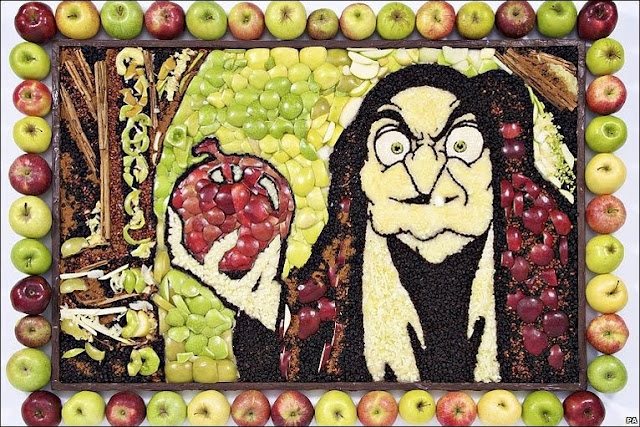 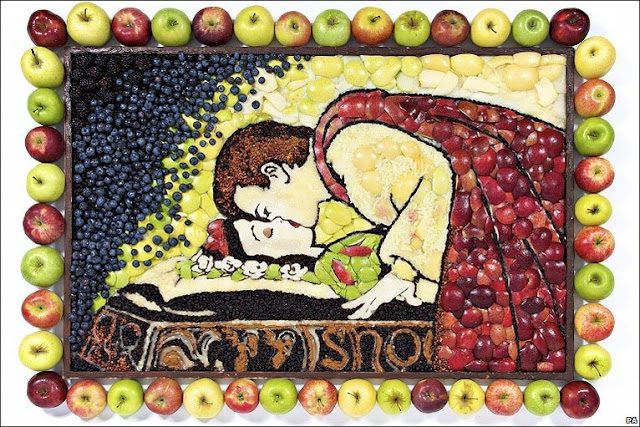 Images via BBC.
Posted by Snow White Archive at 8:10 AM