Albert Hurter - He Drew As He Pleased 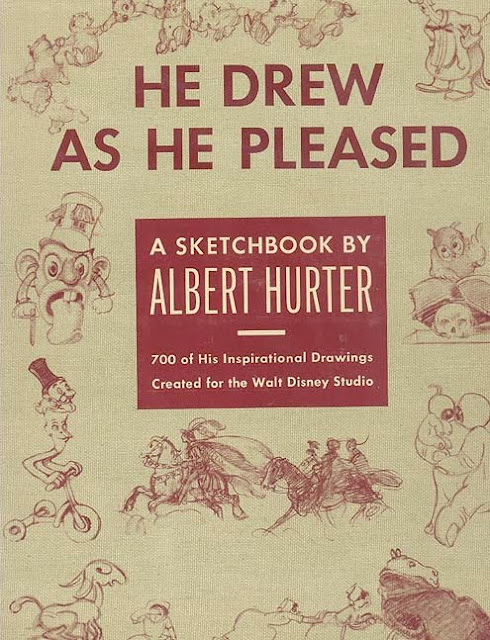 Albert Hurter, Walt Disney's first inspirational sketch artist, worked at the studio for a decade (1931-41) and played a key role in creating the "look" for many of the Golden Age films including Snow White and the Seven Dwarfs. Sadly, he passed away in 1942. In his will, Hurter requested that Disney associate Ted Sears be employed "to assist in the collection and arrangement" of over 700 of Hurter's drawings for the printing of a book on his work. Sears did indeed compile the artwork and approximately six years later He Drew As He Pleased was published by Simon and Schuster (1948) with over 90 pages of illustrations.


It was commonly thought that the Disney Studio created the book as a tribute to one of its great artists. In the forward, Walt honors Hurter with the following tribute...

Albert Hurter was a master creator of fantasy. In his whimsical imagination all things were possible. The sketches in this book testify not only to his rare sense of humor but also to his genuine ability as an artist.

Yet, it was John Canemaker in his book, Before the Animation Begins, that brought to light the fact that it was actually Hurter himself who set aside the $5000 in his will for the completion and publication of the book. Albert was...

...in reality deeply proud of the unique art he made at Disney and was aware of its impact. And he wanted to be remembered for it.
From John Canemaker's Before the Animation Begins, p.24-25.

Today, He Drew As He Pleased is a hard title to come by. Some online booksellers offer it for sale, but the price for such a treasure is not cheap. Lucky for us, a few animation buffs have taken the time to post pages from the book. So now 63 years after it was first published and nearly 69 years after his death, here's a glimpse into Albert Hurter's Sketchbook. 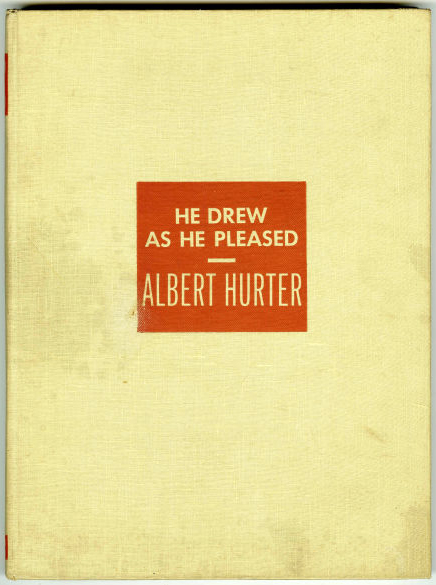 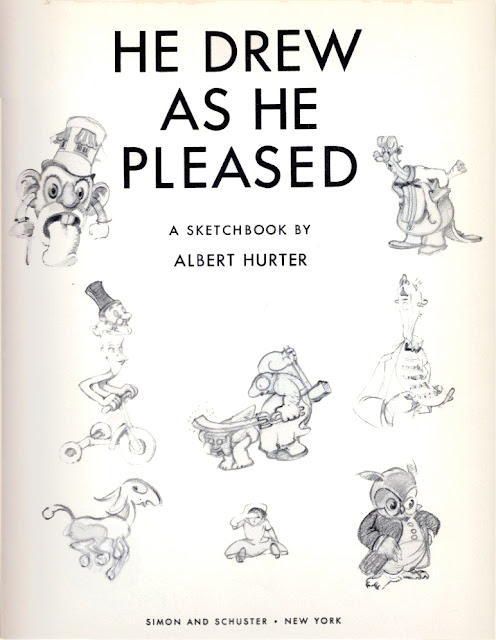 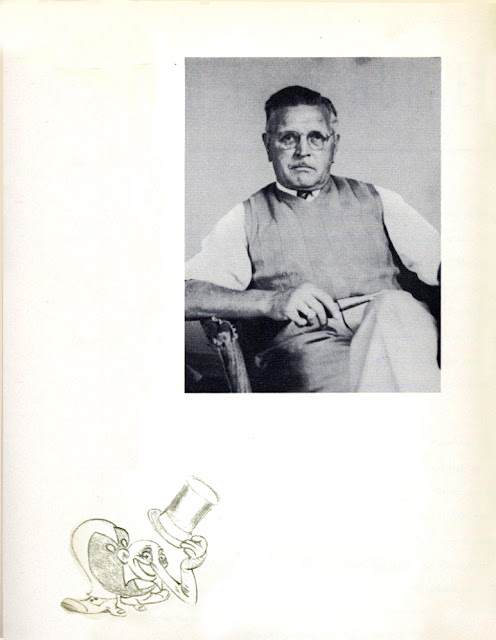 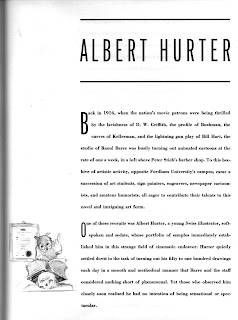 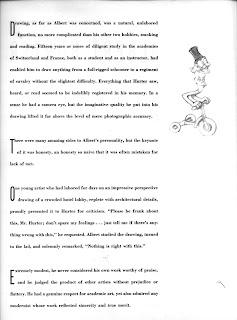 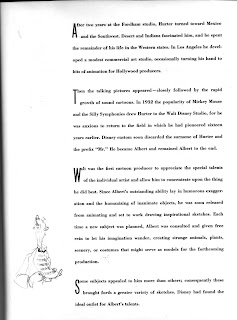 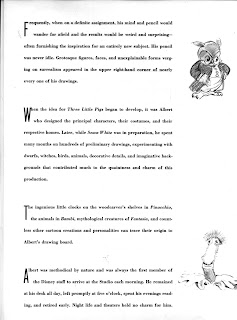 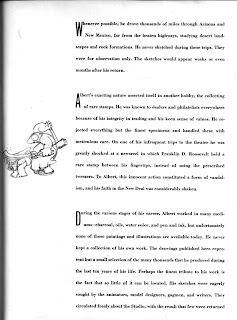 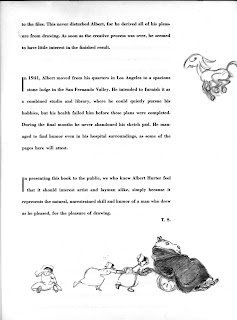 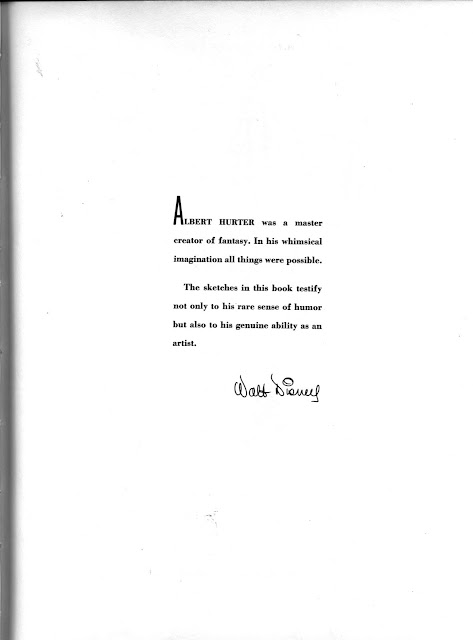 The book was designed such that as you flipped though it--on the left would be (usually, but not always) a short blurb. On the right leaf would be the illustrations. A few sample pages: 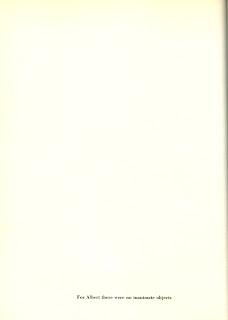 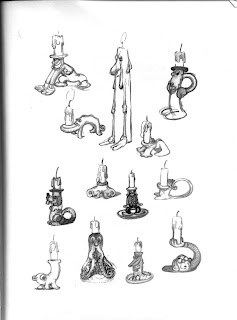 "For Albert there were no inanimate objects" 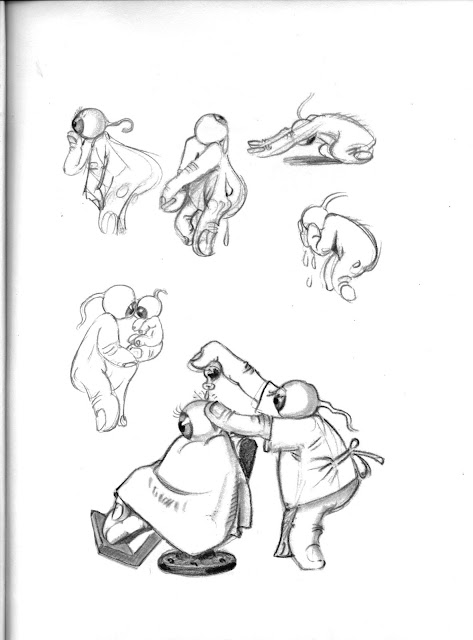 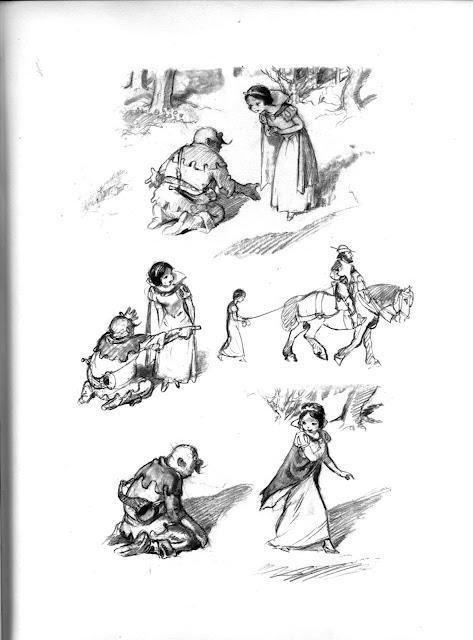 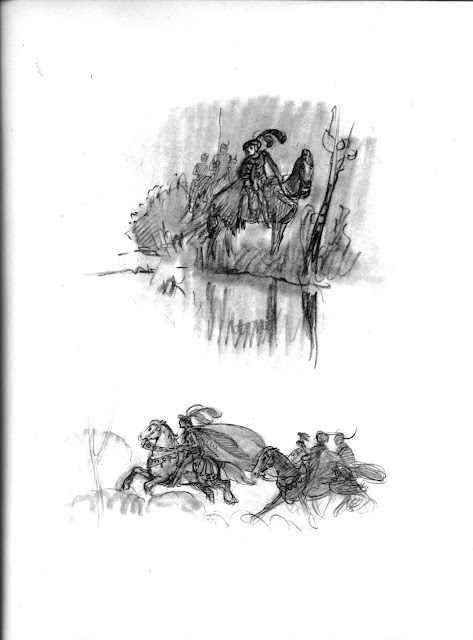 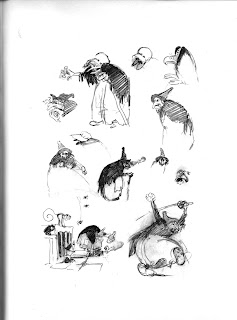 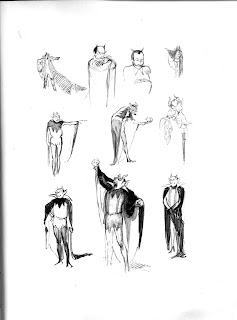 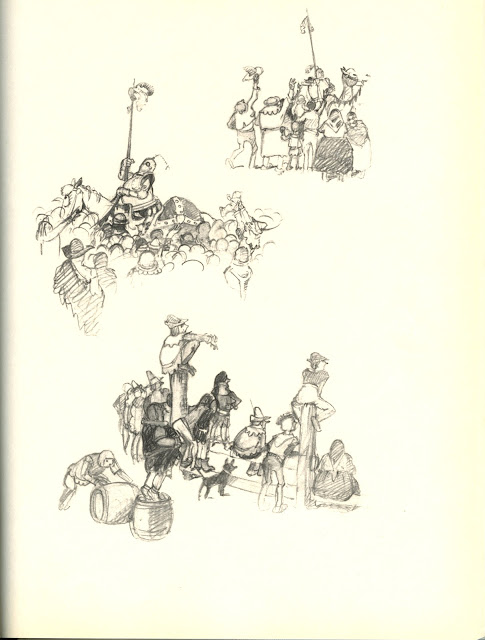 "When 'The Reluctant Dragon' was in preparation, these medieval studies appeared...each from memory. Albert never resorted to 'scrap'..." 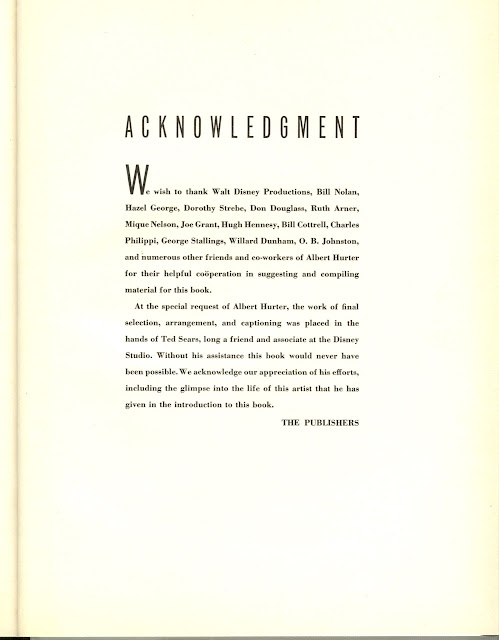 Illustrations and text copyright Disney 1948. Posted here for historical documentation purposes only.
Posted by Snow White Archive at 12:01 AM