The Adventures of Dan the Miner

The famed Carthay Circle Theatre has been gone for over 40 years, but Dan the Miner still stands. He was there when the movie palace first opened its doors in 1926. He saw the crowds gather for the gala 1937 premiere of Snow White and the Seven Dwarfs. He even witnessed the decline and 1969 fall of the once grand theatre.

Dan the Miner, a "larger-than-life sculpture of a 49er gold prospector," was initially christened "The Pioneer." The seven foot, 512-pound bronze figure was fashioned by sculptor Henry Lion back in 1925. Set in the Carthay Circle courtyard, the 49er was the centerpiece of a water fountain feature--also known as the Daniel O. McCarthy Pioneer Fountain or the Miner's Statue. Hence, we get "Dan the Miner."

In the photo below, artist Lion stands on a pedestal next to his sculpture. Also pictured is the Carthay Circle Theatre developer J. Harvey McCarthy and an unknown woman. Photo is dated March 17, 1926. 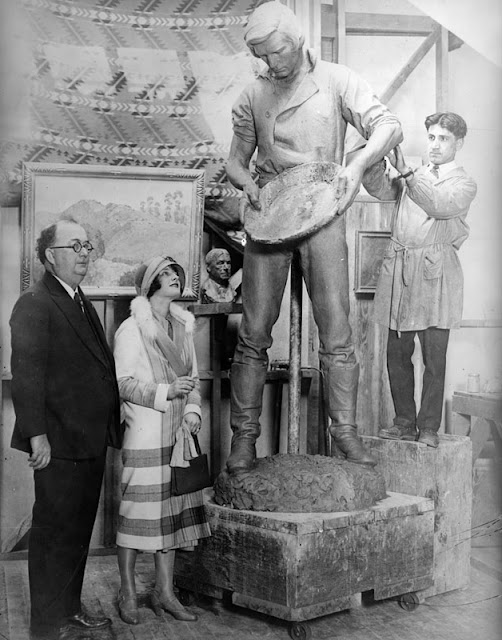 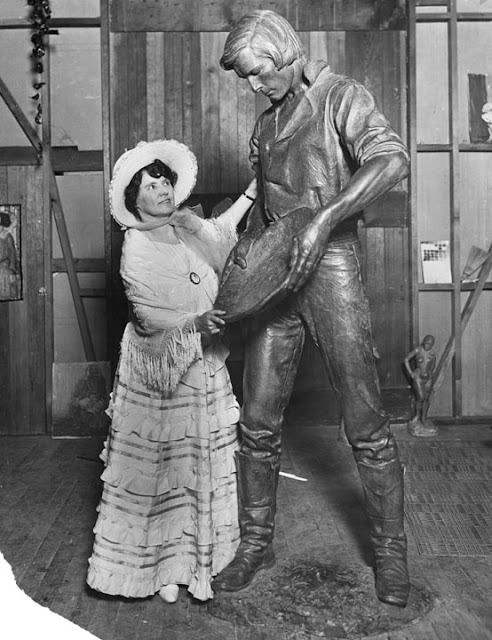 
The statue and fountain were dedicated in 1926. A plaque read, "This fountain is a memorial to the gallant pioneers of '49 of whom Daniel O. McCarthy, patriot, miner, leader, was an outstanding example..." 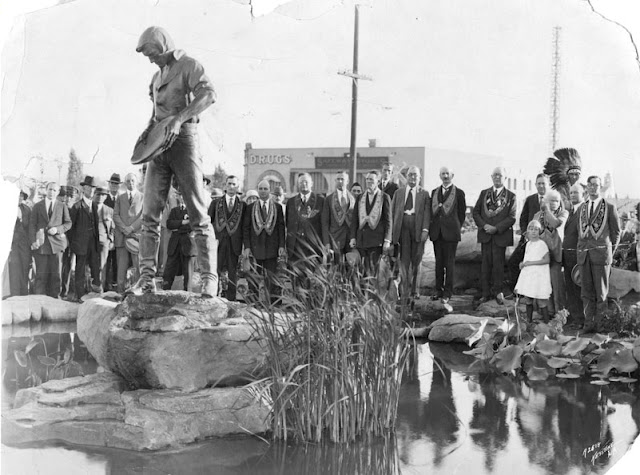 A photo from 1927 with the theatre in the background. 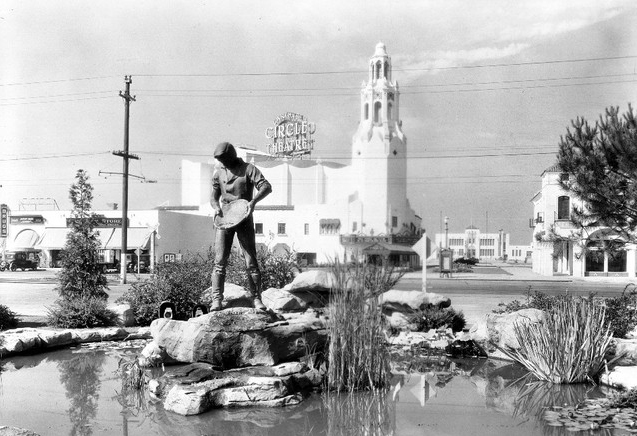 Another 1927 photo, this one a moody night shot. 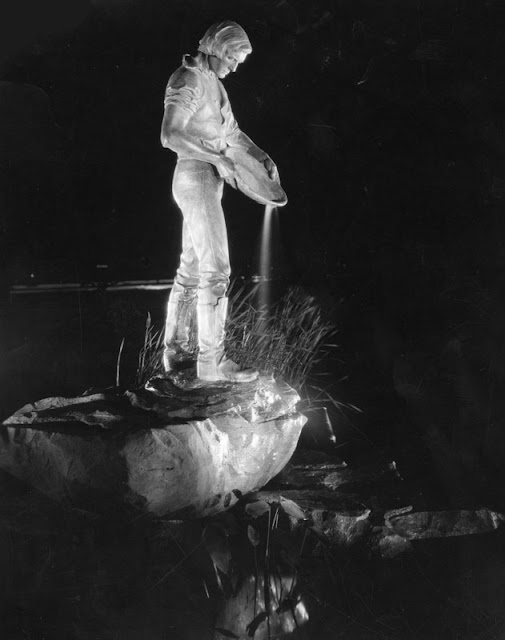 Some 80 years later, the theatre was gone. The pond was gone. Yet, Dan still stood, pictured here in a 2006 close-up. 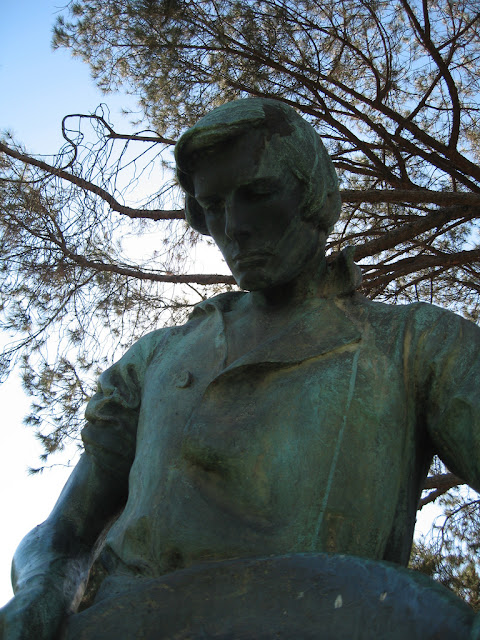 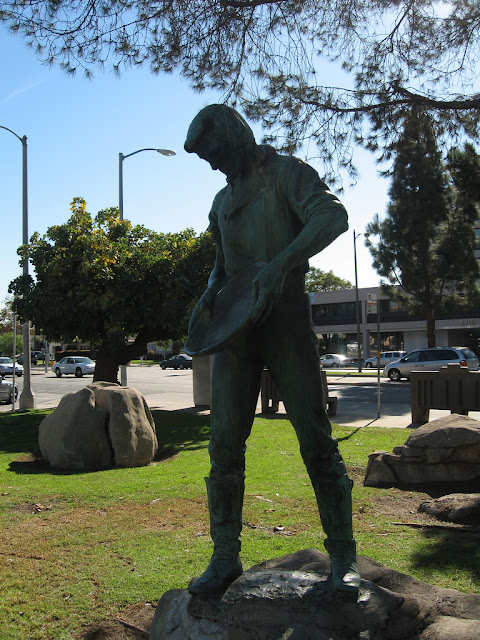 
Then in February of 2008, something happen. The poor guy was stolen (LA Times, February 13, 2008). The heist was apparently run by thieves wanting to make a buck off the metal. 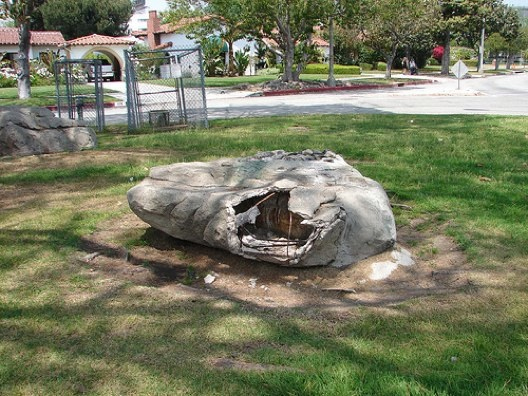 
Understandably, folks in the neighborhood were rather upset. Dan was a real piece of antiquity. Several months went by with no word. Yet, his disappearance had been in the media, and probably as a result, he was recognized one day when he showed up in a LA scrapyard.

The good news was that the criminals were caught (LA Times, January 6, 2009). The bad news...rather disrespectfully...he'd been cut in half! Still, he did make a new friend while he was away. Meet "Scrappy" the metal dog. 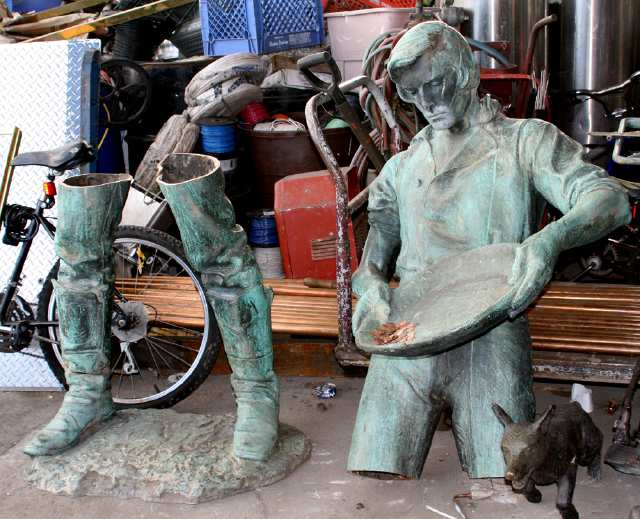 
After a very long and difficult year for Dan, the city had the statue restored. Looking spiffy as ever, Dan was unveiled anew in early 2009. 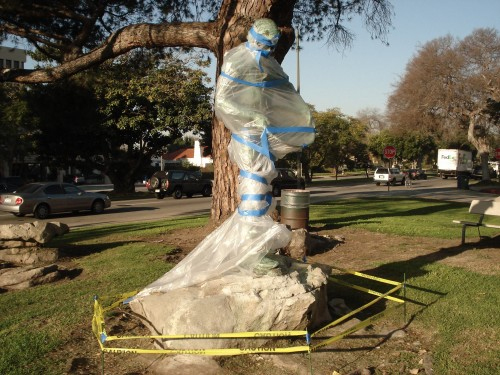 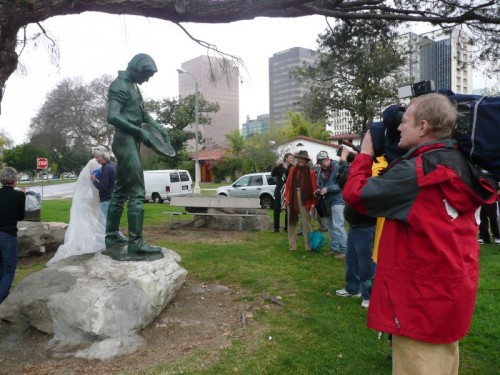 All's well that ends well. And so it is for Dan the Miner who is back home on his Carthay Circle perch. 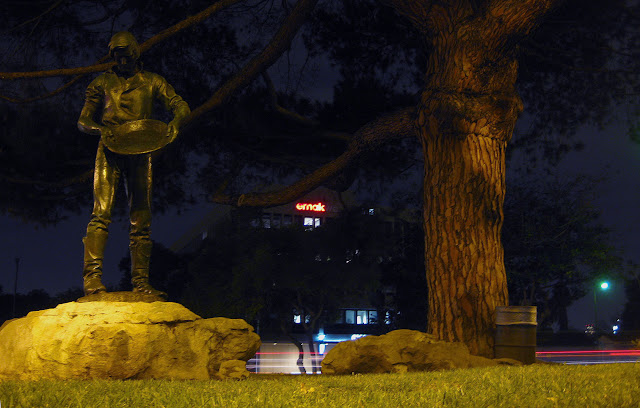 Image copyright Will Campbell via Blogging Los Angeles.
Posted by Snow White Archive at 12:01 AM