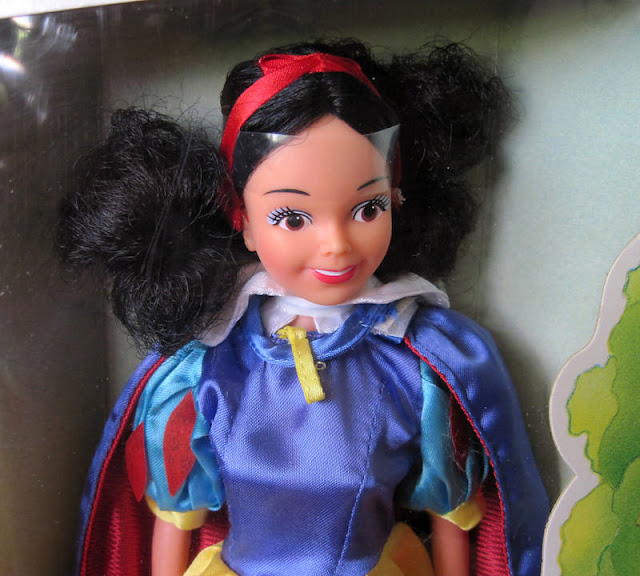 Looking all vintage with their own kind of style, this series of dolls had it going on in their day. Manufactured by Bikin in the 1980s, the fully jointed Barbie-size princess stood 11.5" tall. The Seven Dwarfs about 6.5". A Queen, Witch and Prince completed the set.

The dolls were sold individually, but the Prince and Snow White were also found packaged together in their wedding garbs. The Dwarfs too were marketed separately, but if you had a car big enough to get them home in, you could buy the seven all crammed together in one giant box.

Snow and the gang didn't seem to change over the years, but the design of their packaging did. According to Snow White enthusiast, Peppermint Snowdrift, the boxes with the apple and diamond designs were sold circa 1983. The forest animal and carved wood/pick axe boxes were issued in 1987.

The larger dolls were sold in boxes with an apple graphic on the front. 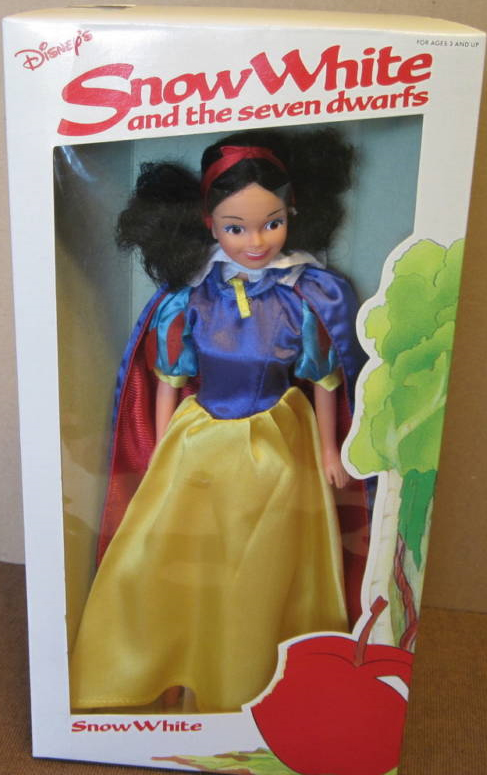 A shot of the back with the "© Walt Disney Company" label. Manufactured by Bikin Express Ltd. (Hong Kong) and Bikin USA Corporation. 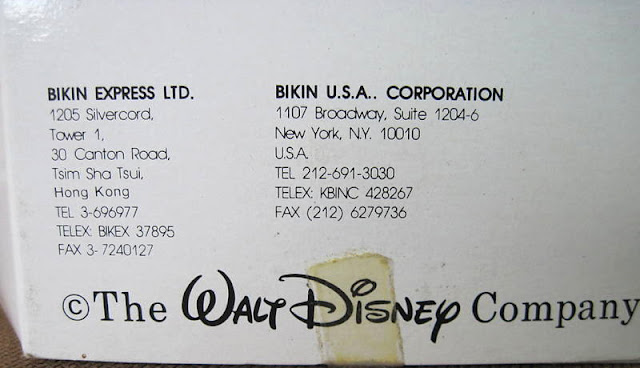 Although I've not seen as many of these, some of the boxes had the "Walt Disney Company" logo printed along the bottom left front rather than on the back. 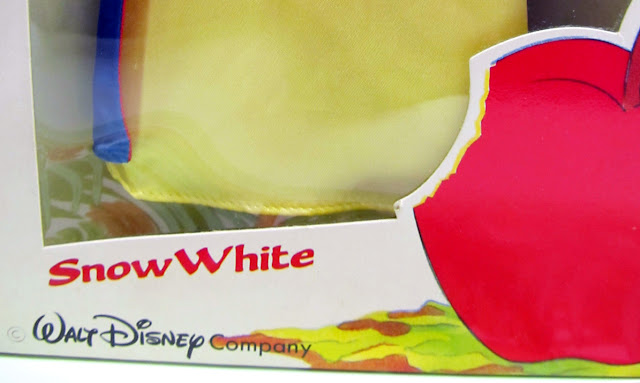 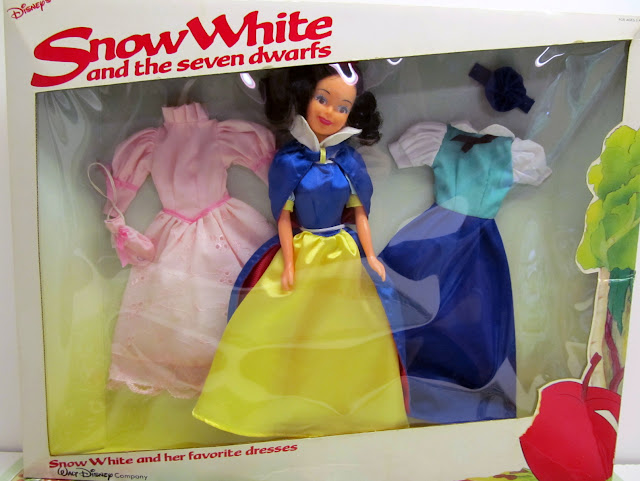 Joining Snow were the Prince, Witch and Queen. 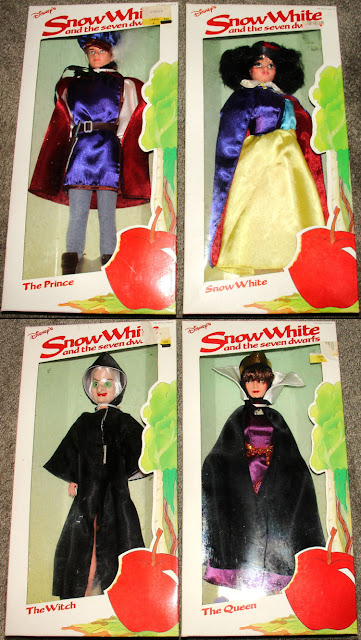 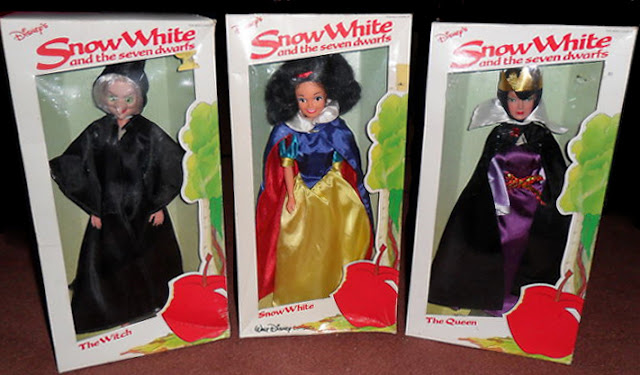 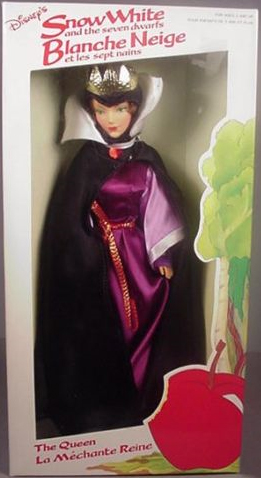 Both French and English language text on this box indicates a Canadian sales destination.


And finally, nestled together in the apple box is the wedding couple set. 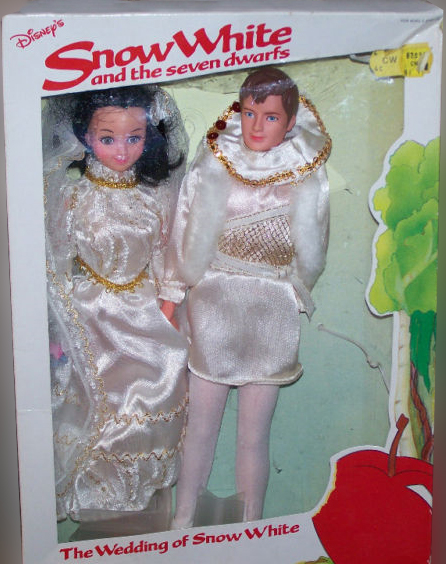 
The Dwarfs were sold separately, not in apple boxes but in ones with a lantern and diamonds graphic on the front. 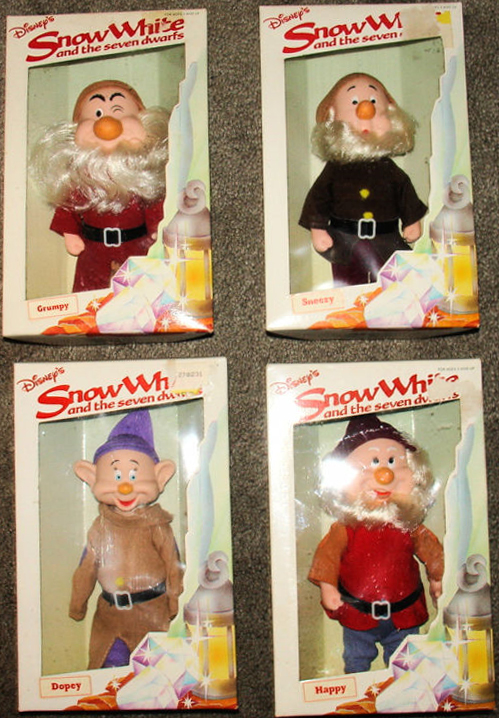 In a separate Bikin marketing campaign, Snow White came in a box with her forest animal friends on the front. 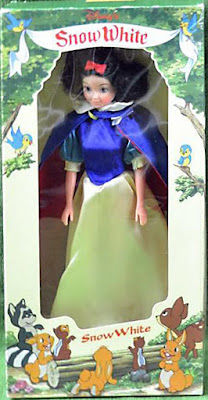 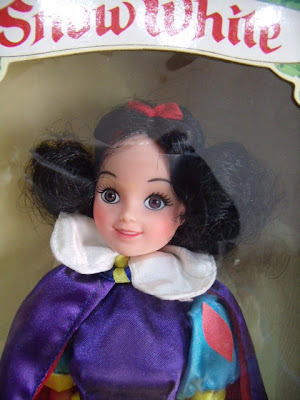 More of her "favorite dresses" were sold with the doll or without. 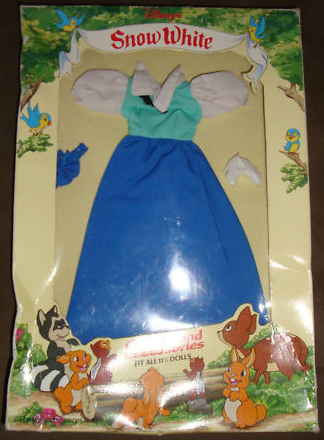 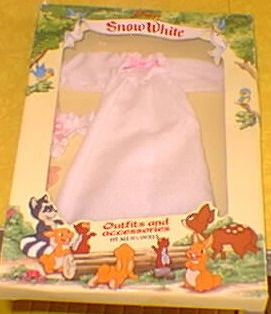 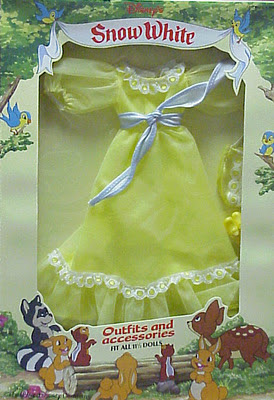 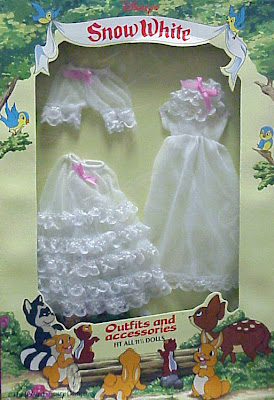 The Prince, Queen and Witch all came in the forest animal boxes as did the wedding couple. 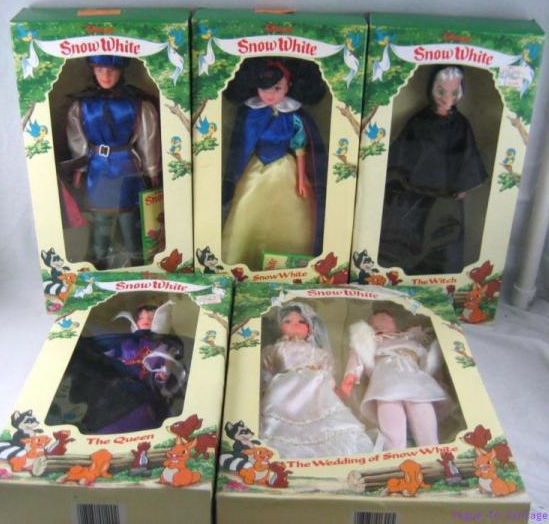 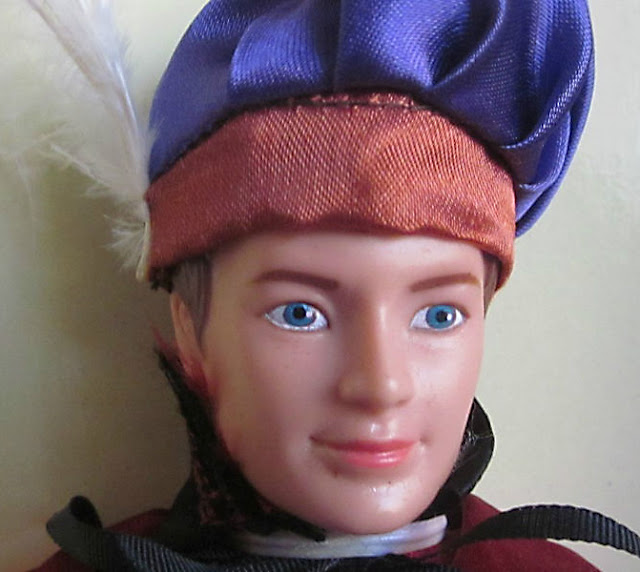 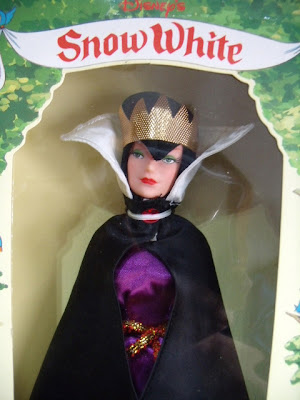 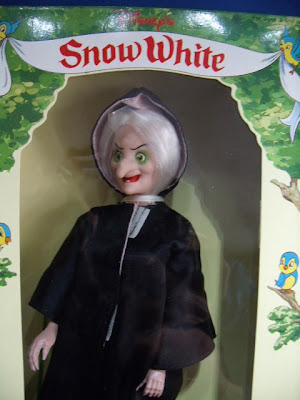 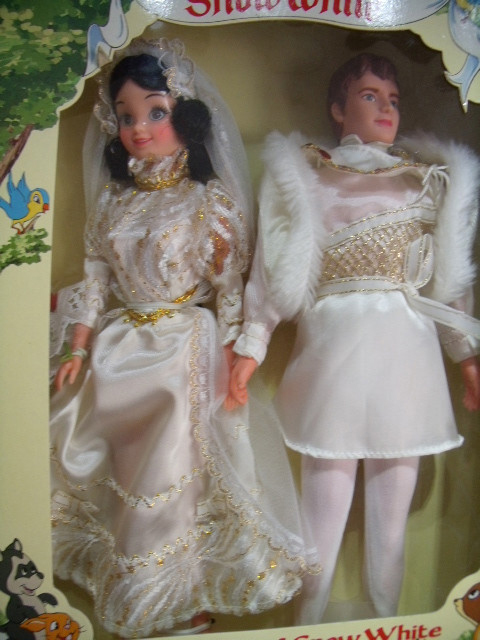 In this alternate Bikin universe, the Dwarfs came individually packaged in boxes with a pick axe design in the lower front corner. 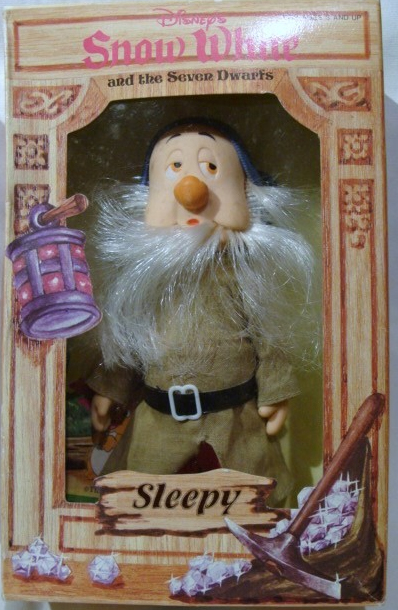 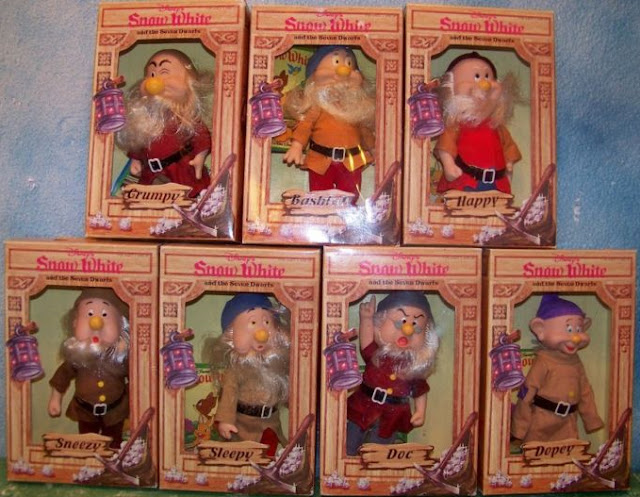 And in the mambo set.