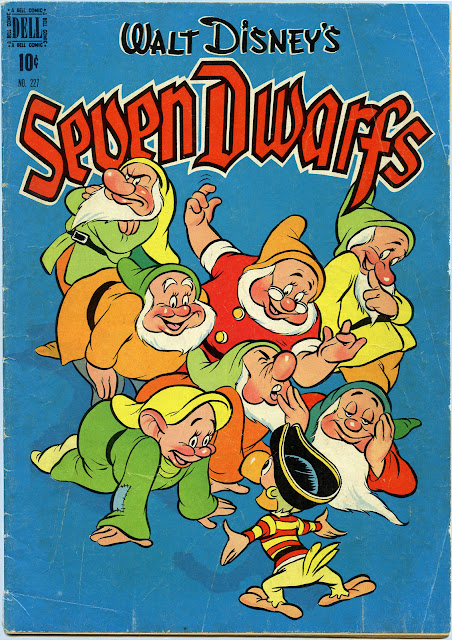 The first short is found on the front endpaper and is all about Bashful. 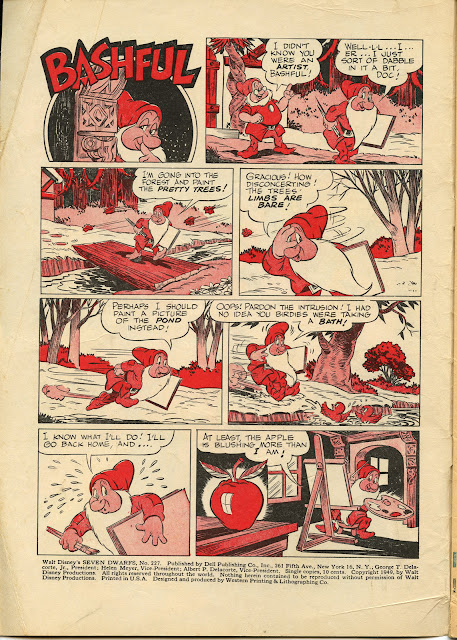 The most involved tale is The Seven Dwarfs and the Pirate. It takes place on the high seas and includes the Old Witch, a talking parrot named Yellow-Beak, and even King Neptune. Sample pages: 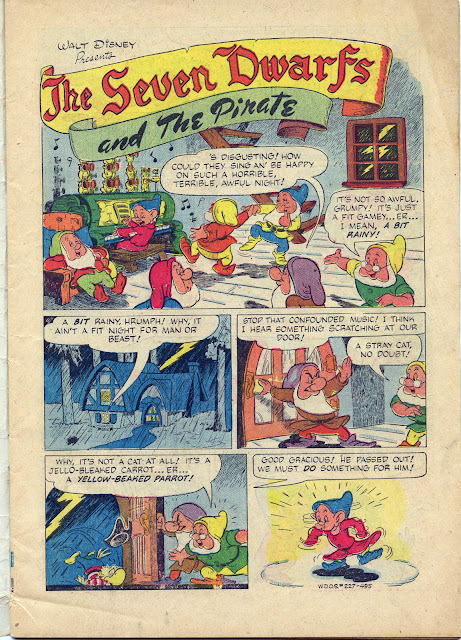 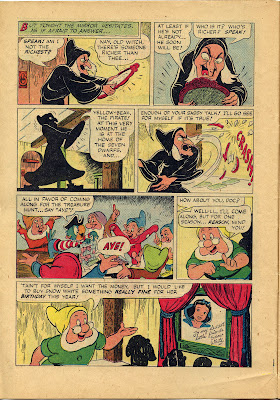 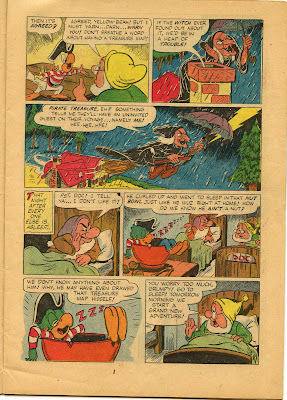 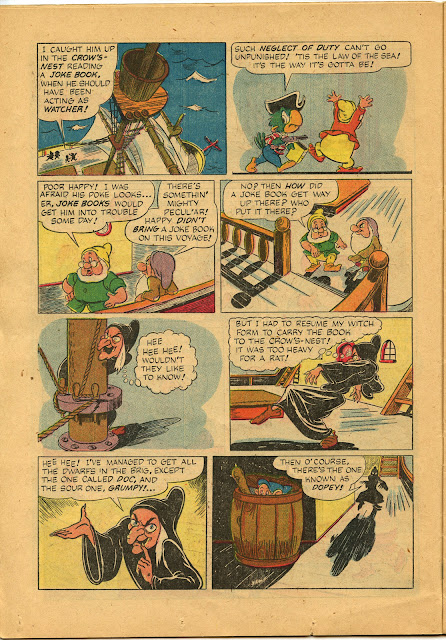 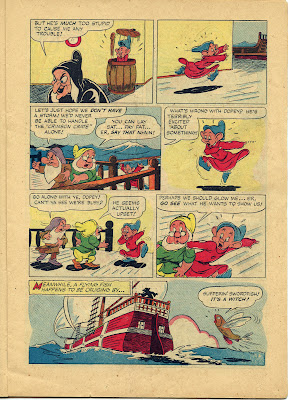 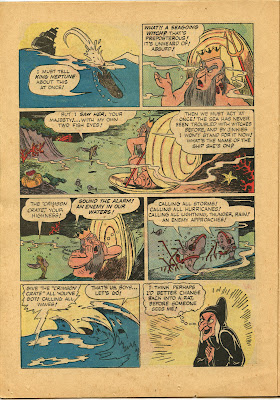 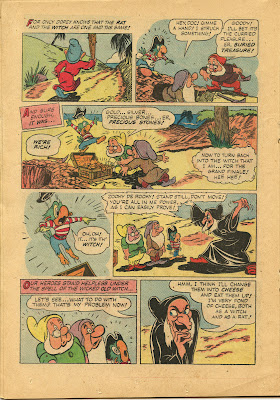 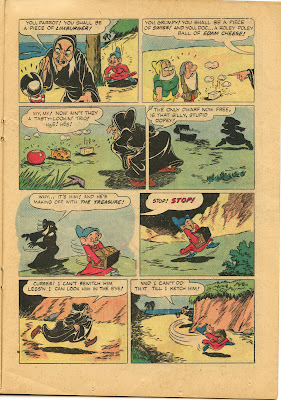 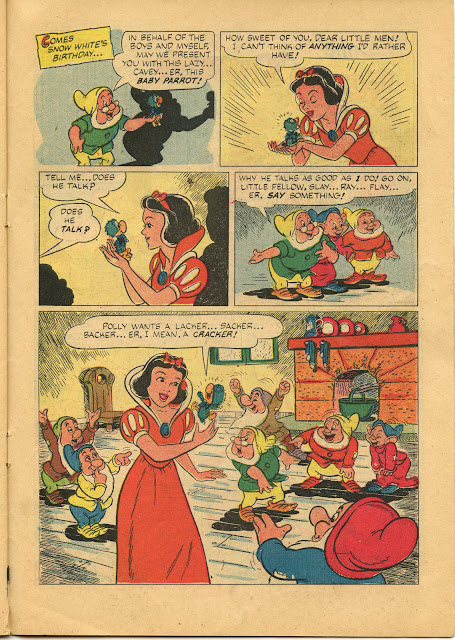 
The other story of length in this comic is The Seven Dwarfs and Humpty Dumpty. We not only meet the nursery rhyme egg and his little brother but also the giant from Mickey and the Beanstalk.
Posted by Snow White Archive at 12:01 AM