The Disneyland Paris Magical Moments Festival from 2011 generated a number of interesting collectibles including the Magical Moments trading card set. Produced by card manufacturer Cartamundi, the series was licensed by Disney and promoted thru UK supermarket giant Morrisons.

For every £30 spent at Morrisons, customers received a pack of 7 Disney cards. Among the 250 million cards printed, a thousand were instant-win gold cards for a two night family stay at Disneyland Paris. See Mandas Disney Blog for a complete play-by-play (with photos) of how she shopped at Morrisons and got her cards. 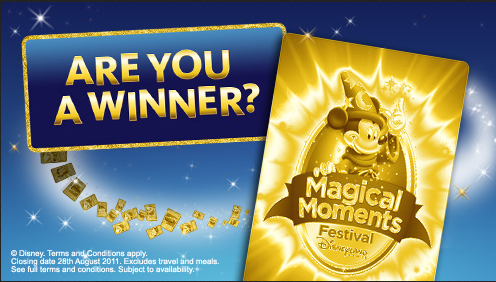 The 99 card set includes base cards and sparkle cards. Both animated and live-action Disney characters are featured. Each measures around 8.7cm x 5.6cm. The numbers on the front are used to play two different games, Trumps and Happy Families.

Snow White is the 22nd card in the series, #C4. She's a sparkle noted by all the circle patterns. These sparkle cards have a slightly different feel to them due to the surface coating. 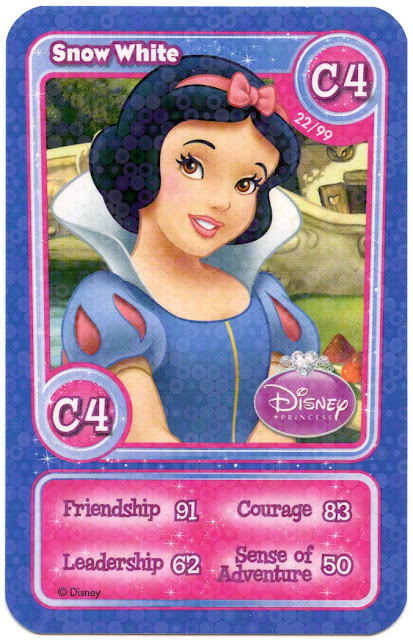 The back sides feature Mickey as the Sorcerer's Apprentice. 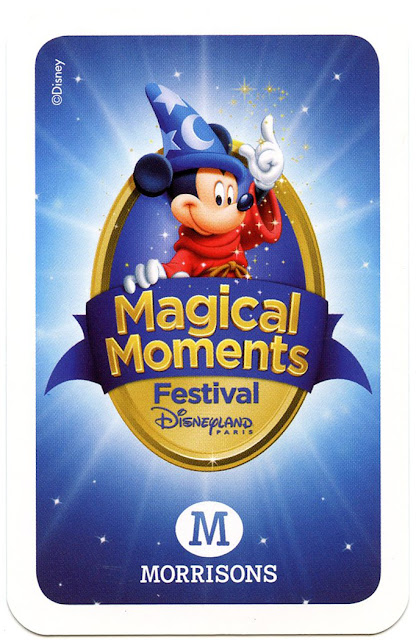 Snow appears on the 23rd card too, #C5 Disney Princess. It's a base, no sparkle circles. All the "5" cards in the set were also produced with the more rare, silver border/background. Eleven silver cards in all. 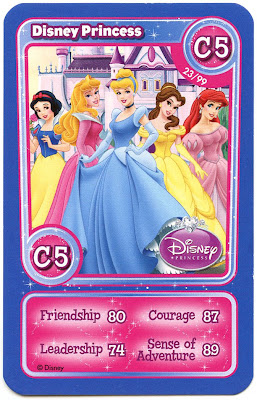 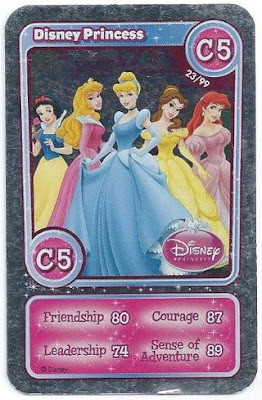 A Collector's Album could be had from Morrisons for an additional £3.99. 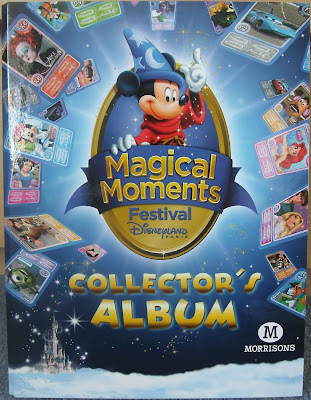 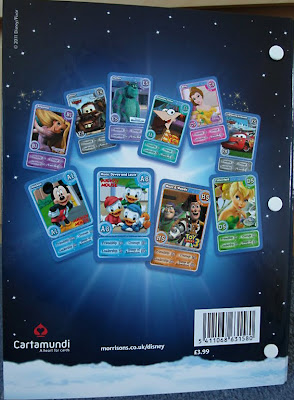 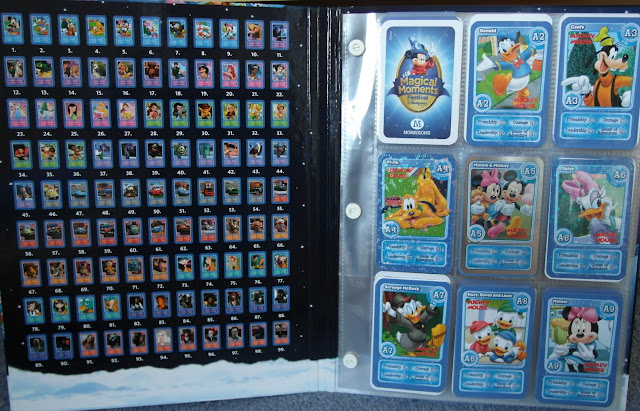 
As for the Gold Cards, they really did exist as attested to by one of the winners (although travel and meals expenses were not part of the deal). 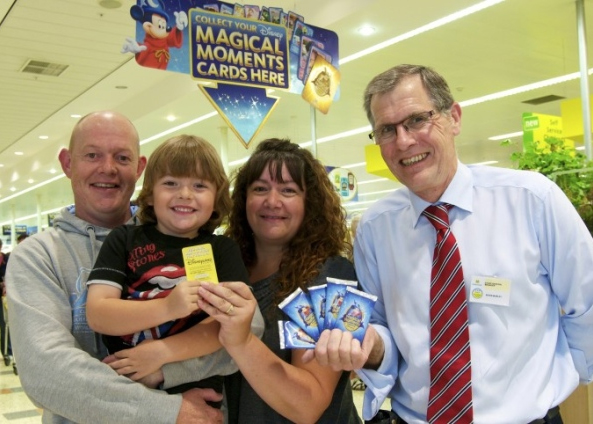