A new medium Snow White figure was spotted in December of 2012 at several Disneyland Resort shops including Disneyana, Off the Page, and World of Disney. Created by artist Costa Alavezos, the piece recaptures the dancing scene during the Dwarfs' Yodel Song. Measures approximately 14" high with a 13" base which includes forest animal "wood-carvings" reminiscent of those in the Dwarfs' cottage. The bottom of the figure is marked 75th anniversary. Made of resin. Retail $145. 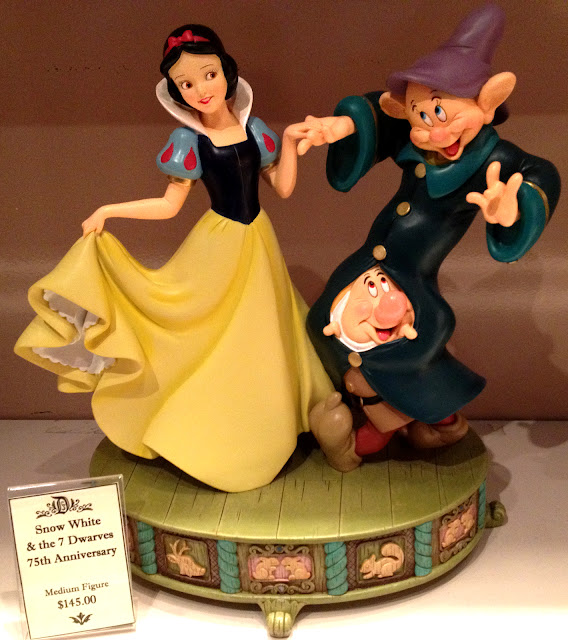 Although this piece was created especially for Disneyland and Walt Disney World, it also appeared online at the Disney Store in spring 2013. 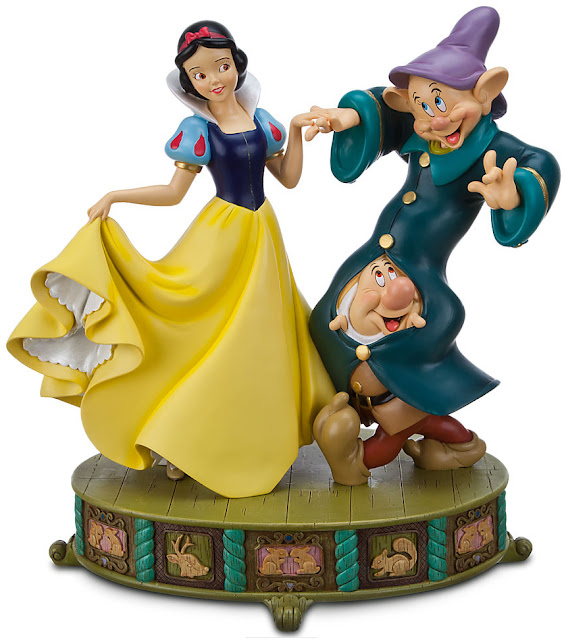 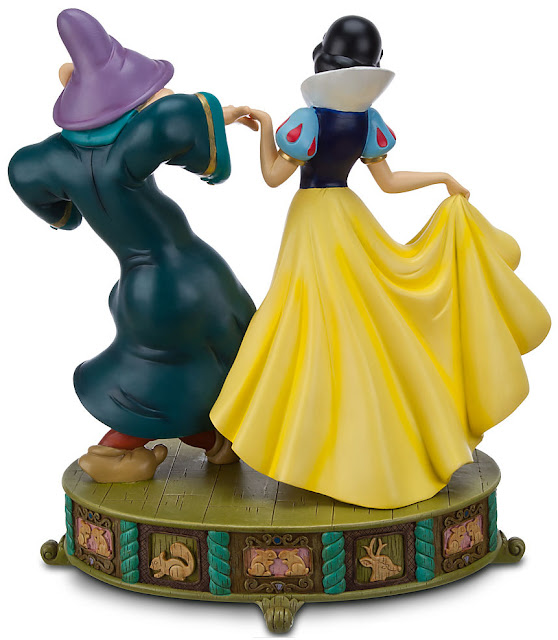