The first general release of Biancaneve ei Sette Nani in Italy occurred on December 23, 1938. This would be followed by numerous post-war theatrical runs, beginning with the January 1, 1950 re-release.

Then there are Photobustas (fotobusta) which are similar to US lobby cards, except they're printed on thinner glossy paper, and they tend to be much larger (from slightly bigger up to nearly the size of a US one-sheet). They almost always come in sets of eight but this can vary too. Finally, there are Locandinas which resemble US inserts and are printed in different sizes. SOURCE: EMOVIEPOSTER.COM

1938 Premiere. RKO/Generalcine 2 fogli, 100 x 140 cm (similar to the North American 40 x 60). Generalcine was the "host" distributor that rented all the RKO films to Italian theatres.  "Un Film Fuori Classe" translates to "An Outstanding Motion Picture" and the bottom text reads "Winner of the Great Art Trophy at the Venice Film Festival". The artist was a painter named Carlo Ludovico Bompiani. 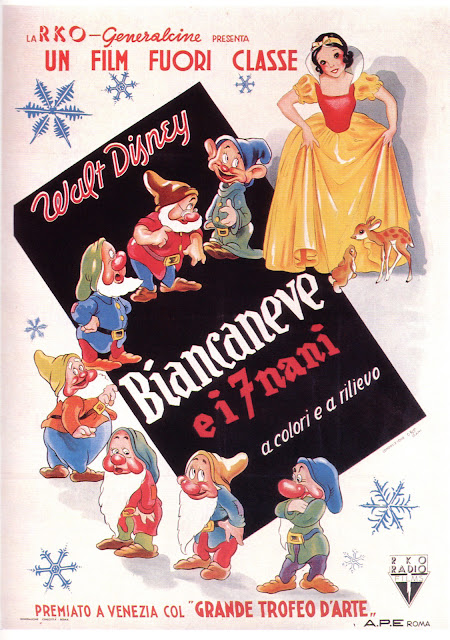 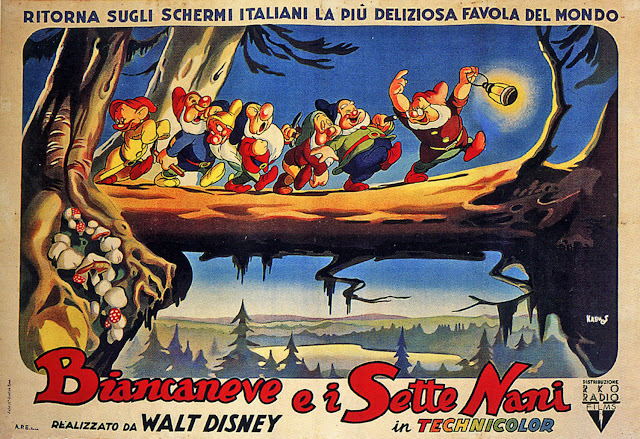 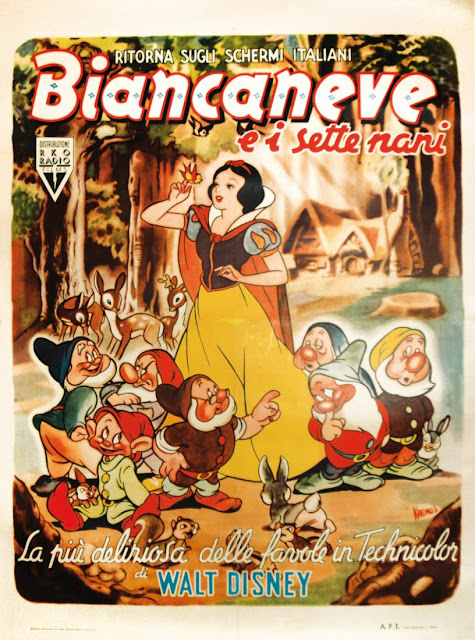 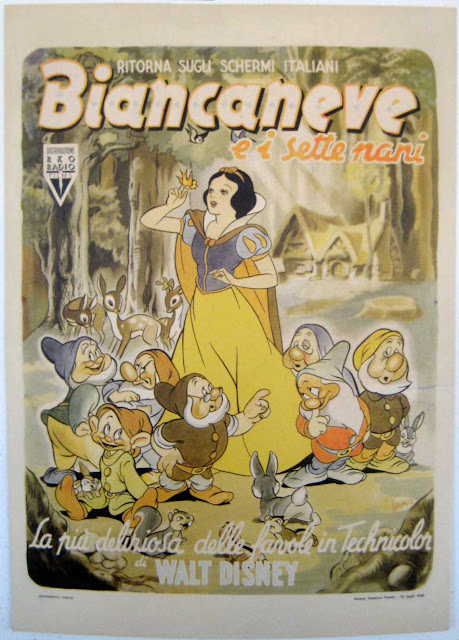 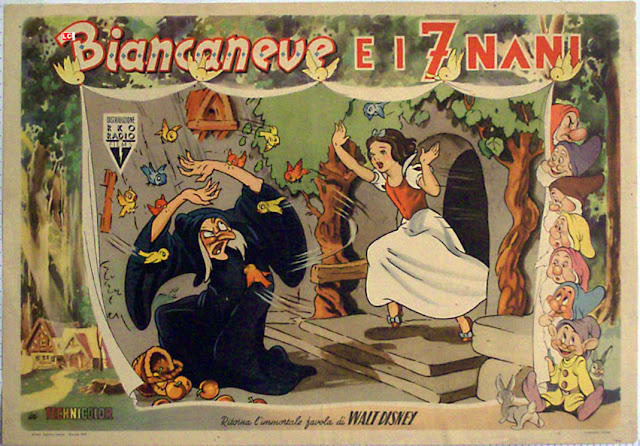 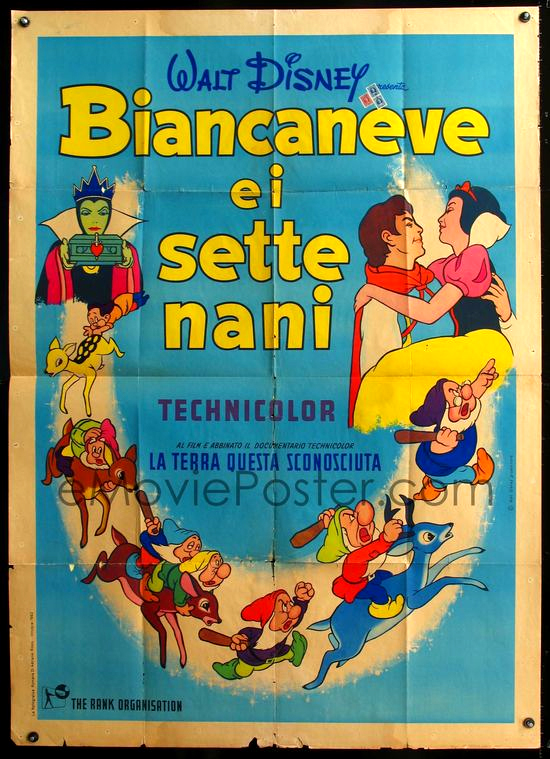 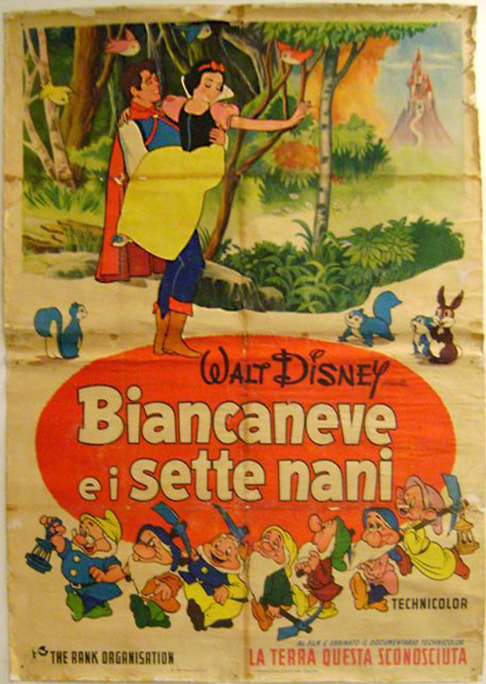 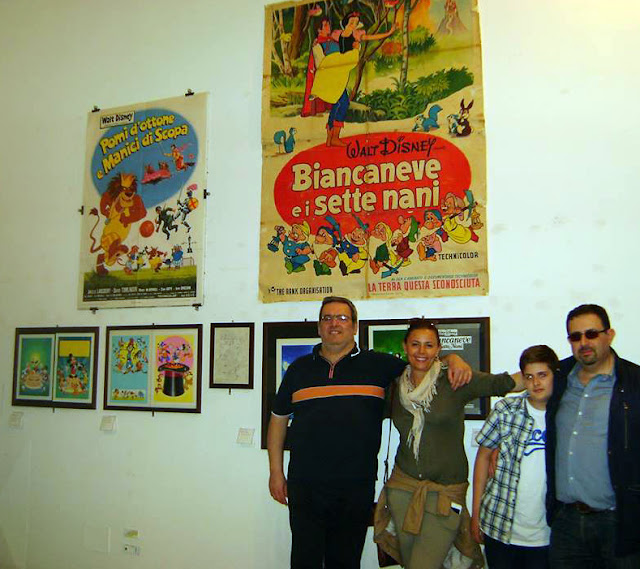 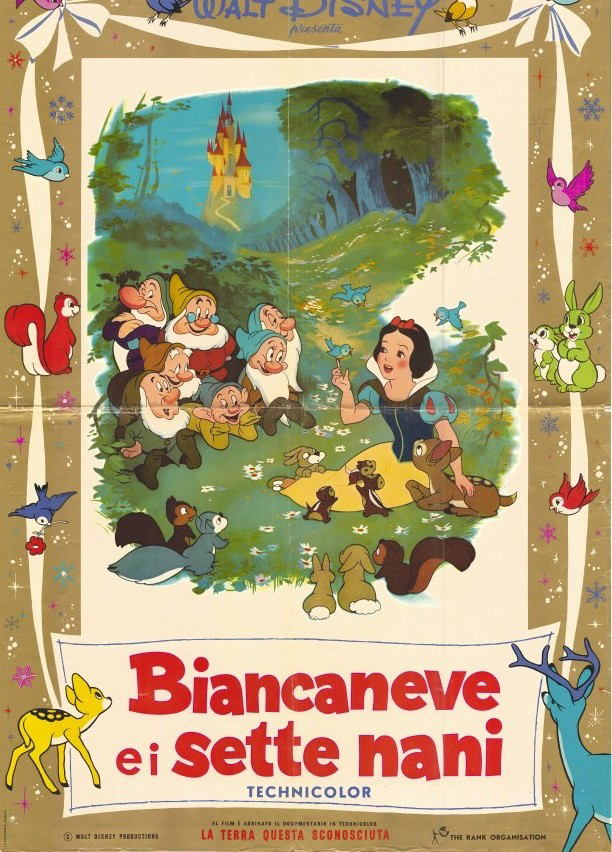 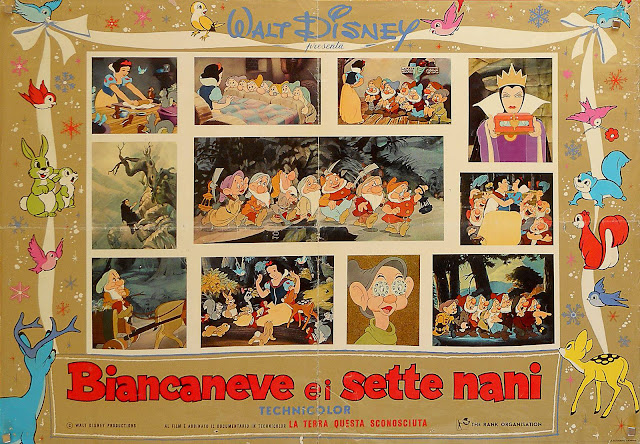 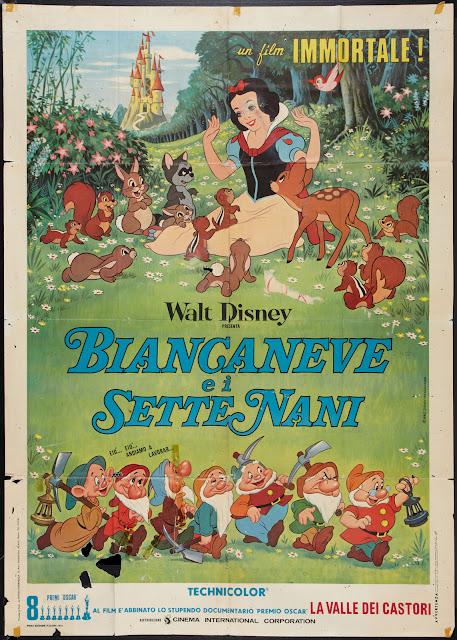 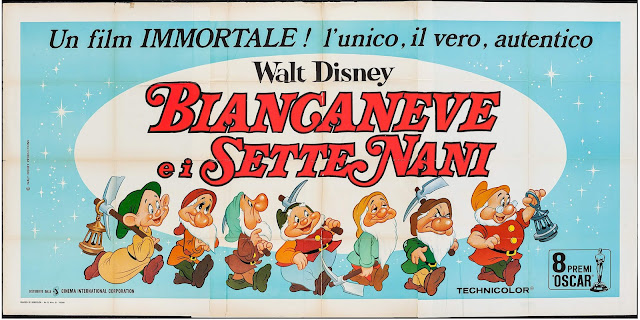 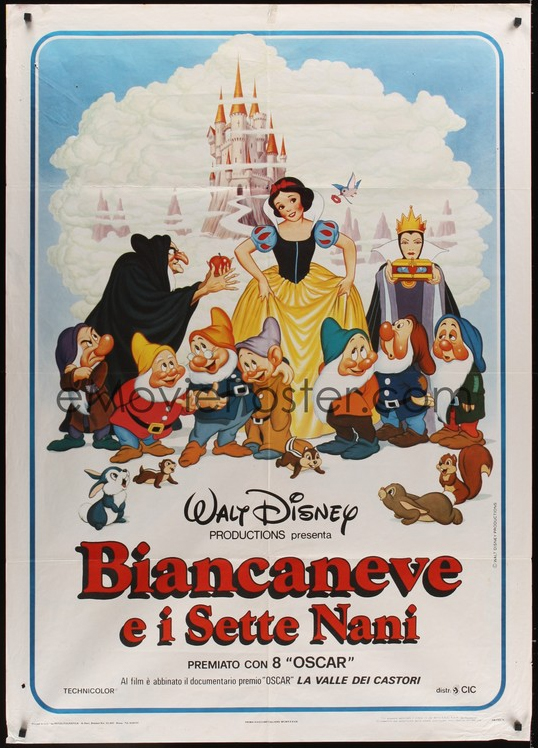 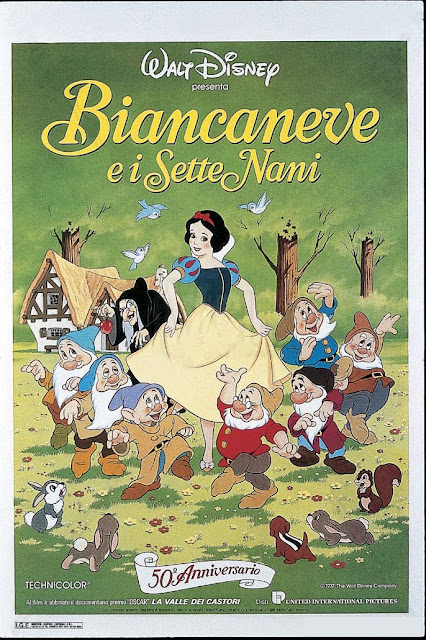 Also see a set of 1987 photobustas in another Archive entry. 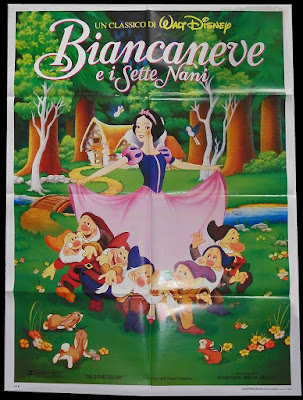 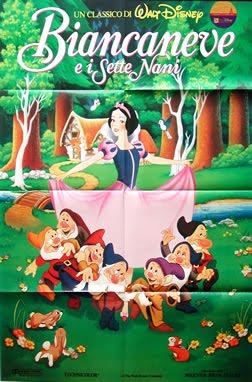 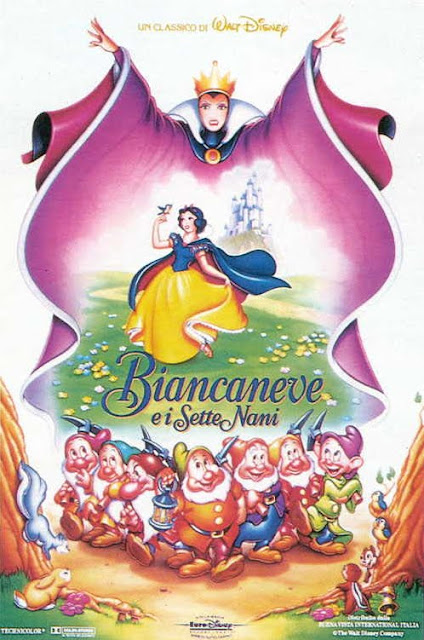 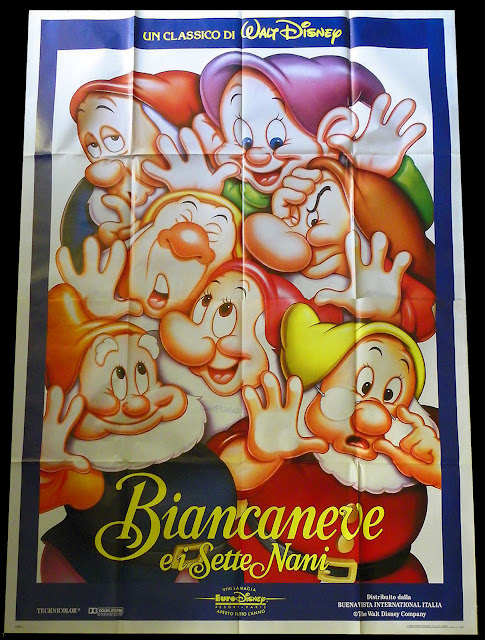 
FOOTNOTES:
*1 - CIC was founded by Universal and Paramount to distribute films outside the US. In Italy, Universal picked the Disney catalog beginning in 1969.
*2 - UIP was formed by CIC and United Artists international after MGM bought UA in America.
*3 - Buena Vista's Italian agency was established in 1993.


Special thanks to Nunziante Valoroso for his valuable assistance with this Archive entry.
Posted by Snow White Archive at 12:01 AM