Released at the Disney theme parks on February 9th, 2013, the Harveys Carriage Ring Seatbelt Tote is part of a series called the Harveys for Disney Couture Good vs. Evil Princess Collection. The bags were produced in four different styles, each with a princess vs. villain theme.

They're made from heavy duty automotive seatbelt fabric. The artwork was hand-sketched, painted with watercolors, and then digitized. Inside are four slip pockets plus one zippered. Bag measurements: 11'' x 11'' and 6'' deep; handles with 13'' drop. Originally spotted early in the parks and online directly from Harveys, they were also later seen on the Disney Store website in November 2013. Retail $178.

The Snow White tote features the princess on one side and the Queen on the other. 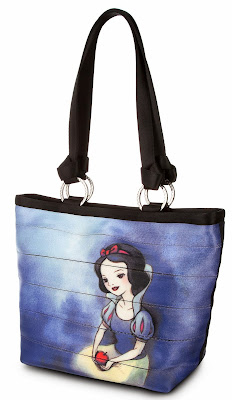 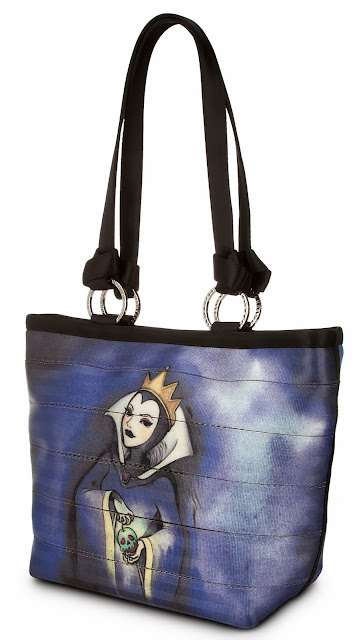 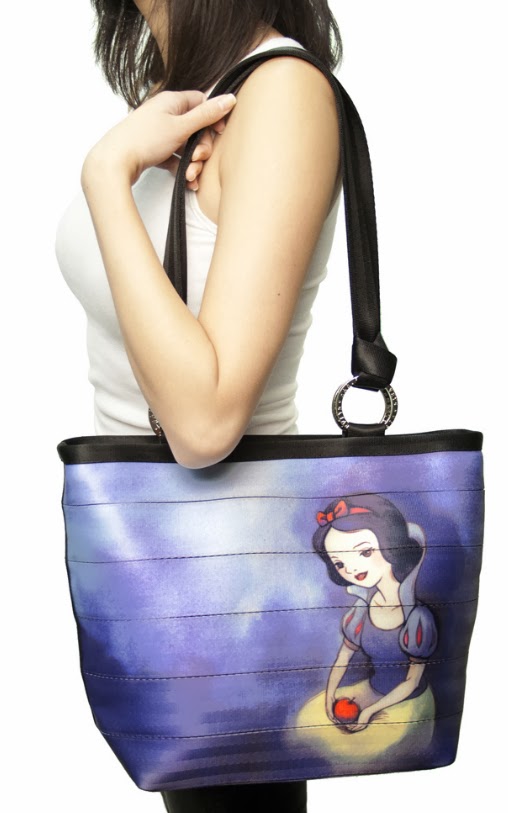 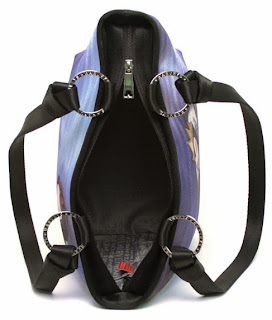 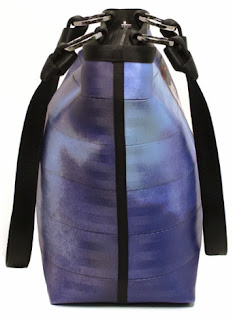 
The other bags in the series included Ariel, Aurora, and Cinderella.

A Harveys Snow White & Evil Queen Wallet was seen on the Disney Store website beginning in April of 2014. It too was created first to be sold at Walt Disney World and Disneyland. Made of the same durable automotive seatbelt material, it measures 4'' x 7''. Retail $98. 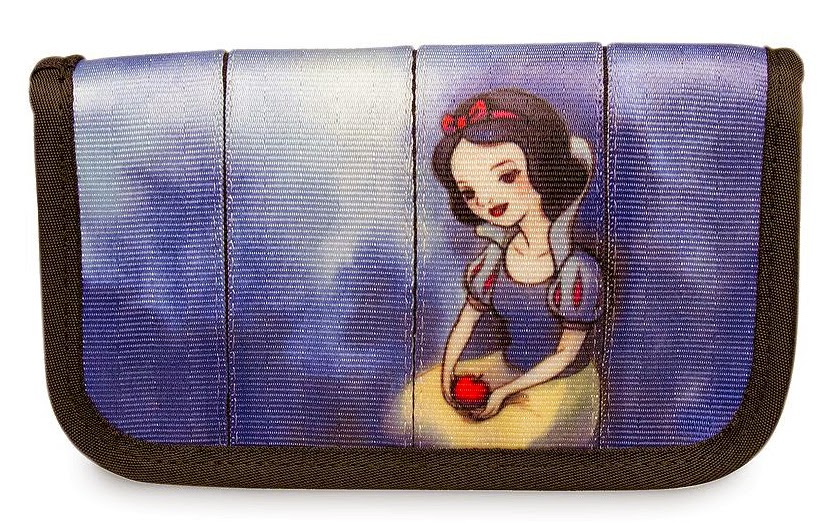 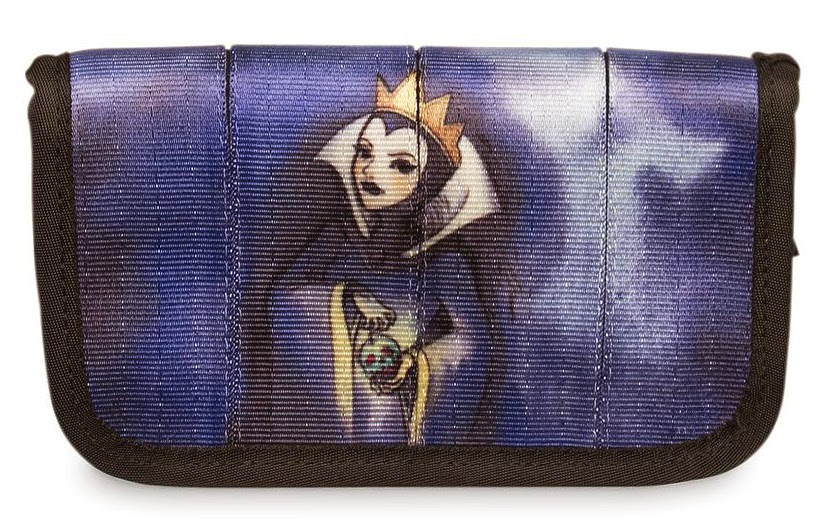 Email ThisBlogThis!Share to TwitterShare to FacebookShare to Pinterest
Labels: ~bags/purses/cases