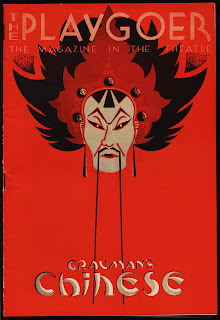 This Playgoer playbill for Grauman's Chinese Theatre in Hollywood was given out during the engagement of A Yank at Oxford. The program isn't dated, but IMDb cites the release date for "Yank" as February 18, 1938.

This was shortly after the initial general release of Snow White and the Seven Dwarfs on February 4th. Yet, it's known that there weren't enough prints of the Disney animated film to go around. Many cities didn't show the picture until weeks, or even months later.

This might explain why the full page Snow White ad in this playbill states that it "positively will not be shown in any other Los Angeles theatre for months." 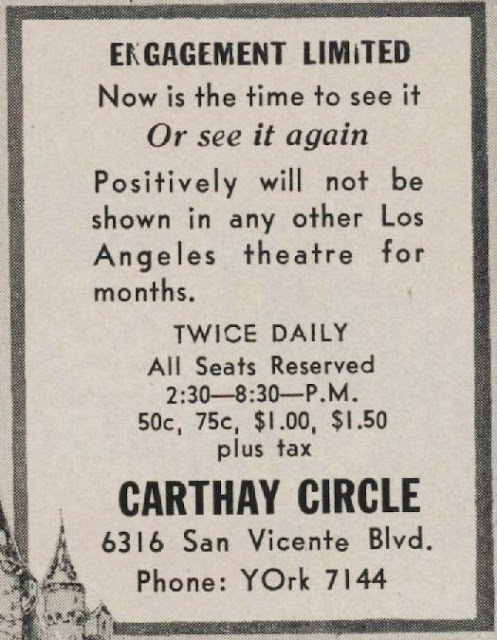 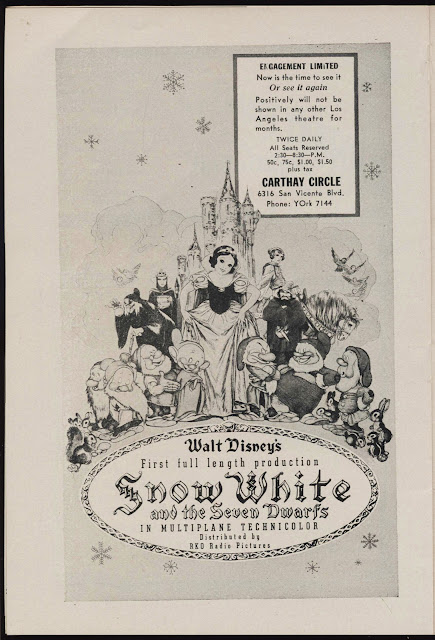 Images and info courtesy of Rick Payne Collection via dadric's attic.
Posted by Snow White Archive at 12:01 AM