The half-sheet movie poster was intended for display in theatre lobbies. The standard size was 22" x 28", approximately "half" the height of the more common one-sheet. RKO issued two half-sheets for the 1938 US general release of Snow White and the Seven Dwarfs, both are copyright dated 1937.

The very hard-to-find style "A" half sheet features Gustaf Tenggren's illustration of Snow White fleeing into the dark forest. These posters typically have fold creases, but this example was rolled instead. 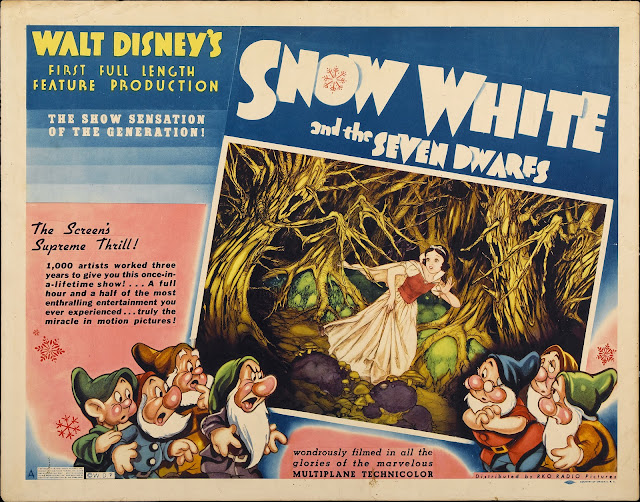 The letter "A" in lower left corner.

Tenggren's illustration of the princess exploring the dwarfs' bedroom. 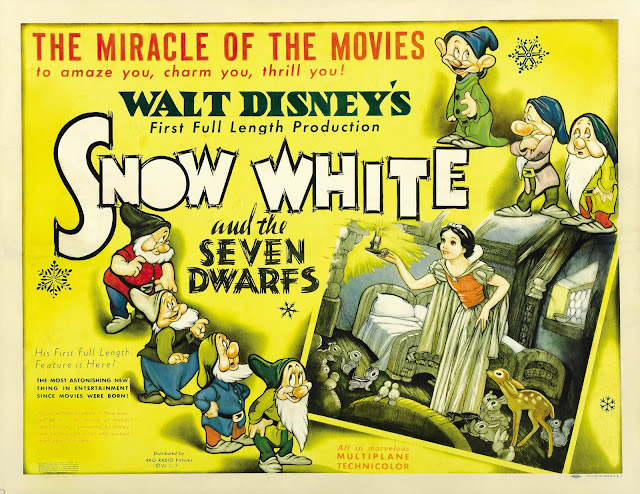 The copyright markings in lower left corner appear on either a yellow or white background, depending on how much yellow was used in the printing process. Note that even though this is considered poster style "B", there is no indication of it on the half sheet.


US 'SNOW WHITE' HALF SHEETS: