The 7 Dwarfs and King Arbor's Crystal (I 7 Nani e il Cristallo di Re Arbor) is one of Scarpa's later pieces. Published in Italy on January 5, 1986, this comic first appeared in the Mickey Mouse Magazine (Topolino) No. 1571. The 33-page story was both written and drawn by the artist.

In 1989, the comic was re-issued in Finland (by Sanoma Osakeyhtiö) as King Puukkelin's Crystal. It appeared in an Uncle Scrooge (Roope-Setä) comic book, No. 124.

The front covers from the original Italian version and the Finnish reprint... 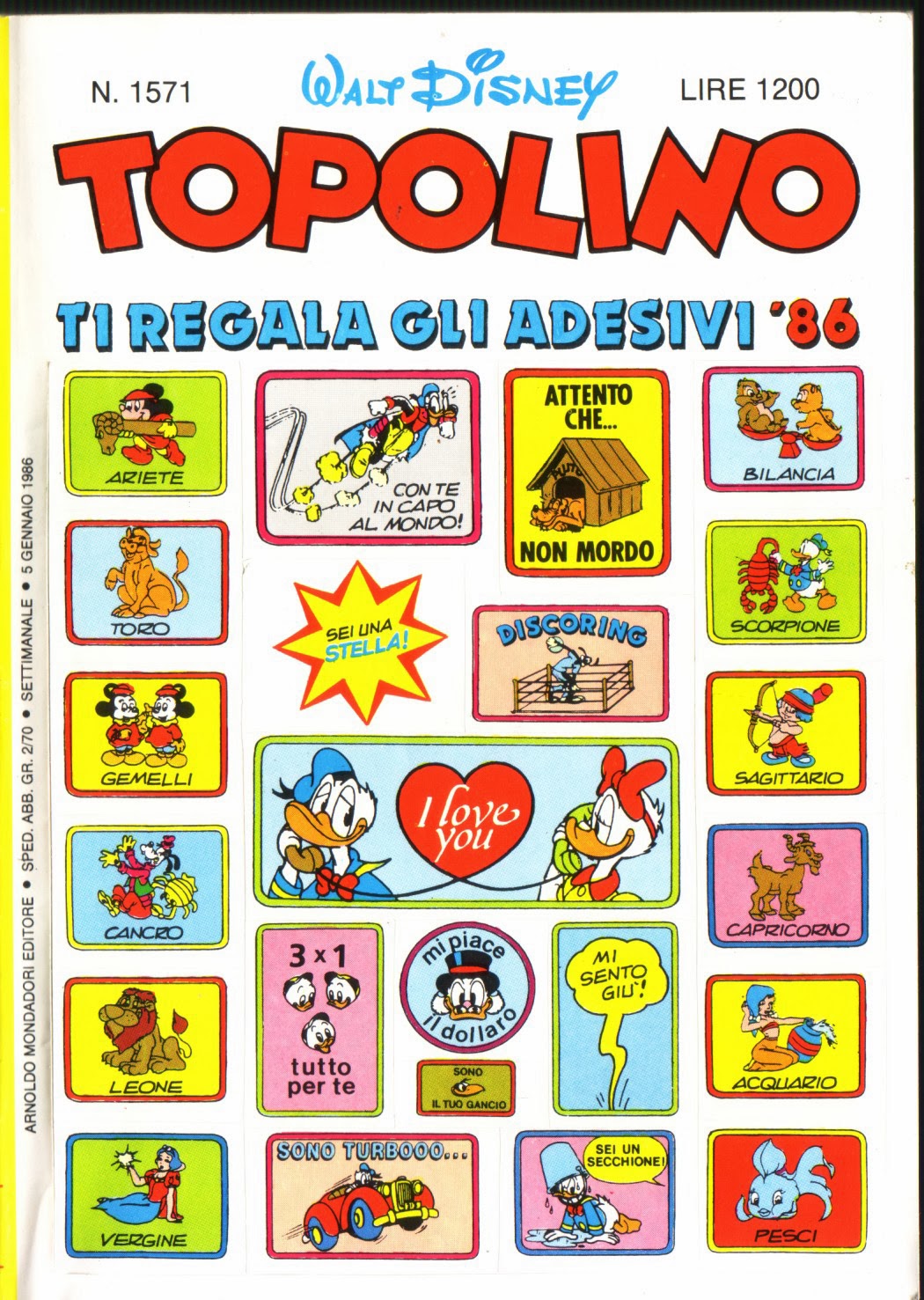 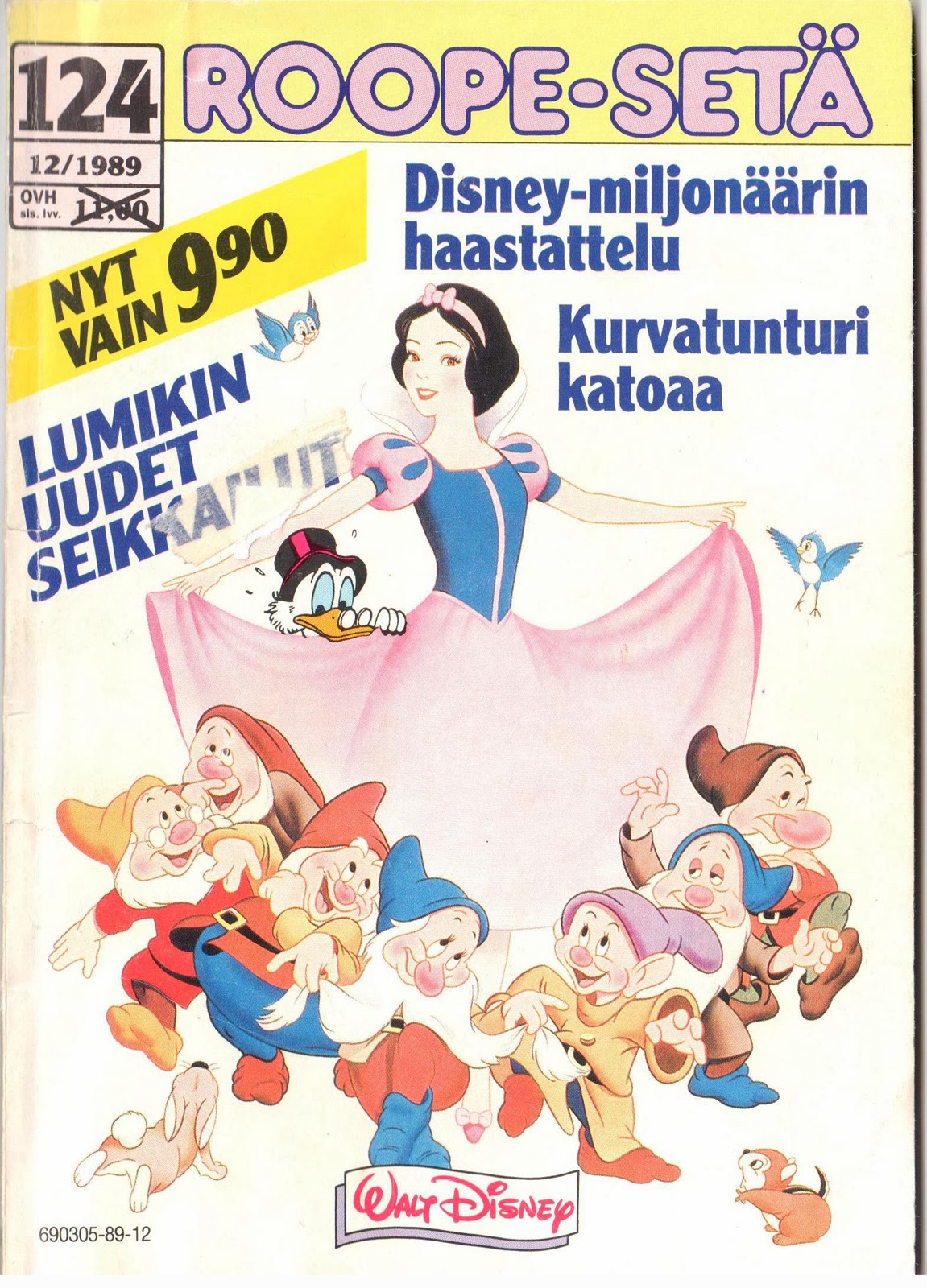 Later reprints also occurred in Brazil (1994), The Netherlands (1996), and in Portugal too. Plus all of Scarpa's comics are currently being re-released in Italy today.


King Arbor's Crystal is a sequel to the Snow White film and picks up with the Old Witch tumbling off the cliff. Let's have a look at a few pages... 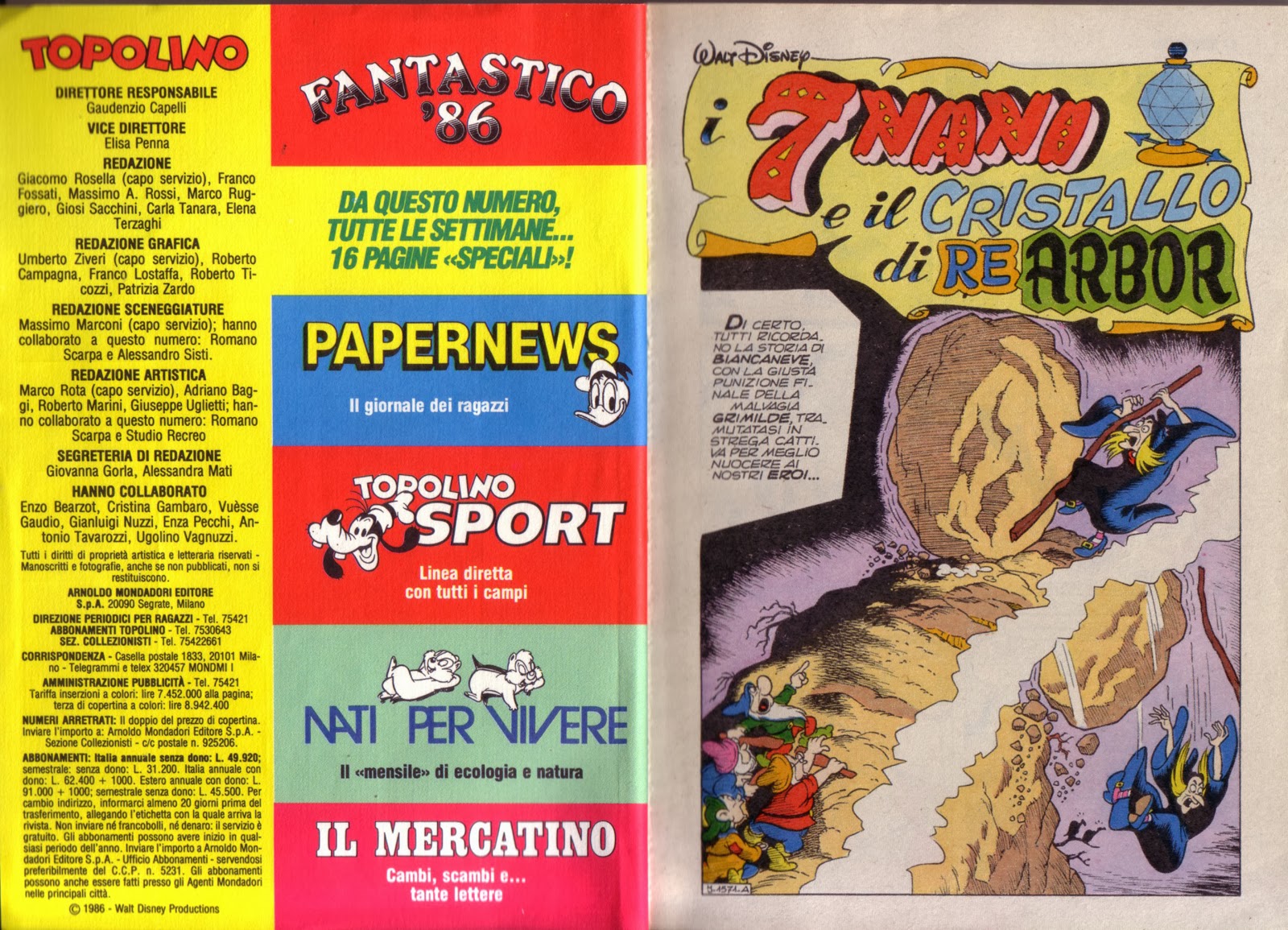 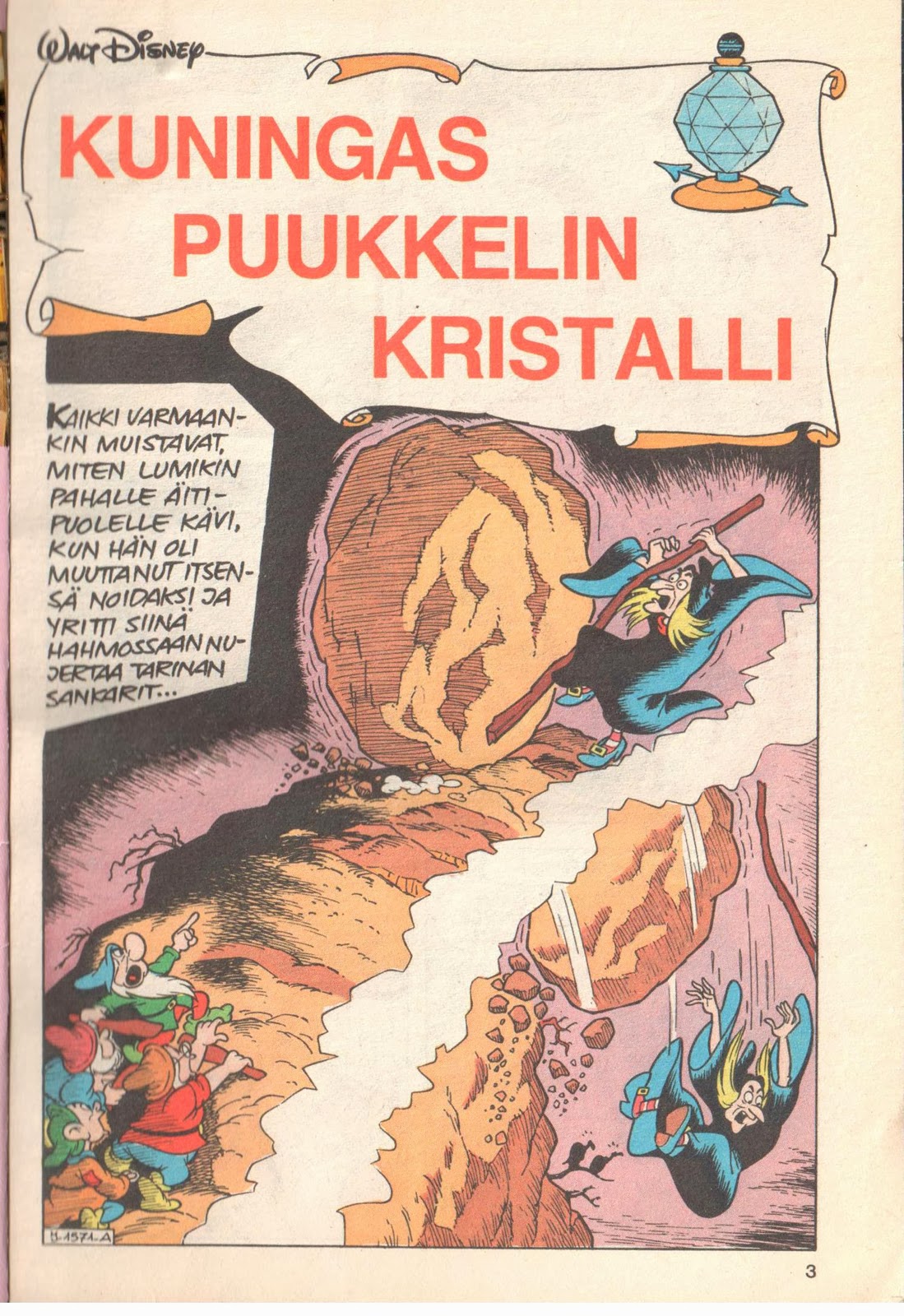 With the help of some branches and bushes, the Witch survives the fall, and we have ourselves a story. She is rescued by her royal guard. 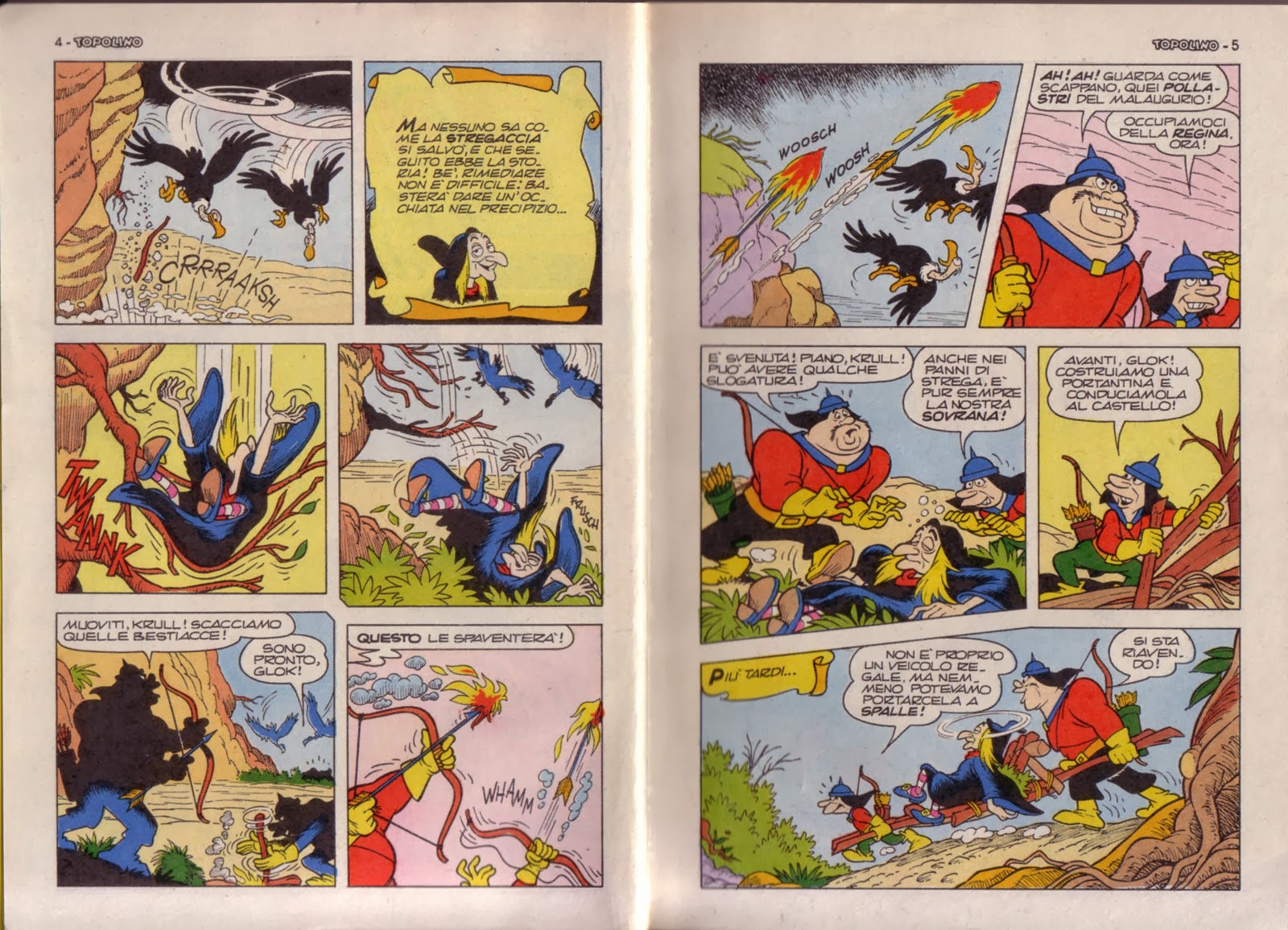 When returning to her castle, she finds that the Huntsman is burning it. Her laboratory and library are gone and so she's unable to turn herself back into the Queen. 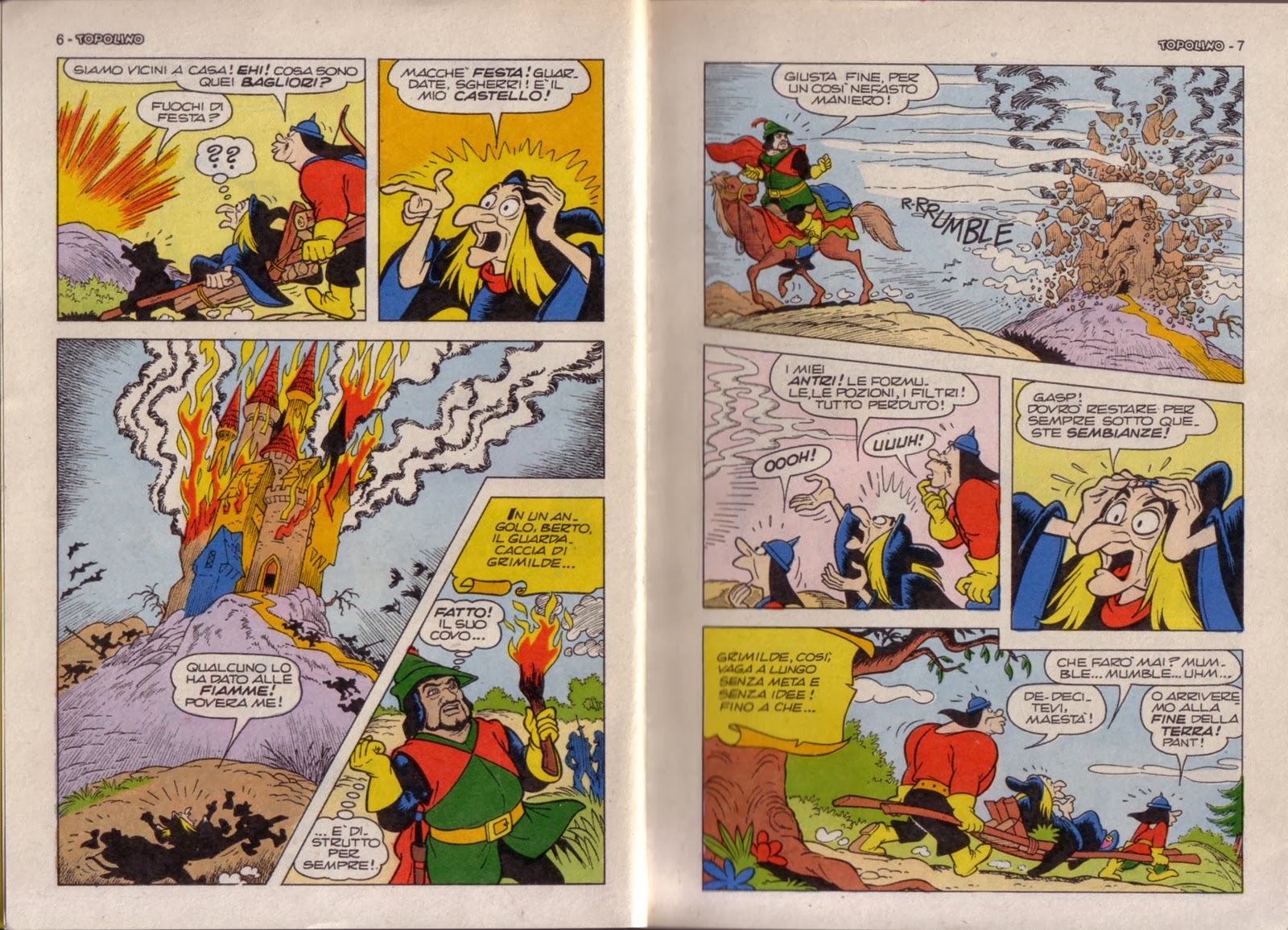 In desperation, she travels to King Arbor (Puukkelin), one of her biggest admirers. 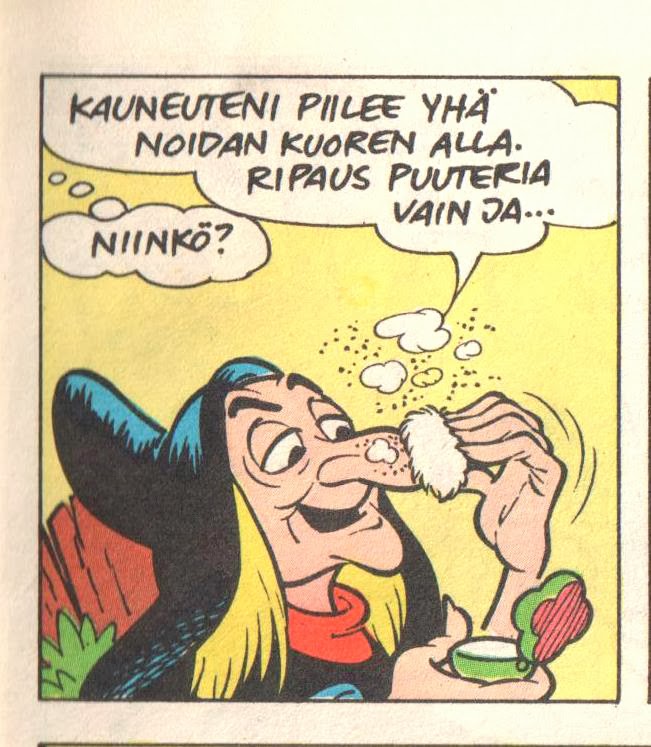 There she learns that Snow White has survived the poison apple. Angry and jealous, the Witch conceives a plan to use a magic crystal device to switch her body with Snow's. 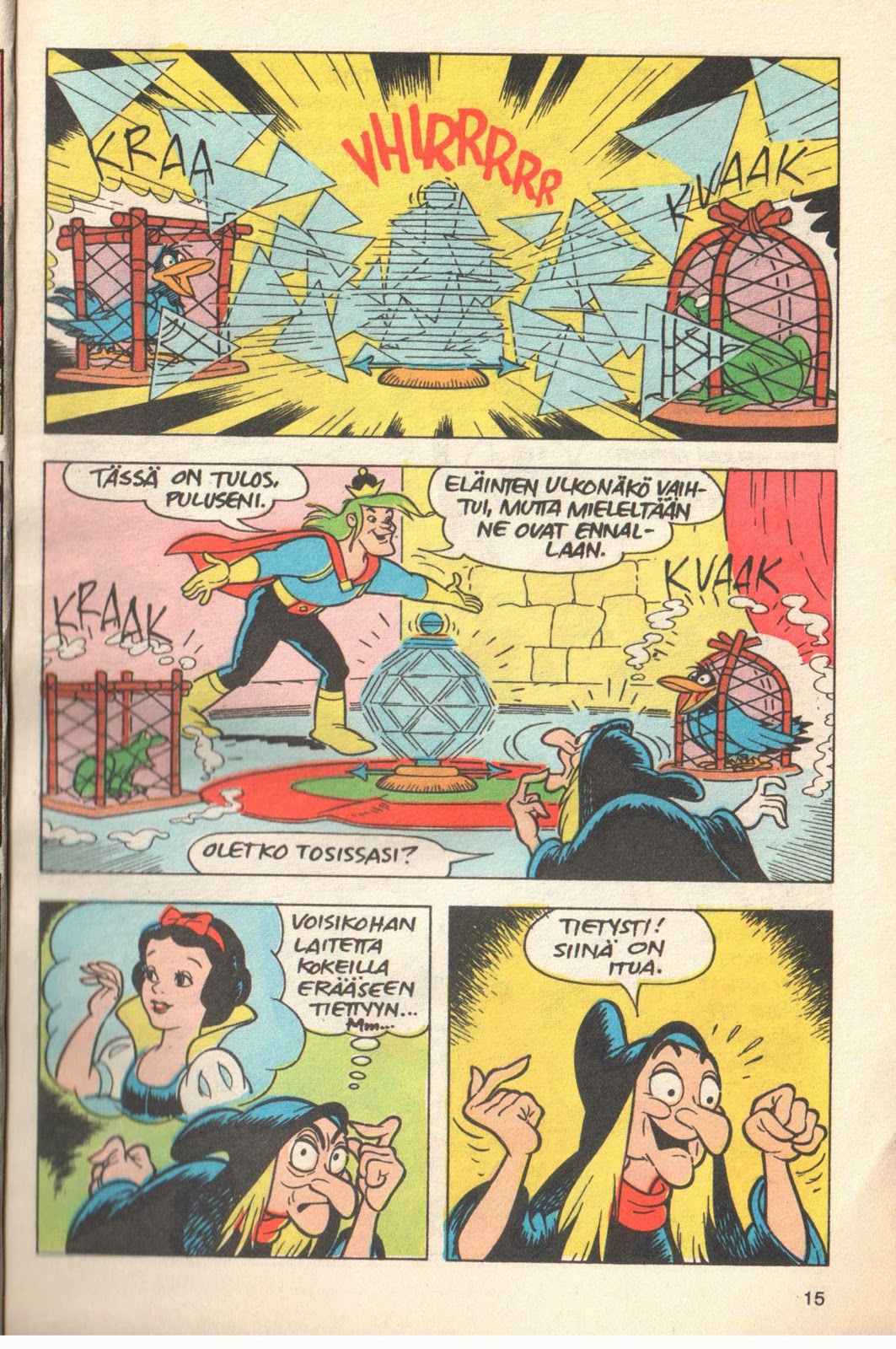 The Witch has her royal guards kidnap Dopey (Cucciolo) and Bashful (Mammolo) so she can test the crystal on them. 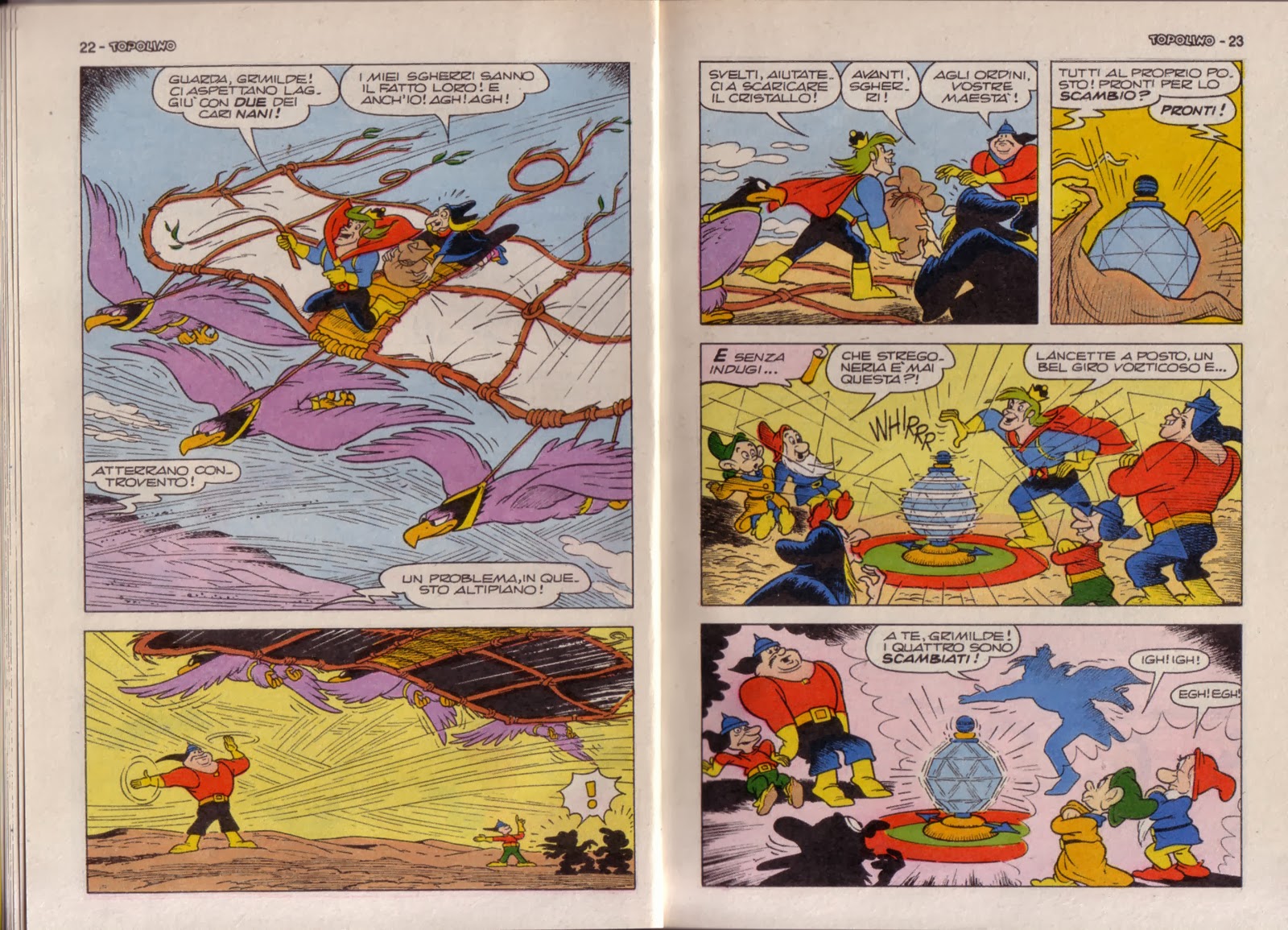 With their bodies switched, the royal guards now as the two dwarfs go to Snow White. They lead her out of the castle and to the Witch.

But before the Witch can switch bodies with Snow, the other dwarfs come to the rescue. The princess gets away, Dopey and Bashful are changed back to their own bodies, the crystal devise is destroyed, and the Old Witch's plan is foiled. 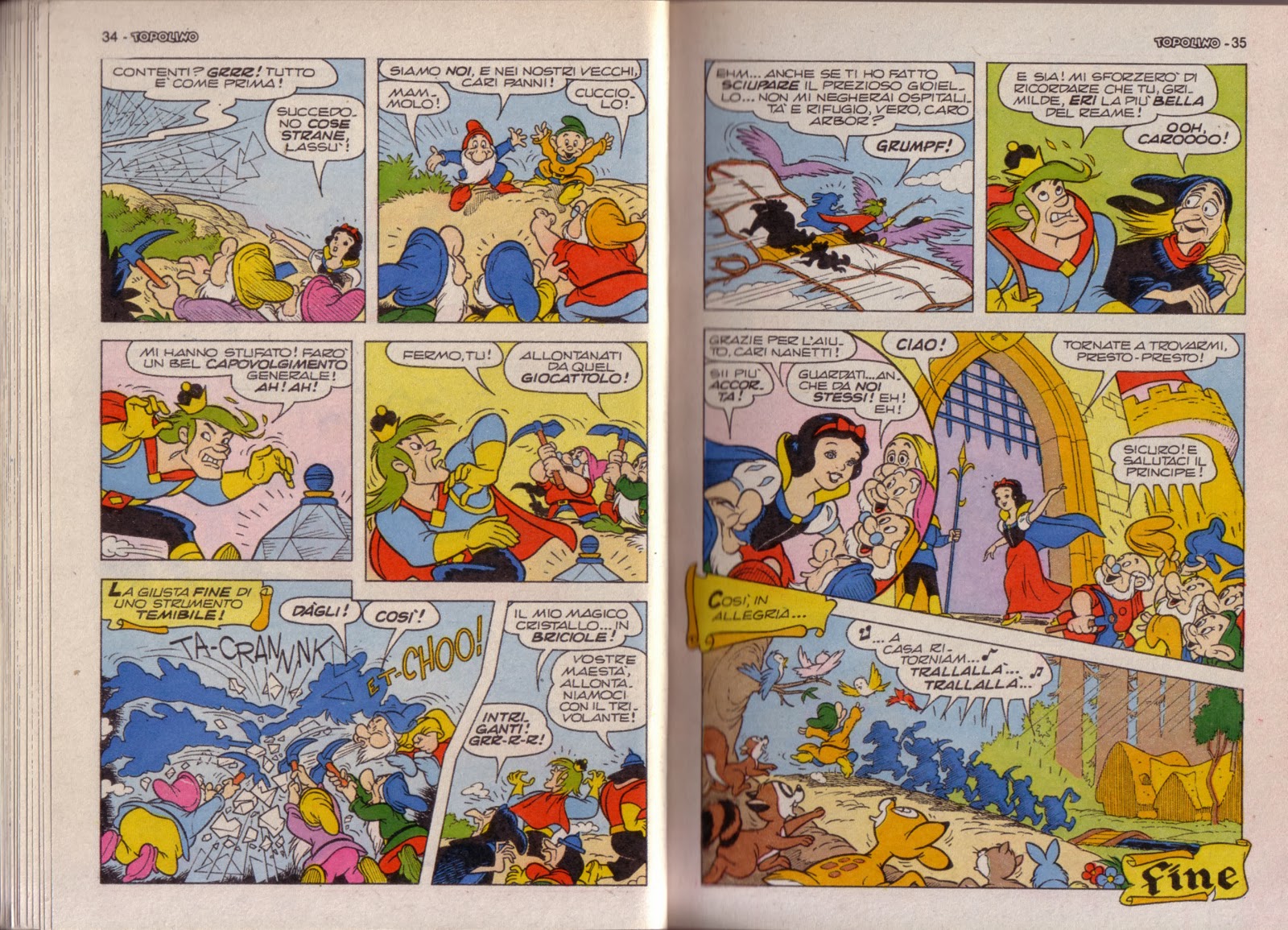 This 1986 story of The 7 Dwarfs and King Arbor's Crystal would not end there but was continued later that same year in Topolino No. 1622. The new tale (possibly released only in Italy) was entitled The Seven Dwarfs and the Wonderful Fountainhead (I Sette Nanni  e la Fonte Meravigliosa). It was one of  Romano Scarpa's last Snow White-themed works. Maybe we'll have a look at it in a later Archive entry.

Image scans for this post are courtesy of the Nunziante Valoroso Collection and the Titania Collection. Also special thanks to both for providing additional information about the Italian and Finnish versions.
Posted by Snow White Archive at 12:01 AM