On January 27, 2011, the "Pin Trading Stamp Collection" was issued at the Anaheim and Orlando theme parks. Snow White was included in the series, which consisted of 36 color mystery pins plus another 36 chasers. Two randomly selected pins were sold per package. 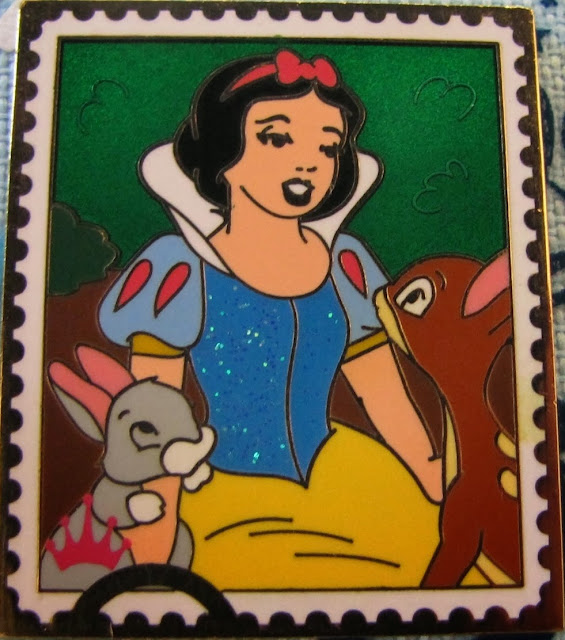 "Limited Release" imprint on back. 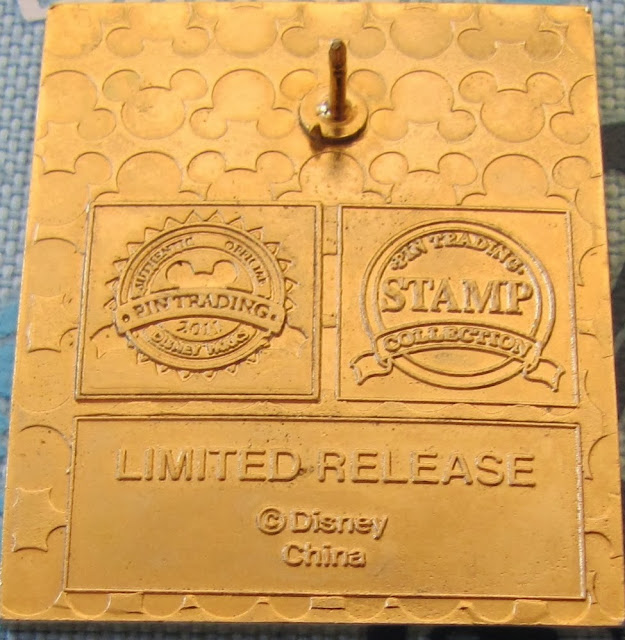 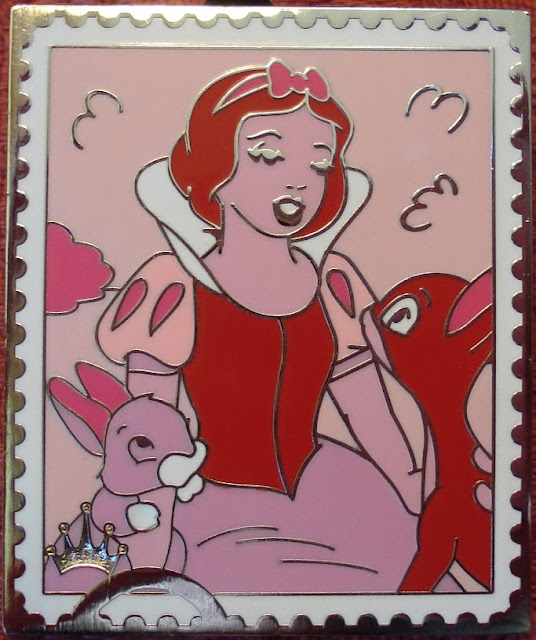 Snow White was also one of nine pins in the "crown" group, which when placed together would form an image of a large crown.
Posted by Snow White Archive at 12:01 AM