It was in September of last year, and the year before, that E.L.F. Cosmetics released a couple of Disney makeup series at Walgreens. Both collections had a villains theme which included the Evil Queen. (See the posts from 2012 and 2013.) This year, however, they changed things up a bit by issuing an Ariel series in June, followed by Snow White in July. 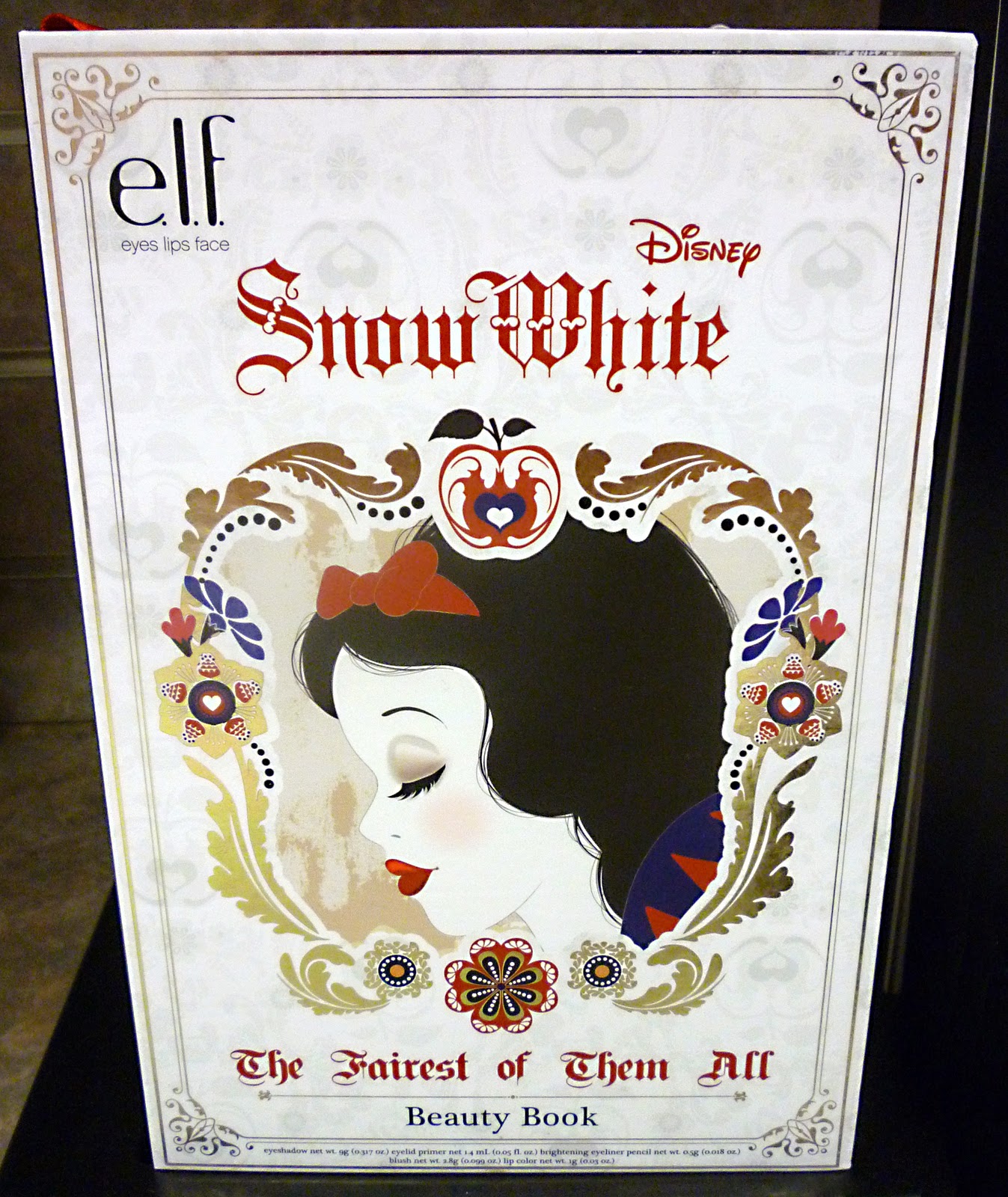 Inside is a mirror and the makeup palette. 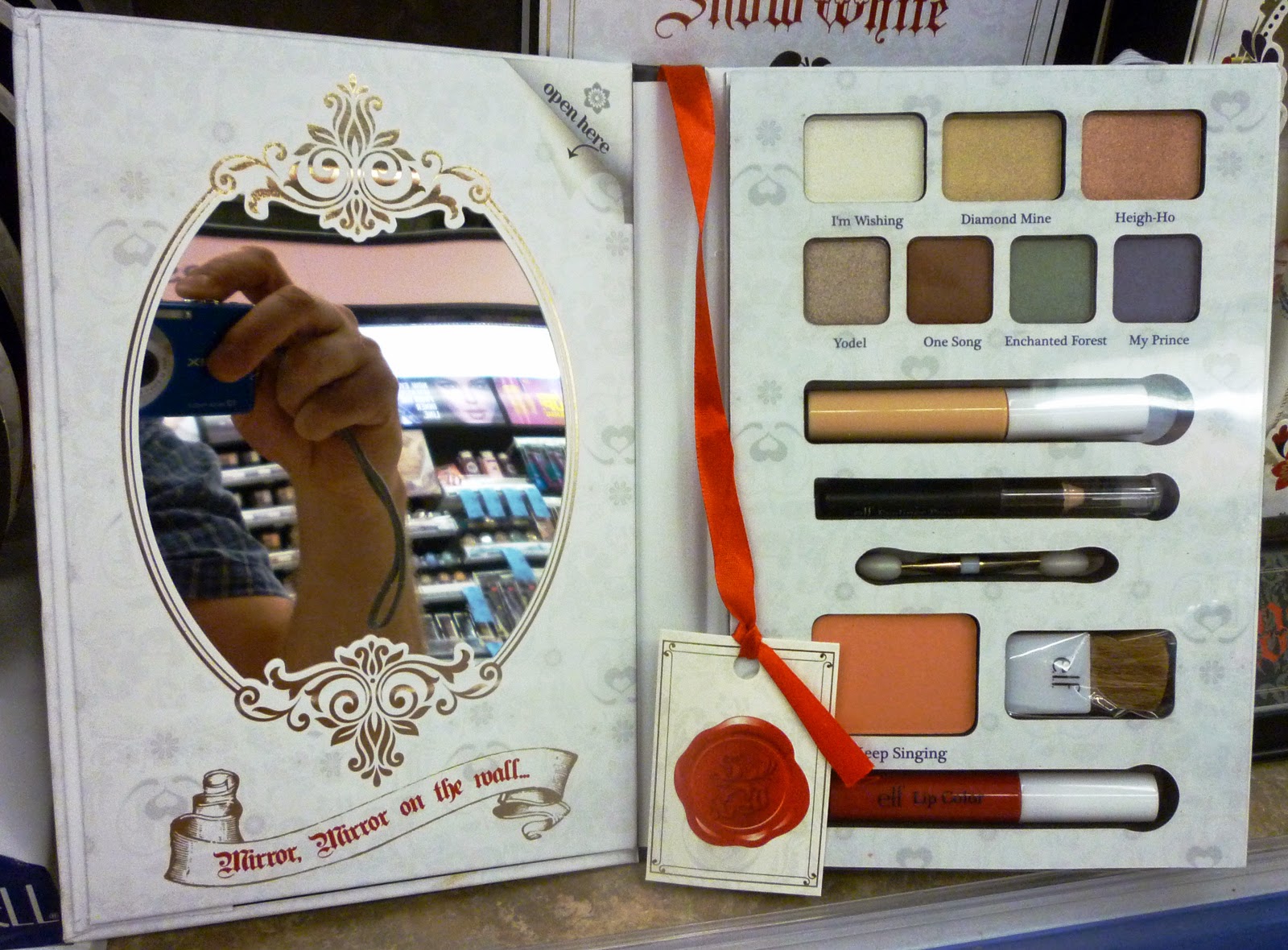 The left flap opens up to the eight-step process of becoming the fairest one of all. 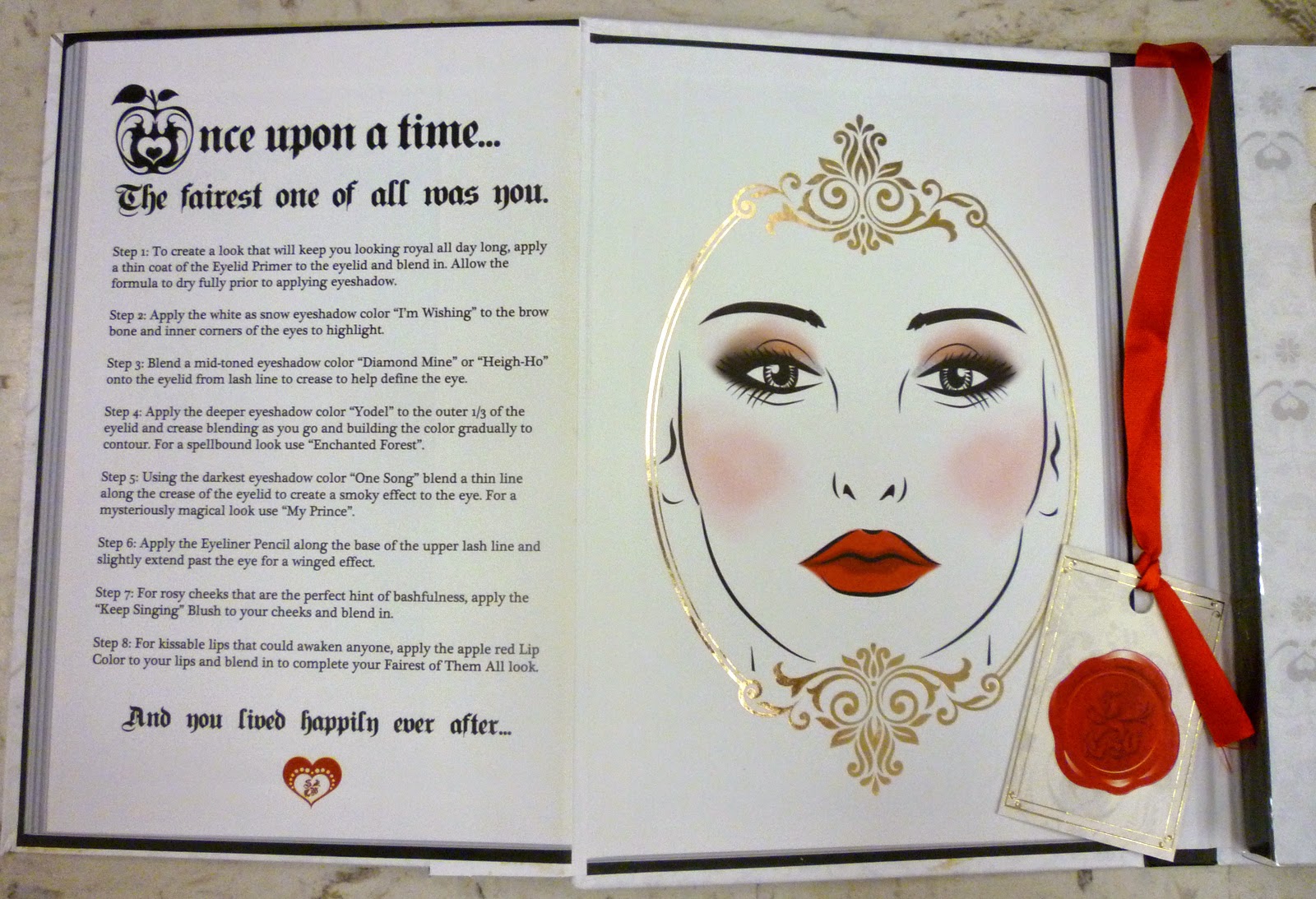 The Beauty Book was on display along with the Brush Collection. Each $9.99. 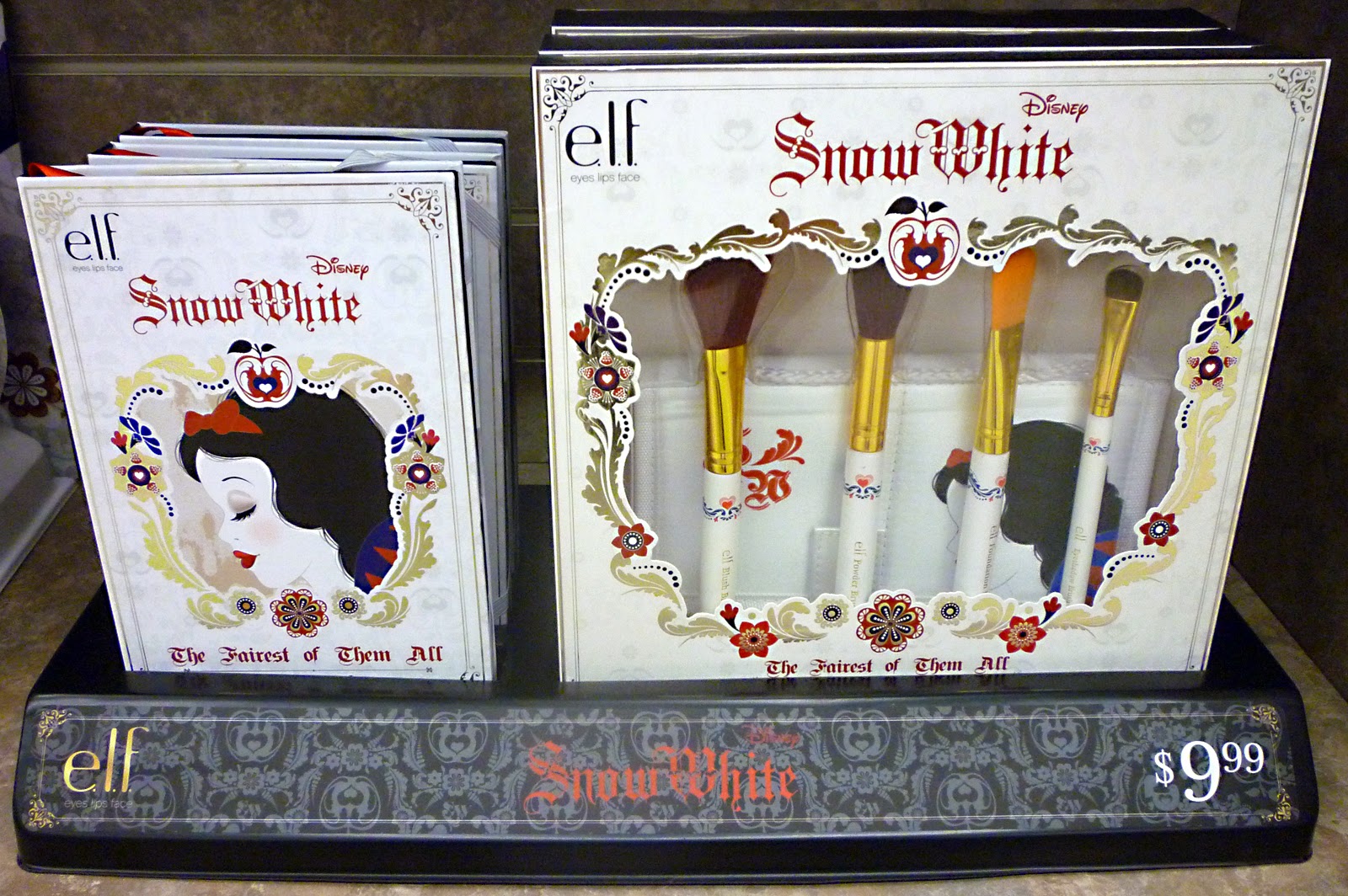 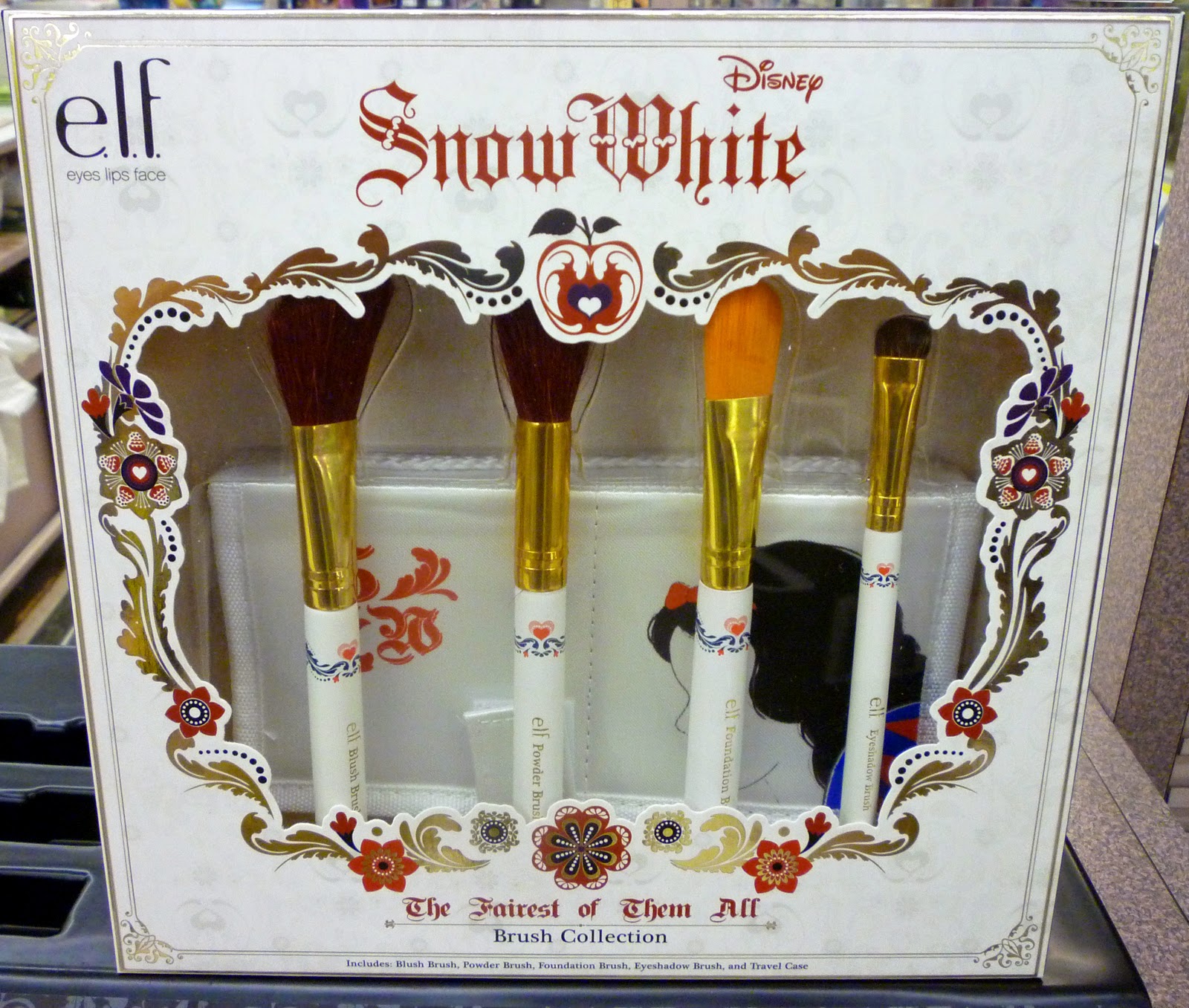 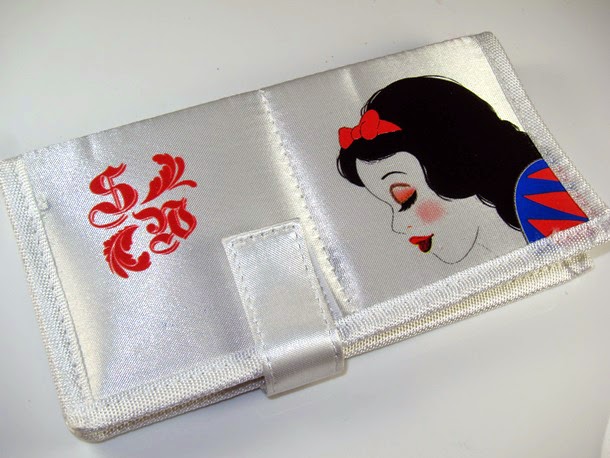 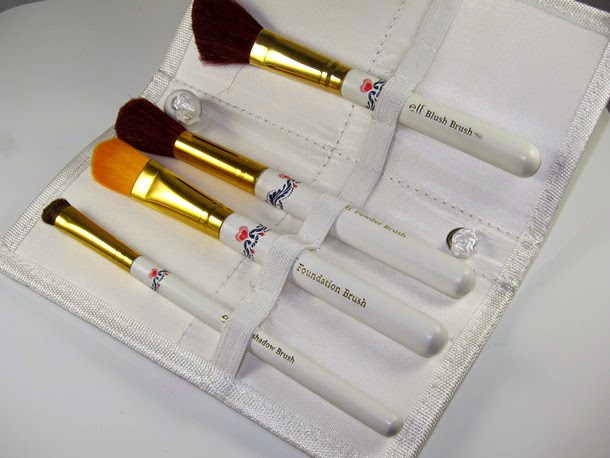 Additional case pics via Musings of a Muse. 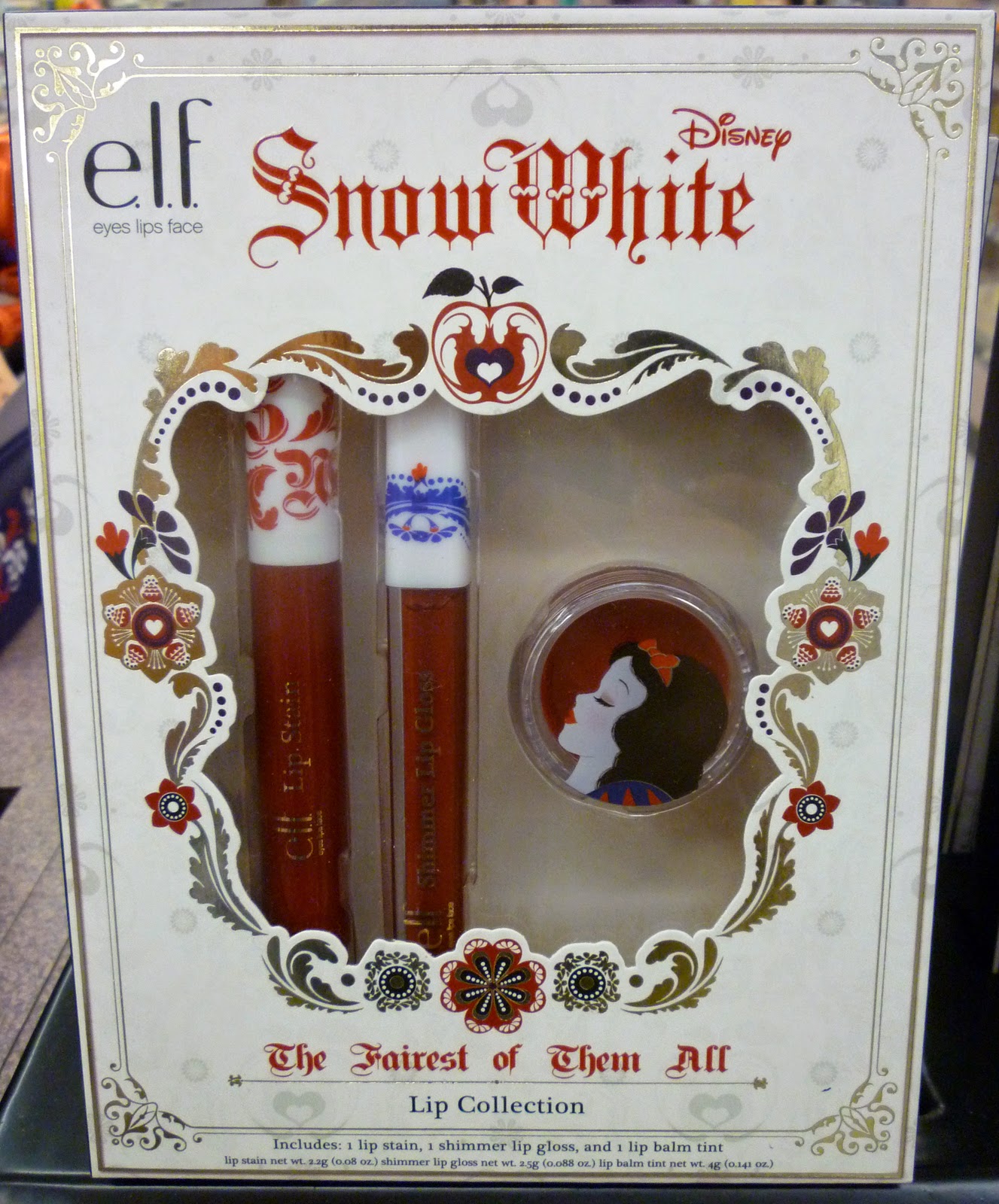 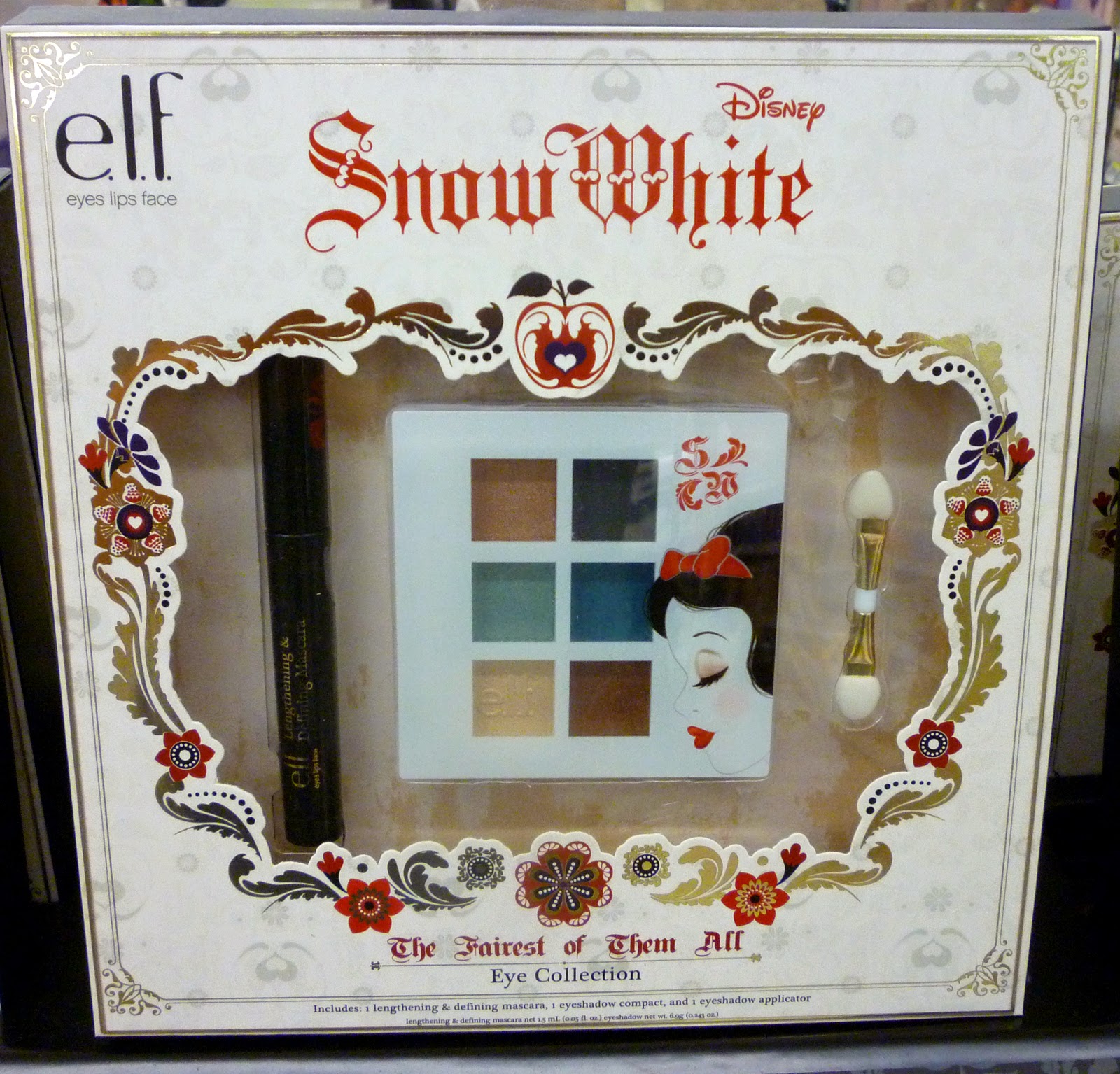 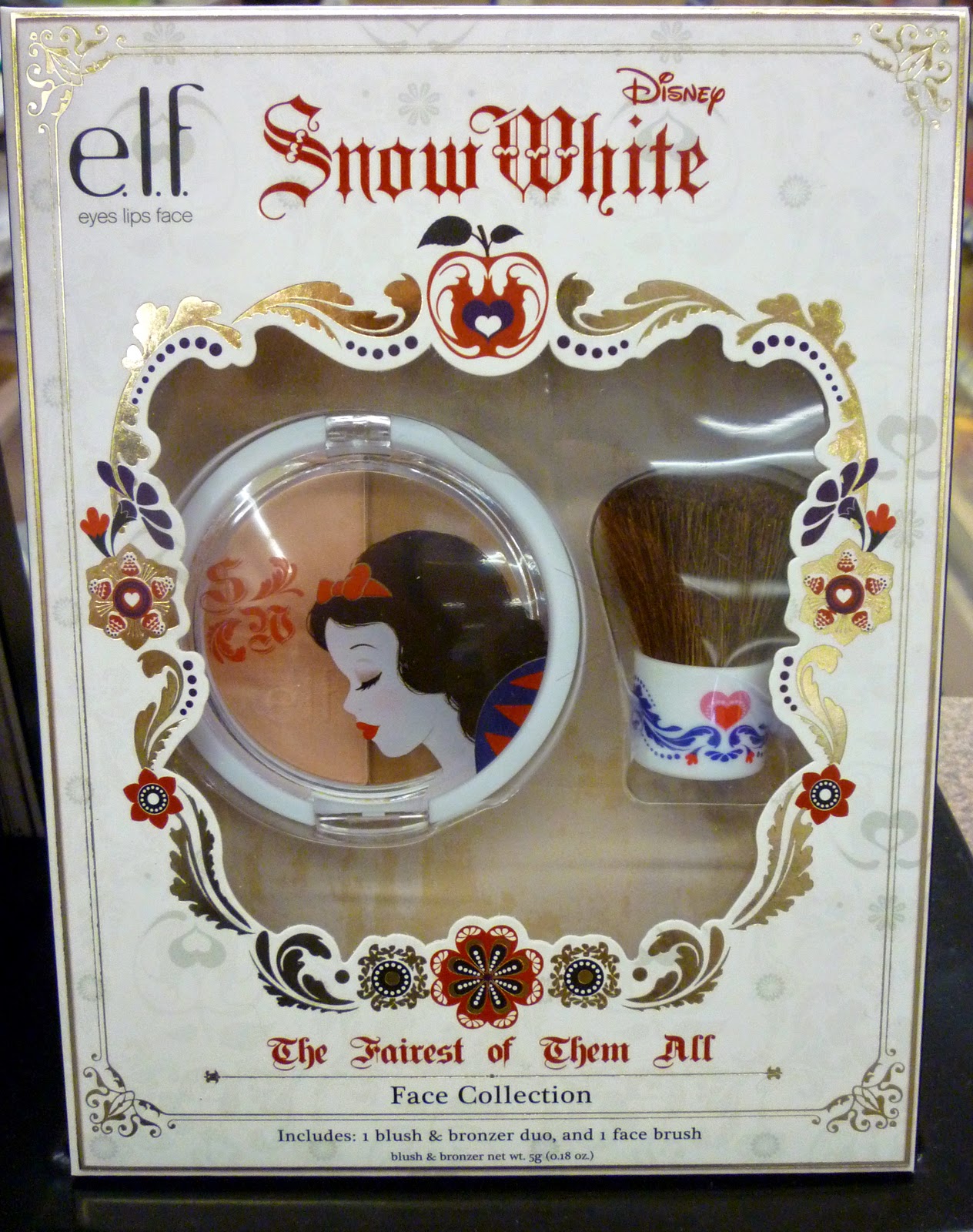 Also available were lashes by Ardell. $7.99. 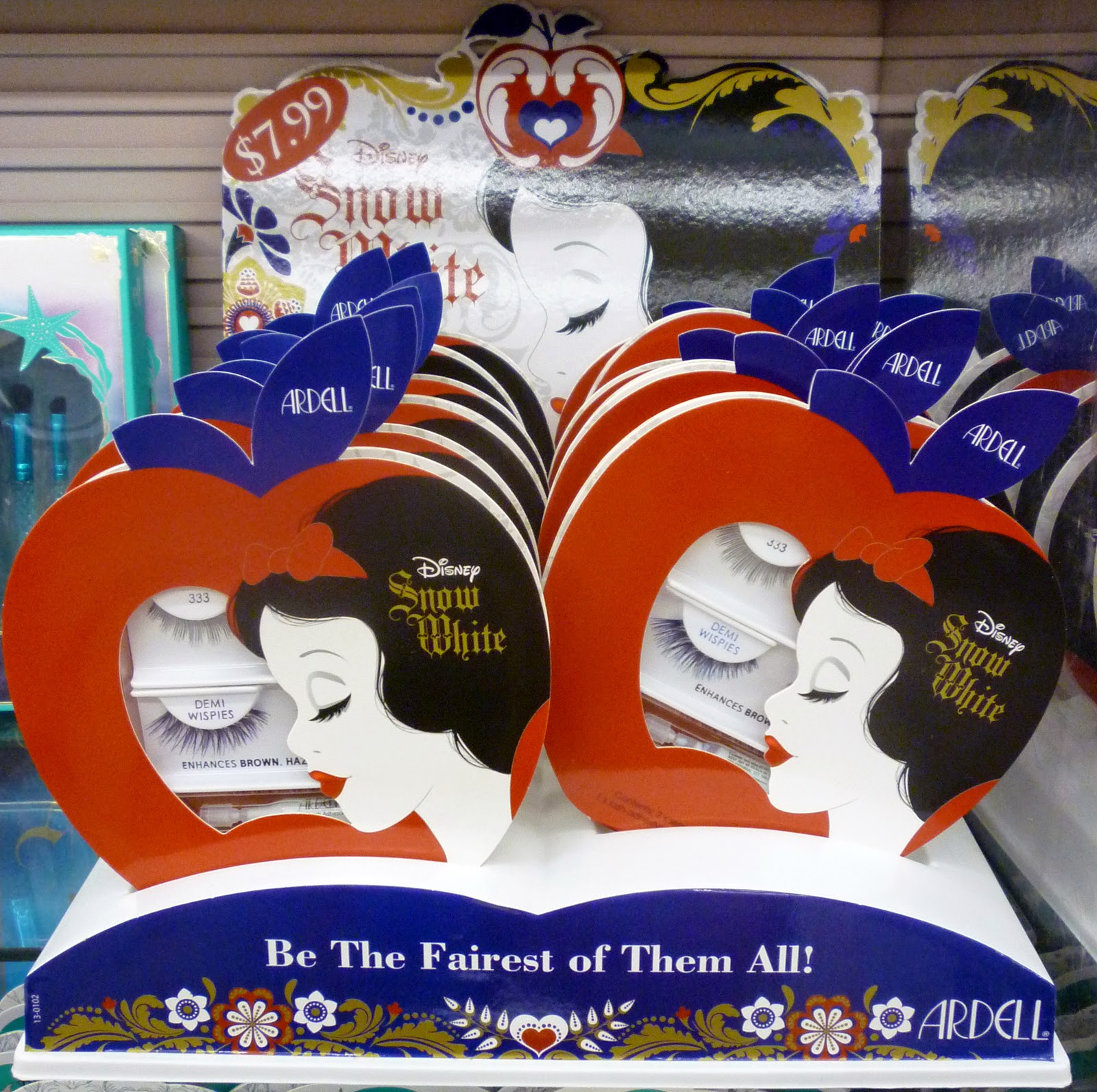 Some of the pieces from the 2014 Ariel collection. 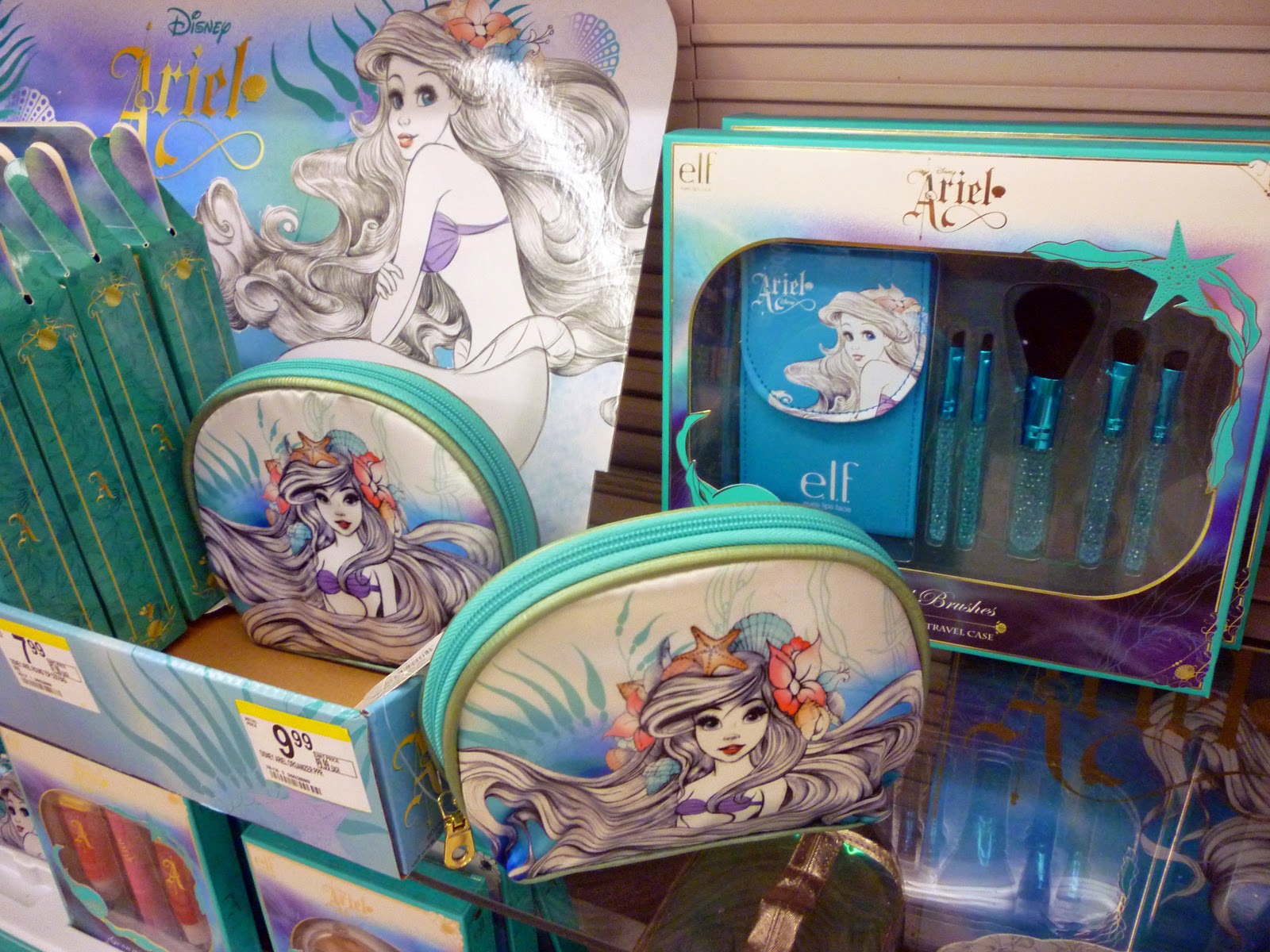 Special thanks to Elana Sperber for the notice about this Snow White collection. Also see the 2014 SOHO cosmetic bags in previous post.
Posted by Snow White Archive at 12:00 PM