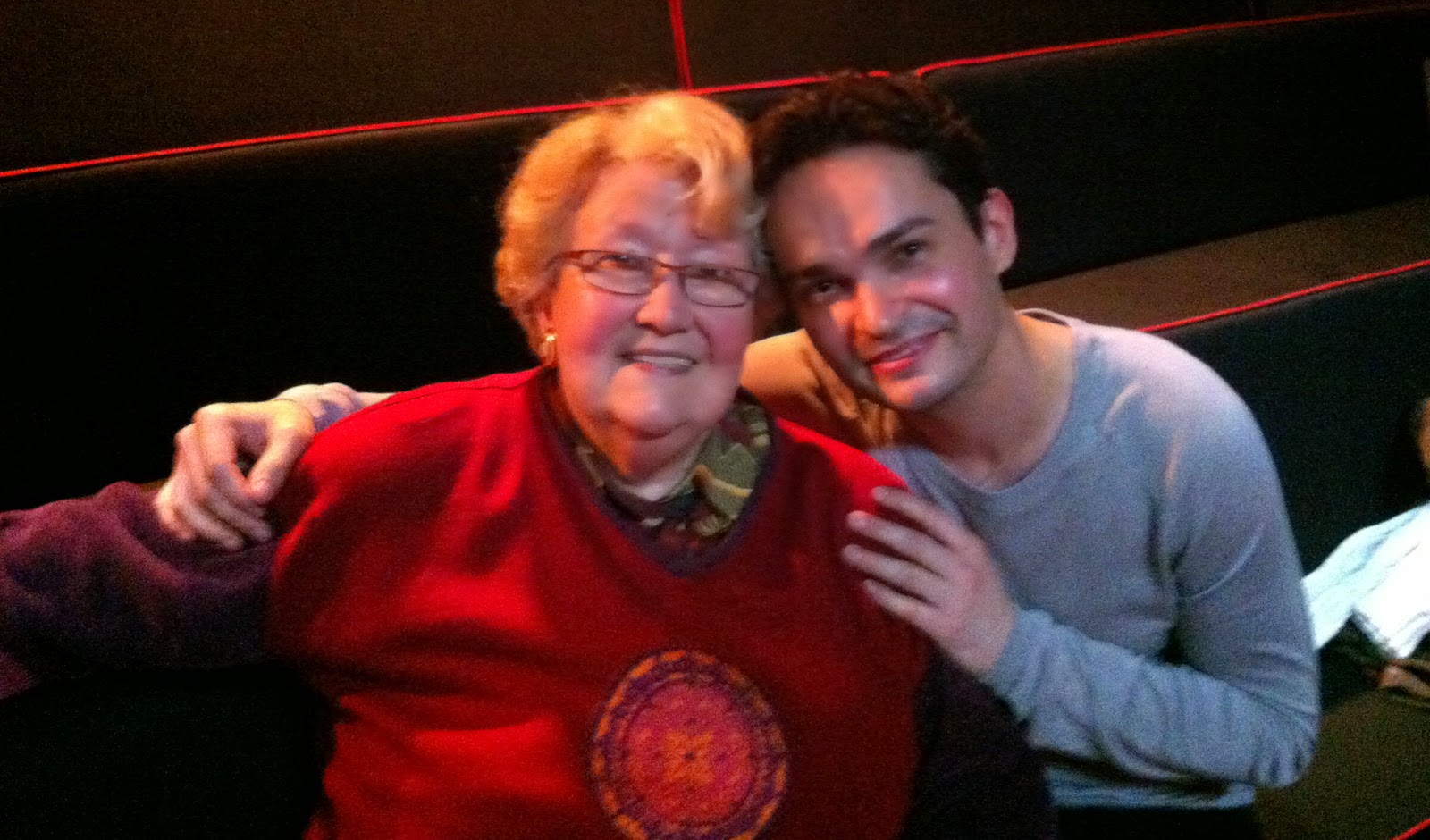 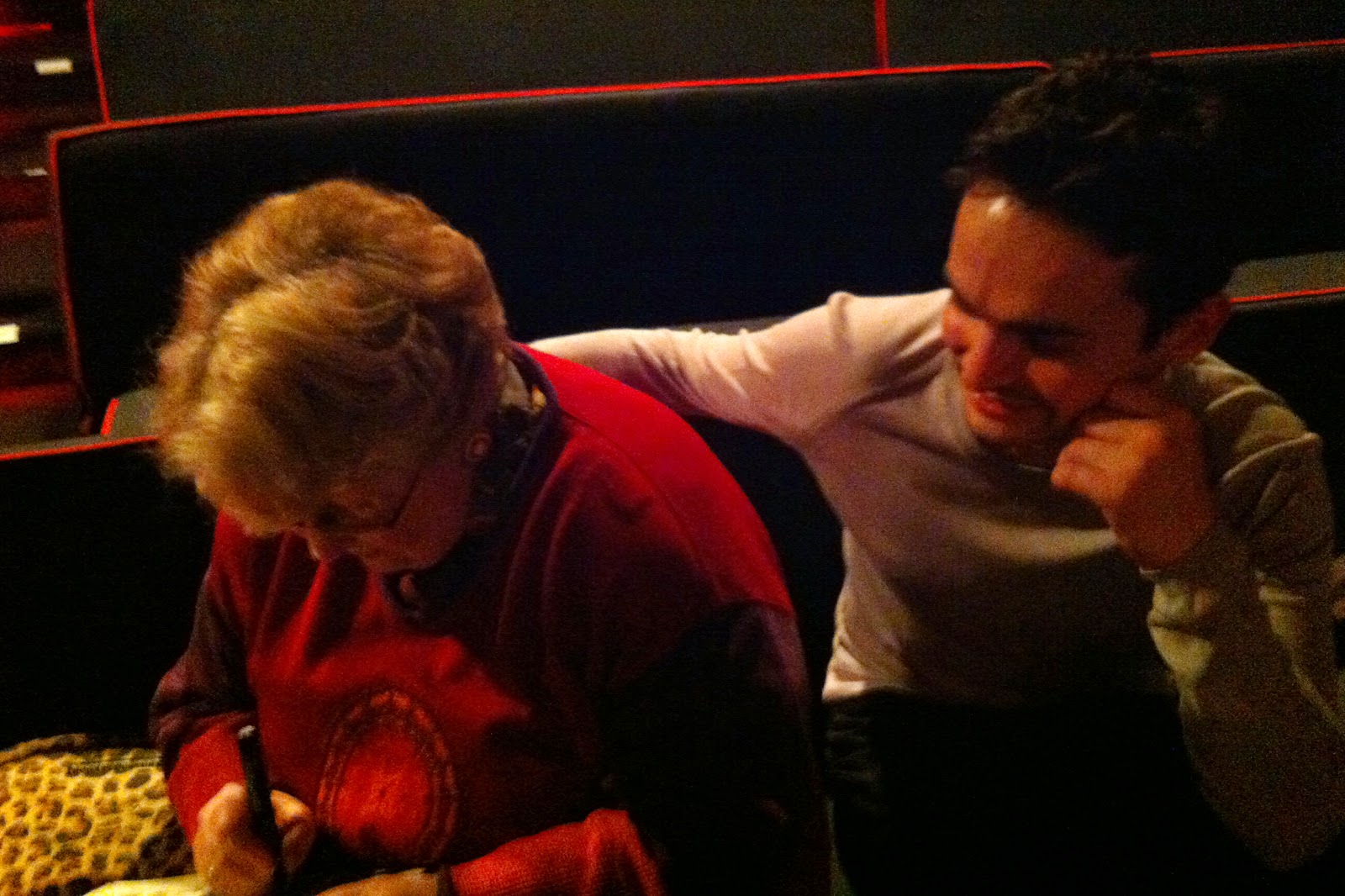 Lucie was kind enough to autograph this 8x10 which shows an image of her today and also from the 1962 recording studio in Paris where she voiced the role. 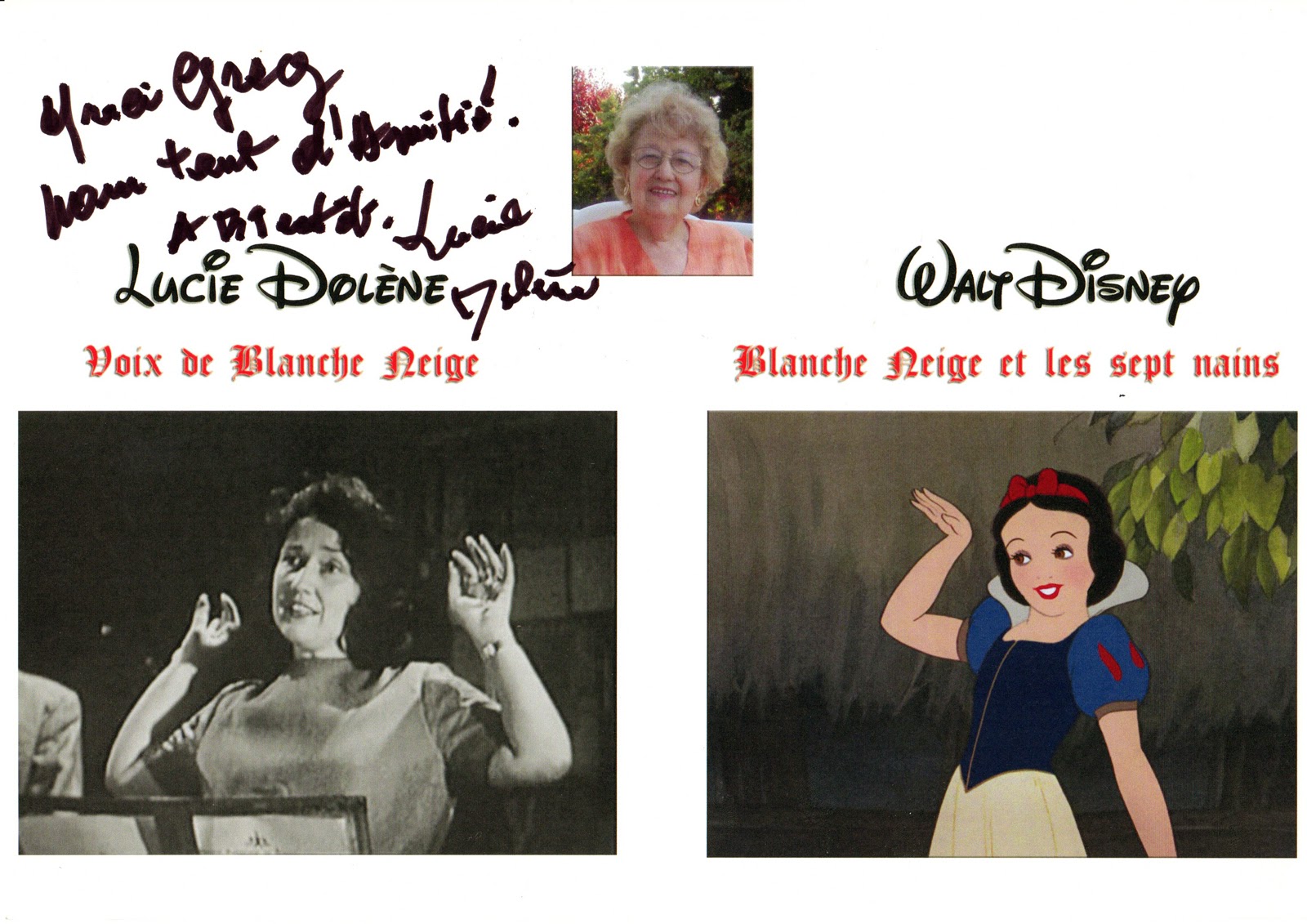 In another photo, Lucie is seen onstage with the Snow White characters, probably at the Euro Disney Resort. The image comes from a TV and video magazine which dates from 1994, the year that the movie was first issued to home video on VHS and LaserDisc. 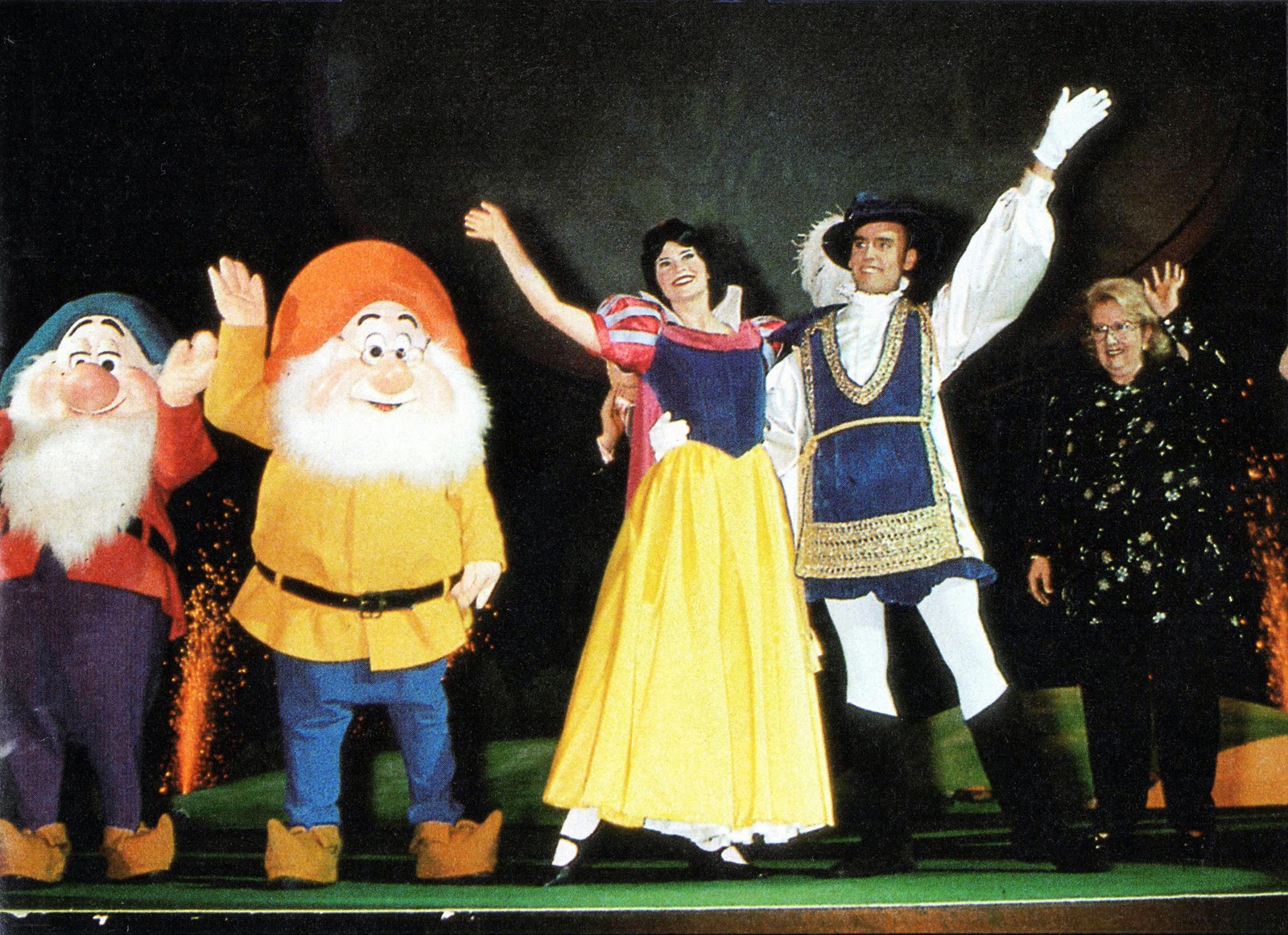 Images and info courtesy of the Greg Philip Collection via A Lost Film.
Posted by Snow White Archive at 12:01 AM