A fire broke out yesterday evening on the "mountainside" of the Seven Dwarfs Mine Train at Walt Disney World. It appears that it was started by embers from the nightly fireworks display. 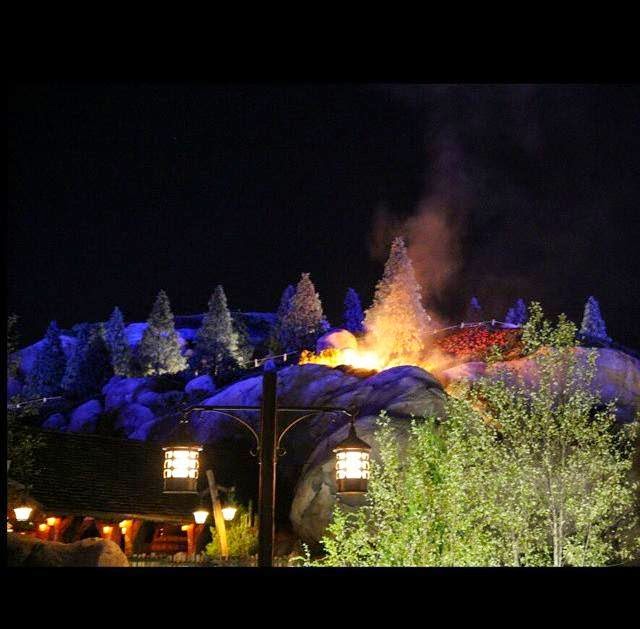 
Video from Behind the Thrills...


The ride was shut down and guests were removed from inside, but it wasn't long before the fire was extinguished. No one was hurt. The coaster has since reopened and is fully operational again.
Posted by Snow White Archive at 2:30 PM