Part I - The Rekindling of the Snow White Archetype

The story of Snow White and the Seven Dwarfs speaks on a very real and archetypal level--particularly in the way Walt Disney presented it in the 1937 animation classic. 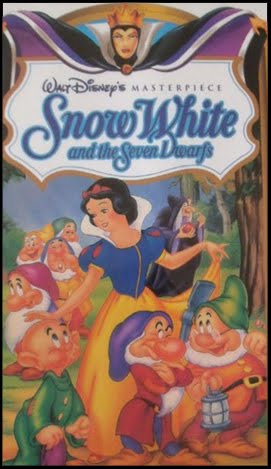 I have no memory of seeing the film as a child, and when it was finally introduced to me on VHS video as an adult, it had no effect. The year was 1994, and my future wife was facilitating the Snow White introductions. But I felt nothing from the movie except that the songs struck me as old, from an era long passed. In fact, sleep overtook me during large portions of the film, and I was simply glad to go to bed when it was finally finished.

Fast forward to the year 2000. Ti, my wife of five years has been trying to convince me to take a vacation with her to Walt Disney World in Orlando. She'd visited the park three times prior, but I had never been. A trip to Disney was not for me. I did, however, perk up at the thought of leaving behind the cold and snow of the Colorado Front Range for a bit of Florida sun, but my idea of a good time would have been to explore the Everglades and wander the Keys.

In the end, finances dictated. We couldn't afford a trip to both WDW and southern Florida. I agreed to Orlando for no other reason than to get it over and done with. Then when we took our next vacation, we could finally focus on a more interesting destination than Disney.

Boy was I in for a surprise.

[MORE IN PART II]
Posted by Snow White Archive at 2:01 AM