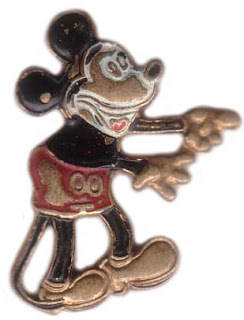 The idea of collectible Disney pins really did not come into its own until 1999 when Disney Pin Trading was introduced at the Disneyland Resort during the Millennium Celebration and then the following year at Walt Disney World.

Yet, pins in one form or another have been around almost since the beginning when the Disney Company started selling merchandise to fund their animated film projects.

Left: Vintage Mickey Mouse Pin. Made by Cohn and Rosenberger from 1933-1936. Measures approximately 1" tall, pinback clasp. Stamped "© WD" on back. 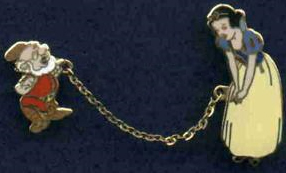 This is one of the first pins to feature characters from a Disney full-length movie. It was popular at the time for little girls to wear their sweaters around their shoulders without putting their arms through the sleeves. This sweater pin was used as a fashion accessory to help hold the sweater on. Brier Manufacturing Company circa 1938. "©WD" stamped on back. 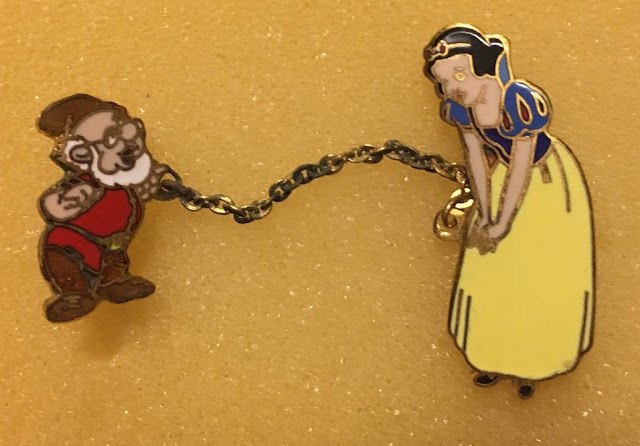 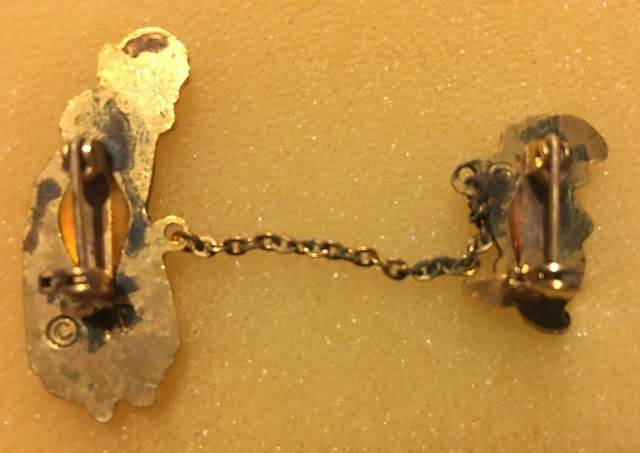 This Snow White broach clasp pin is made from plastic and was sold at theatres during the first general release of the film. The Dwarfs are gathered around playing musical instruments. Pin came attached to a white card with non-Disney drawings of Snow White and Dwarfs in the woods. Top of card reads "SNOW WHITE PRODUCTS." 1937-38. 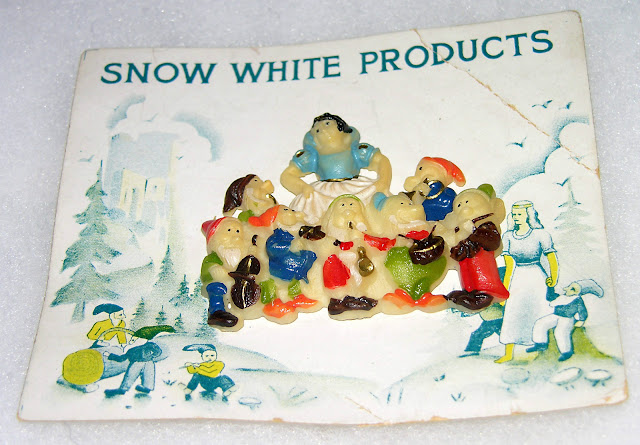 Posted by Snow White Archive at 12:07 AM