As part of the promotional campaign for the 1975 North American re-release of Snow White and the Seven Dwarfs, the Procter and Gamble corporation was offering a free character mug giveaway with the purchase of one of their cleaning products. The mugs, which included Snow White, Grumpy, Doc and Dopey were exhibited in a freestanding cardboard aisle display. This display was featured on the centerfold (pages 16-17) of the Snow White pressbook that was sent out to theater owners. 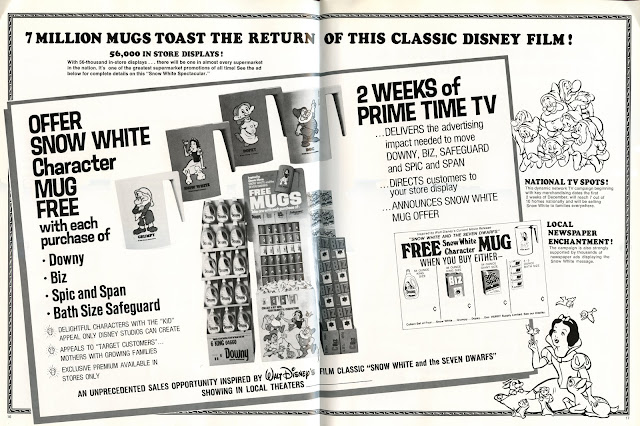 The display to the right consisted of a square base which held the mugs and a topper which promoted the giveaway campaign. Combined, it was close to 5 feet in height.

Another taller version (as seen in the pressbook above) had a back panel with shelves to hold the mugs. 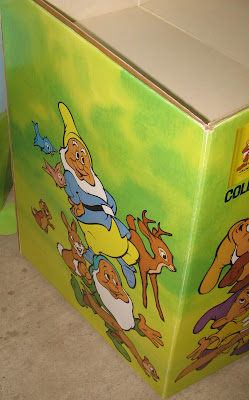 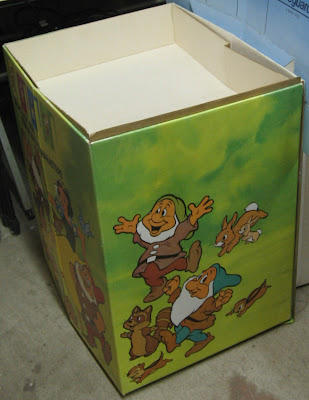 
It's interesting to note that there were a couple different graphic designs for this display. One topper had a 3-dimensional paperboard mug. On another, the mug was simply a flat image. Also the adjective "classic" was changed to "current"... 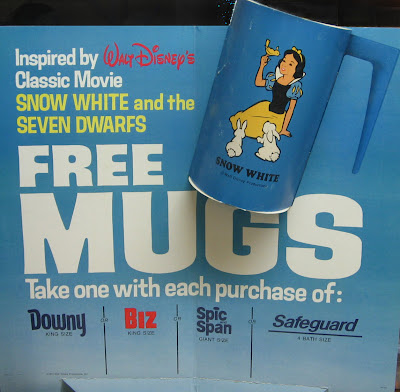 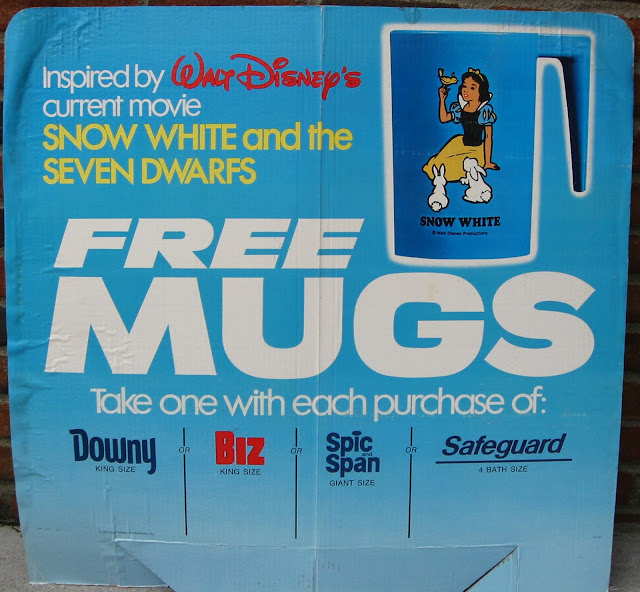 
On the first display (with the 3D topper), the face of the base emphasized the four free mugs. On the second, it focused on the promotion of the film at movie theaters... 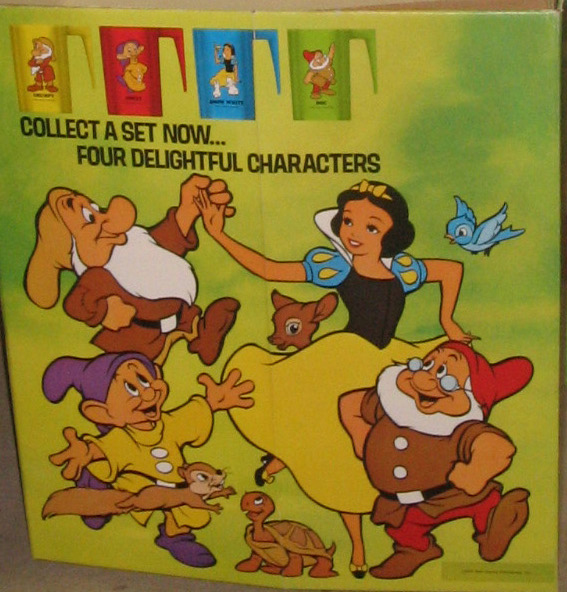 I recently learned from collector Rick Payne that twice as many mugs were produced featuring Snow White and Dopey as compared to those for Doc and Grumpy. Presumably they felt the first two would be more popular.

Display images courtesy of Rick Payne via dadric's attic are as marked. All others courtesy of David Welch's Childhood Memorabilia via PezDudeWelch. Used with permission.
Posted by Snow White Archive at 12:02 AM