The Story Behind Snow White's $10,000,000 Surprise Party is a great little piece that appeared 74 years ago today in the April 9, 1938 edition of Liberty magazine. Writer Miriam Stillwell talks about the film and even more about Walt Disney "with the heart of a child and the mind of a great artist." The $10,000,000 surprise party is in reference to estimates (four months after its premiere) of how much money it was going to make at the box office. 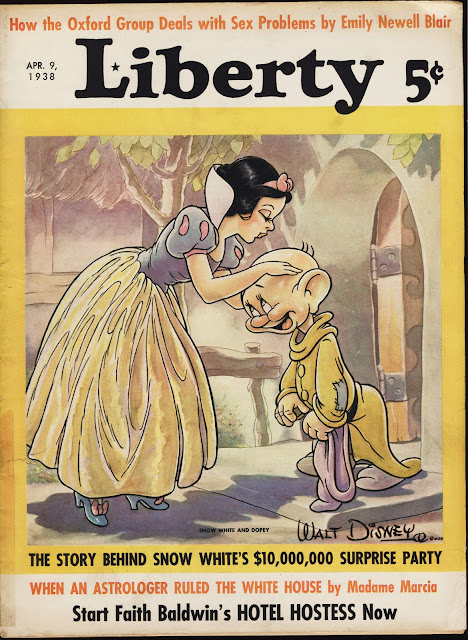 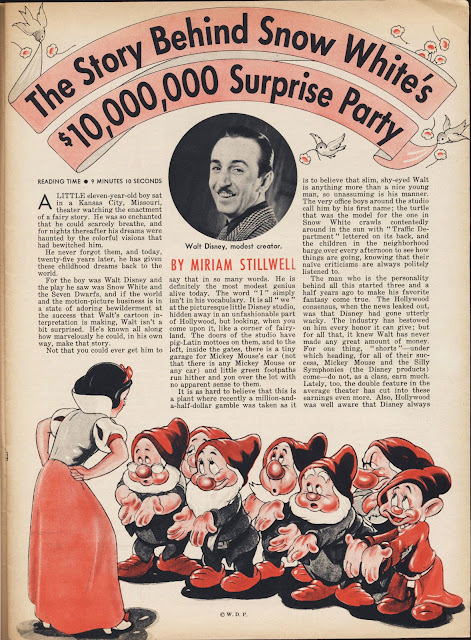 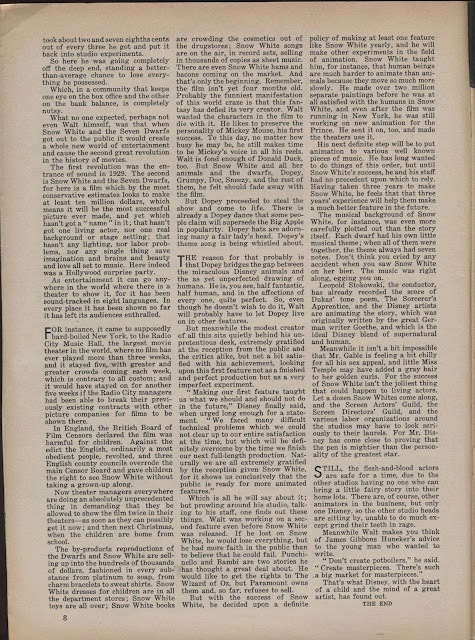 All image scans courtesy of the Rick Payne collection. Used with permission.
See what Rick has for sale at dadric's attic.
Posted by Snow White Archive at 12:01 AM