In the first series of trading cards from the 2003 Upper Deck Disney Treasures collection, Snow White characters are found in two different subsets...the most unique is the 10-card Reel Piece of History set. These cards each contain two pieces of actual film from the re-mastered movie shown in theaters. So while there's only one Snow White "Reel" card in this set, no two of them are exactly alike. Several unique examples are shown below. 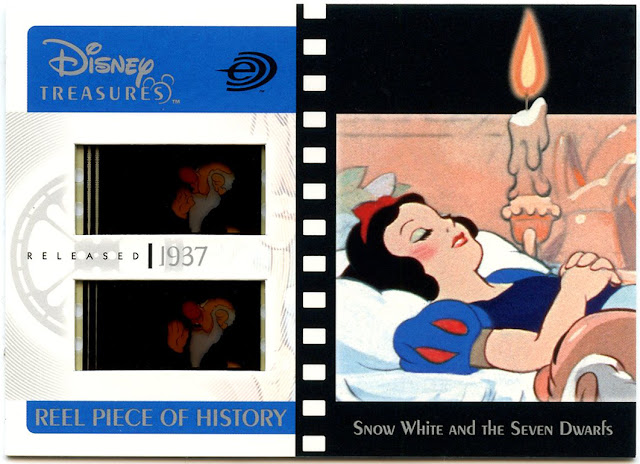 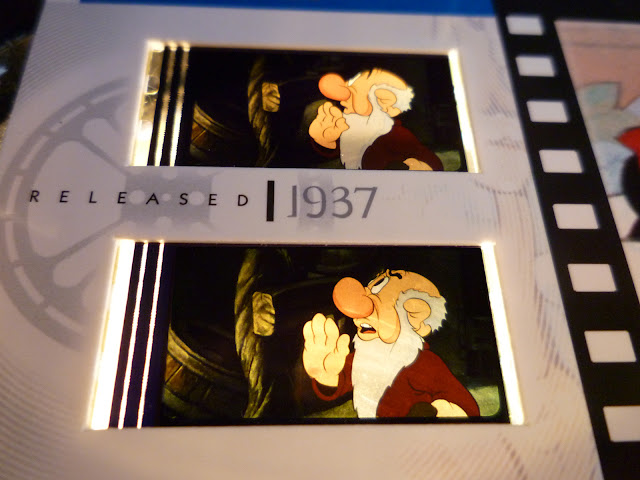 All of the backs to the Snow White cards are the same. 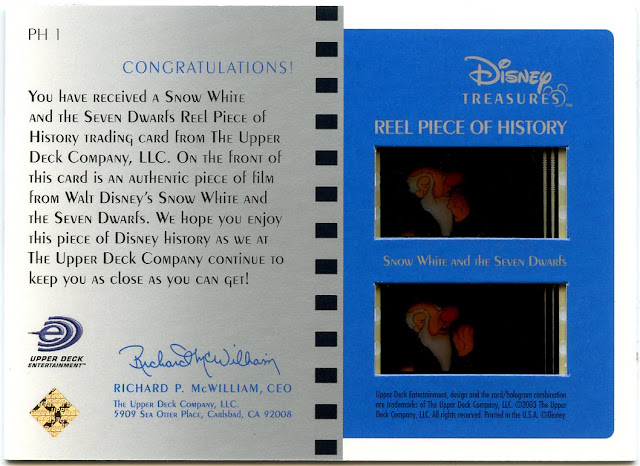 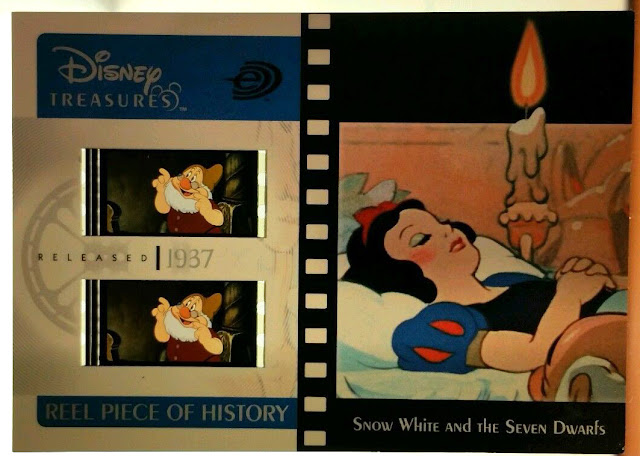 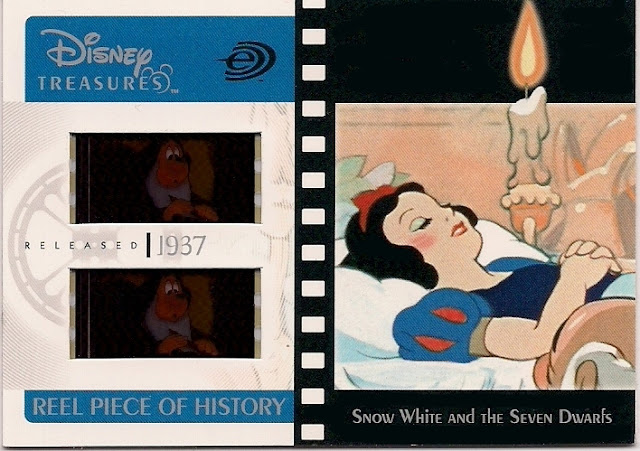 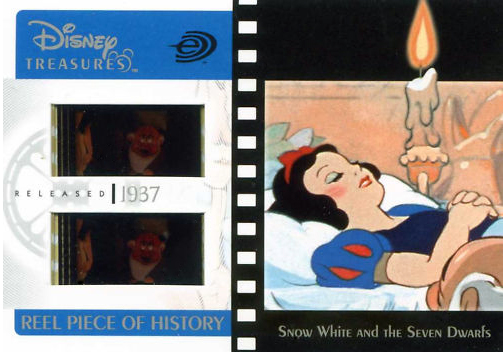 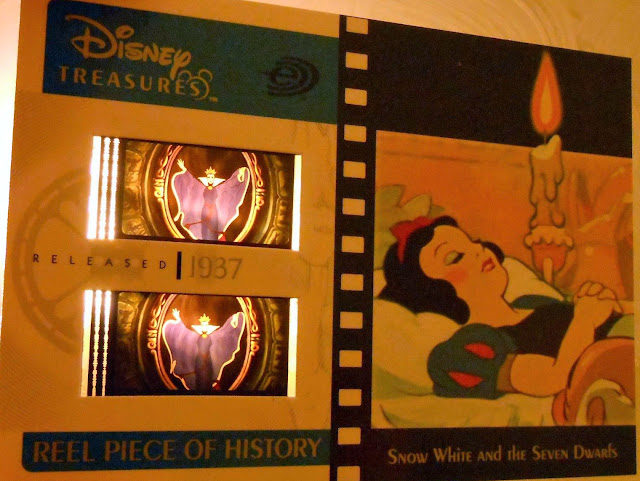 The second subset within the first series is the 10-card Snow White chase set. Each displays a scene from the film on the front and anecdotes from its making on the back. 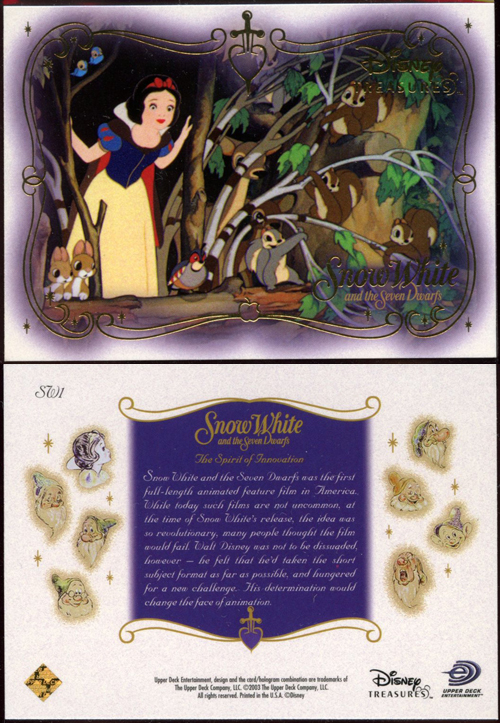 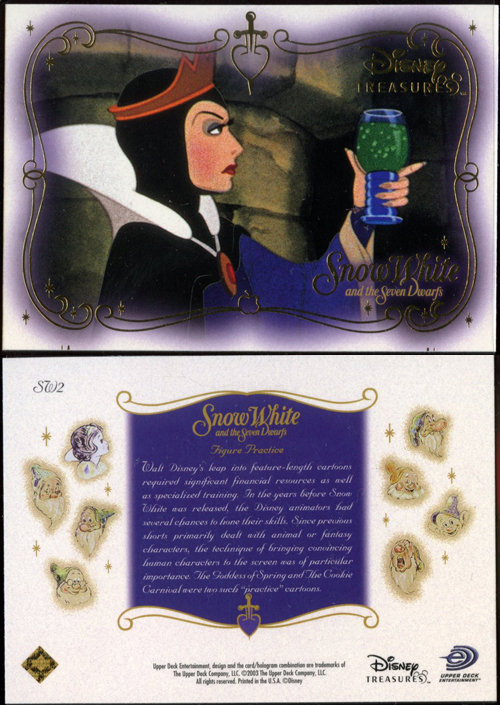 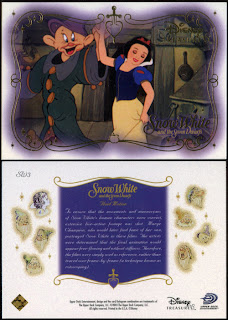 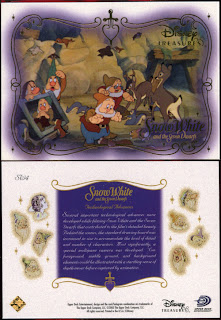 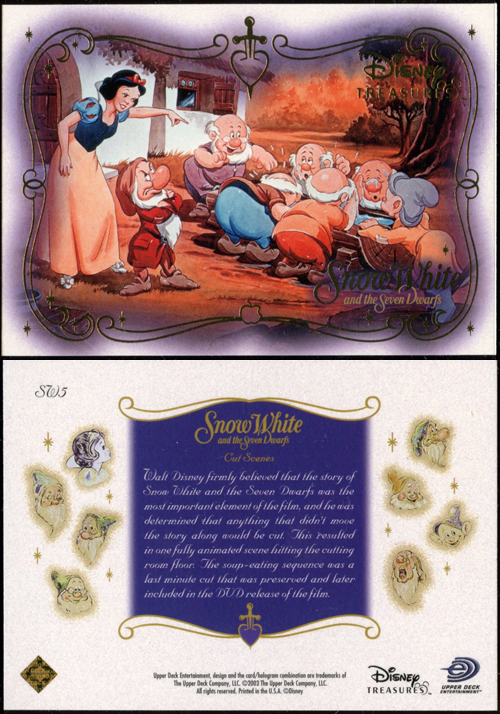 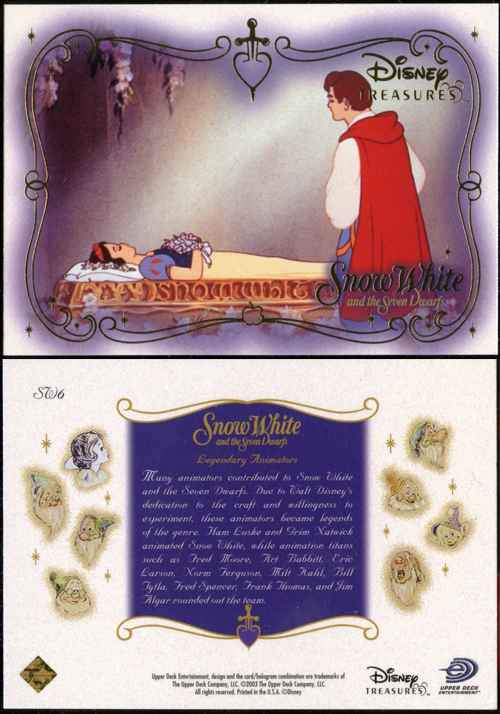 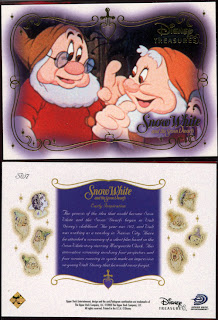 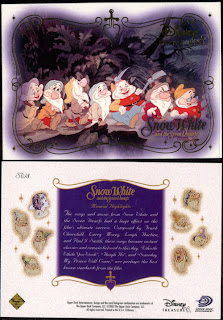 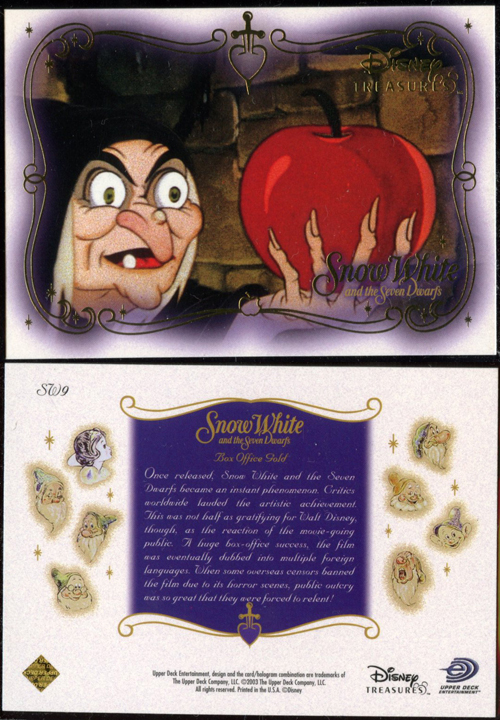 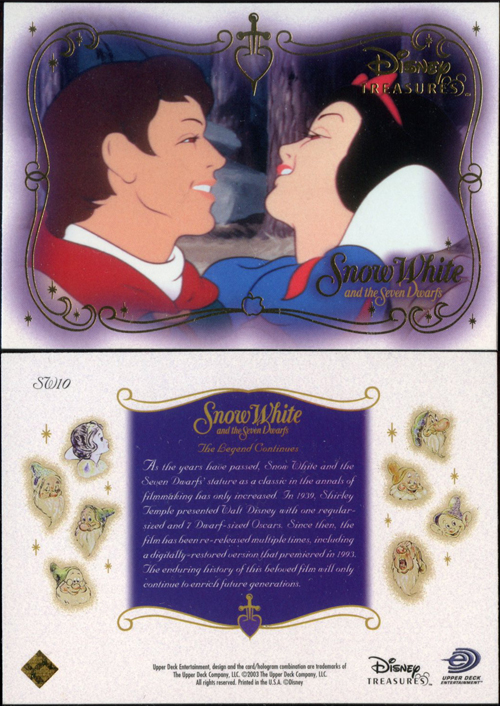