These photographs were part of a large collection purchased from a former Disney art director who retired after 40 years. Within the company, the photos are often reprinted and used as guides by artists in the creative merchandising division when they design character merchandise and collectibles.

The press kit 8x10s distributed to theater owners usually contain text in the lower frame of the photo with the letter "R" and a year, indicating the theatrical re-release of the film. These "in-house" photographs do not have any such markings. 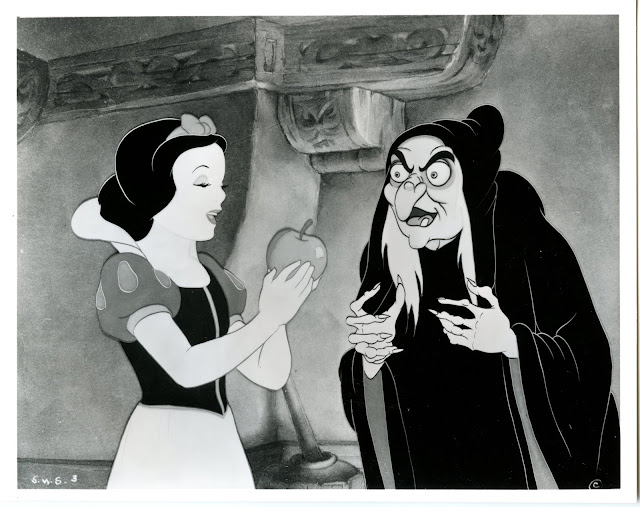 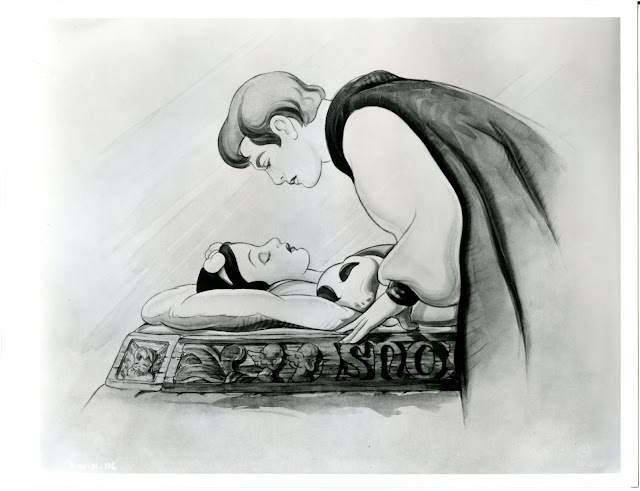 Images from Filmic Light Collection.
Posted by Snow White Archive at 12:01 AM