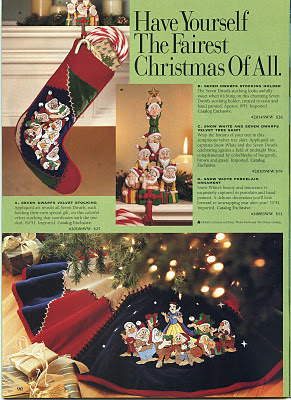 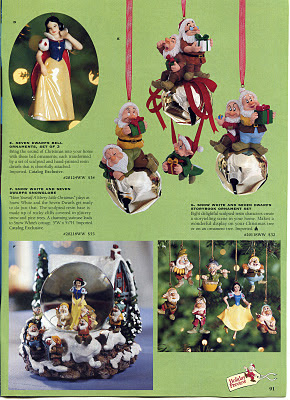 The 2000 Holiday Disney Catalog featured Casey Jr. on the cover and four different sets of princess ornaments inside (p.10). You could also buy the train which included Grumpy and Dopey riding up front with Mickey and Snow White with Doc bringing up the rear. 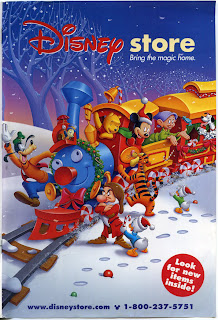 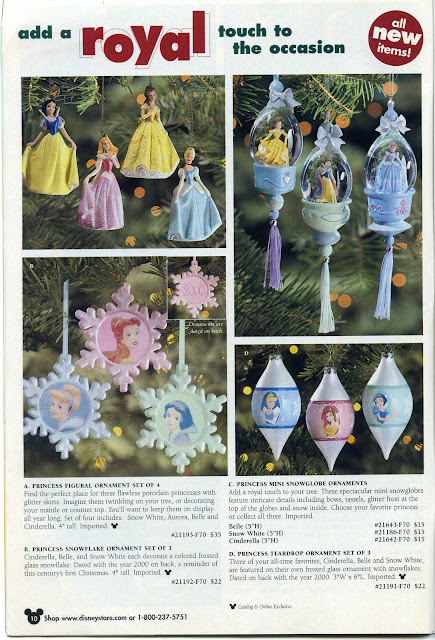 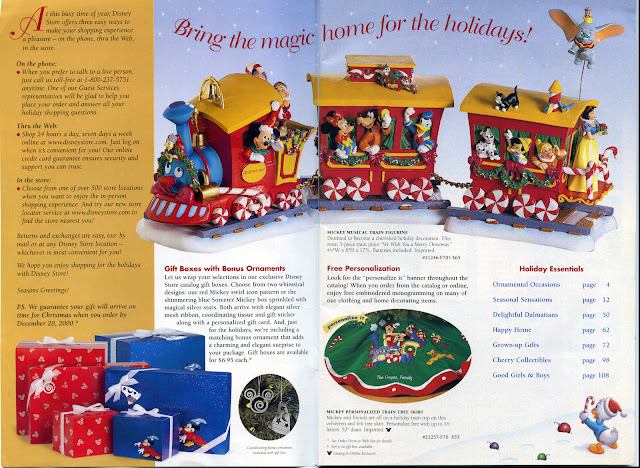 Snow and the Dwarfs graced the cover of the 2001 Fall Catalog to commemorate the film's release on DVD. A number of Snow White items made it into this issue. Those with a holiday theme included the Scented Dwarf Beanie Set (p.38) and back from the 1999 catalog, the Storybook Ornament Set (p.95). On the rear cover is the Radko Ornament Set. 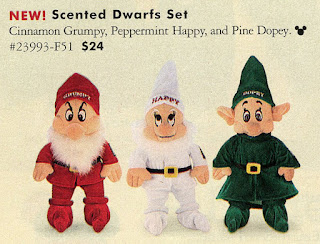 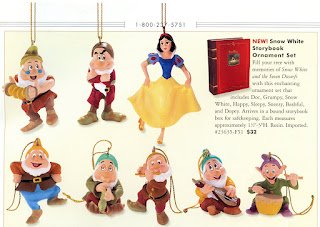 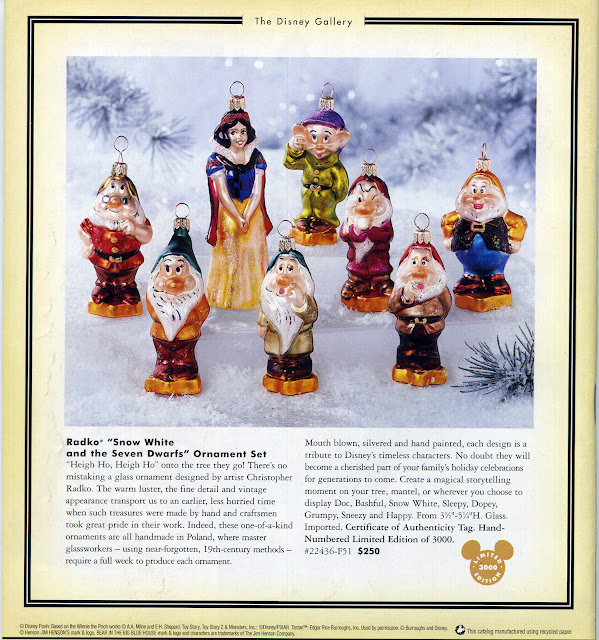 A Mercury Glass Ornament Set showed up in the 2002 Christmas Catalog (p.90). 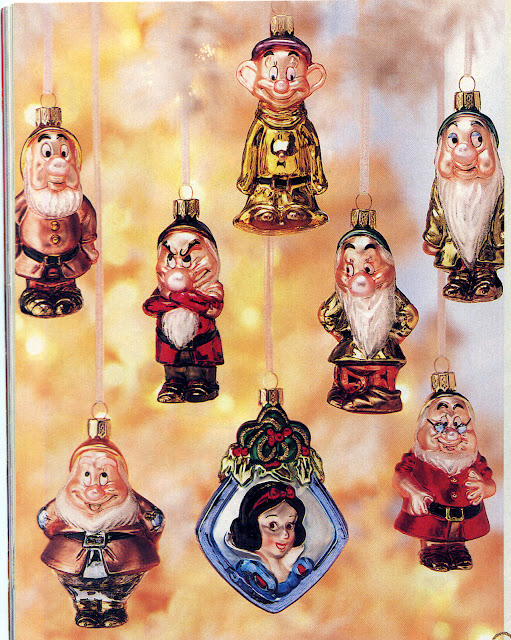 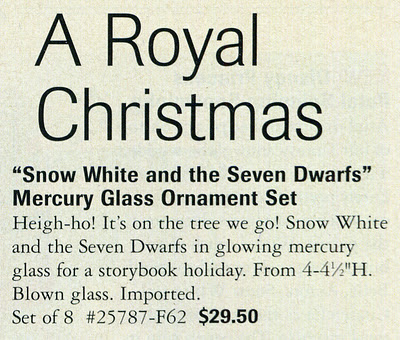 A Radko Witch ornament (with fellow Disney Villains) was in the 2003 Holiday issue. 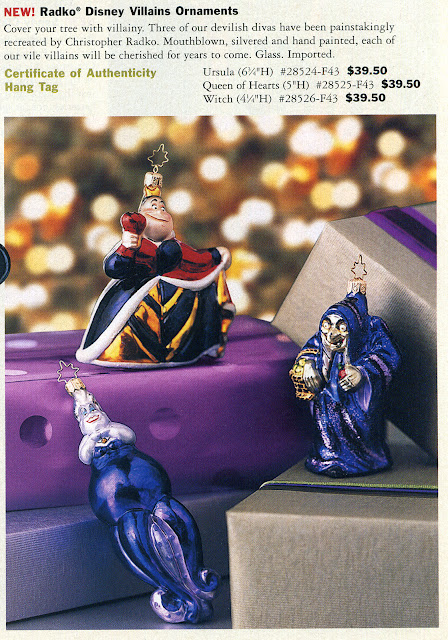 The 2003 Winter Disney Catalog offered up individual Snow White and Cinderella ornaments plus a set of princesses light covers (p.104). 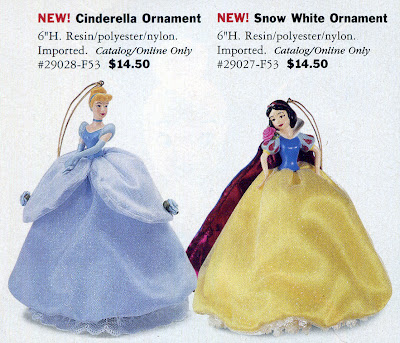 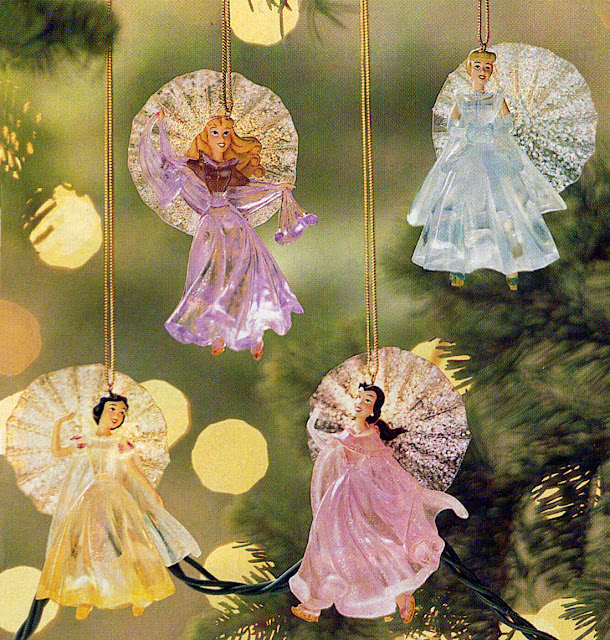 Opposite these (p.105) was a collection of resin stocking holders that included Snow White with Dopey. 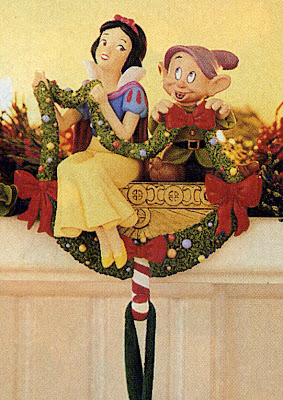 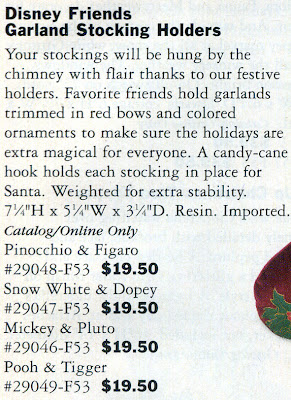 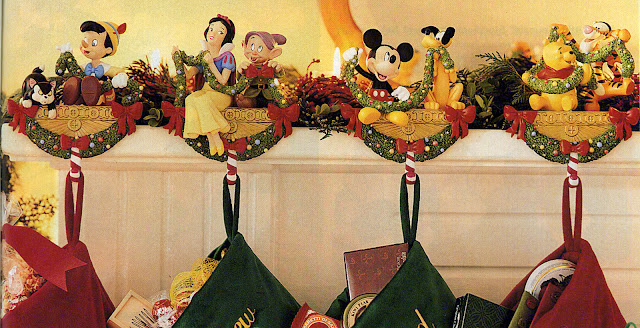