The Disney Store has released a truckload of Storybook Ornament Sets over the years. The popular holiday series featured characters from some the best Disney animated and live-action films. 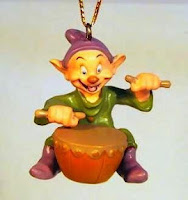 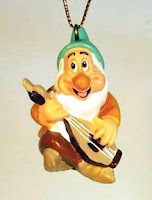 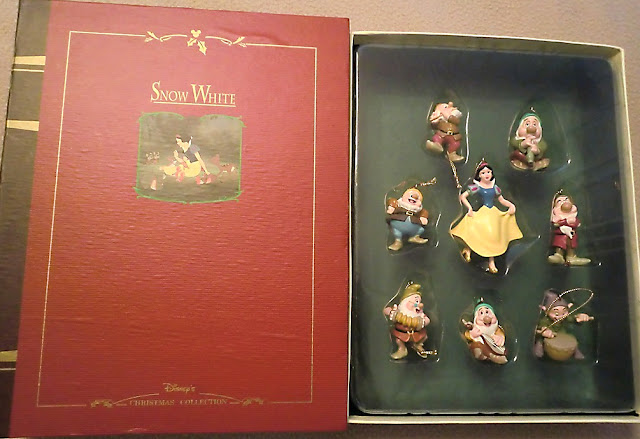 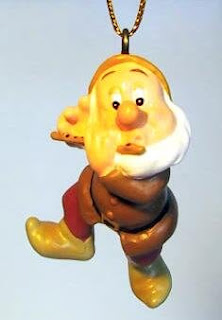 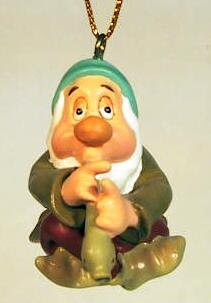 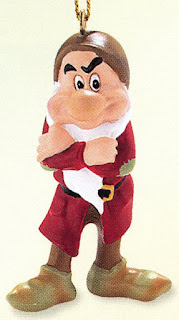 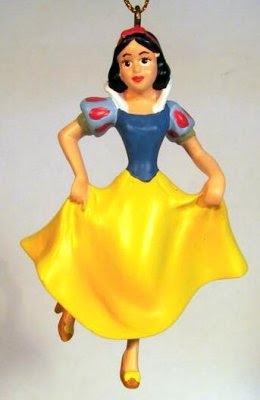 This set was listed in the holiday preview pages of the 1999 Halloween Disney Catalog (p.91). 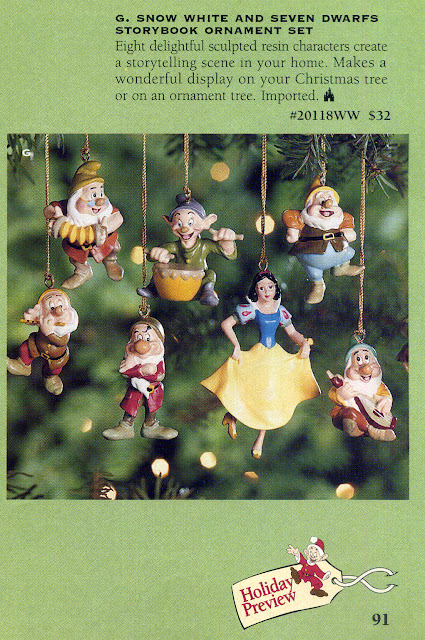 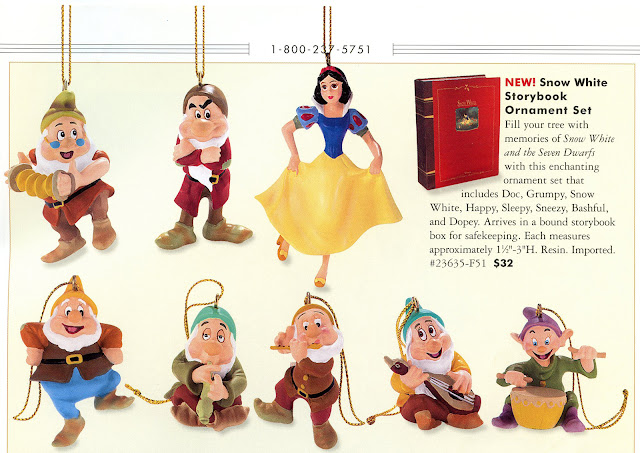 At some point, the cover art was redesigned on the box, but the ornaments stayed the same. 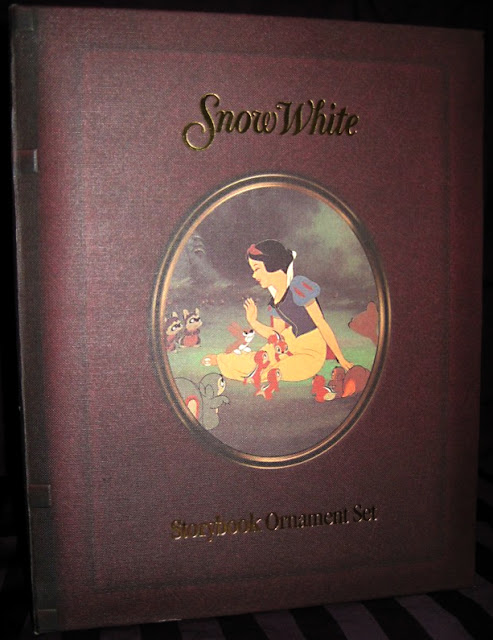 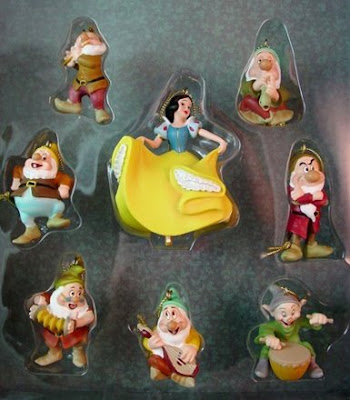 Then an updated set was released with a new Snow White sculpt. The Dwarfs, however, still remained unchanged. The ornaments are no longer available except thru online resellers.
Posted by Snow White Archive at 12:01 AM