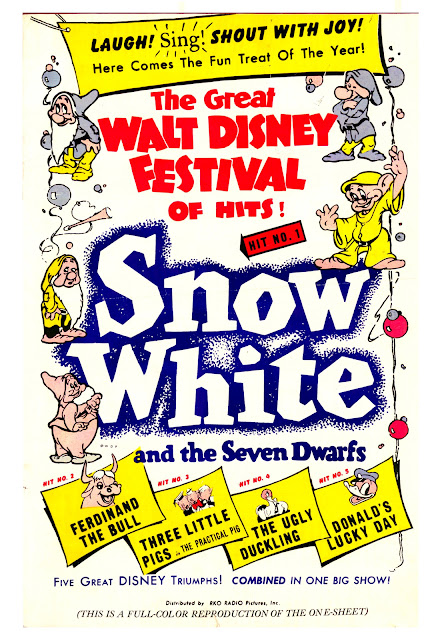 
In an effort to raise much needed funds for the studio, Snow White and the Seven Dwarfs was brought back to theatres in the summer of 1940 after having been "retired" just one year earlier. The Great Walt Disney Festival of Hits was a compilation release of five Disney films. The four shorts included Ferdinand, The Bull, The Practical Pig (a Three Little Pigs sequel), The Ugly Duckling, and Donald's Lucky Day. 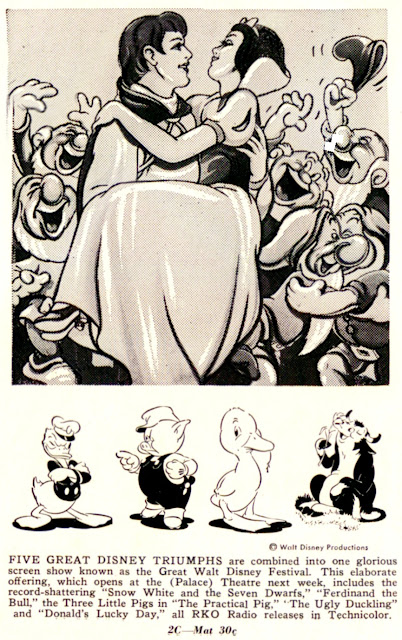 Festival of Hits pressbooks are difficult to come by, as are the posters and lobby cards. This re-release was very popular with audiences and did quite well, but it only played to a limited number of theaters, making the promotional materials all the more rare.

The book contained a total of eight pages including covers. Dimensions 12" x 18". Content included newspaper copy for stories about all the films, but it focused mainly on Snow White as would be expected... 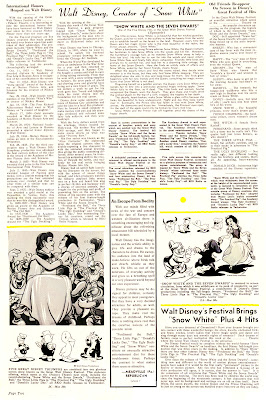 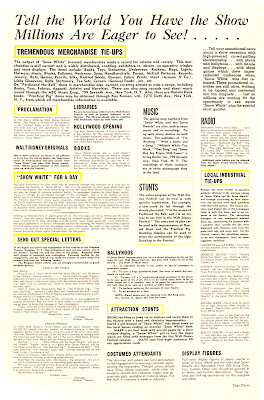 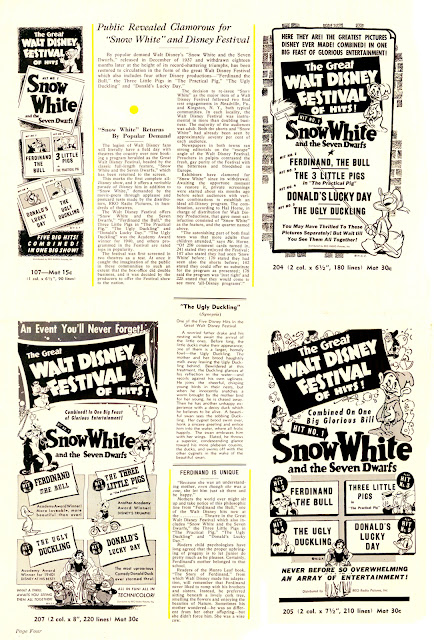 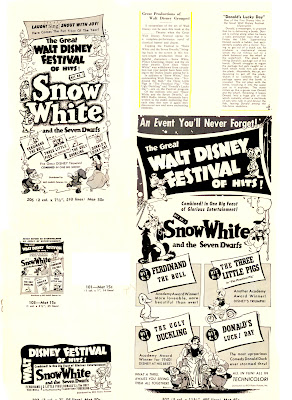 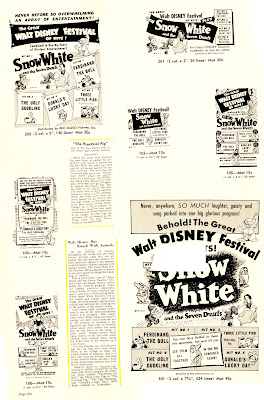 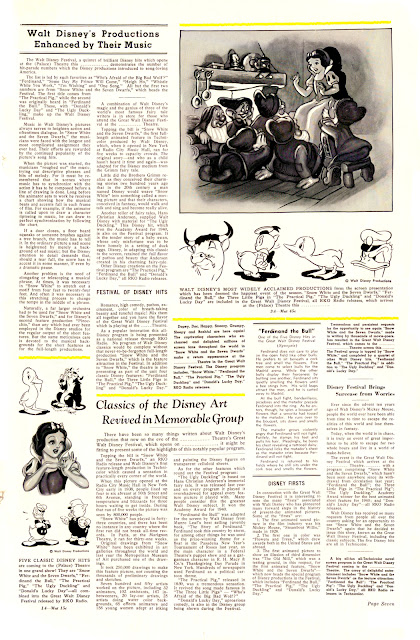 On the back cover, an array of poster sizes that could be ordered by theatre owners. A set of eight lobby cards was also available. Four of the cards were for Snow White and one each for the others titles. Note that while the posters are shown here in yellow, in actuality, they were printed full color. 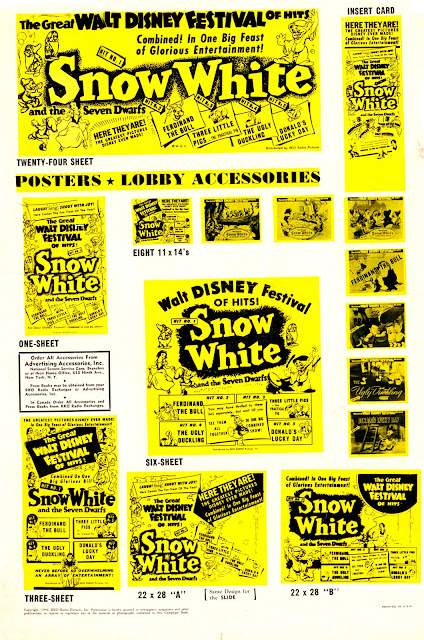 
See these in other Archive entries:

The Great Walt Disney Festival of Hits continued to play at select cinemas throughout the rest of 1940 and even into March 1941.
Posted by Snow White Archive at 12:01 AM