For the 1987, 50th anniversary theatrical re-issue of Snow White and the Seven Dwarfs, it seems that Buena Vista passed on the usual pressbook campaign and instead simply went with sending out press kits instead. Issued in this 9" x 12" two-pocket folder. 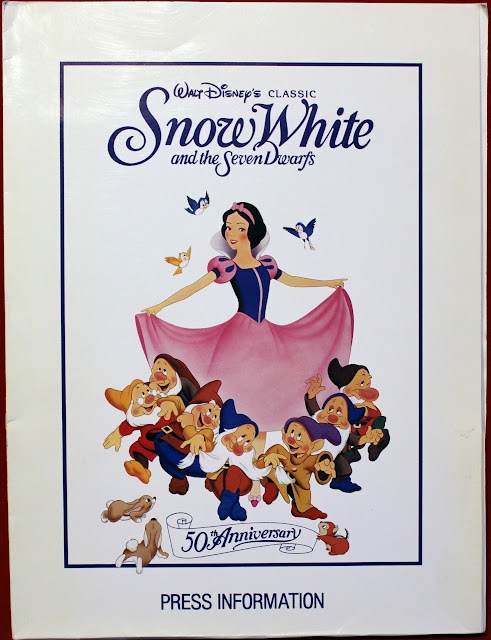 Inside was a collection of B+W promotional 8x10s (below) and a 24-page press release/production booklet (next post). 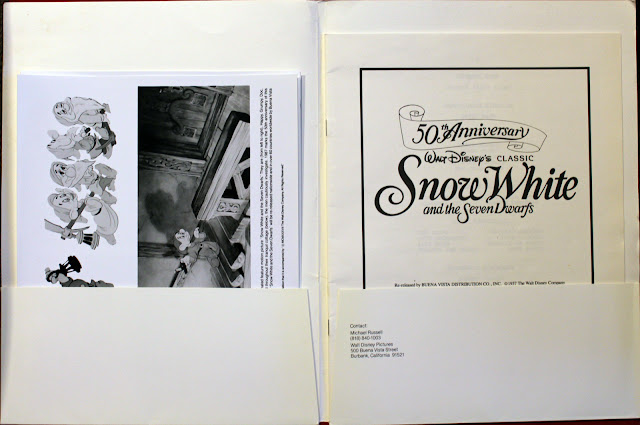 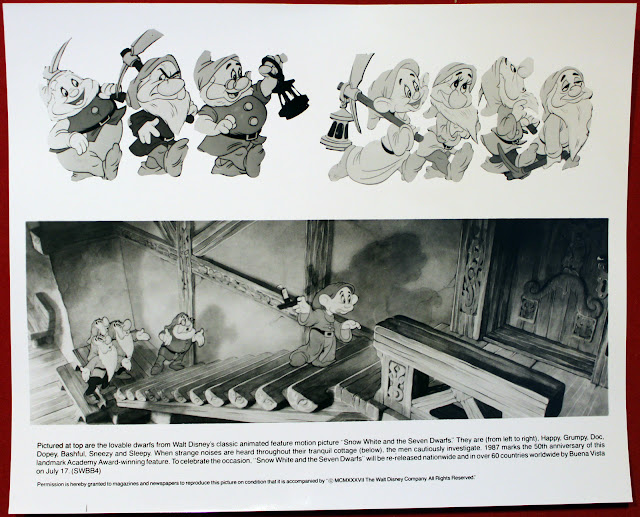 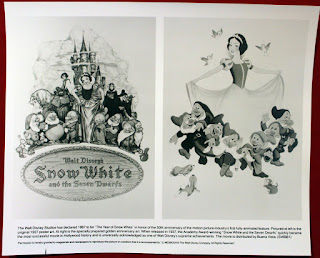 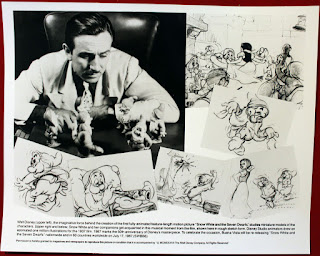 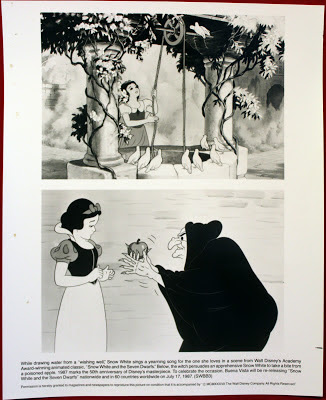 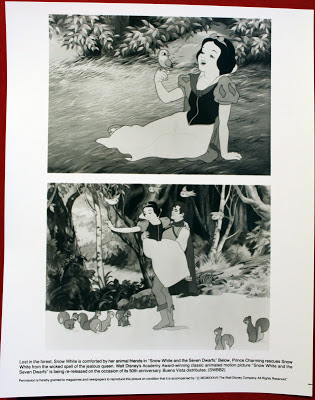 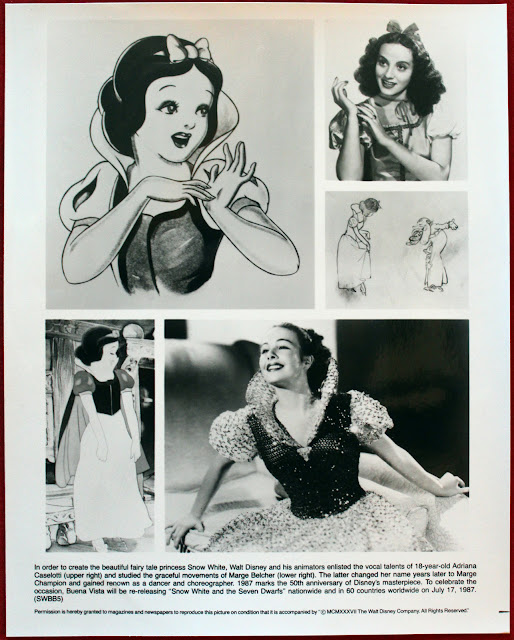 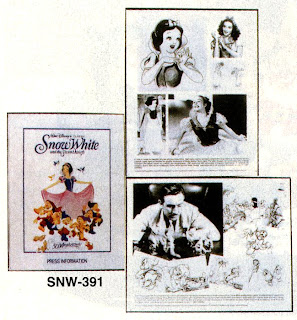 Also see the 1987 UK press kit in an earlier Archive entry.
Posted by Snow White Archive at 12:01 AM