On May 31, 2013, the Jelly Belly Candy Company announced a new special edition line of their gourmet jelly beans--the Disney Vile Villains Candy Packs featuring Cruella De Vil, Ursula, Captain Hook, and the Evil Queen. They began shipping to stores as early as July so as to be available for Halloween sales.

Each villain package weighs 1.2 ounces and contains her (or his) own assortment of jelly beans. The Queen's Evil Apple Mix is made up of green apple, red apple and sour apple. Note: We first saw this Queen-at-cauldron artwork in 2009 at Disneyland on park maps and banners during Halloween. 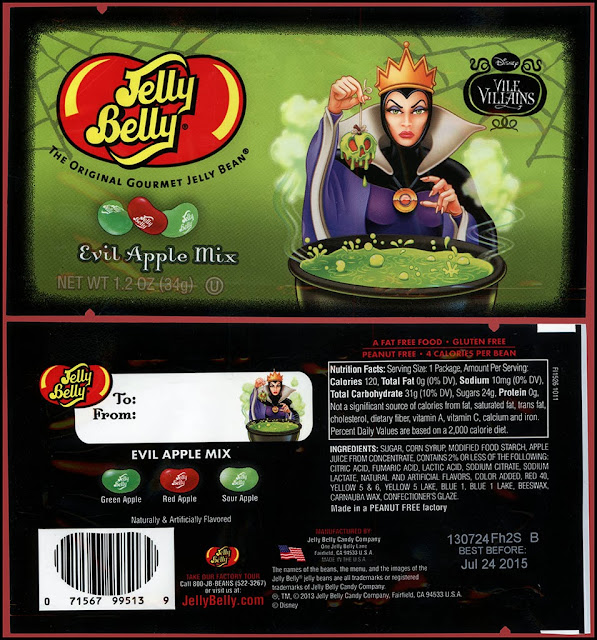 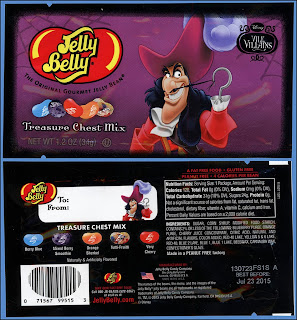 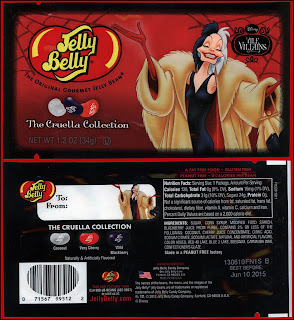 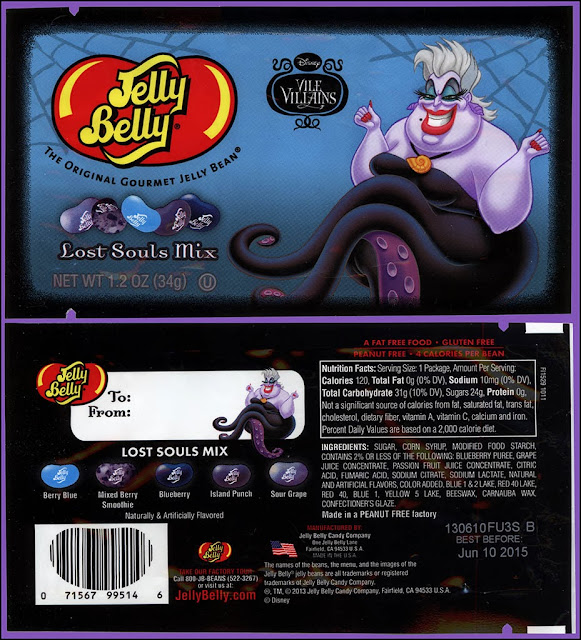 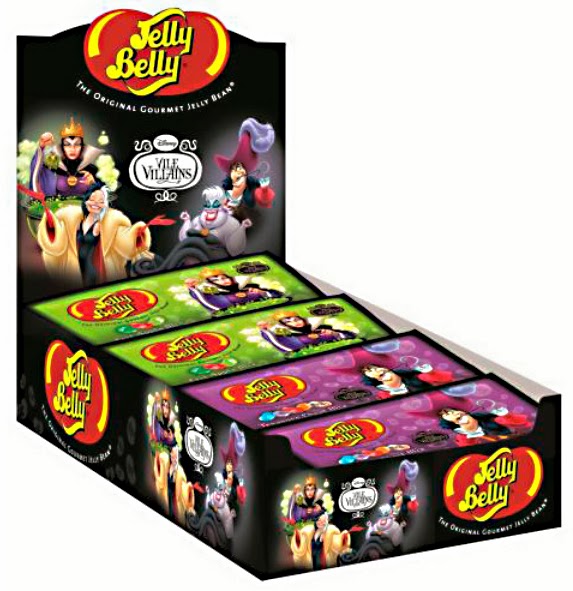