Published by Grosset & Dunlap in 1938, Walt Disney's Forest Friends from Snow White and the Seven Dwarfs is marvelously illustrated by Disney studio artists. The 28 page hardcover came in a dust jacket and measures 9.25" x 7.25".

The endpapers are quite stunning, with both front and back the same. 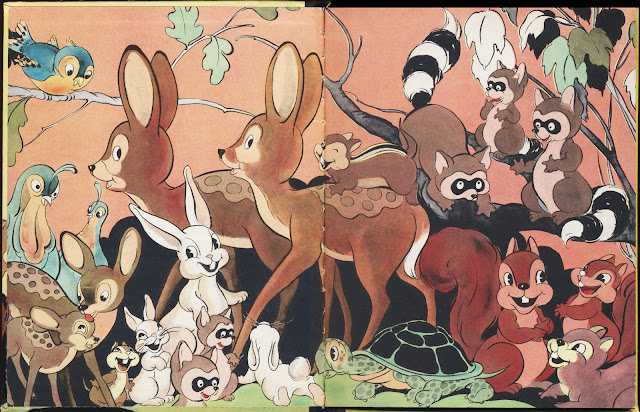 The only place Snow White makes an appearance is on title page. Contrary to what it says, we all know that Walt Disney was not the illustrator. 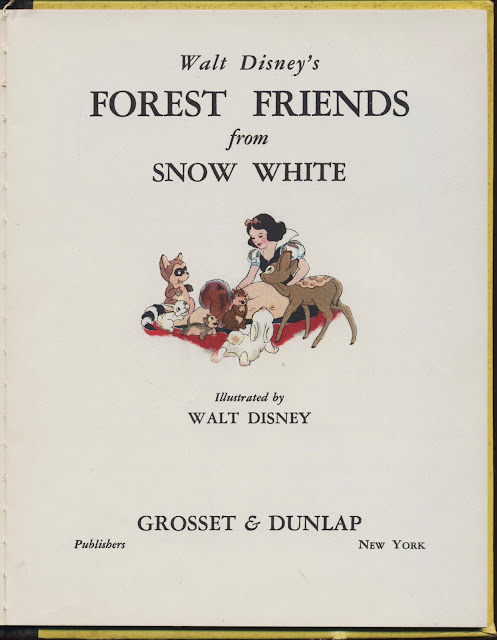 The pages alternate throughout between B+W illustrations and color plates. 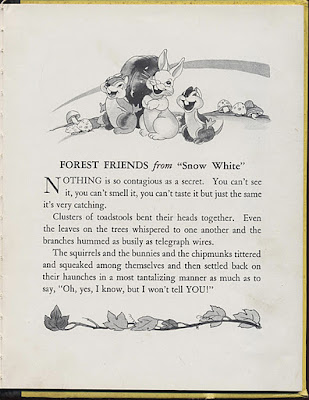 The story centers around Little Red Squirrel. All the forest animals seem to be sharing a secret except for him. Not wanting the others to think he doesn't know what it is, he pretends he does. He starts to feel embarrassed, though, by not knowing and so tries to hide from the others. 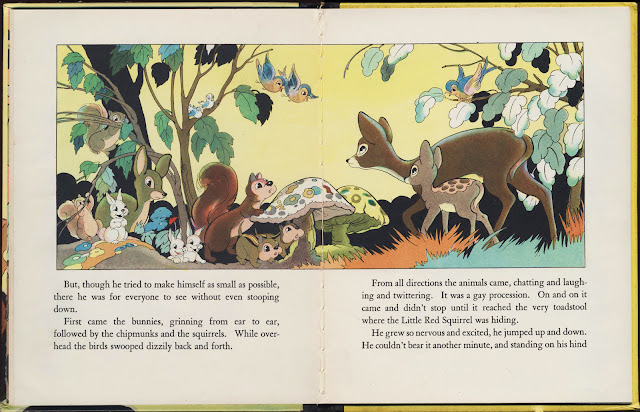 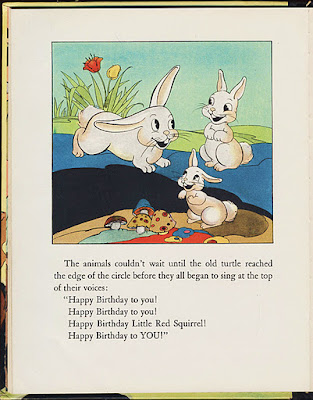 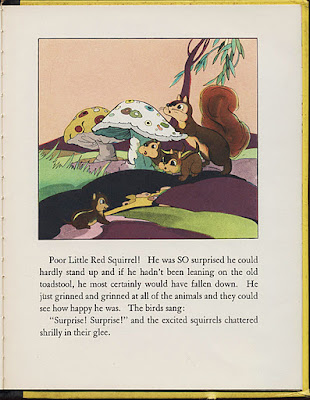 After surprising the birthday boy, they all scattered in different directions to dig up hidden presents for the party feast--nuts, berries, green shoots, and delicious crunchy bugs. Then the young animals played games until the day neared it's end. The story concludes with Little Red Squirrel having had a real good time and wondering how long it will take for his next birthday to come around. 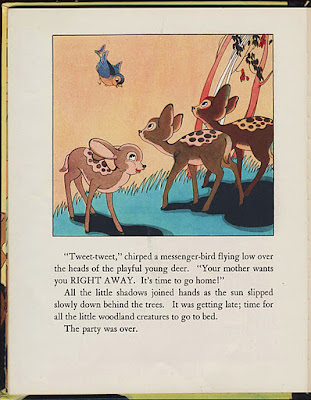 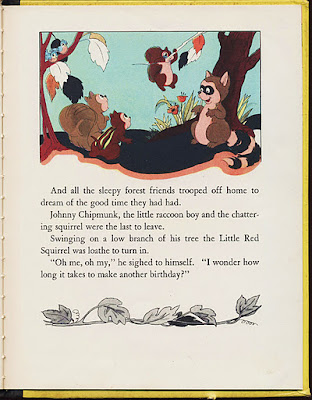 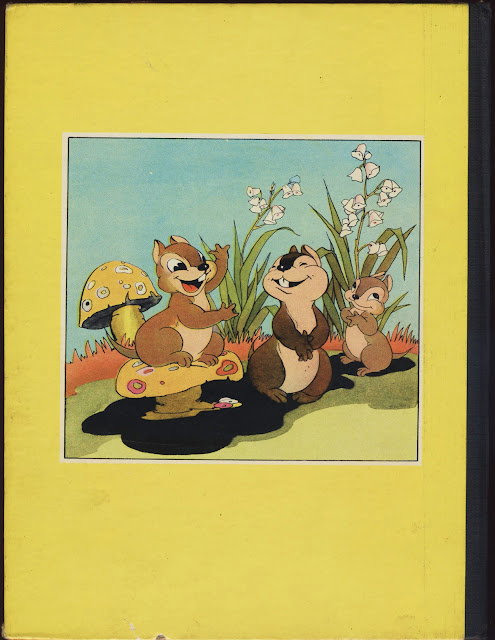 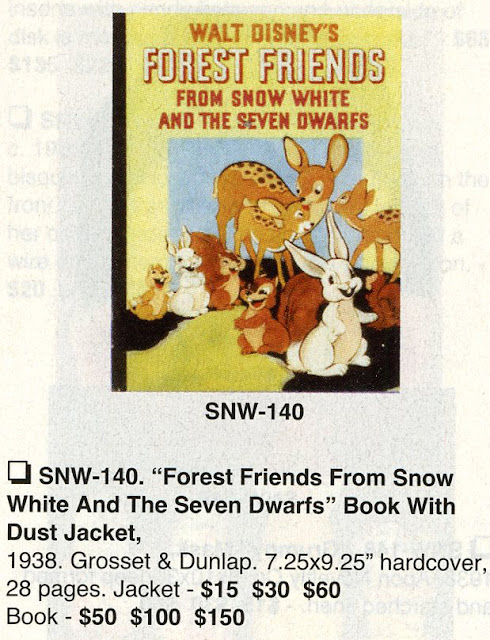