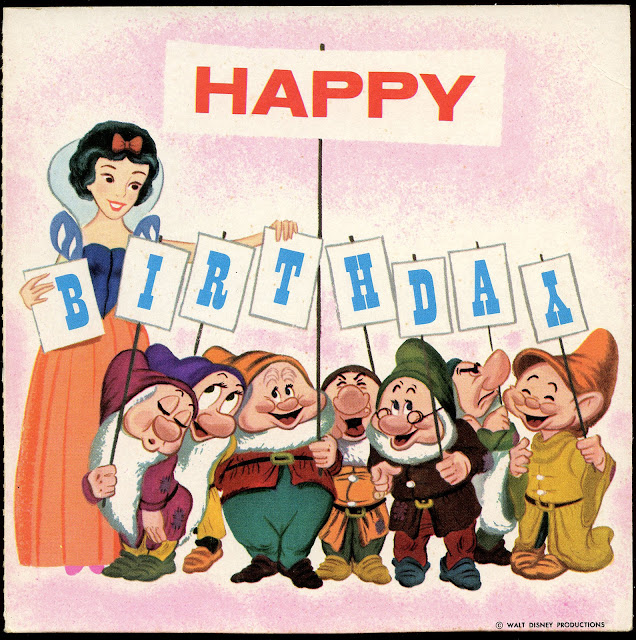 This Snow White "Happy Birthday" card dates from 1964 and features a 33⅓ disc by Columbia Record Productions. "New process plays over 500 Times." Catalog no. 50B9023. 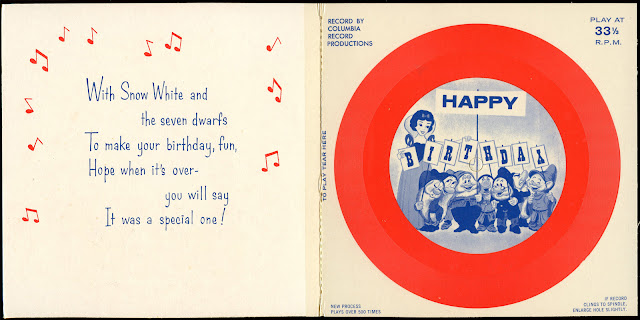 Back of the card reads:

Story: Snow White and the Seven Dwarfs have an exciting adventure while singing Happy Birthday to their special little friend who gets this card. 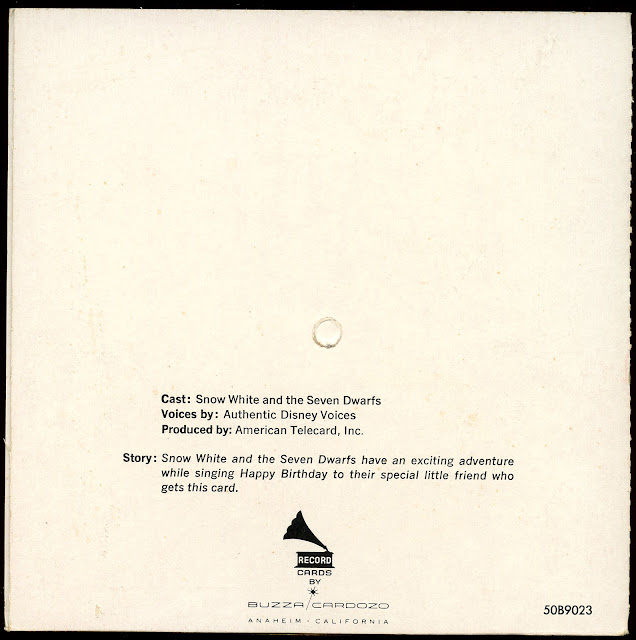 The voice actors were certainly hired by Disney, but they of course are not from the original movie cast. As the story begins, we find Snow White and the Seven Dwarfs going around and around atop the record disc. We get to hear Dopey speak too! They see Sleepy sound asleep along the outer edge, so they all join hands as Snow reaches out and grabs him before he falls off. Then they all sing "Happy Birthday" to their "little friend"--the recipient of this card.
Posted by Snow White Archive at 12:01 AM