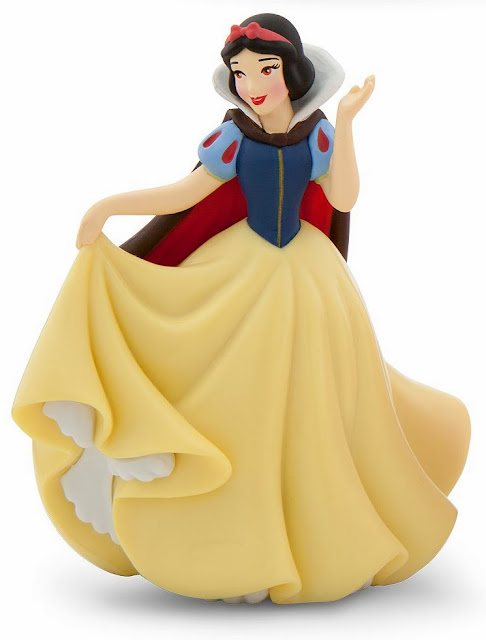 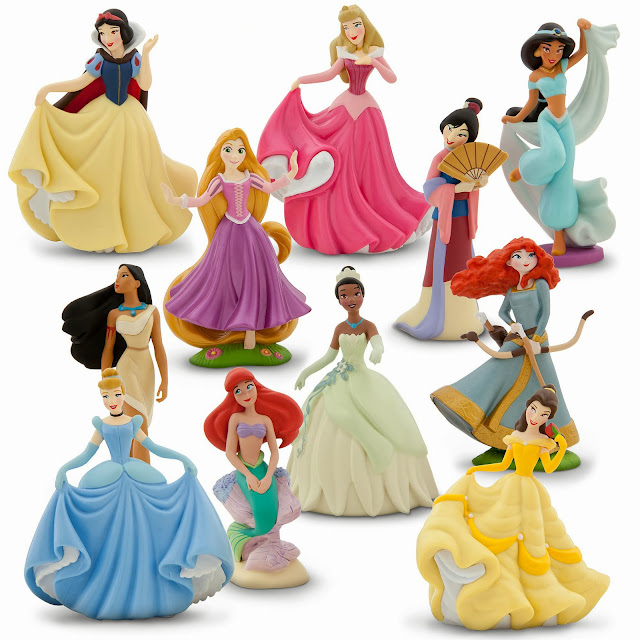 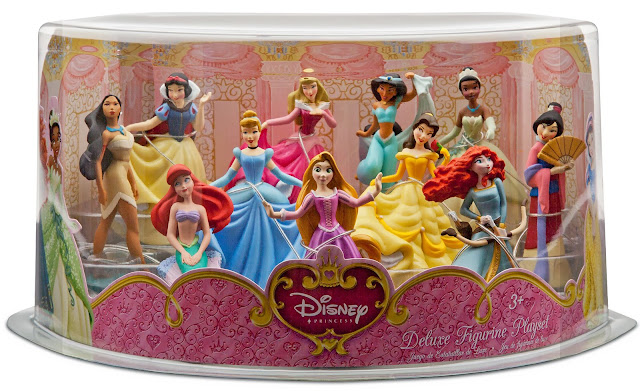 
Also available--on the JC Penny website--is the 16-piece Disney Princess Deluxe Figurine Set. The collection actually features the same PVC princess molds found in the 2012 ten-piece set. However, it differs in that it also includes the accompanying prince figures. Pieces measure between 2.75 and 4" tall. Retail $40. 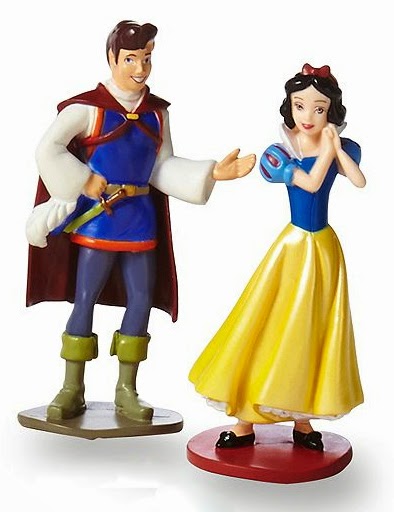 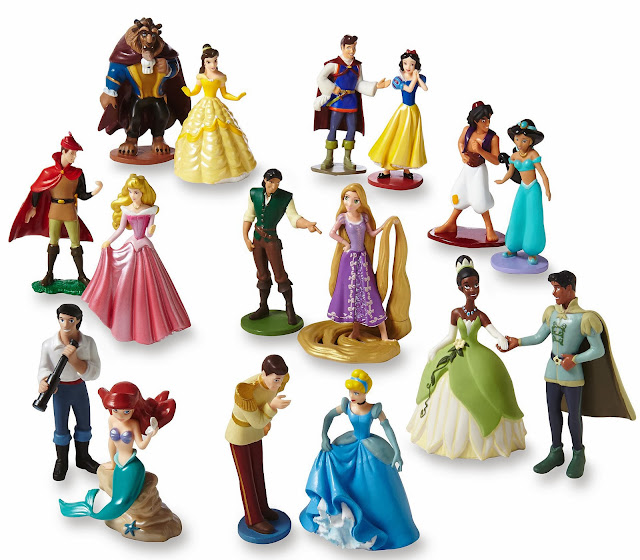 Not included in this release are last year's Pocahontas and Mulan, as well as this year's Merida.