It was early in 1937 that studio employees Al Perkins and Bill Garity began work on A Trip Through the Walt Disney Studios, the in-house documentary created for RKO exhibitors to help with the Snow White marketing campaign. (This film would later be reworked and released to the public as How Walt Disney Cartoons Are Made.)

In November of '37, Perkins and Garity were given the responsibility of creating the Snow White trailer. It starts out with bold music and text, "THE SHOW THRILL OF YOUR LIFETIME..." 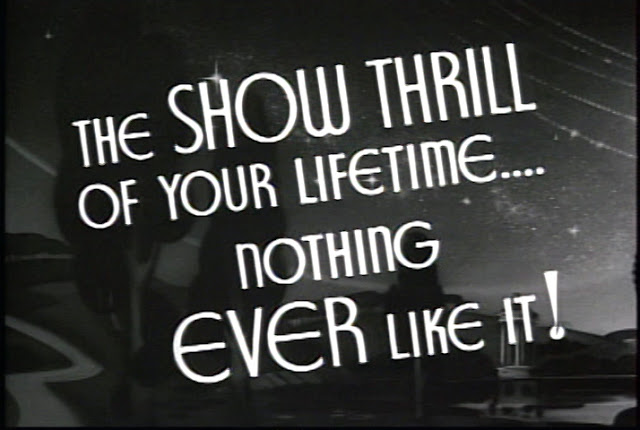 A rave review was added from the December 27, 1937 issue of Time magazine. It's followed by Technicolor footage of animation cels and backgrounds. 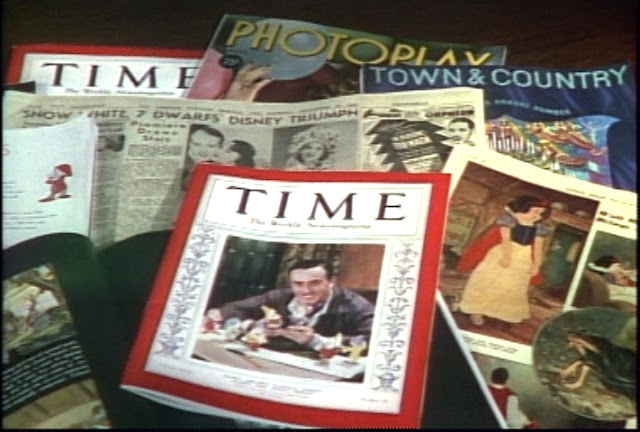 The heart of the trailer features Walt Disney in his office. This sequence was shot exactly 76 years ago today, November 26, 1937. With less than one month to go before the film's premiere, Walt is seemingly at ease as he introduces the Seven Dwarfs--with the help of Seiberling latex figures on the desk in front of him. After the 1938 general release in February, these rubber dwarfs would sell by the hundreds of thousands. 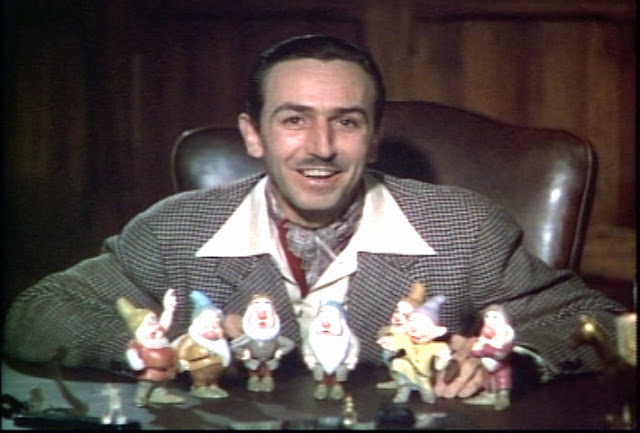 The show thrill of your lifetime...


A second trailer was also produced, with a clip of the marching dwarfs singing "Heigh-Ho". Segments of it, though, are clearly missing as evidenced by abrupt jump cuts. Both trailers were issued as extras with the 2001 Platinum Edition DVD.
Posted by Snow White Archive at 12:01 AM