The Snow White and the Seven Dwarfs Game was first produced in 1946 by Russell Mfg. Company. It was part of the six-deck Mickey Mouse Library of Games (of which we had a closer look at in an earlier Archive entry). 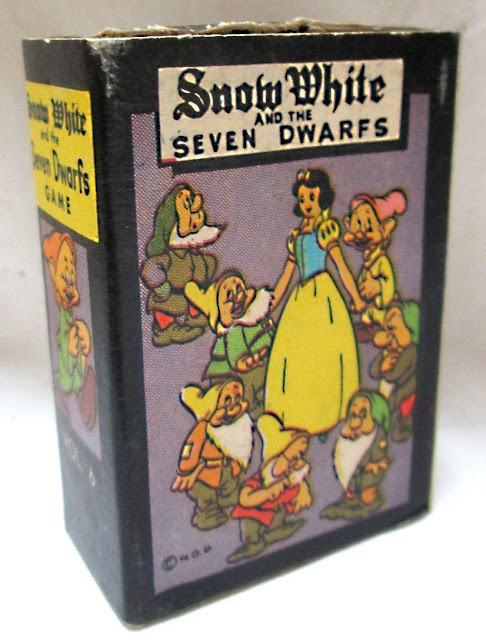 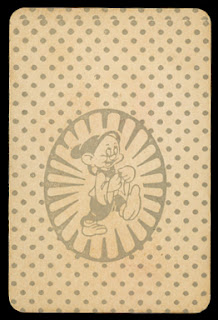 
Between the late 1940s-60s, the cards were repackaged and reissued many times. Here's a few of those later designs.

Snow is depicted on this box cover with Dopey on the sides. It's still labeled No. 6 (a reference to the Mickey Mouse Library of Games). Box measures approximately the same size as the earlier edition, 1.75" x 2.75" x 1". 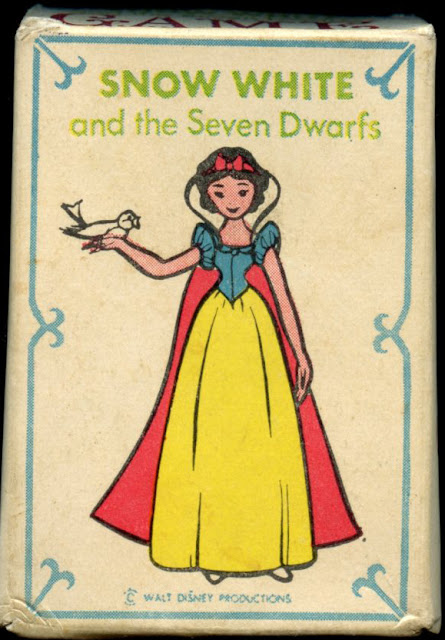 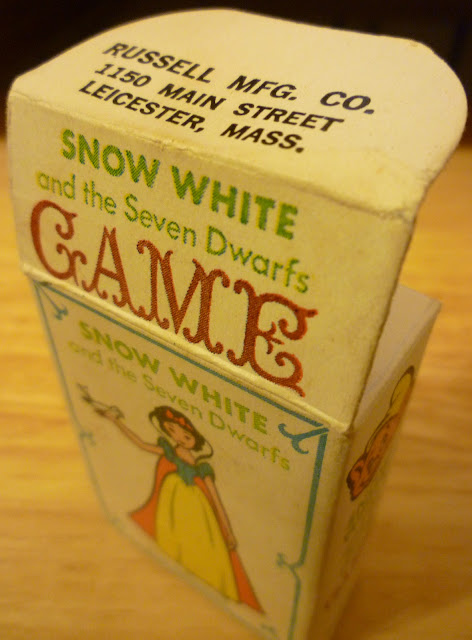 Rules printed on back and bottom of box. 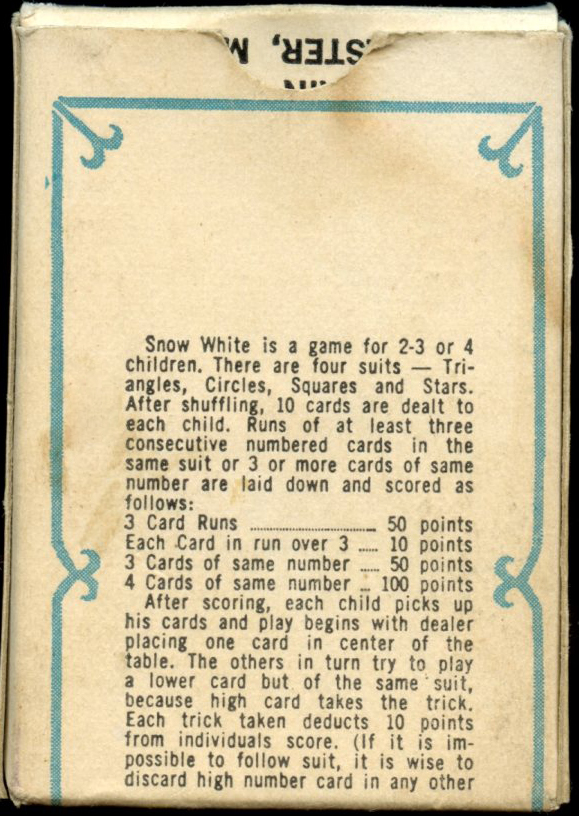 The card designs are the same as those seen in the first edition--four suits, 48 cards. 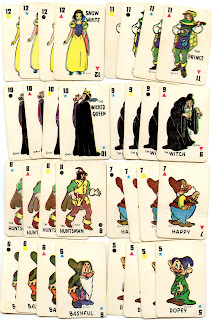 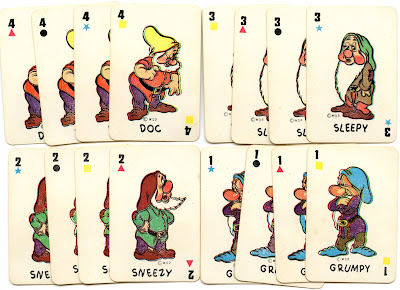 Dopey is stamped in red on the back of this deck. 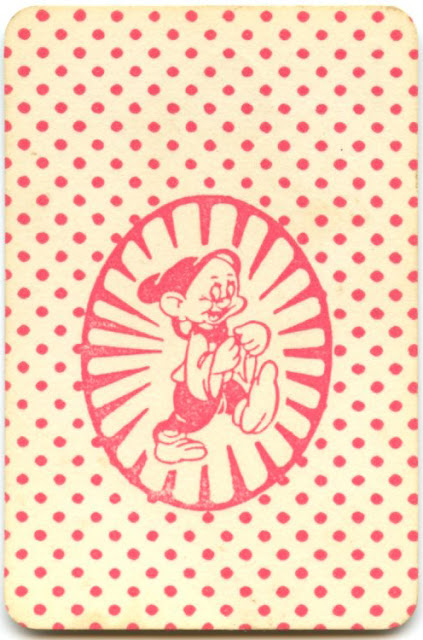 
In another printing, probably from the 1950s, the box has the same graphics but a new design in green is printed on the card backs. The decks were sold individually or in various groupings. Here's a 3-pack labeled as Mickey Mouse Club Card Games for just 69¢. 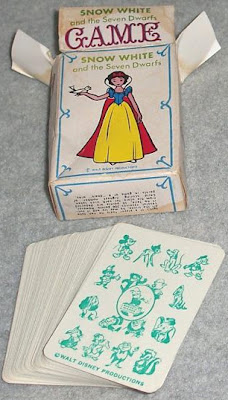 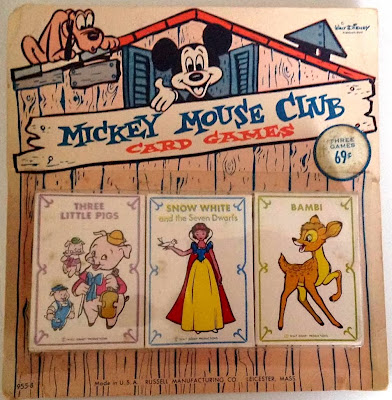 A later release brings a moderately updated look to the box design. Seen here packaged individually for 39¢ or a 2-pack for only 59¢. 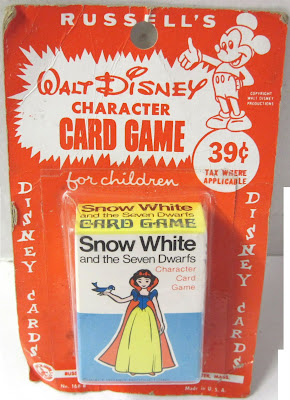 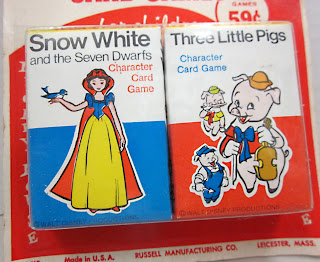 
In 1965, the deck was issued again with still another new box design. This time with the 1946 graphic of Snow and the dwarfs placed over a plain blue background. The deck also features larger cards than in earlier versions with a box measuring 2.375" x 3.5". 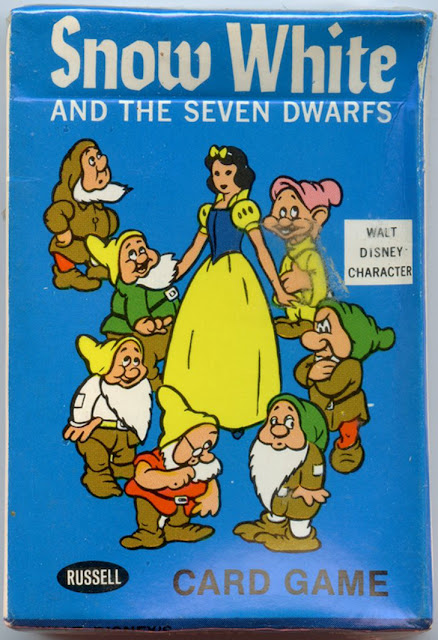 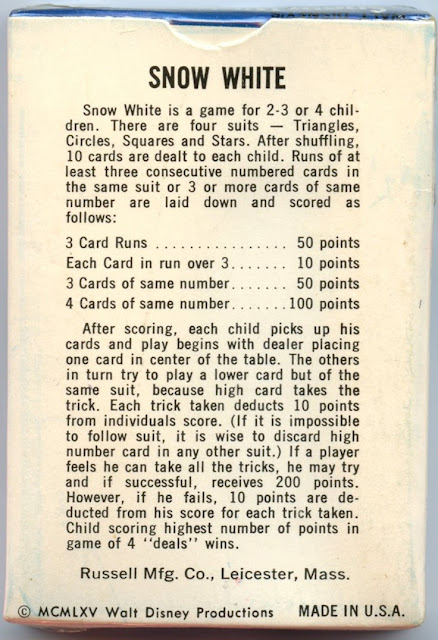 The opposite side artwork in blue. 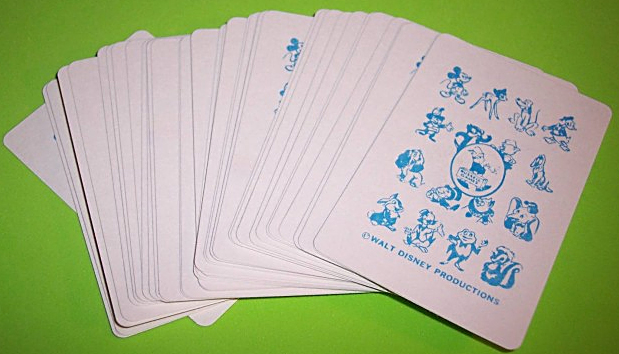 The game was revamped in this version. Same rules, but instead of 48 cards, the deck only contains 40. No longer included are the Witch and Huntsman. The Queen, Prince, and Snow have been changed to the number 8, 9, and 10 cards. 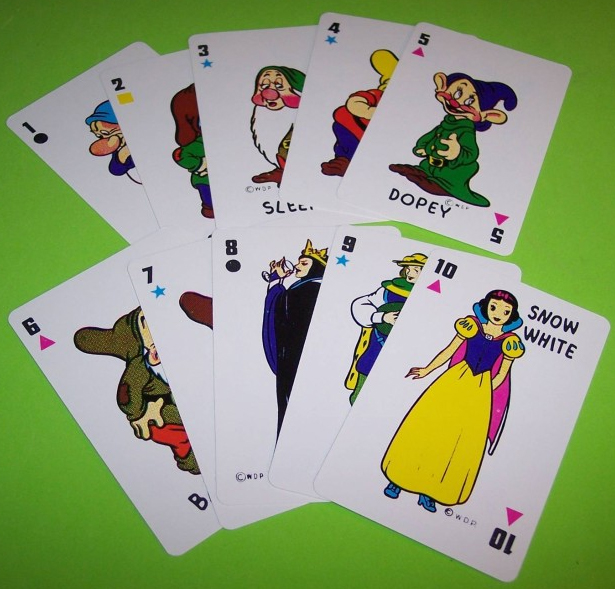 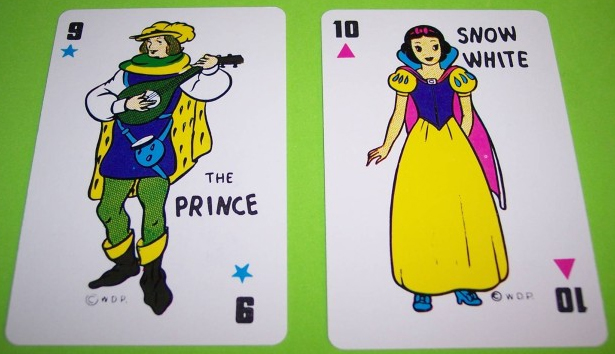 The Snow White deck once again sold in a 2-pack with the Pigs. 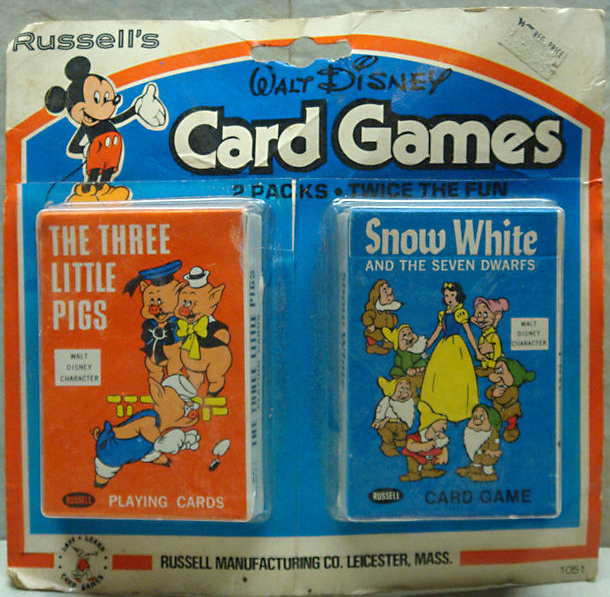 Russell probably produced even more variations on this Snow White Game. We'll continue to post 'em if we find 'em.
Posted by Snow White Archive at 12:01 AM