Walt's first appearance on the cover of Time occurred in the December 27, 1937 issue, one week after the world premiere on Snow White. 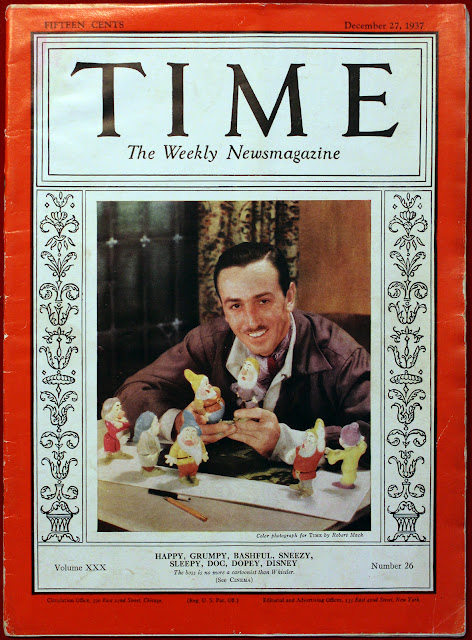 The author retells the story of Snow White and then briefly speculates that because the Dopey character is so "unexpectedly heart-winning," Disney may use the "youngest dwarf in a series of his own." 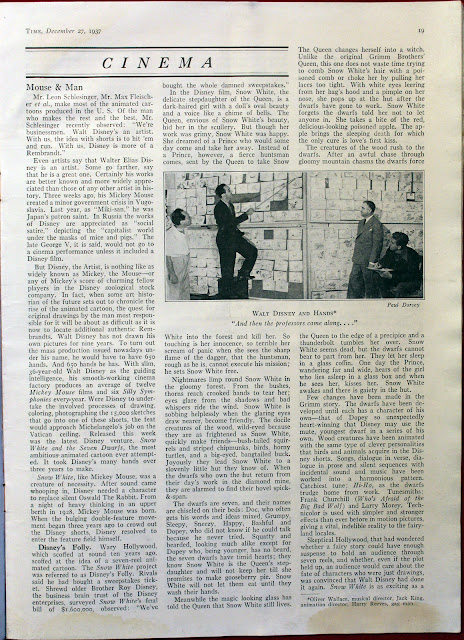 "As exciting as a Western, as funny as a haywire comedy." 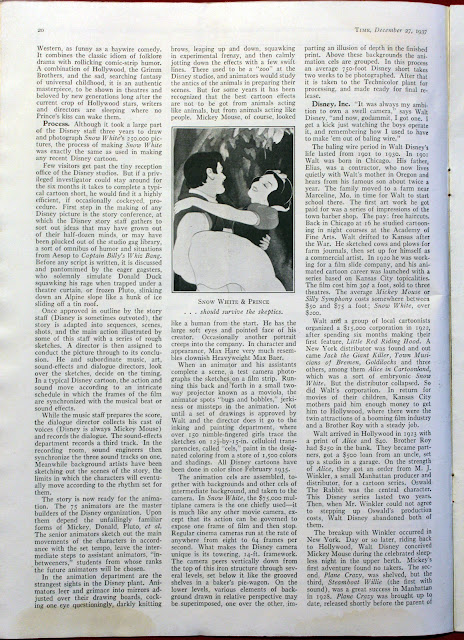 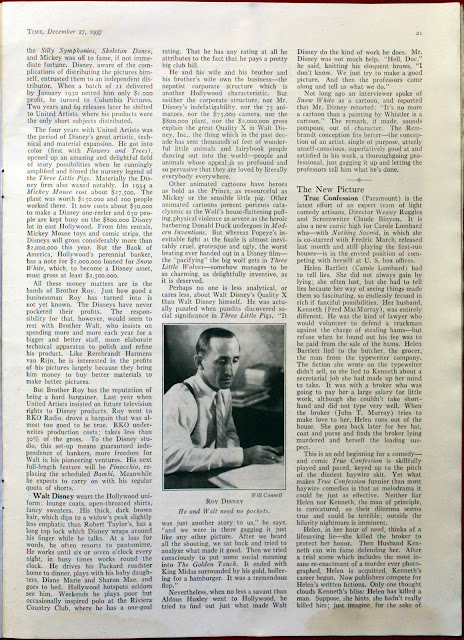 Actor Robert Taylor, who's similar looks are compared with Walt's in the article, is pictured in a  Lucky Strike ad on the back cover. 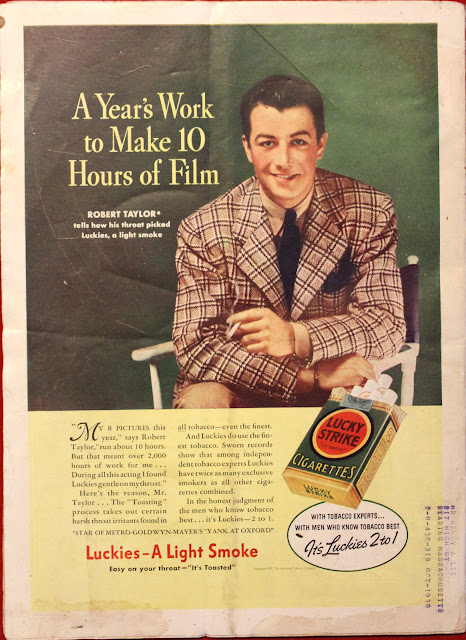