A lot of players have been involved with the creation of the Disney Bust Series--a collection of hand-painted, highly detailed, polystone resin character mini-busts. The Disney Company licensed Enesco to manufacture the line. Grand Jester Studios was employed to make the original figs. With the Evil Queen example below, well-known artist Romandy-Simmons came up with the design sketch, sculptor Jacqueline Perrault Gonzales made it a reality, and Sideshow Collectibles handled distribution. 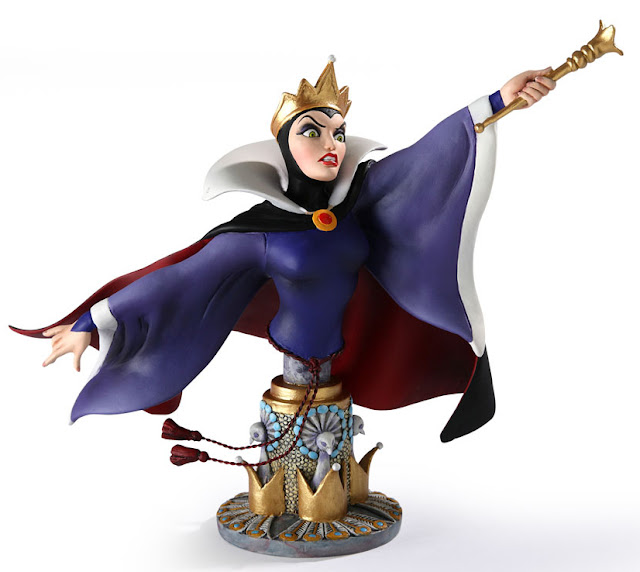 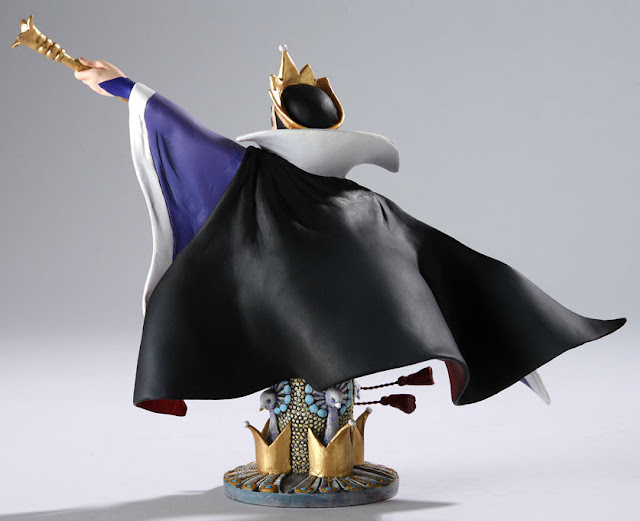 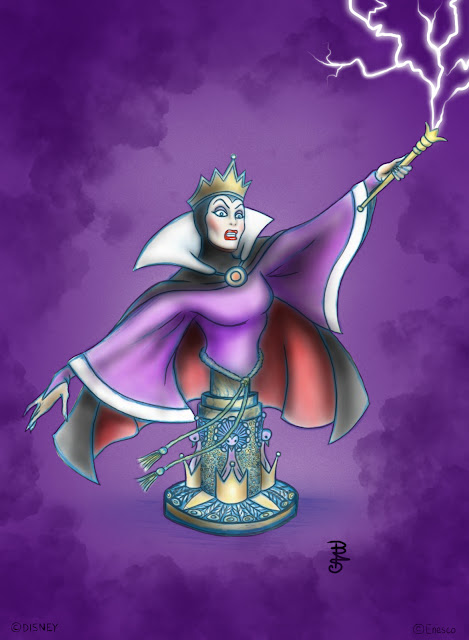 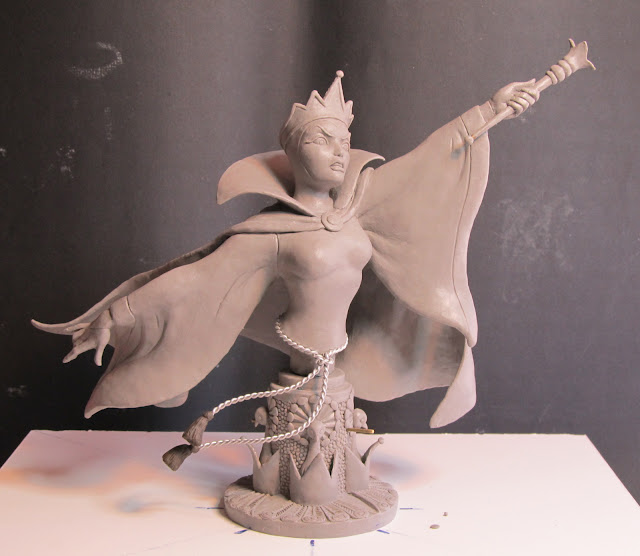 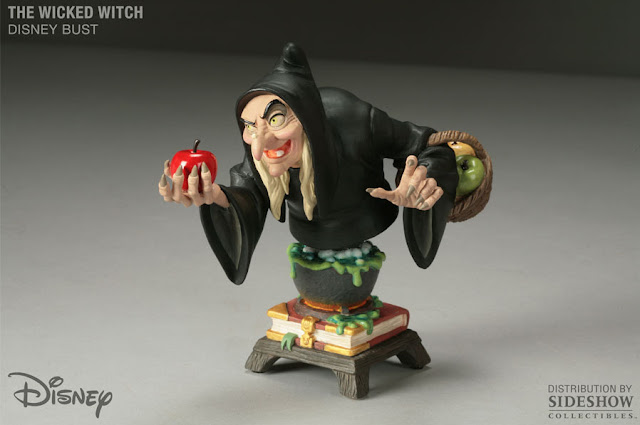 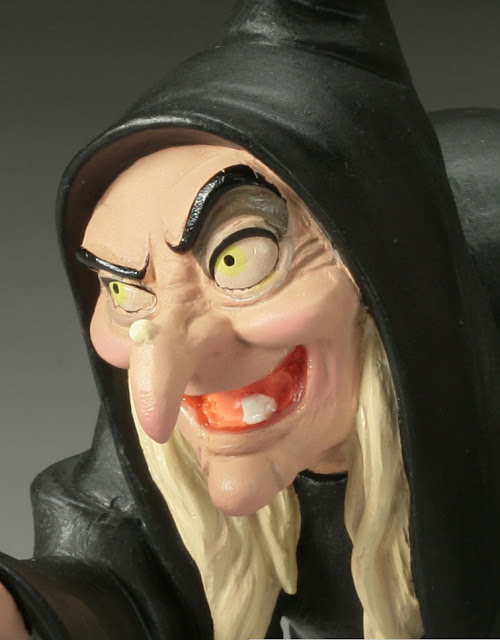 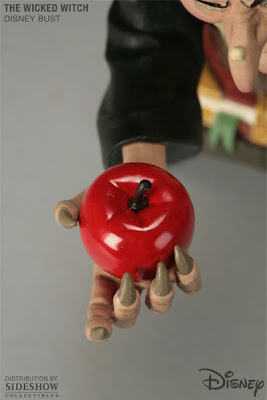 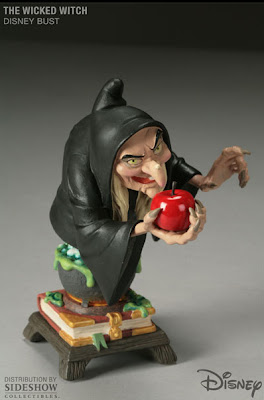 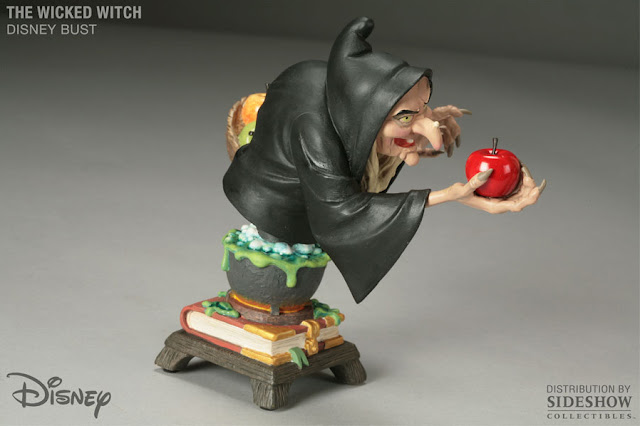 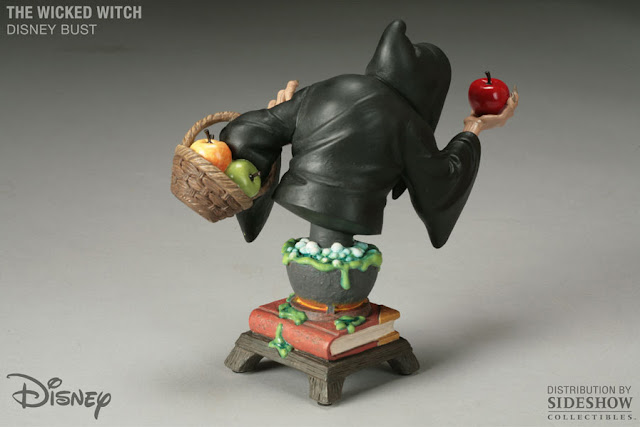 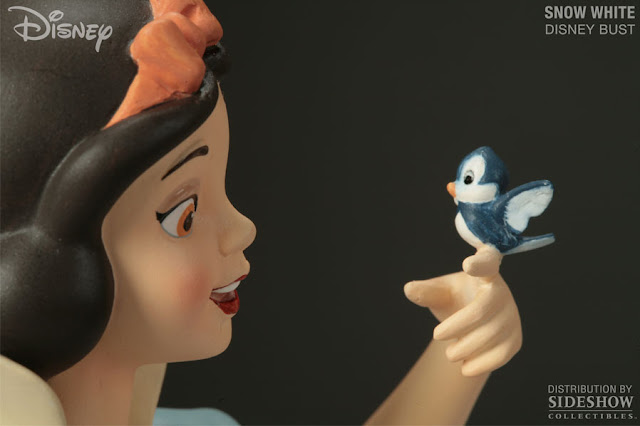 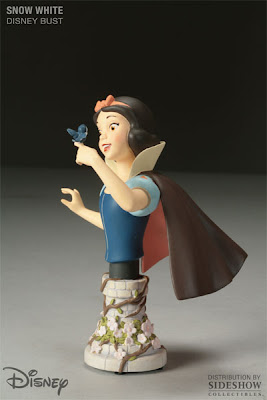 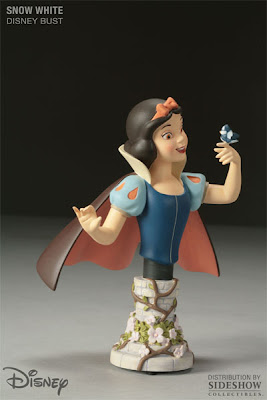 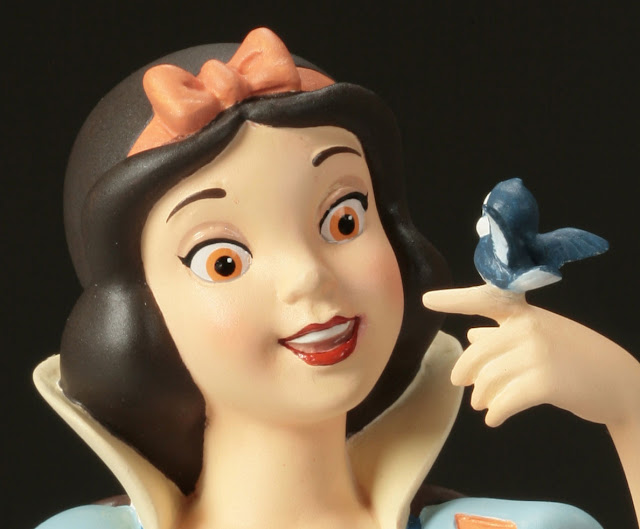 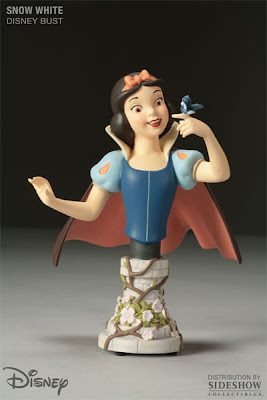 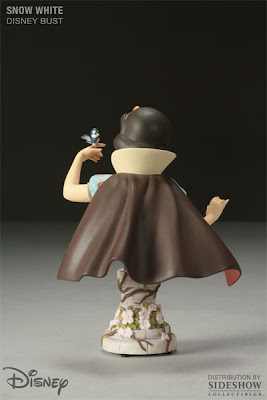 
Both the Snow White and Witch figures were first displayed at the 2008 Comic-Con in San Diego. 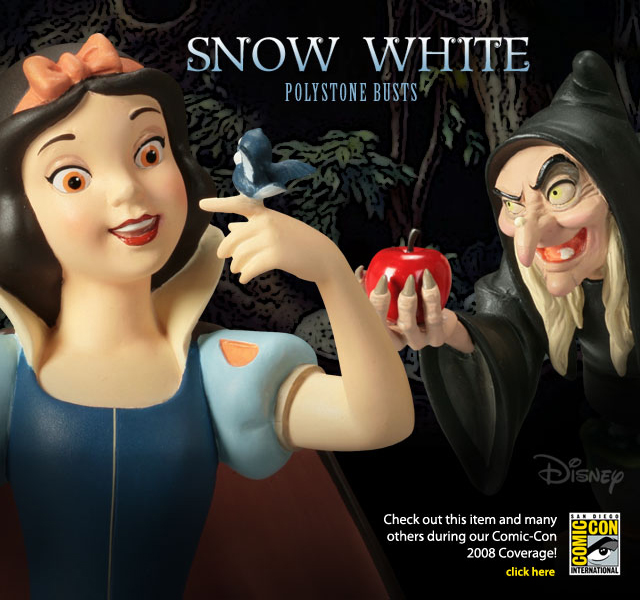