Mengel Playthings of St. Louis, MO manufactured wooden toys in the 1920s and 30s. Among the more popular items were several Disney-themed children's rockers including a Snow White and Prince "canoe". Constructed of plywood, it measure 20.5" x 33" and is 8" tall. Wt. 17 lbs. 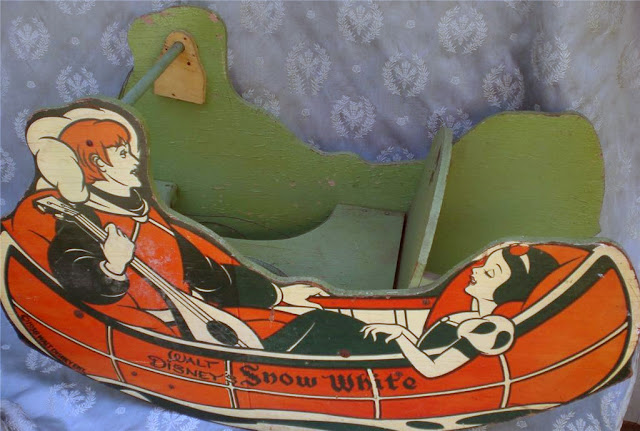 The manufacturer's logo pictures an elephant with a "MENGEL" circus blanket on its back. It stands on a "PLAYTHINGS" platform, atop a round barrel stamped with the letter "M". The design on this rocker is severely worn. 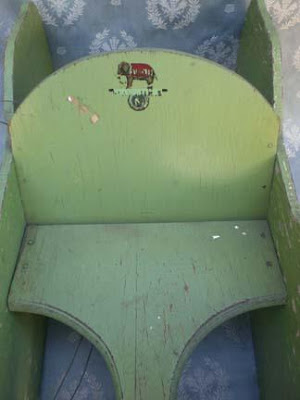 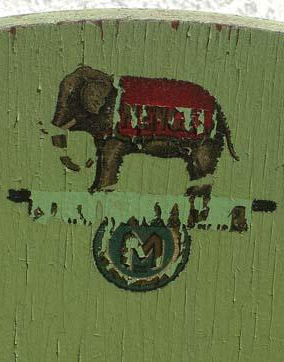 Here's the logo as seen on a Mengel swan rocker. 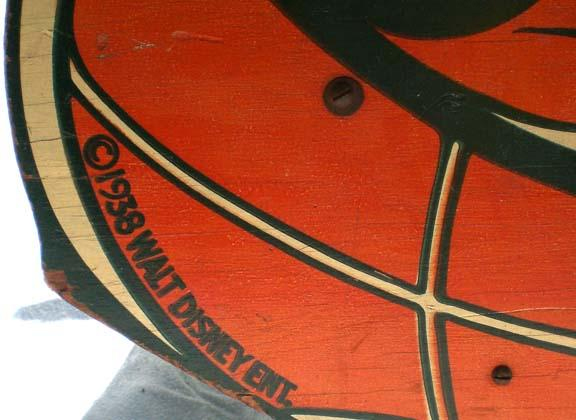 An ad in the April 1938 Playthings toy trade journal (p.143) presents our "Shoofly" along with a Snow White table set. 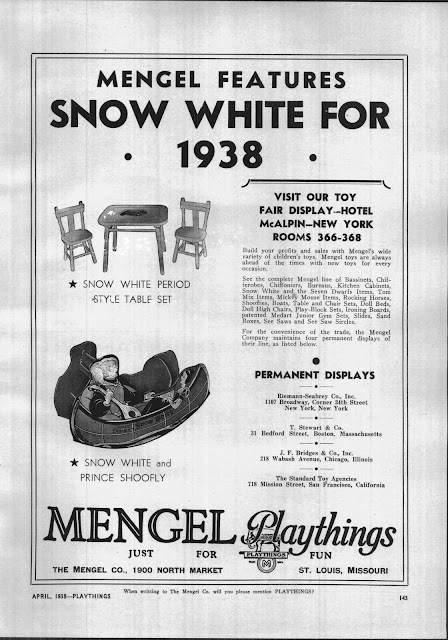 Wholesale price information is found in the 1938 catalog from L. Gould & Co. of Chicago. Retailers paid $7.00 for the Snow White rocker (not cheap for the Depression era), before passing a higher retail cost onto the public. Just goes to show how much selling power Snow White really had back then! 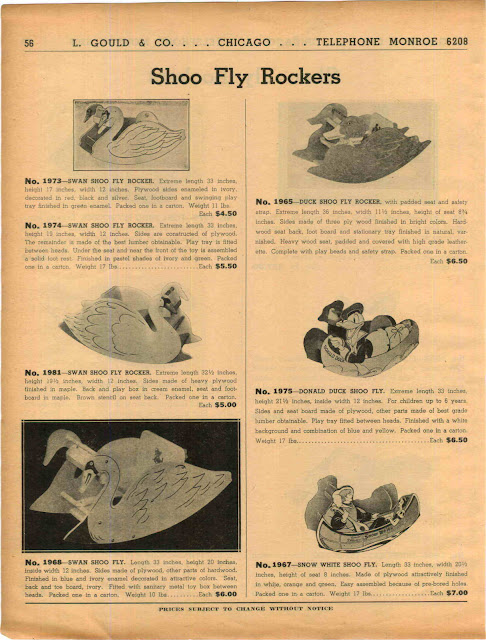 
The vintage artwork features Snow White with eyes closed, reclining in the canoe, her head on a pillow. The Prince also rests his head in a pillow while holding a stringed lute. "Walt Disney’s Snow White" is written on the side. 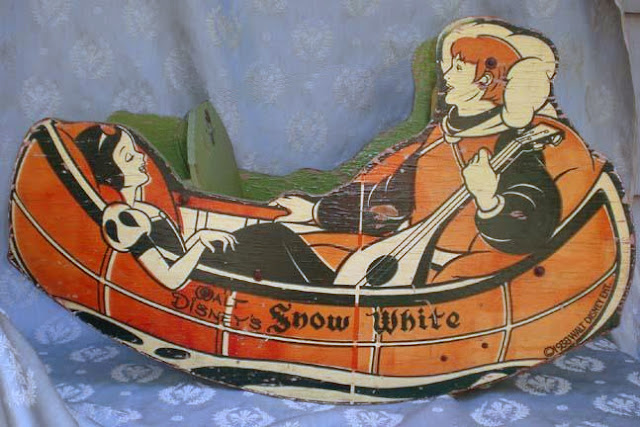 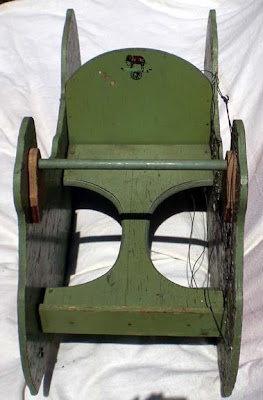 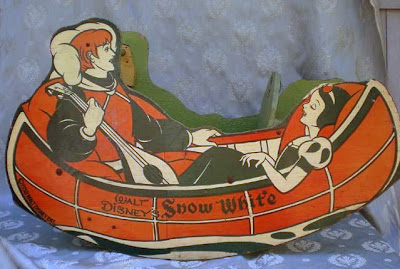 The rocker was included in The Collector's Encyclopedia of Disneyana by Michael Stern and David Longest, p.148 (Collector Books, 1992). 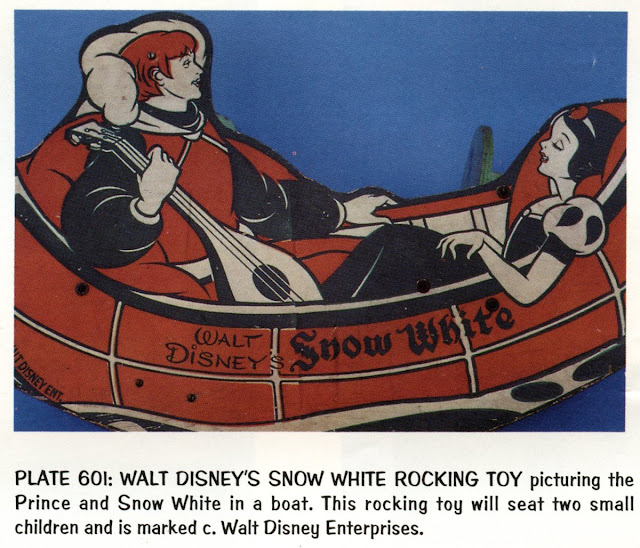 Mengel sold Mickey Mouse and Donald Duck Shooflies too.
Posted by Snow White Archive at 12:01 AM